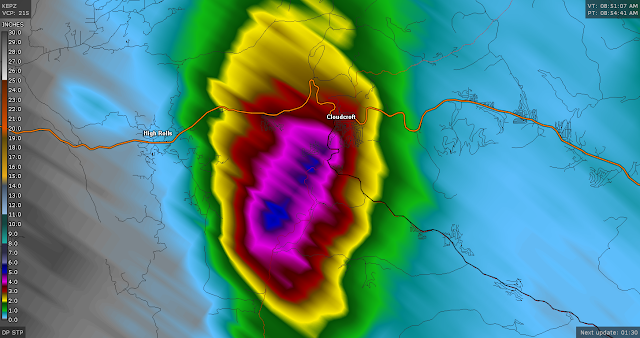 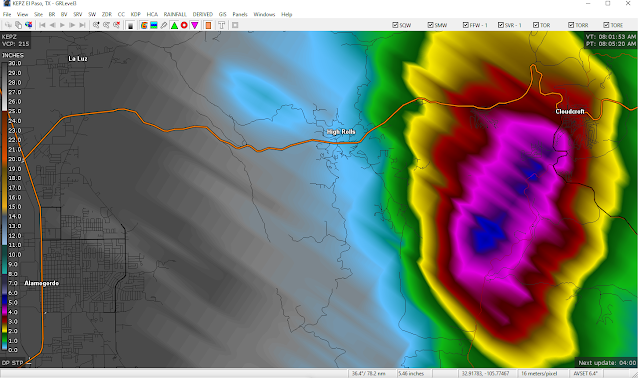 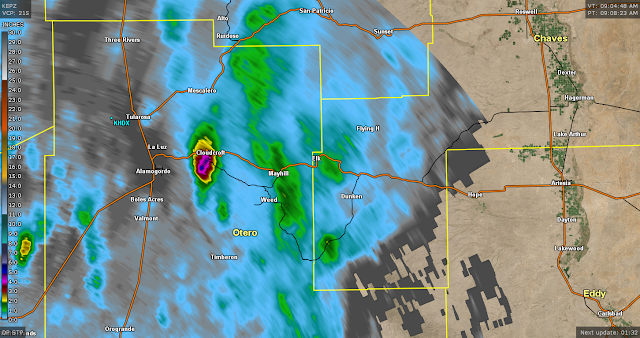 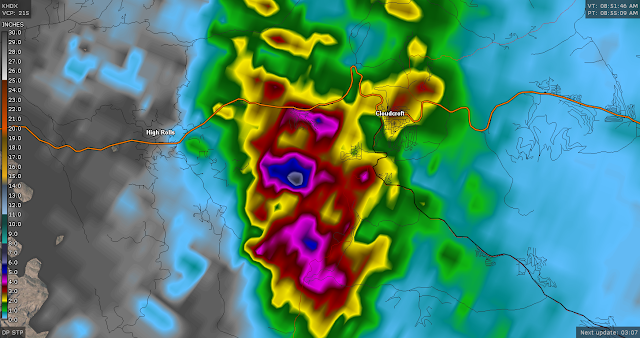 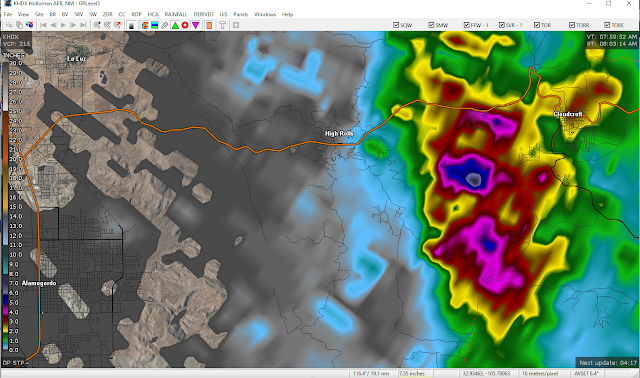 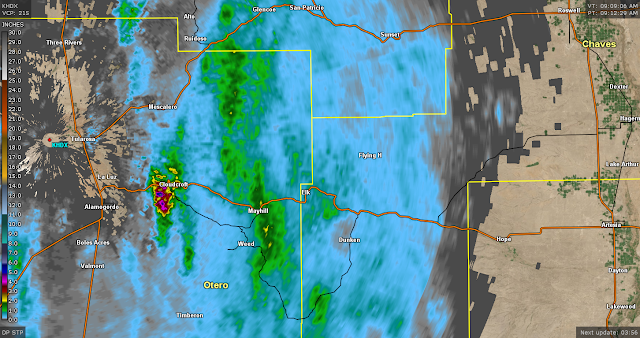 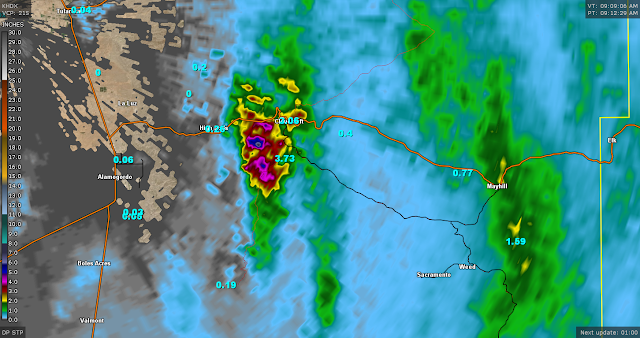 I will update my blog post later as additional rainfall totals and information about this event become available. Note how isolated this excessive heavy rainfall event was. Only a small area around the Cloudcroft area received the heaviest rains Friday afternoon! This is typical for New Mexico. 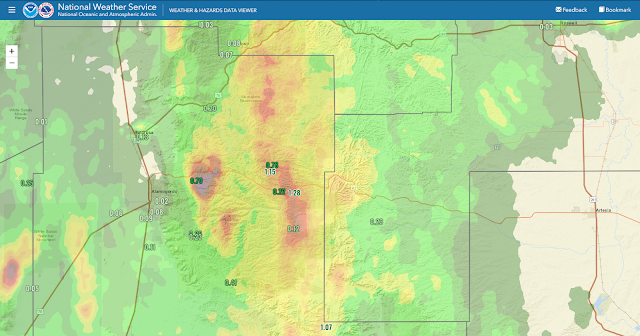 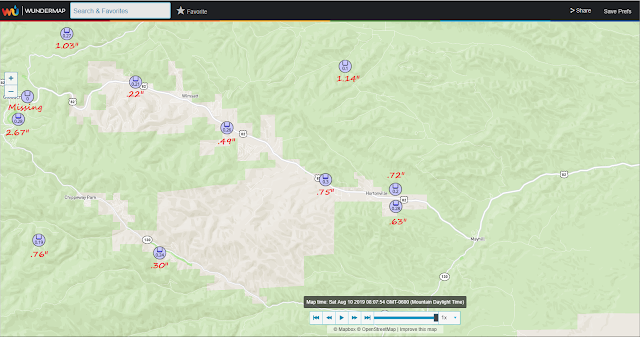 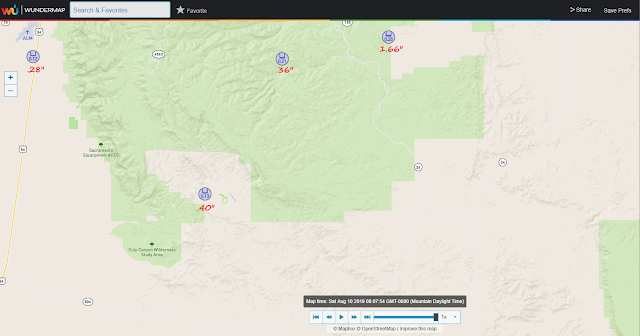 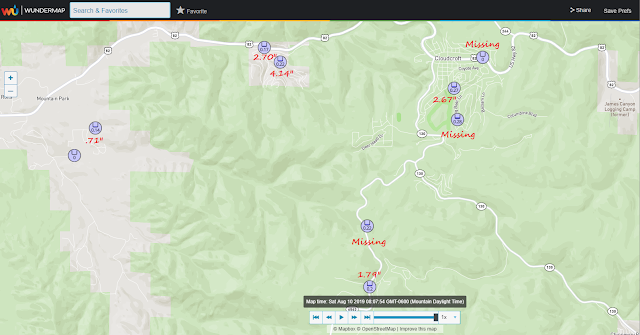 The rainfall totals within the blue circles are since midnight last night. The totals indicated in red are the 24-hour totals as of 9 AM MDT this Saturday morning.

Yesterday afternoon excessive amounts of rain were observed and noted by the El Paso NWS Radar, as well as the Holloman AFB Radar. Extremely heavy rains were estimated to have fallen from the Cloudcroft area south and southwestward.

The El Paso Radar estimated an area of 3" to 5" in the darker red and blue shaded areas south and southwest of Cloudcroft.

The Holloman AFB Radar which is much closer to where the rains fell estimated rainfall totals of 3" to up to as high as 7".

Electricity was out across much of the area yesterday afternoon and evening due to several rounds of thunderstorms. Some of the reported rainfall totals listed below in the graphics may not be accurate due to the weather stations being knocked off line due to the power outages.

Unfortunately it appears that there were not any Personal Weather Stations (PWS) or Automated Weather Stations reporting online that were located in the core areas where the heaviest rains fell. It would be interesting to see if someone had a rain gauge with a report from those hardest hit areas.

Locally the highest 24-hour total that has been reported is the 8.41" that fell at the Carlsbad Caverns Visitor Center (NWS Climate Co-Op Station) on June 24, 1986.

During the flash flooding of 1986 I had several local ranchers in the Guadalupe, Sacramento, and Capitan mountains report 24-hour totals of 10" or more. Storm totals in some mountain locations for that month reportedly ranged from 20" to 30".

So when you get 24-hour rainfall totals above 5" you are in record territory. These radar estimated 24-hour totals are definitely in that category. 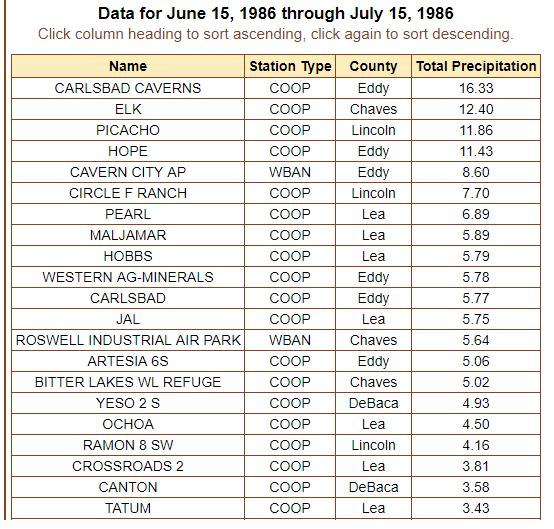 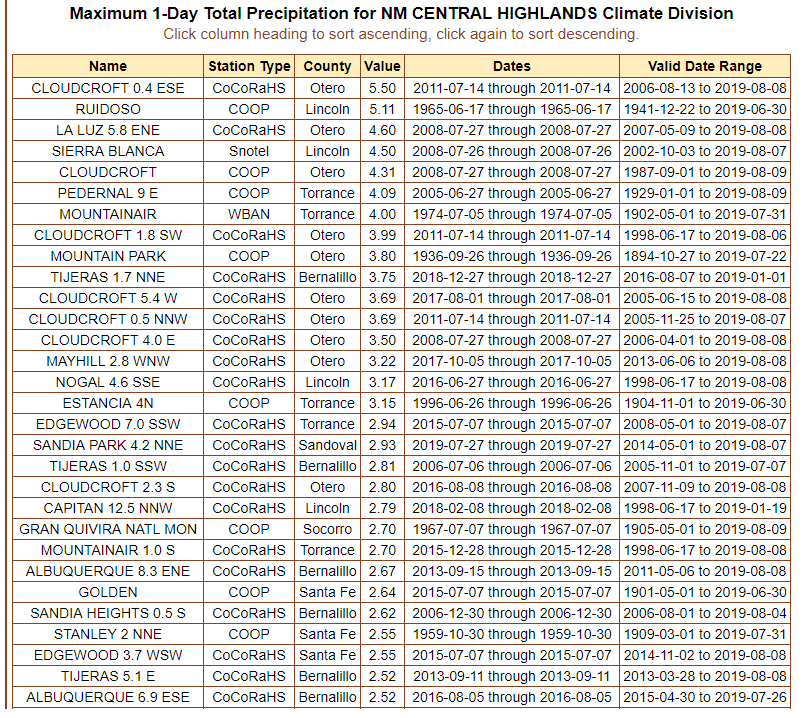 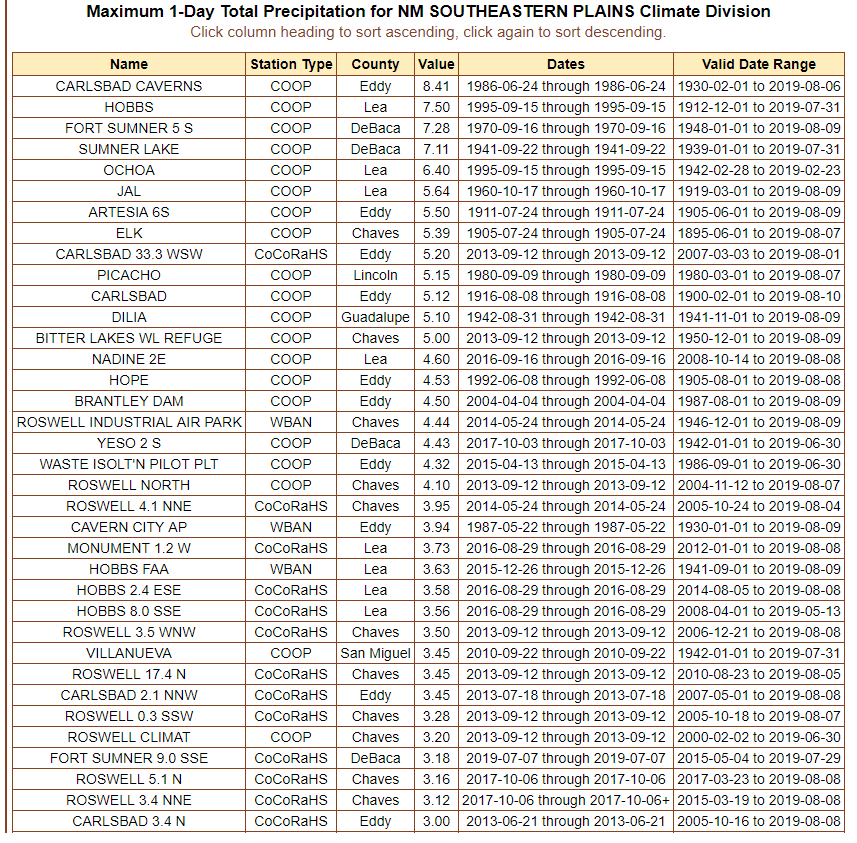 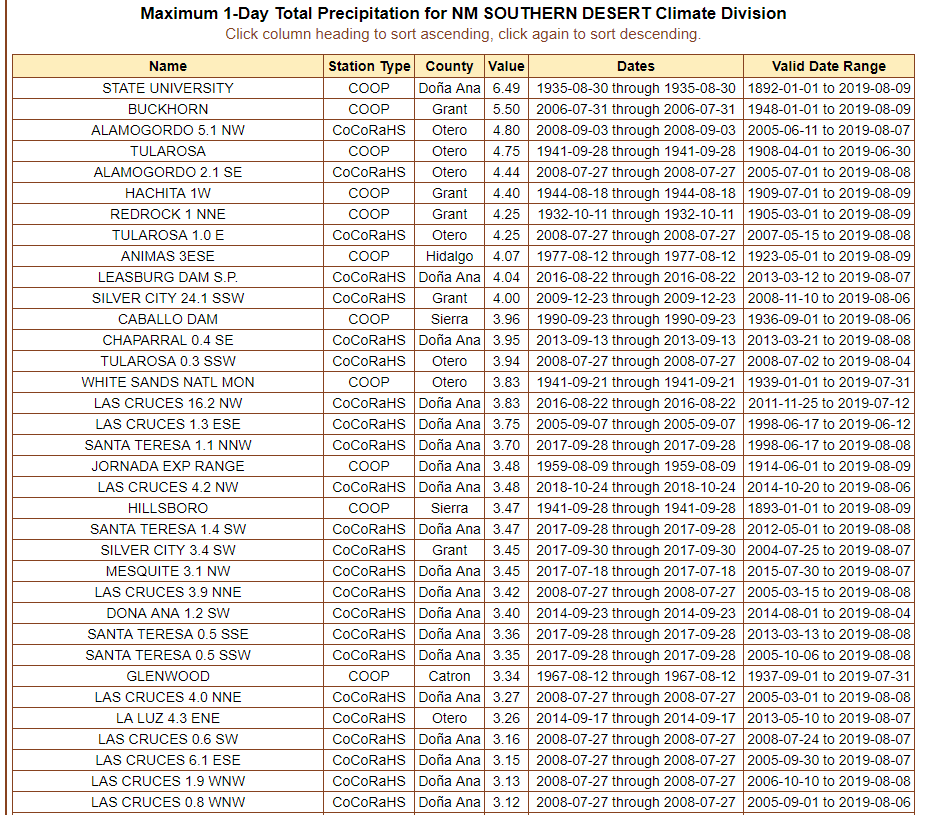 The Truth Is Stranger Than Fiction - And Sometimes It Hurts!
on August 10, 2019
Posted by Wendell Malone