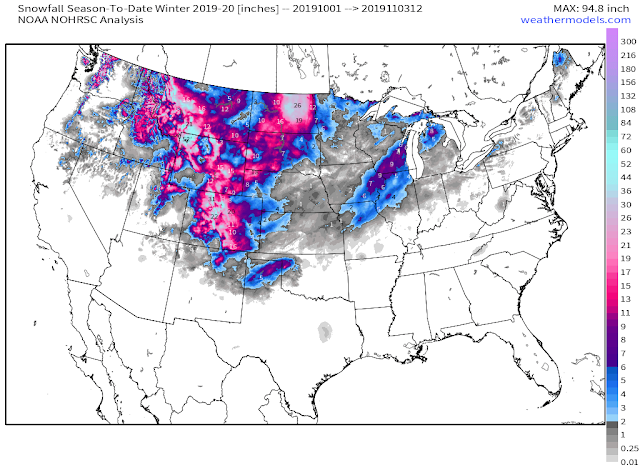 Fall got off to one heck of a start as far as snowfall is concerned. Take a look at what has already fallen so far across the northern and central Rockies, and parts of the Midwest, and even as far south as northern New Mexico and the Texas Panhandle.

Across the continental U.S. during October there were 839 new daily snowfall record totals recorded. 86 of these stations set all-time monthly snowfall totals for October.

So the question is whether or not this is a precursor or an indication of what our upcoming winter will be like? Generally I try and avoid long range forecasting. Its simply hard enough trying to figure out our weather in the short or near term much less months down the road. Not too many people get it right and then older I get the less bold I become.

Given that I will say that there is a lot of discussion going on in the weather world about this very subject and a lot of weather folks are thinking much of the U.S. is in for a wild ride this winter. Meaning lots of cold outbreaks and snow generally where it has already fallen and east of the Rockies. Without a doubt the ongoing solar minimum is and will continue to play a role in all of this along with other factors. One of them is the current warm pool in the northwestern Pacific. When the Pacific does flip from a warm PDO to a cold phase will also be a key factor. Many other factors play a row in all of this too so for now it a wait and see game.

Speaking of the sun I'm still watching to see if in fact we have entered the beginning phase of a Grand Solar Minimum. There continues to be a lot of research and support around this idea. Many climatologists, meteorologists, and physicists believe that the planet quit warming around 1997 and has started a slow decline or cooling phase temperature-wise. If this is true and we have entered another Grand Solar Minimum like the Maunder or Dalton Minimum then we have somewhere between 30 and 100 years of global cooling ahead of us.

For those of you who subscribe to WeatherBell meteorologist Joe D'Aleo has published an excellent update on this subject today on their web site.

My thinking is that we will see some pretty cold temps this winter locally at times along with average to perhaps above average snowfall. 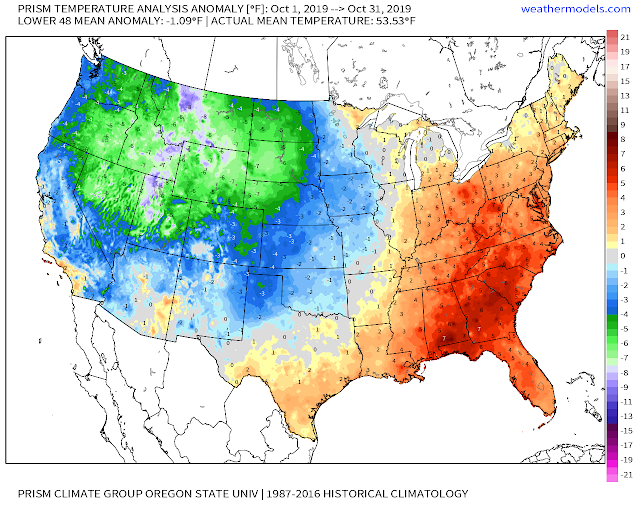 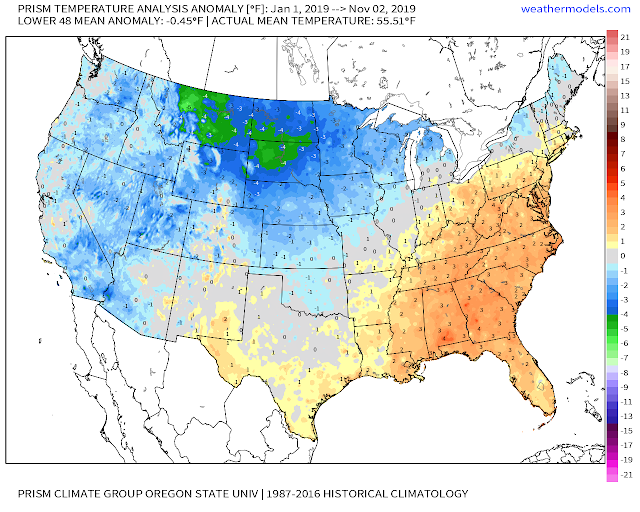 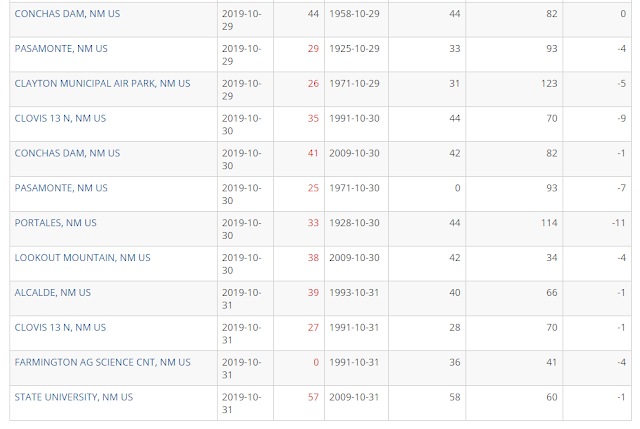 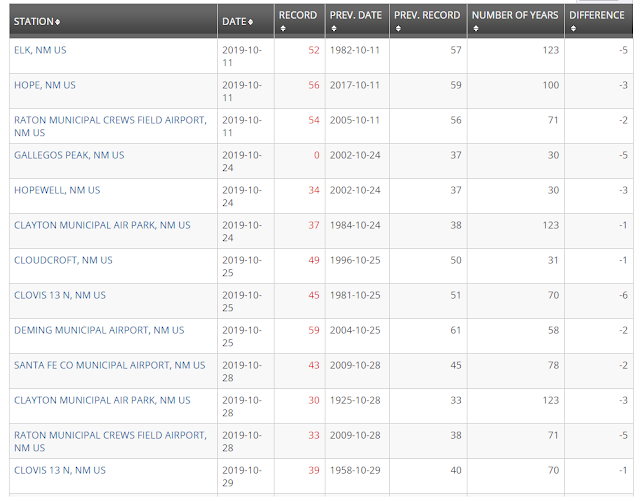 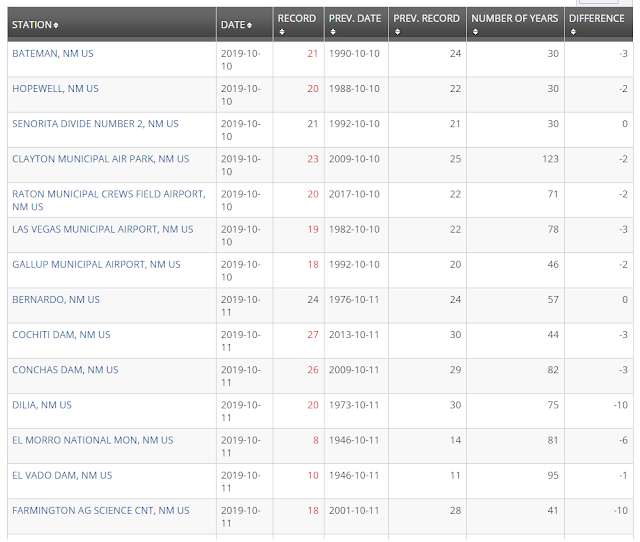 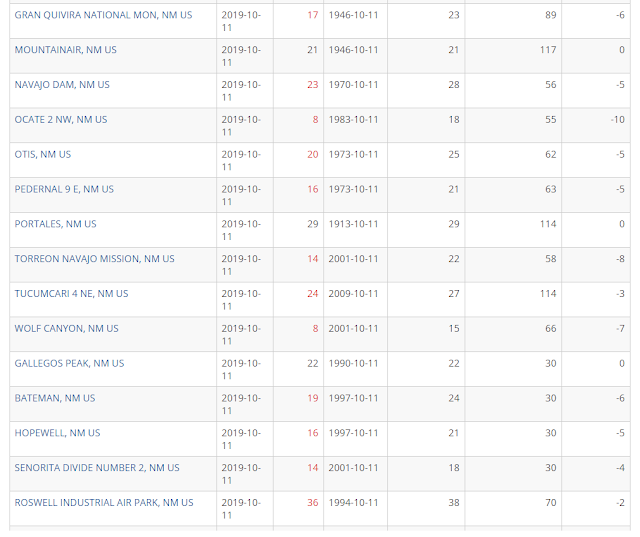 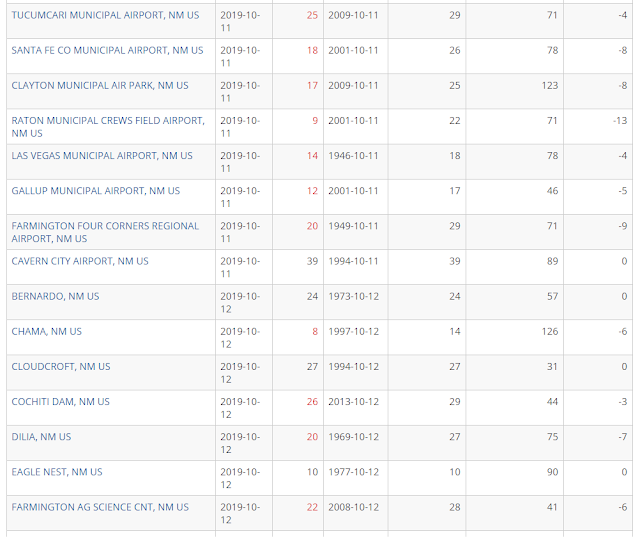 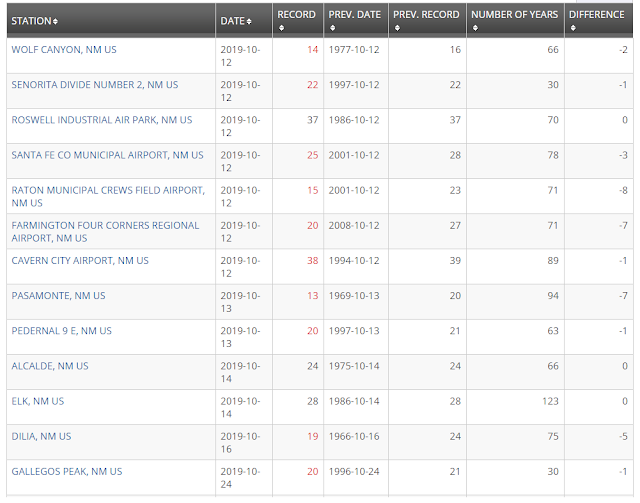 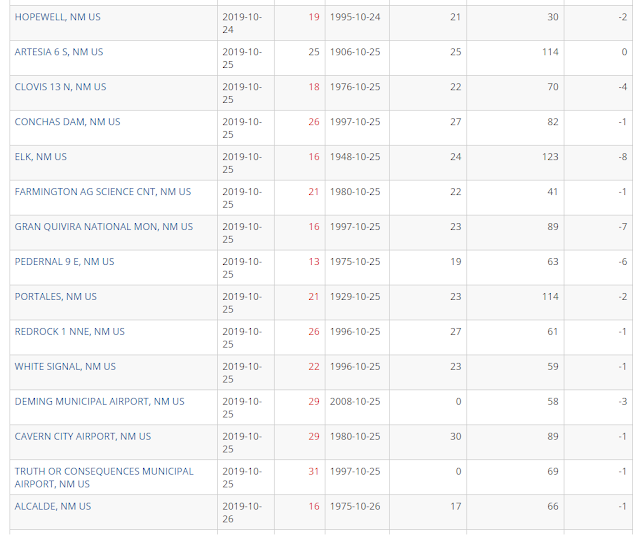 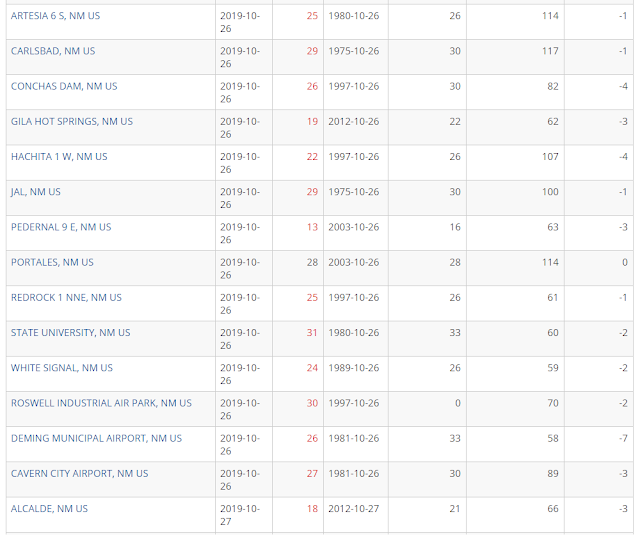 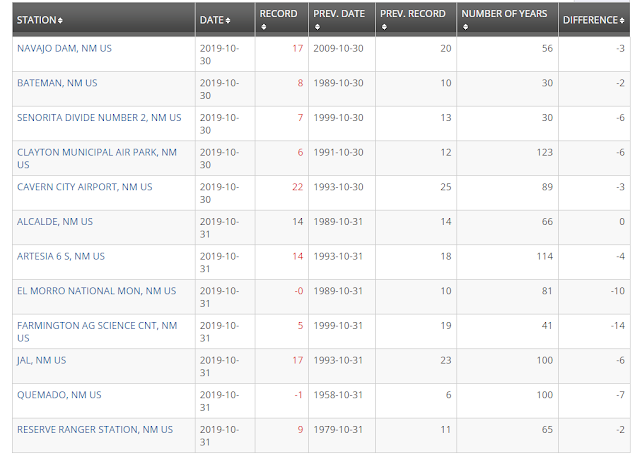 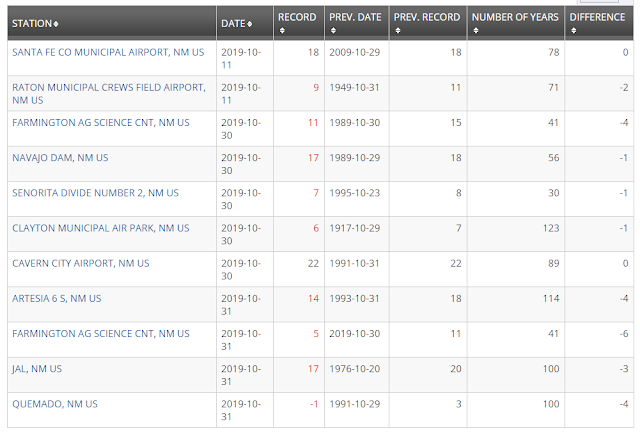 Honestly its hard to say just because the fall has already gotten off to a record snowy and cold start (October) that the rest of the winter will follow suit. But without a doubt its something that warrants attention and if it is a precursor to our upcoming winter we are in trouble!