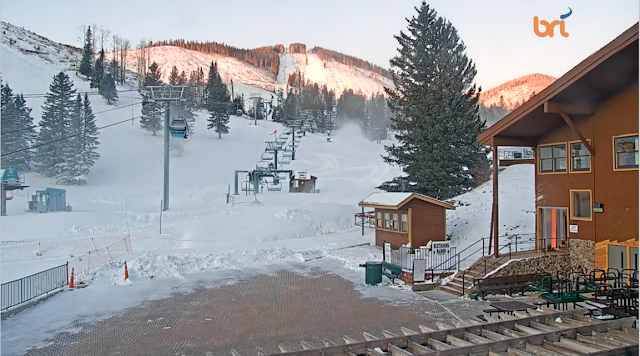 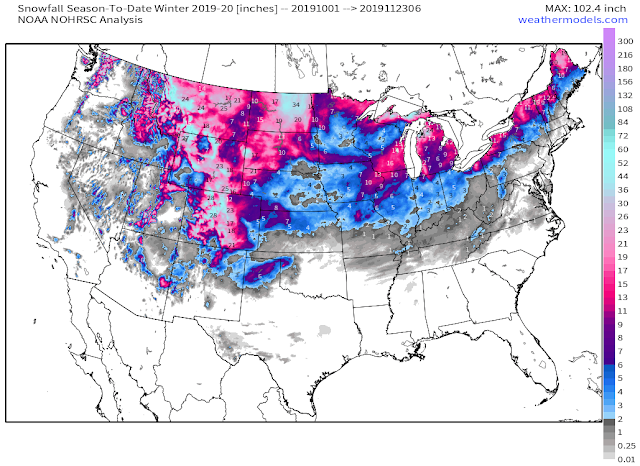 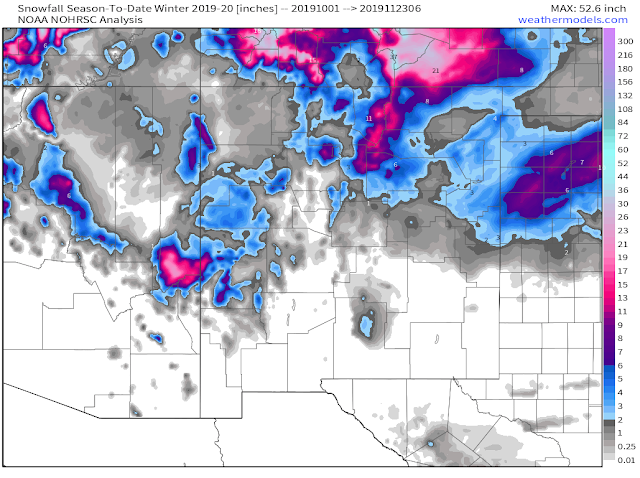 No doubt about it the fall has seen some pretty impressive snowfall totals already. If this is any indication of what's ahead for winter then strap them on and get ready to go for a wild ride...hang on! 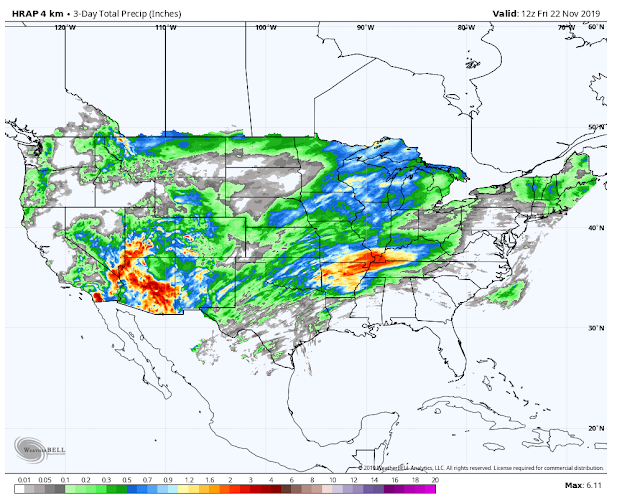 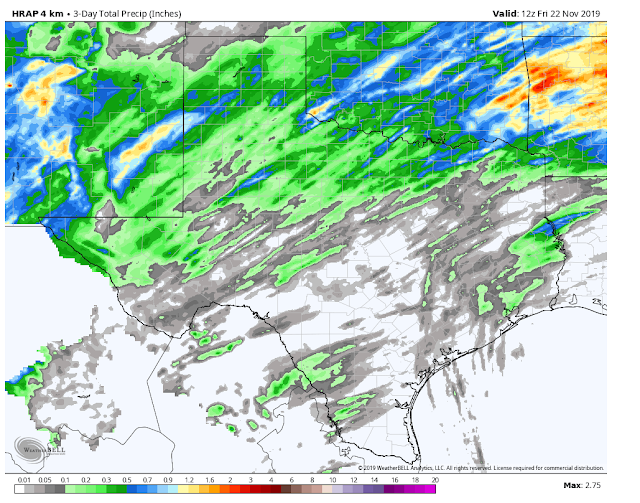 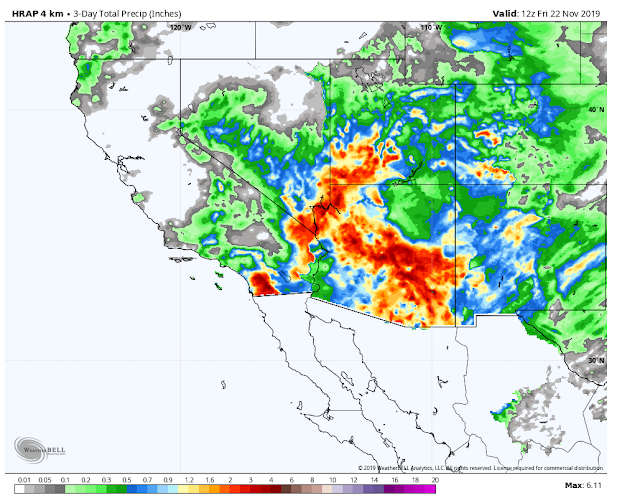 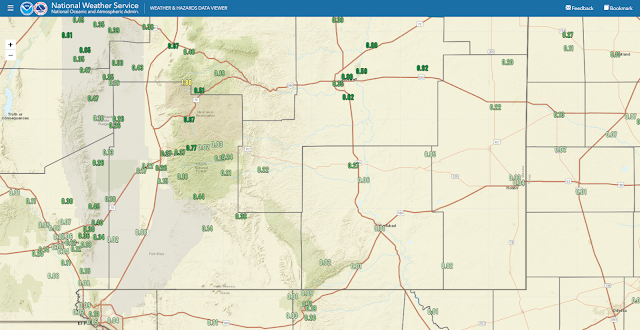 Our latest storm dropped some very impressive rainfall totals for November. Too bad most of this was out in rural areas. Reported totals and radar estimates depict a swath of .50" to 1.75" from northwestern Eddy County northeast into Chaves and Roosevelt Counties. Radar estimated the heaviest rains fell just northeast of Roswell, near Albuquerque, and much of central Arizona. 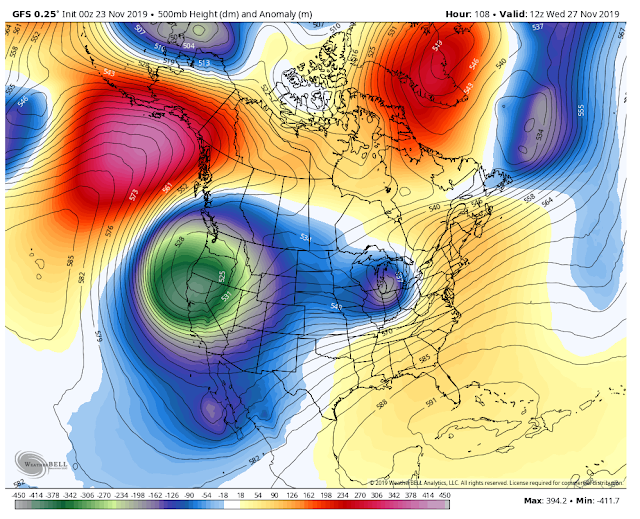 Looking at the last several runs of the U.S. GFS computer forecast model and I can't help but get excited about the potential of our next winter storm due to arrive mid-week next week. As too often is the case this model is just completely beside itself in forecasting a Major Winter Storm to impact the area. The European and Canadian models are less enthusiastic about the storms strength and snowfall and rainfall totals. I'll keep watching the models to see how this all will unfold next week but for now here's a very rough first look.

5 AM Next Wednesday Morning. 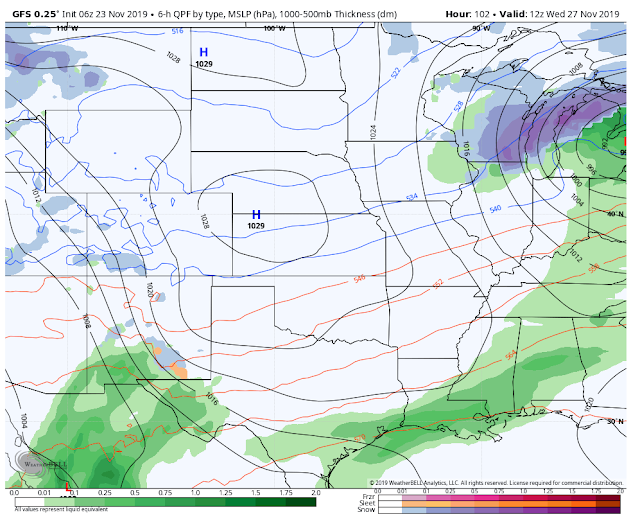 11 AM MST Next Wednesday Morning. 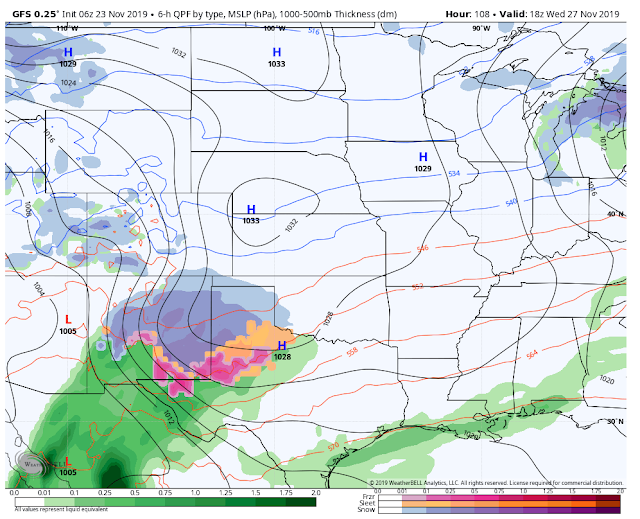 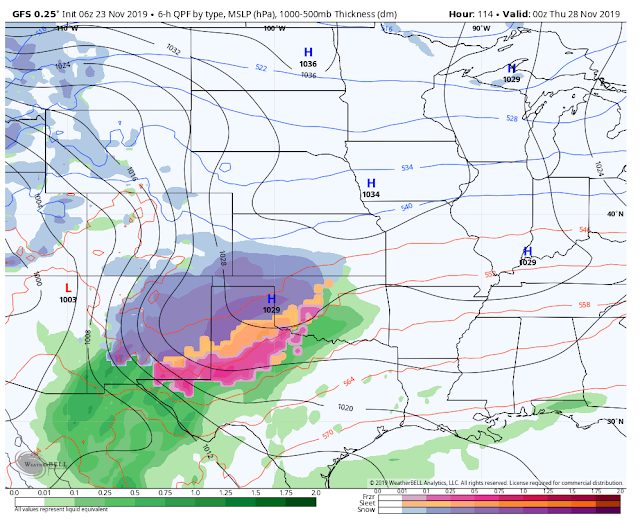 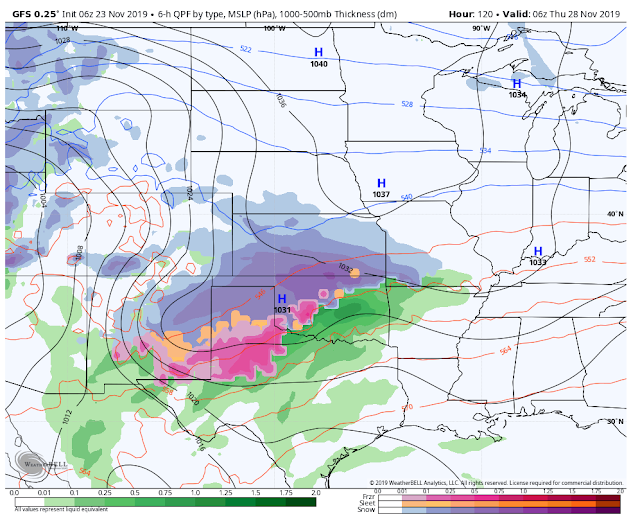 If and right now that's a really huge "If" this forecast model (GFS) is anywhere close to correct with its forecast next week...we would get clobbered. Just in time to mess up a lot of peoples holiday travel plans for sure. A nightmare mix of rain (green shades), changing over to freezing rain (pink shades), sleet (light orange shades), and heavy snow (blue shades) is forecast for the local are beginning Wednesday morning and lasting until sunrise Thanksgiving. Should this forecast verify travel across the local area would become dangerous and life threatening Wednesday into Thanksgiving. 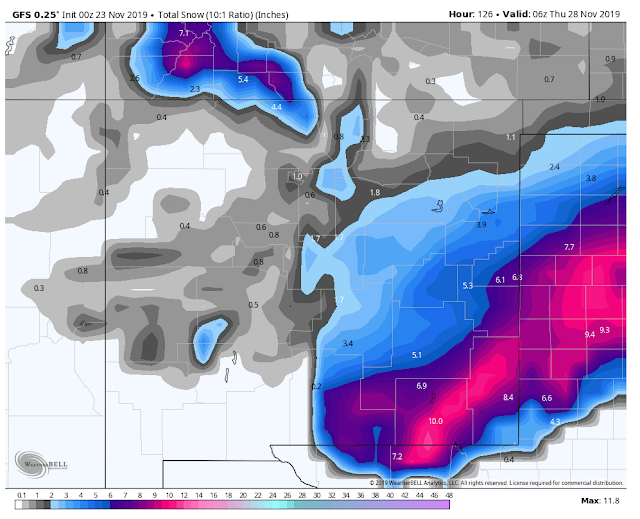 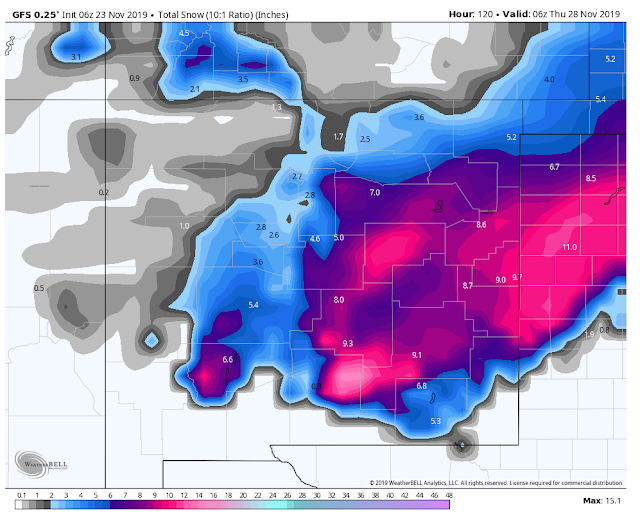 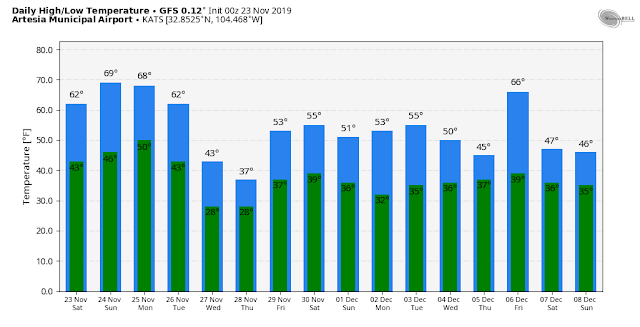 Comparing yesterday afternoons forecast run and last nights run indicates a more expansive area of heavy snow over the area. But..yea there is a big "but" in all of this, sorry. For one this is just one forecast model and the others aren't near as optimistic as the GFS and we are still five days away from the event so a lot will change between now and next Wednesday. Keep all of this in mind and be prepared for a storm just before or during Thanksgiving this year.