America's Future Will Be Decided November 3rd - And The Climate Change Agenda Plays A Huge Role. 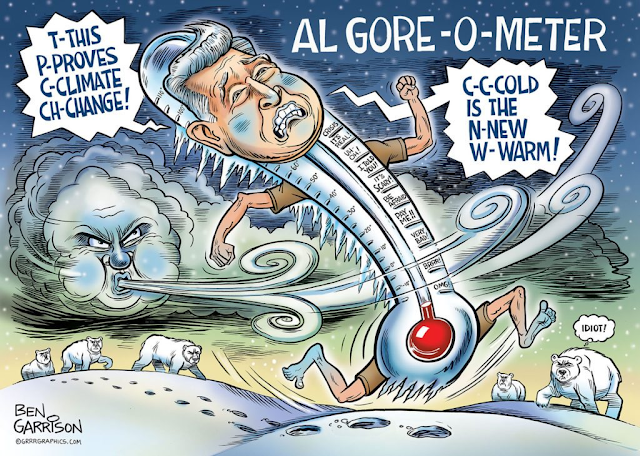 Our Sun Refuses To Wake Up.
NASA declared on September 15th that Solar Cycle 25 had begun. To date, our sun refuses to wake up so to speak. It's solar flux or radiance is flat and it continues in a deep slumber in the 11-year sunspot cycle. In fact, we are at the beginning of the next Solar Grand Minimum which occurs roughly every 200 to 220 years. NASA has been predicting that the sun was going to wake up with the new Solar Cycle (25), it's not happening.
America and the rest of the planet were in the grips of "The Little Ice Age 1300-1820" when the Pilgrims begin settling her. Europe suffered terribly during the Maunder Minimum (1645 - 1715?) By the time Lewis and Clark were pushing west America was in the Dalton Minimum (1790-1820). Life was extremely hard during this time with millions across the planet dying from the cold, famine (brought on by the cold), poverty, war, disease, and pestilence. All during what we know as the "The Dark Ages". An excellent read on this is "The Third Horseman - A Story of Weather, War, and the Famine History Forgot".
In 1914 we entered the Modern Solar Maximum which ended in 2008. This was a time when the planet recovered and warmed up from its "cold" so to speak. Since then we have been in the pause and now a very slow decline in Global temperatures beginning. One thing (there are many many more) that the modern-day biased Liberal Media does not tell you is that the planet's oceans absorb heat and release it much much slower than the continents do. So yes the planet did warm for most of this century, which is totally normal, and as the oceans gradually cool, and the sun sends us less and less heat, the planet will cool. This is the next Solar Minimum that we are in the beginning stages of which will be known as the Eddy Solar Minimum. Once again the planet will cool as the cycle of Climate continues on and on. This is normal and has nothing whatsoever to do with Manmade Climate Change.
During Grand Solar Minimums and The Last Little Ice Age, the sun affects the magnetic field of the planet. The sun dims and this has an effect on the cooling of the planet. More clouds are produced and this adds to the cooling. As we enter the next Grand Solar Minimum our weather will react as it did during The Last Little Ice Age. The Jet Stream pattern will change which will have resultant changes in our weather. Wild swings in our weather will occur during this transition time. We will see heat waves, droughts, flooding, harsh winters with extreme cold, shorter growing seasons, all of which will have a devastating effect on the world's economies. In time extreme fluctuations in our weather will become more common. As time progresses the planet will become colder and colder. There remains a great deal of disagreement on the time frame for the Eddy Solar Grand Minimum and how long it will last but generally some 30 to 100 years.
Massive earthquakes occur along with devastating volcanic eruptions. We are due for the next New Madrid Earthquake as well as the next "Big One" in California and the Pacific Northwest. During "The Last Little Ice Age", the following volcanoes underwent massive eruptions that played a major role in cooling the planet. Huaynaputina (1600), Laki (1783), Tambora (1815), and Krakatoa (1883) as well as others. We are entering a time when these types of events will repeat themselves.
What the public is not being told is that the periods of extreme cold that grips the planet from time to time kills far more people worldwide than the periods of warmth does. When the planet warms up mankind prospers. When it cools down we suffer. Wars, droughts, famines, diseases, and pestilences become more common and kills us. This is the truth. This is what the Radical Left will not tell you.
Spotless Days-

What The Media Isn't Telling You About Climate Change.
(A Cold Welcome: The Little Ice Age and America's Colonial Beginnings).
What everyone should know about the Climate Change debate. Intended for those that have some knowledge but want to know more in order to make an informed opinion. This is a good video illustrating why the debate isn't over and explains what you have to lose.
Politicians Have Weaponized Weather & Climate. 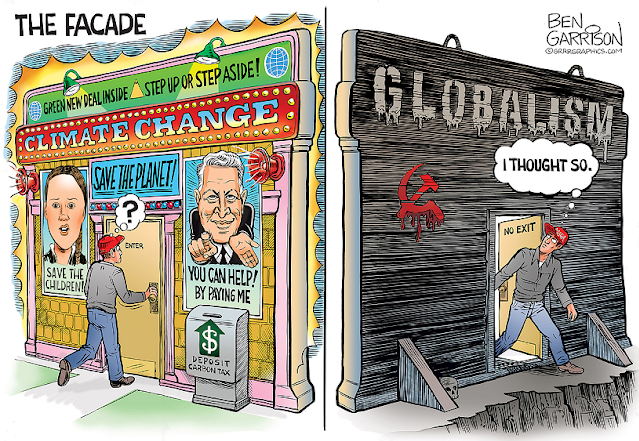 Dangerous Elites Planning ‘The Great Reset’ For A Post-COVID World.
The Real ‘Climate Crisis’ Is At The World Economic Forum.
Millions of people across the planet are waking up and realizing that the Climate Change Agenda is the biggest fraud and lie ever thurst upon on modern mankind. Climate Change is a political tool being used by the Radical Far Left, the Globalists, and the Rich Elites to drive the world's governments into Globalism. It is their Green Religion. This has nothing to do with facts about our weather or climate...nothing at all.
These people are getting desperate as evidenced by the last presidential debate with President Trump and former Vice President Joe Biden. With a repeat again with Vice President Mike Pence and Kamala Harris. Their tactic is to scare us into submission. We are continuously bombarded day in and day out with their radical, crazy, nonsense that we are going to destroy the planet and ourselves if we don't accept their Agenda which includes the New Green Deal.
In 24-days America will have the most important election in her history. Our very lives and future as a nation depend upon how we vote. Should Joe Biden, Kamala Harris, and the Globalist win we are done for as the nation. America will not be the nation that we grew up in. She will be rapidly turned into a Third World Nation of Poverty under Socialism and Communism. Our freedoms and rights under the Constitution and Bill of Rights will be taken away. We will become their political slaves with no protection except for self-defense.
The Communist Democrats and their backers now openly tell us daily that they will do away with the fossil fuel industry and replace it with their radical New Green Energy Plan. By the way which is nothing short of a disaster. Look around you and name me one Communist or Socialist Nation that enjoys the prosperity that America does. This is an attack on the Free Market Economy of the Western World, specifically the United States. We cannot let these evil people win this election. Vote and vote red America, vote for President Trump. Vote for our future, for our children, our grandchildren, and the generations after them.
The Truth Is Stranger Than Fiction!
Email Post