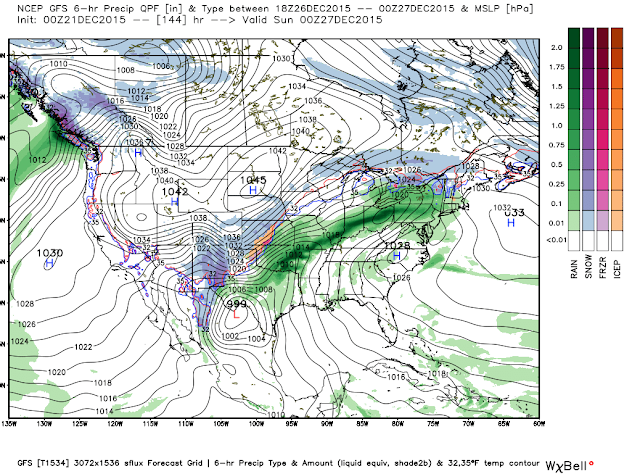 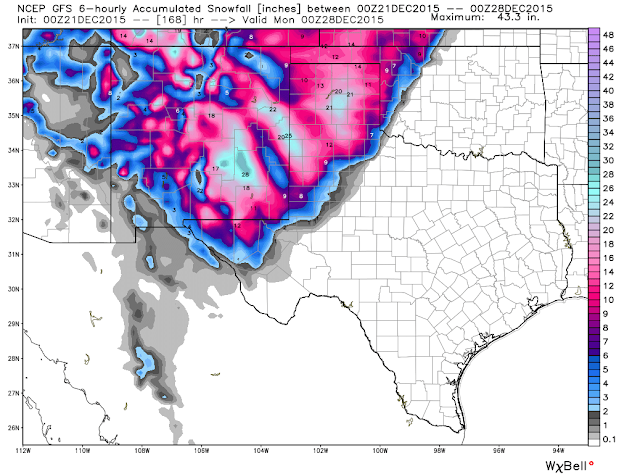 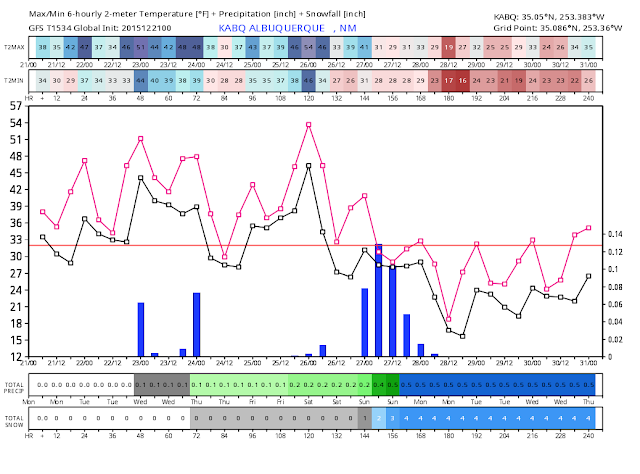 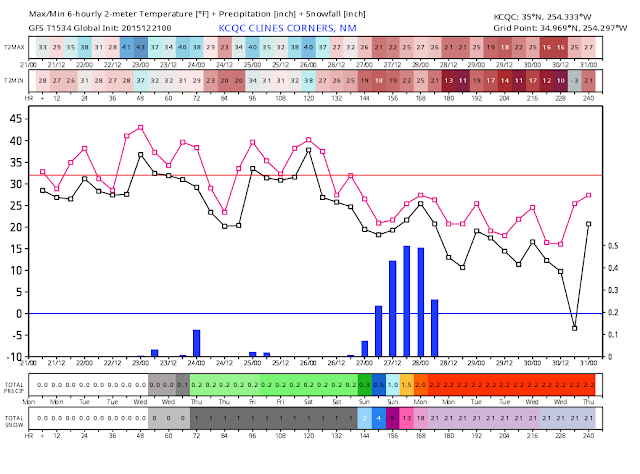 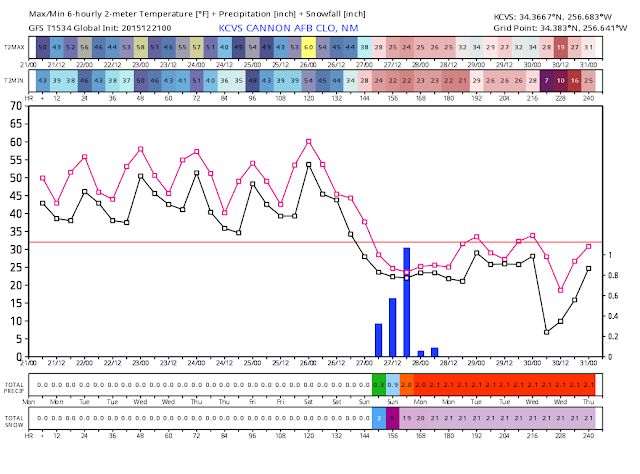 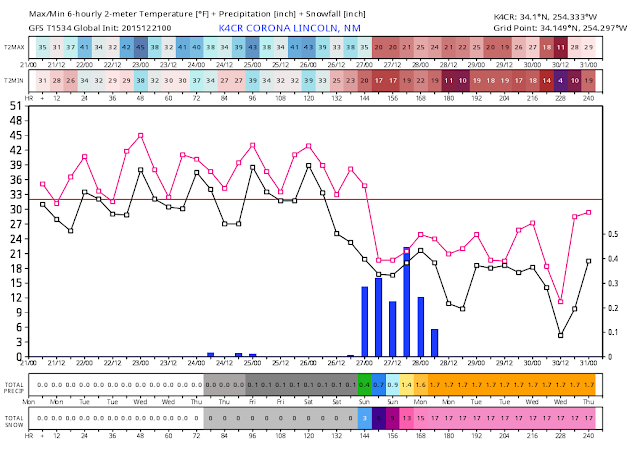 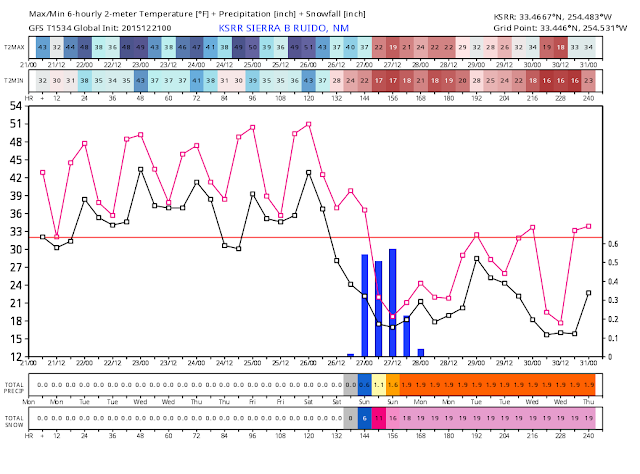 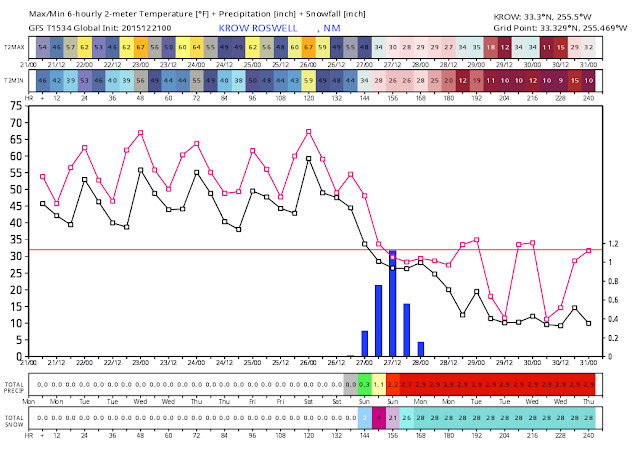 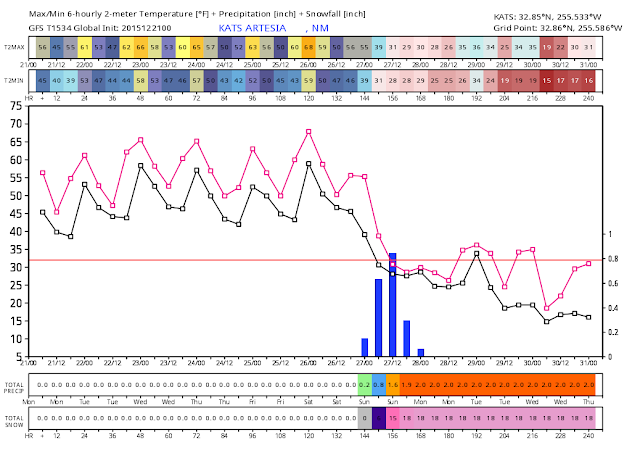 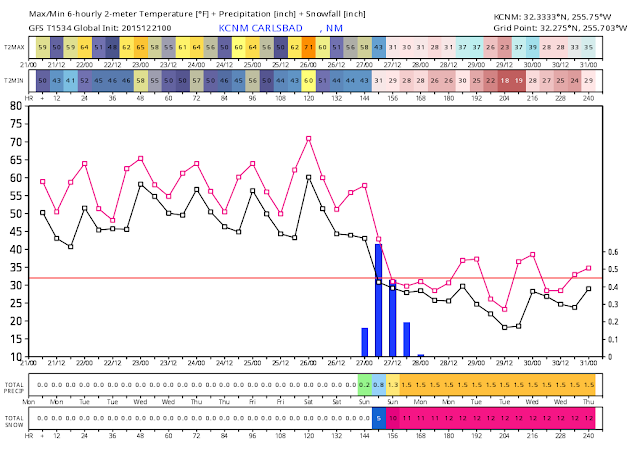 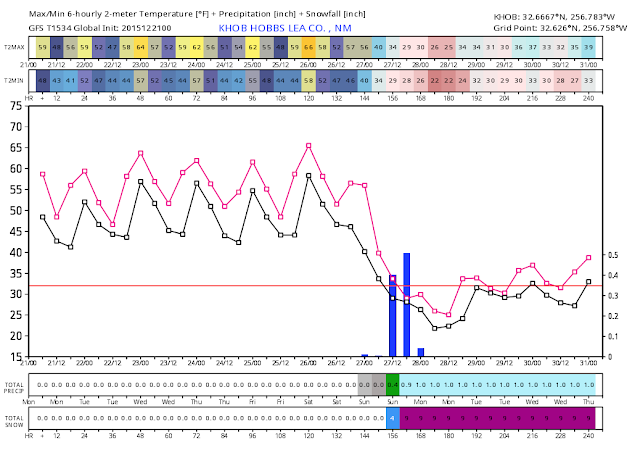 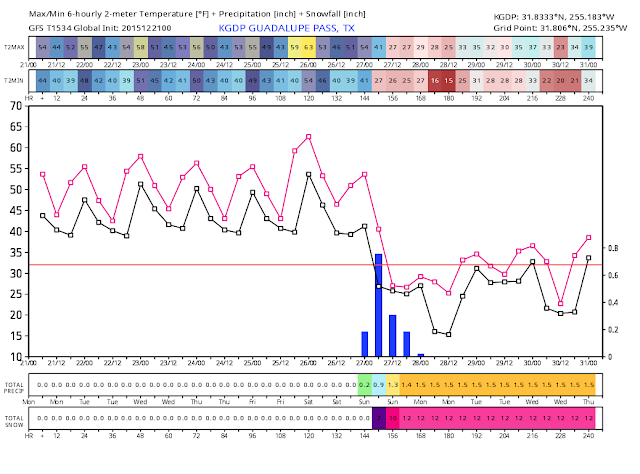 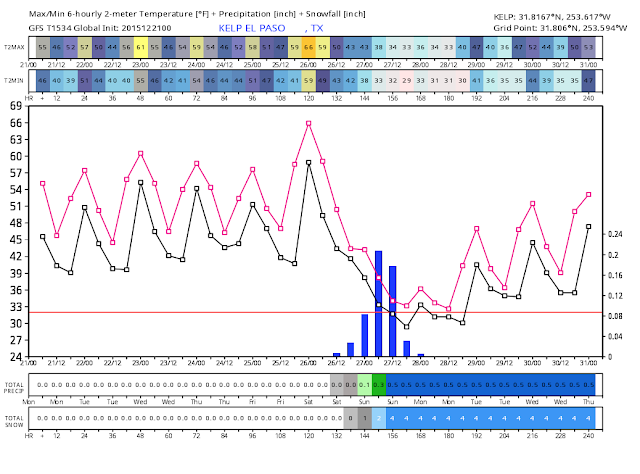 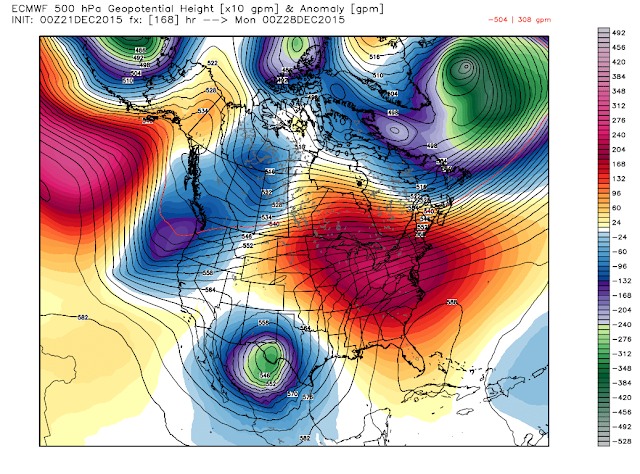 Just took a look at the tonight's run of the European model which just came in. Its forecasting snowfall totals of 26" for Ruidoso, 19" for Roswell, 21" in Artesia, 15" for Carlsbad, and 13" for Hobbs by next Sunday night. I'm Speechless!

Ok I give up. Who poisoned the models with the bad Kool-Aid? Now the U.S. GFS model appears to have been drinking the same kool-aid that this mornings run of the European (ECMWF) model was. Both have fallen off the deep end now concerning next weekends winter storm. This is crazy...really, really crazy. If this scenario p[lays out it will be a historic event. Big If so remember that this isn't set in stone just yet and there is lots of room for lots of changes yet. If I were looking for a perfect setup for a all time historic/record snowstorm then this would be it.

So I suspect that one of two outcomes is going to happen with this type of model mischief. One they both are on to something and a historic snowstorm is getting ready to bury the area next weekend with record/historic snowfall totals. Or two they simply have been invaded by a host of Gremlins and don't have a clue as to what is about to unfold.

Tonight's run of the Canadian (GEM) hints at a potential record breaker of a winter storm also but with the heavier snowfall just a tad north of the local area. Go figure. Watching this one unfold this week will be extremely interesting to say the least.

The Truth Is Stranger Than Fiction!
on December 20, 2015
Posted by Wendell Malone