High Temps In The 70's Today Into Friday. 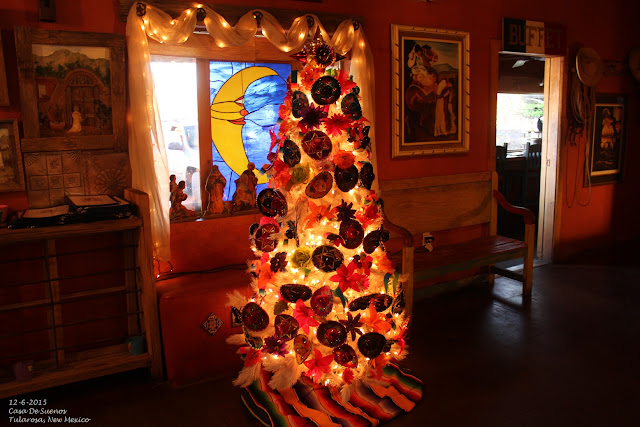 My wife and I love this Mexican Restaurant. The food is great and the people are friendly. Whenever we take a day trip to the mountains we try and stop by for lunch or dinner. 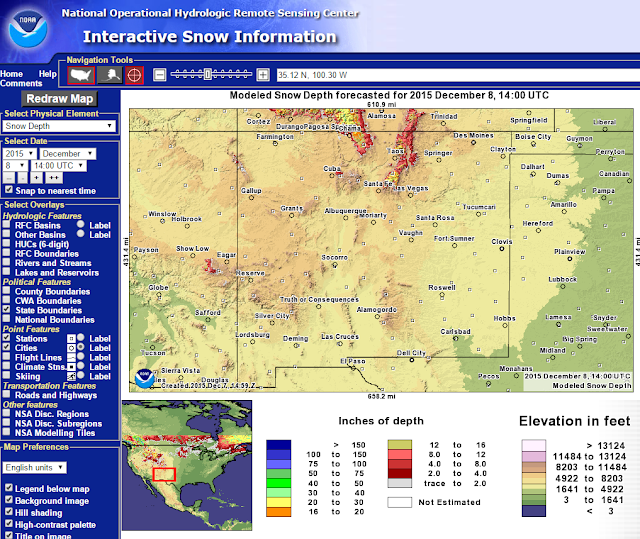 After a rather active and hopeful early start to the ski season we've run into a dry spell snow wise here in the Land of Enchantment. Santa Fe Ski Basin leads the pack with a seasonal total to date of 59". Angel Fire is close behind with 47", Red River 40", Taos and Sipapu 37", Ski Apache 20", Pajarito 17", and Sandia Peak 9". 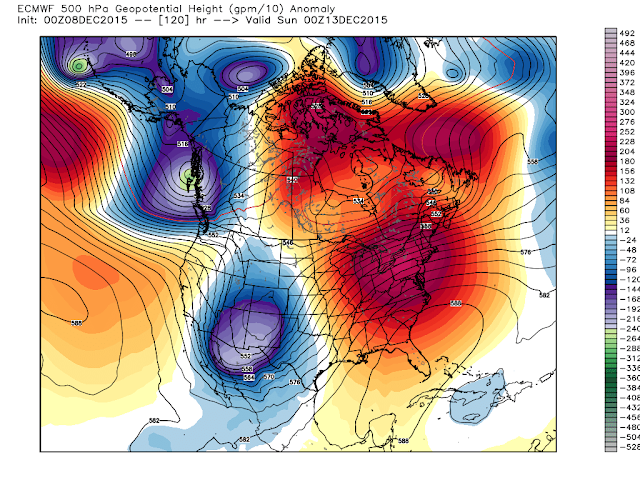 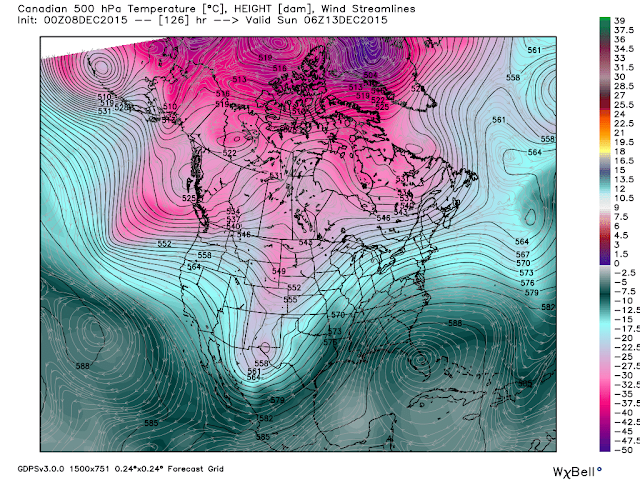 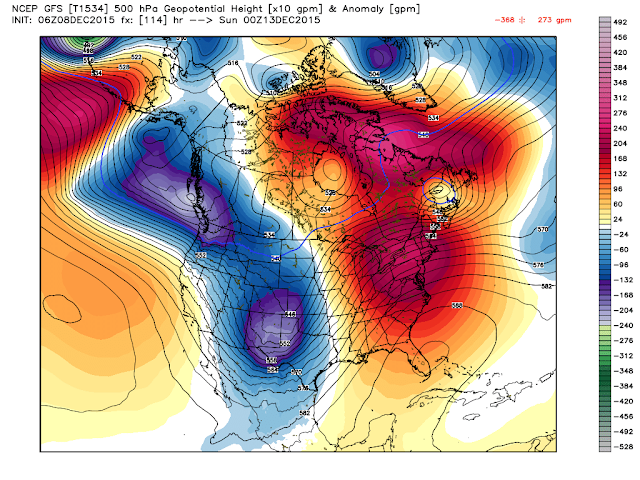 Our weekend storm is still in the cards this morning. Although the models still haven't come to a good agreement on the track and impacts across the state. The Canadian takes the storm the furthest to the south bringing the center of the storm just east of El Paso by around midnight Saturday. The European model centers the closed low near Chama by sunset Saturday. And the GFS although further south than its previous runs centers the storm near Clayton Saturday around sunset.

Again the further south the storm tracks the better the chances for lowland rains and mountain snows. Unless this storm taps into the subtropical jet and a better moisture feed then only light to moderate snowfall amounts will fall mostly in the mountains. Jury is still out on this though. 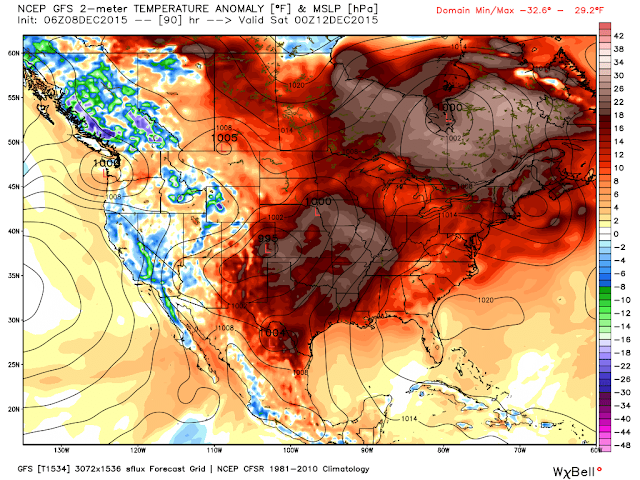 Temperatures across the state especially over the eastern side will be running some 10 to 20 degrees above normal today into Friday. With the arrival of the upper level storm Saturday a cold front will sweep eastward across the state Friday afternoon into Saturday morning. High temperatures in southeastern New Mexico will be close to normal behind the frontal passage. 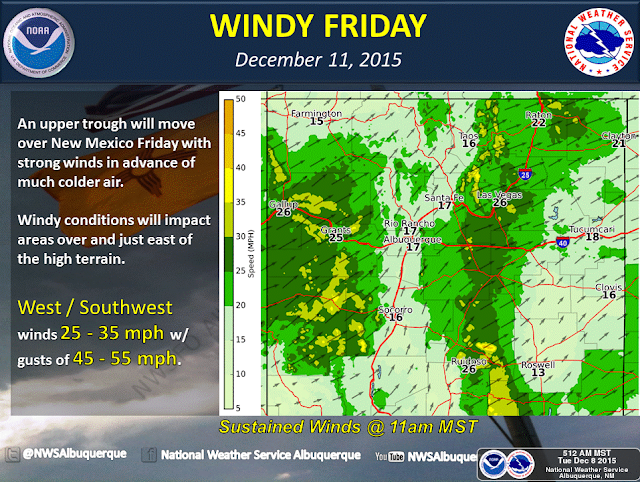 Windy conditions are forecast to develop across the state especially on Friday ahead of the approaching upper level storm and cold front as the surface pressure gradient tightens up, and strong winds aloft mix down to the ground. Southwesterly to westerly winds of 25-40 mph with gusts to 50-60 mph appear fairly likely across the state.

A Look Back In The Past. 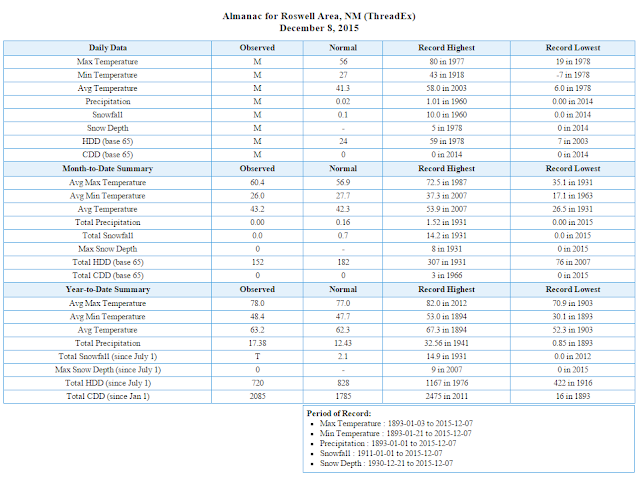 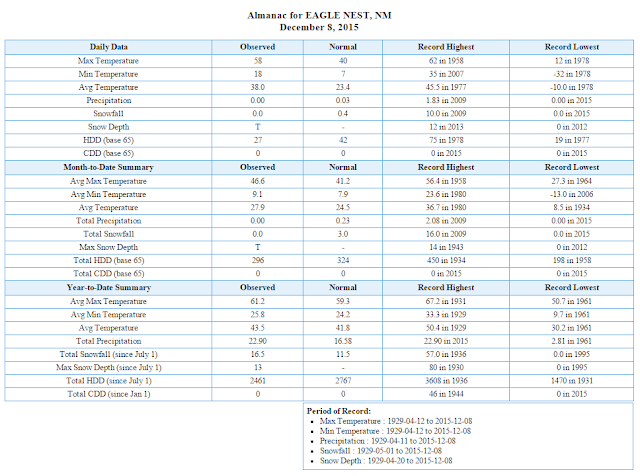 The Truth Is Stranger Than Fiction!
at Tuesday, December 08, 2015