Intense Cutoff 500 MB Low Bearing Down On Us. 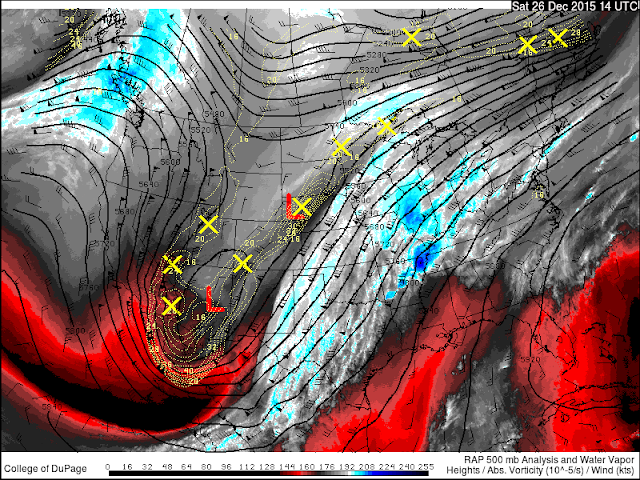 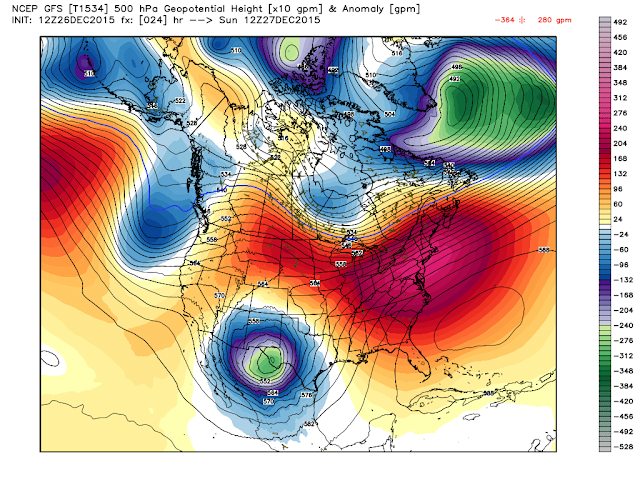 As of 8 AM MST this morning the cutoff 500 millibar (18,000') mid-upper level low was located near Phoenix, Arizona and is forecast to continue sinking southward today into tonight. The models then move it eastward across northern Mexico and into the Texas Big Bend by sunrise Sunday. This baring any surprises by this intense winter storm. Historically cutoff lows can and often are bears to forecast and many times do not play by the rules or model forecasts. So I won't be surprised if this has a few tricks up its sleeve. Be alert for possible subtle changes in the storms track and speed which could have huge impacts on some areas. Sometimes a track difference as little as 50-100 miles can either leave a community out of the snow bands or bury them. 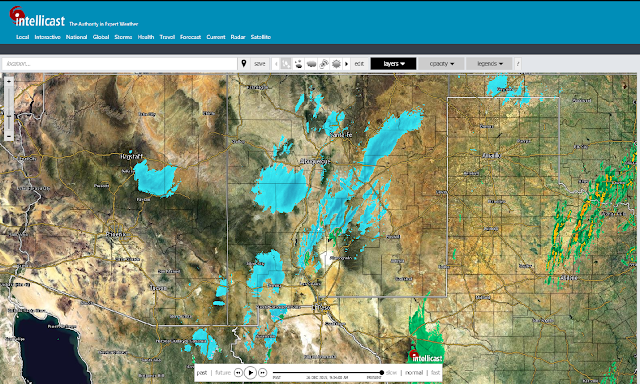 Snow cover continues to increase across the state this morning as the storm approaches from the west. This trend will continue throughout the day and really ramp up tonight. 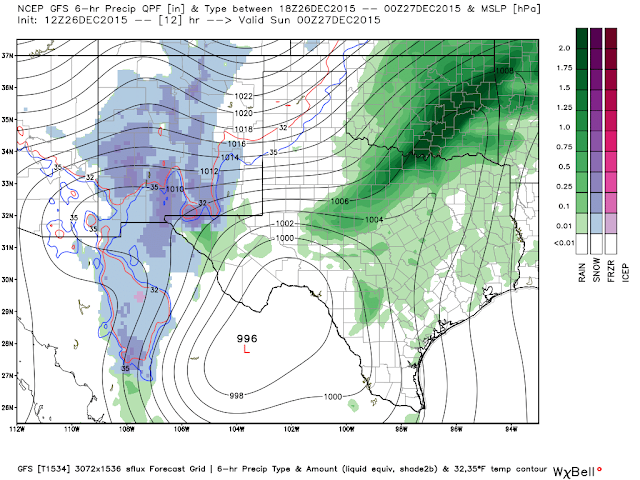 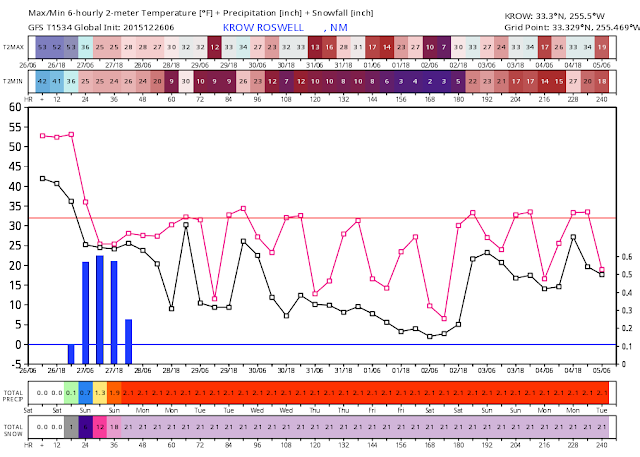 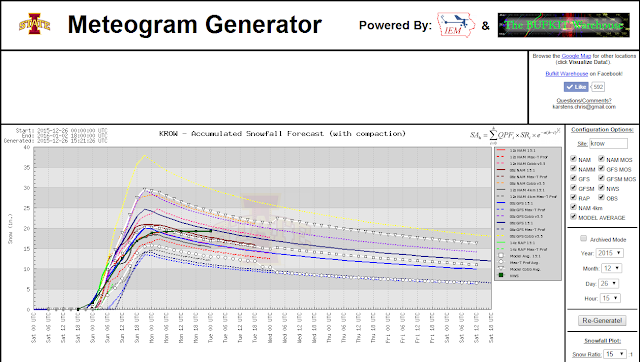 Our high temperatures here in southeastern New Mexico will top out before noon today and fall this afternoon as arctic air gets entrenched deeper and further to the south. Take a look at the 10-day temperature and snowfall forecast graphic for Roswell above. Note that we are going to stay below freezing for a week. Depending upon the snow depth and other factors we may see our low temperatures in the area dip below zero next week. 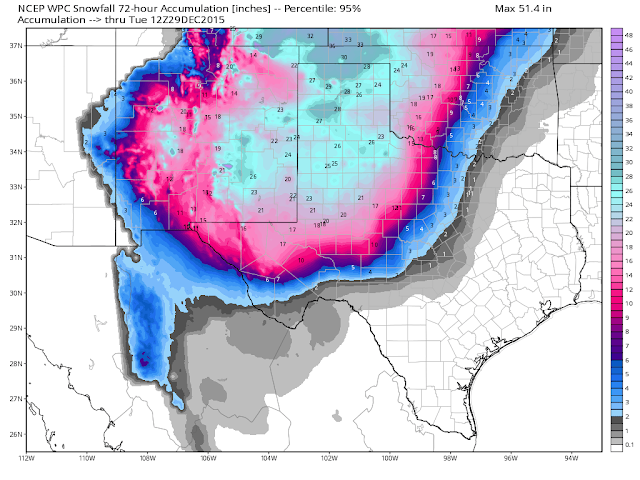 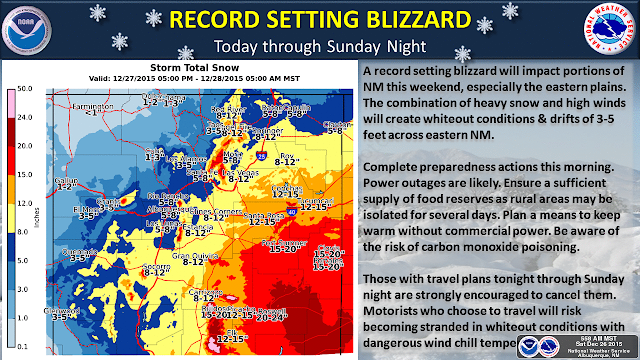 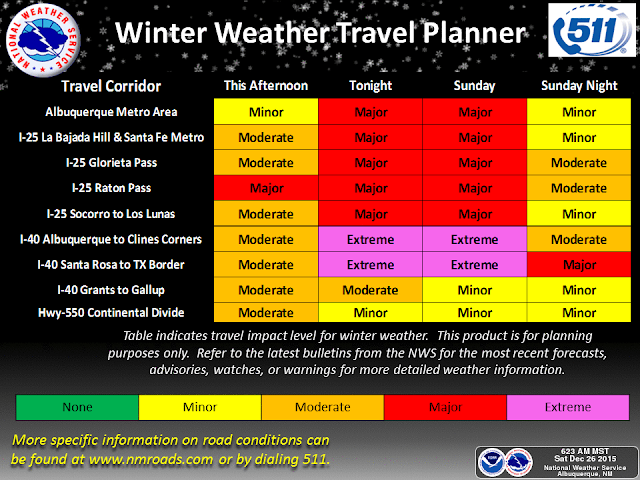 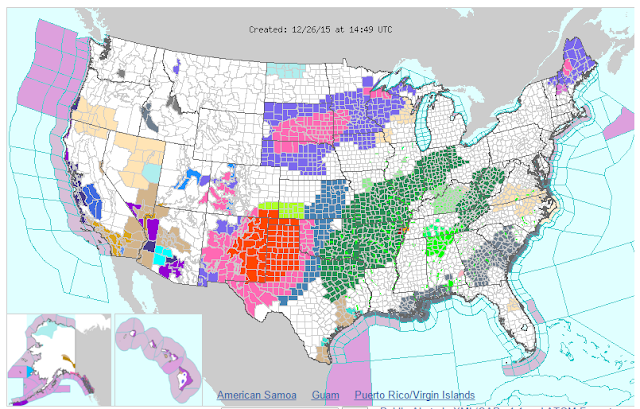 Click On This Link To Open Up The Map To Get The Latest Information.
(Then Click Anywhere On The Map For Your Area Of Interest).

Historic Blizzard Across Parts Of The Texas Panhandle & South Plains.

A BLIZZARD WARNING REMAINS IN EFFECT FOR ALL OF NE-E-CNTRL-SE NM FROM NOON Today THROUGH 5 AM Monday Morning.

This includes all of Chaves, Eddy, and Lea Counties. It also includes parts of Lincoln and Culberson (Guadalupe Pass and vicinity) Co's. In West Texas this includes areas from Andrews and Seminole northward to the Texas Panhandle including the Lubbock and Amarillo areas.

I have great concerns that many people may not taking this impending Historic Blizzard seriously enough. For one this event will be something that many of us locally have never experienced. So a lot of us have no reference point to go off of. Two this is not your run of the mill New Mexico winter storm. This is something we haven't seen before. Three even the best of the computer models and meteorologists are struggling with this storm because its so rare and so abnormal. Four we simply don't have the infrastructure locally to handle the magnitude of this storm.

So the best advice as I can give you is prepare, prepare now! Don't wait until the last minute tonight to try and get ready...by then it may be too late. Time is running out folks!

Our Historic Blizzard/Winter Storm is currently taking aim on New Mexico. When its all said and done with this blizzard/winter storm will be a history maker and not soon forgotten! It still looks really bad for the area...and I still hope that I am wrong about this one.

I want to stress once again folks that this storm will be nothing to mess with. This will be a life threatening situation if you are caught out in the open on roads that are becoming buried in snow drifts of three to five feet. Perhaps in isolated areas these snow drifts may reach up to ten feet deep. These deep snow drifts will simply render most roadways in the warned area impassable. Not only will you be stranded but its highly probable nobody may be able to get to you either. Rural areas could be isolated for many days.

Once the blizzard gets underway tonight night local roadways are going to go downhill in a hurry. We are looking at the very real possibility of widespread road closures and shutdowns. Once this happens wherever you are is where you are going to be...perhaps for days.

Expect power outages, road closures, everything grinding to a halt due to the heavy snow creating whiteout conditions being driven by north to northeasterly winds sustained at 25-45 mph with gusts to 55-65 mph. Snow drifts will easily be capable of burying cars and trucks and even some smaller buildings such as small sheds and small barns. These drifts may also block north and northeast facing entrances to buildings.

Oilfield activity in southeastern New Mexico and West Texas will be severely impacted by this event. Given the forecast snowfall totals, the blowing and drifting of the snow, wind chill values of 0°F or lower, and temperatures remaining below freezing for the next week...I think that this storm will be worse than the February 2011 event, and the Christmas storm of 2011 that dropped a foot of snow on us, and the Christmas week storm of 1997 that dumped 7"-31" on the local area.  Again I hope that I am wrong.

Expect frozen and busted water pipes. Have a backup plan for this. How many of you remember the February 2011 storm that severely impacted the area, and all of the hardware stores that ran out of plumbing supplies? This very well may happen again. Speaking of supplies make sure you have everything you need to ride this blizzard out by sunset tonight. You now have less than twelve hours to wrap up your preparations for this blizzard and its anticipated widespread impacts! This will be a high end impact event for much of New Mexico and West Texas.

Livestock and rangeland animals will be in danger of dying from the heavy snows, deep snow drifts, high winds, temperatures below freezing (for the next week) and wind chill values dropping down to 0°F or lower. Frozen water pipes, water lines, and stock ponds will leave them without water. I am concerned about the thousands of head of cattle in our local dairies.

No I cannot pinpoint where that will be. All of southeastern New Mexico remains in the bulls eye of this blizzard. What is just as important as the very heavy snowfall will be the blowing and drifting snow. Whiteout conditions will develop with the visibility dropping down to zero with northeasterly winds gusts up to 55-65 mph for hours tonight into Sunday.

What is the definition of a blizzard?

In the United States, the National Weather Service defines a blizzard as a severe snowstorm characterized by strong winds causing blowing snow that results in low visibilities.

The difference between a blizzard and a snowstorm is the strength of the wind, not the amount of snow. To be a blizzard, a snow storm must have sustained winds or frequent gusts that are greater than or equal to 56 km/h (35 mph) with blowing or drifting snow which reduces visibility to 400 m or 0.25 mi (1/4 of a mile) or less and must last for a prolonged period of time—typically three hours or more.

While severe cold and large amounts of drifting snow may accompany blizzards, they are not required. Blizzards can bring whiteout conditions, and can paralyze regions for days at a time, particularly where snowfall is unusual or rare.

For the latest road conditions please click on these links:

The Truth Is Stranger Than Fiction!
on December 26, 2015
Posted by Wendell Malone 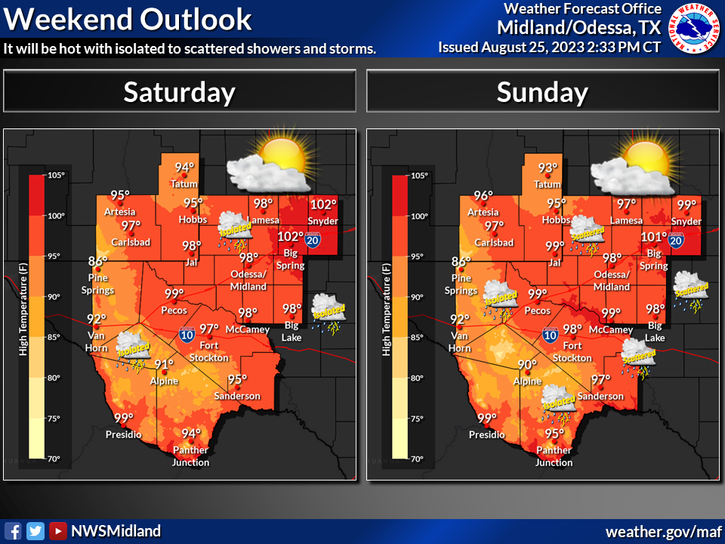 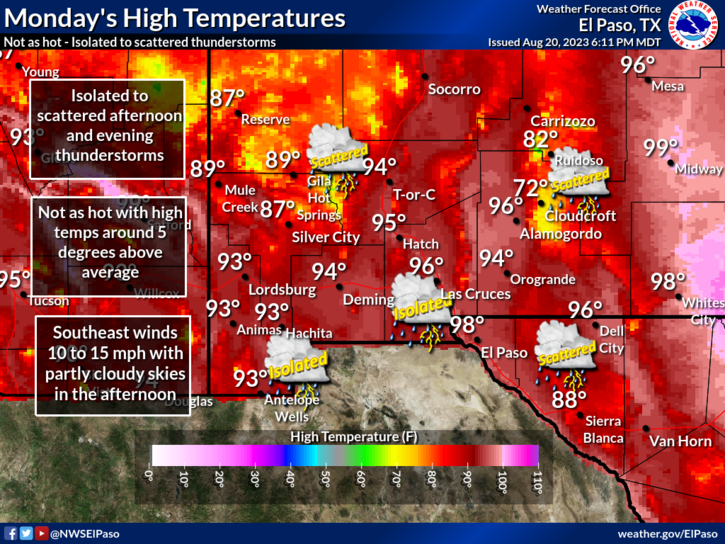