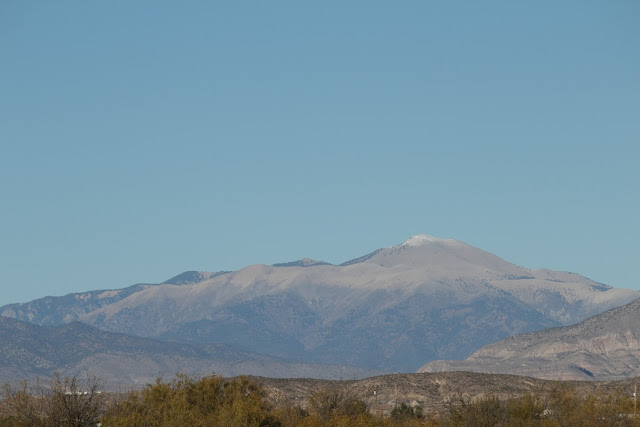 So what's wrong with this picture? Even though we are looking at the peak from the west side it still ought to be covered in snow. Ski Apache located on the northeast side of the mountain with a base elevation of 9',600' has recorded 20" of snowfall so far this season. They are reporting a base snow depth of 18". Snowmaking continues at the resort. Ah but things may be looking up come this weekend and beyond. 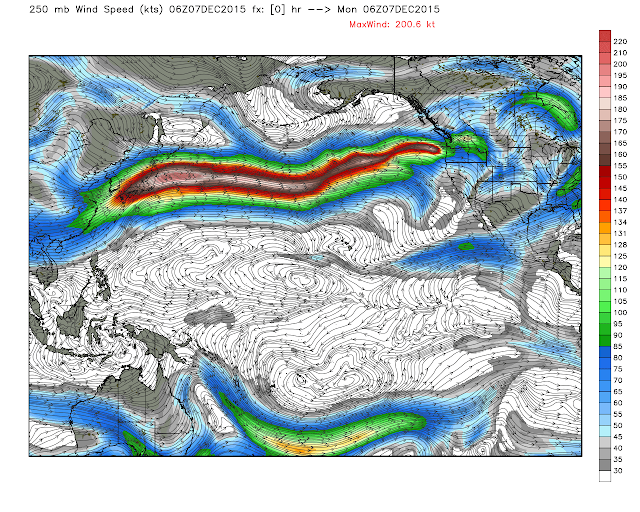 A powerful 250 millibar/34,000' jet stream wind speed maximum (201 Kts/231 Mph was located just east of Japan last night. That's a lot of potential energy bound up in the jet stream and this energy will work its way eastward across the Pacific this week. 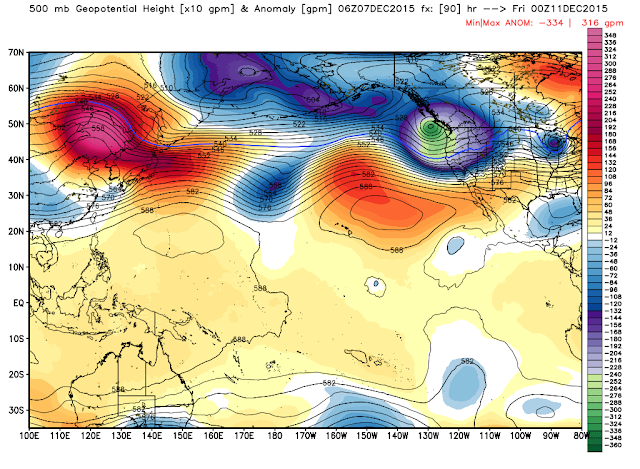 El Niño May Be Jump Starting Our Winter Storms. 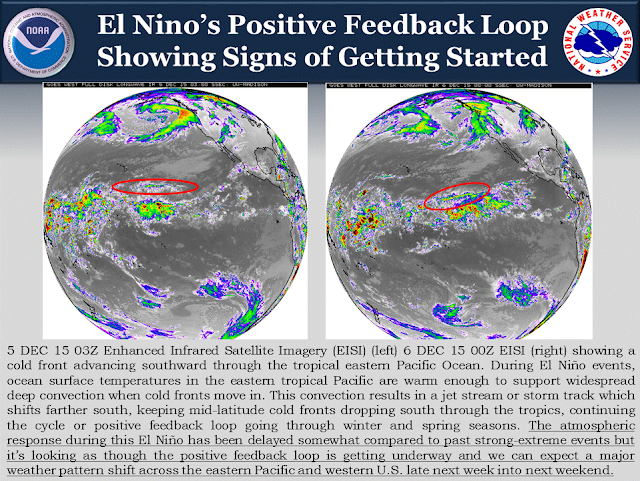 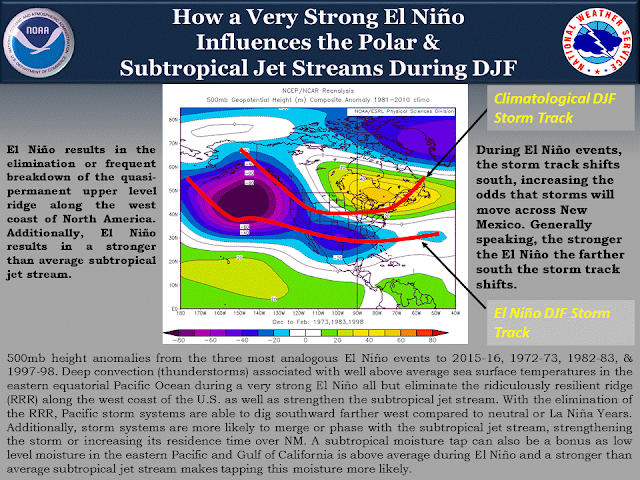 Courtesy Of NWS Albuquerque.
By late this week both the US GFS and the ECMWF (European) forecast models pretty much agree that a potent winter storm will be plowing into the Pacific Northwest. As we head into next weekend the models drop this next winter storm into the Desert Southwest. Here is where the waters are still on the muddy side. Last nights run of the European model wants to dig this next winter storm further to the south, and close it off more than the US GFS model and the Canadian (GEM) models. Thus a better chance for precipitation across New Mexico. This is a huge factor in determining just what impacts our next storm is going to have on the state. If the European model forecast is correct then we will see a stronger winter storm with more widespread rains/snows. If the GFS model ends up being right, then this will be a fast moving storm with less snow, and much more wind...especially across the southern and eastern half of the state.

Warm This Week - Getting Windy Late. 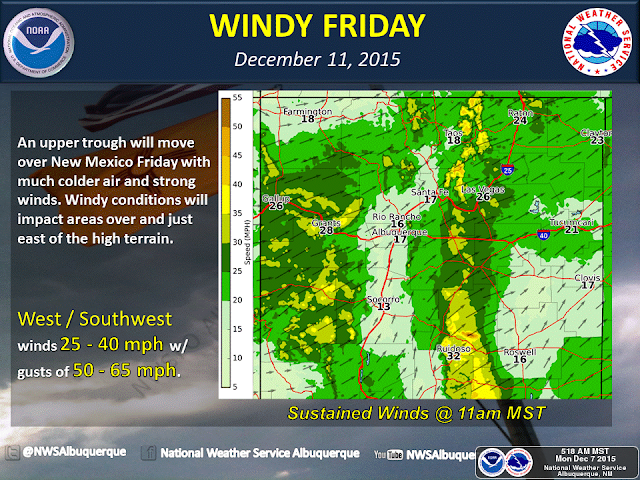 Colder Late Week Into The Weekend. 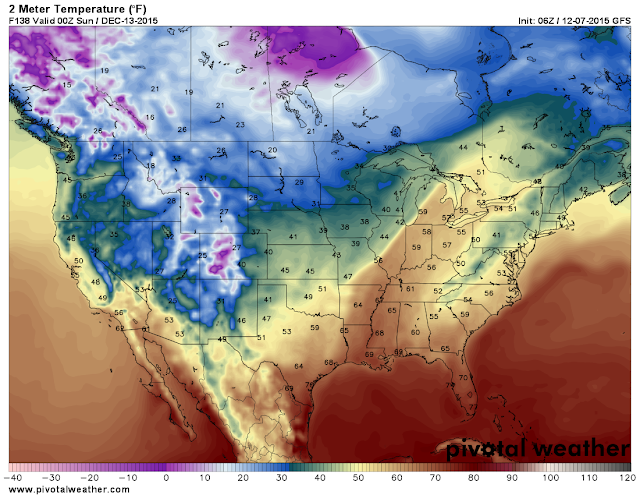 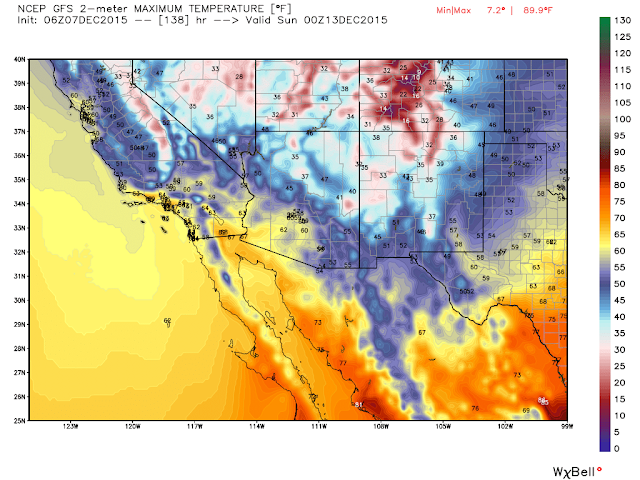 Another factor in all of this will be how much arctic air will get dislodged from the Northwestern Canadian provinces and pulled southward into the US with this storm. Which at this time doesn't appear that it will be anything super cold...but certainly cold enough for mountain snows provided the storm is wet enough. So snow will be returning to at least the northern mountains of New Mexico by late in the week into the weekend. How much? Not sure yet...again everything will be dependent upon the storms track. 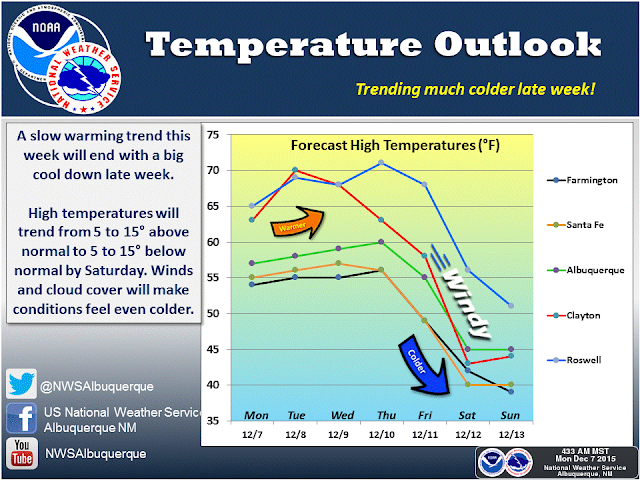 The Truth Is Stranger Than Fiction!
at Monday, December 07, 2015