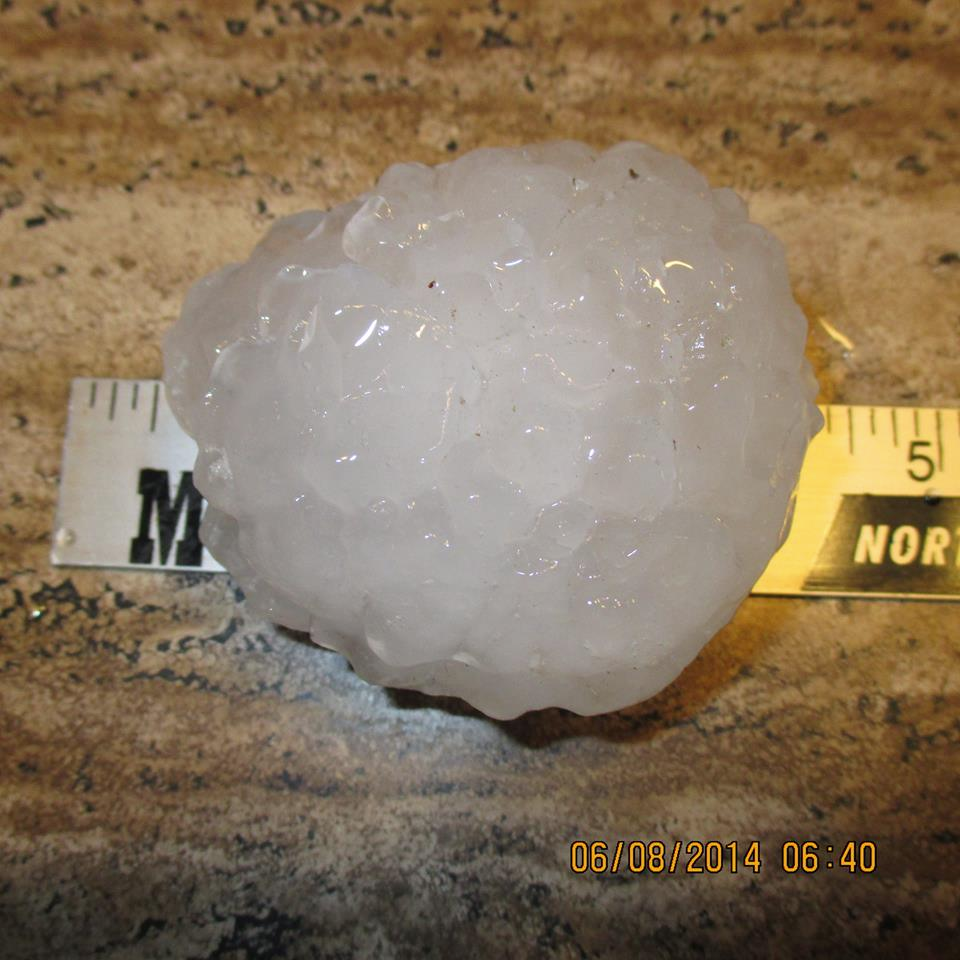 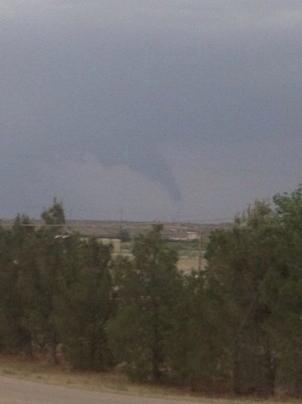 For additional information and photos of the destructive hail that struck Eddy County Sunday, June 8th of last year please click on this link. Numerous reports of hail the size of Limes (2'' in dia) to Grapefruits (4" in dia) were noted in Chaves and Eddy Counties last June 8th. To the best of my knowledge this outbreak last year was the one of the worst and most widespread hailstorms in years.

A relatively rare mountain tornado rated as an EF1 touched down in Encinoso in Lincoln County, north of Capitan at 6:00 PM MDT. This tornado was 160 yards wide and stayed on the ground for 13/4 miles.

Quote: Supercell thunderstorm near Encinoso spawned a tornado along Highway 246 at Richardson Canyon Road. The tornado traveled east-southeast down Richardson Canyon Road, snapping off the tops of trees and breaking numerous branches of Ponderosa pine. The tornado intensified as it approached 2 homes. A single wide mobile home from the 1970s was completely destroyed as the undercarriage was moved about 20 feet and all walls separated and tossed. A double wide mobile home was tossed into a barn and destroyed. Portions of the roof were blown 250 yards away. At least two other homes as well as a barn and shed sustained damage. 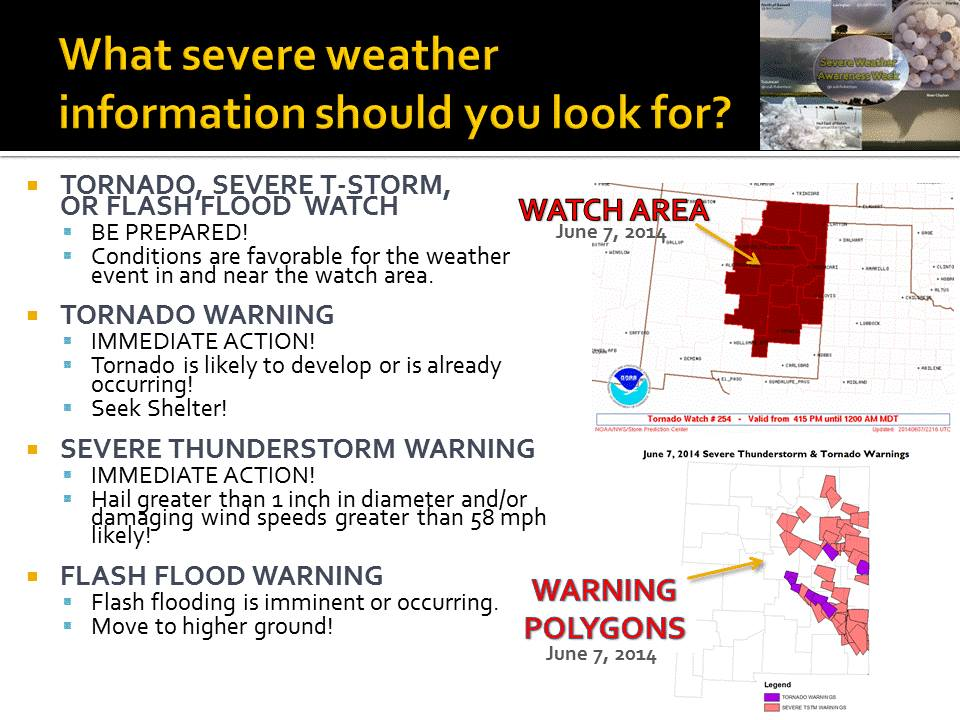 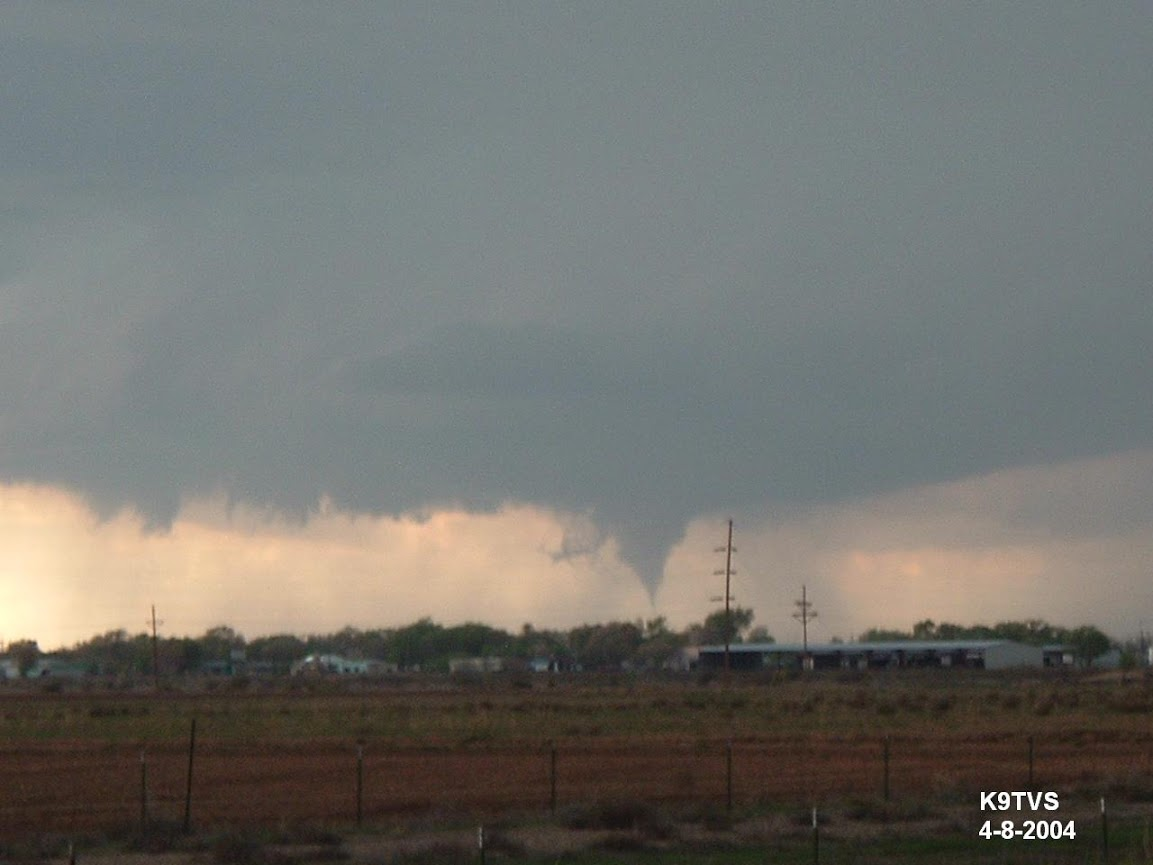 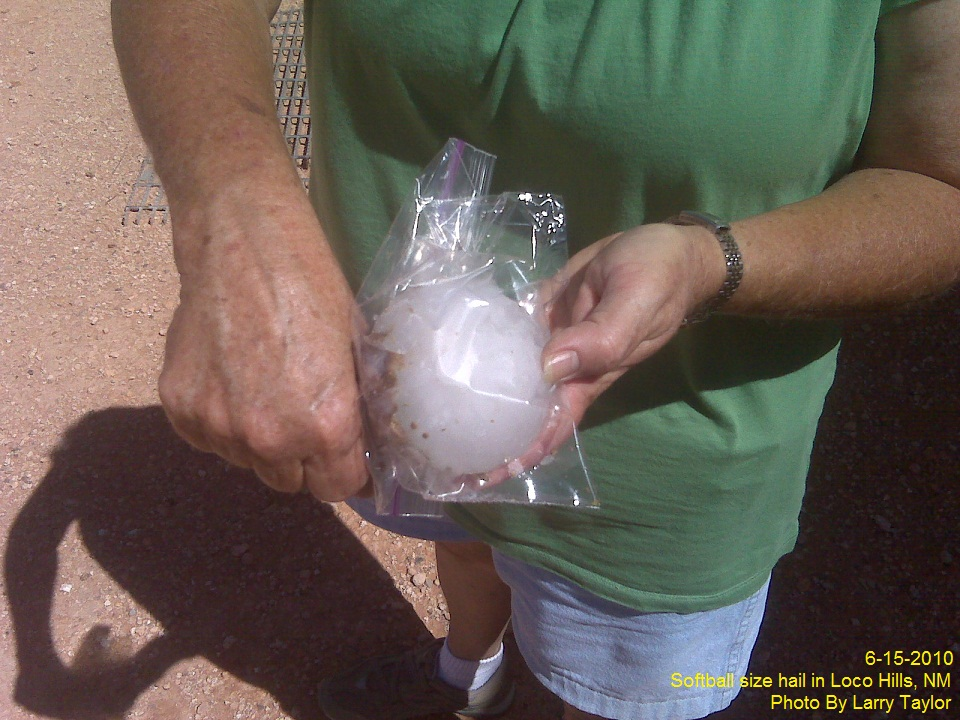 Southeastern New Mexico is no stranger to severe weather. Typically our sever weather season runs from roughly April through June with a second season in September and October. However severe thunderstorms can and have occurred in just about every month of the year. Believe it or not but a tornado was noted 4 miles west of Hagerman in Chaves County on December 2, 1997. This is only the second tornado that has ever been reported in December in New Mexico.

Since 1951 there have been 34 days in which tornadoes have been reported in Chaves County. Hail the size of pennies or larger has fallen on 129 days since 1959.

Since 1959 there have been 45 days in which tornadoes have been reported in Eddy County. Hail the size of pennies or larger has fallen on 200 days since May of 1961.

Since 1954 there have been 66 days in which tornadoes have been reported in Lea County. Hail the size of pennies or larger has fallen on 210 days since 1957.

With the advent of Doppler radar in the early 1990's, and an ever growing Skywarn Storm Spotter base in New Mexico, we are finding out that severe weather is more common that was once thought. This is especially true across the eastern one third of the state...east of the mountains. No doubt that have been many destructive hail events and perhaps tornadoes that have gone unreported prior to the 1970's.

For additional information on past New Mexico Tornadoes click on this link: Tornado Project Online - Tornadoes In NM.

Limited list of some of my past blogs concerning severe weather in southeastern New Mexico. Click on the links to open them up.