Shower In Cold Water & Shut Down The BBQ Grills - They Are Causing Global Warming! 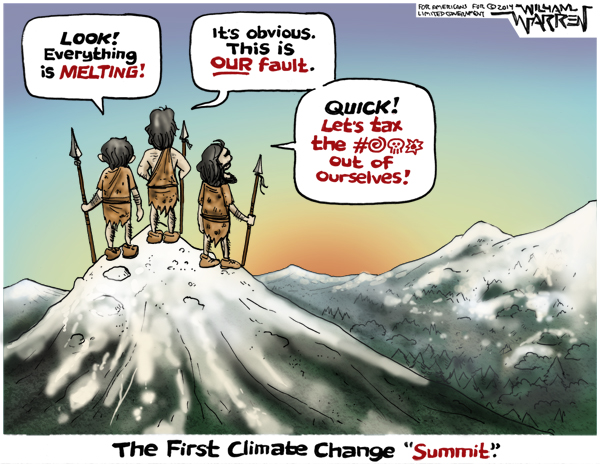 Senator Ted Cruz is 100% correct in this short video.

As he states in the video above its the very same people who went around preaching that we are all fixing to freeze to death in the 1970's from a coming "Ice Age", that are now claiming that we are all going to die due to the effects of Global Warming...because we created and caused it. That theory proved to be wrong in the 70's, so now these same folks have changed their narrative to "Climate Change". When the catch phrase of 'Global Warming' didn't work out so good for them then they recently changed it to "Climate Change".

This stuff does not take rocket science to figure out folks. The Climate Change Agenda is not based on settled and established science but on politics. This is all about the powers to be in our government taking complete control of every aspect of our lives.

Quote: “My view actually is simple,” Cruz said. “Debates on this should follow science and should follow data. And many of the alarmists on global warming, they've got a problem cause the science doesn't back them up. And in particular, satellite data demonstrate for the last 17 years, there’s been zero warming. None whatsoever. It’s why — you remember how it used to be called ‘global warming’ and then magically the theory changed to ‘climate change’? The reason is it wasn't warming, but the computer models still say it is, except the satellites show it’s not.”
Check Out These Recent Climate Change Articles.

Anatomy Of A Collapsing Climate Program

Ridiculous: Liberal Media Goes After Us Over BBQ Grills

And The Best One:

Turn Down The Heat: Cold Showers Are Best For You - And The Environment

Cold Showers Are Better For the Environment
'Climate change is a worldwide problem that will require a big effort to reverse. But every solution doesn't have to happen on a large scale. You can start in your shower.
Cold water uses less energy, keeping the hot water heater from using electricity, Planet Save says. Additionally, you're likely to stay in the shower for less time, decreasing your water usage and, therefore, helping keep a scarce resource available.'
The Truth Is Stranger Than Fiction!
Email Post