Showing posts from 2010
Show all

- 12/31/2010 12:50:00 AM
High Winds Rake SE NM Yesterday! Southwesterly to westerly winds cranked up across southeastern New Mexico overnight Wednesday, and continued into Thursday night. The Artesia Airport reported a peak gust from the southwest of 60 mph at 3:10 AM MST Thursday morning.  The National Weather Service Forecast Office in Midland, Texas is reporting in this mornings Area Forecast Discussion (AFD) , that the Guadalupe Pass ASOS (Automated Surface Observing Station) reported a peak wind gust of 105 knots, or 121 mph yesterday afternoon. I am waiting to see if this was indeed a valid report. It's a little odd though, since the Bowl Raws equipment located just north of Guadalupe Peak, reported a peak wind gust of only 79 mph .  Today is going to be another windy day across southeastern New Mexico. A Wind Advisory is in effect for the lower elevations of southeastern New Mexico today, as well as the Sacramento Mountains. Westerly winds are forecast to increase to 25-35G50 mph later this
Post a Comment
Click On This Link To Read More »

- 12/24/2010 09:12:00 AM
The Historic Snowstorm Of 1997 - A series of heavy snow events produced totals of   15 to 30 inches   across eastern and central   New Mexico   just before Christmas. Periods of light snow actually began about the 20th and then intensified during the 22nd through the 25th as tropical moisture began to feed a large, nearly stationary upper level low over southwest   New Mexico. Heaviest snow was centered over Chaves,   Lincoln, De Baca, Guadalupe, San Miguel, Quay,and Torrance   Counties.   Roswell   and   Chaves   County   were especially hard hit where heavy wet snow pulled down power lines, trees, numerous small sheds, plus porch and driveway coverings. Numerous roads and highways across eastern   New Mexico   including sections of Interstate 40 between Albuquerque   and   Santa Rosa   were closed, stranding hundreds of Christmas travelers. Vaughn, population 300, swelled to nearly 3000 people at one point with travelers forced into nearly all available shelter and private home
Post a Comment
Click On This Link To Read More » 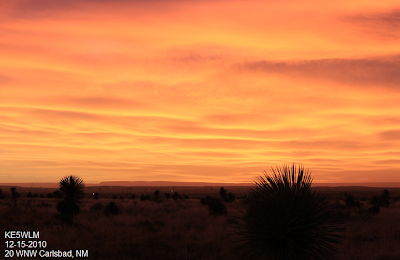