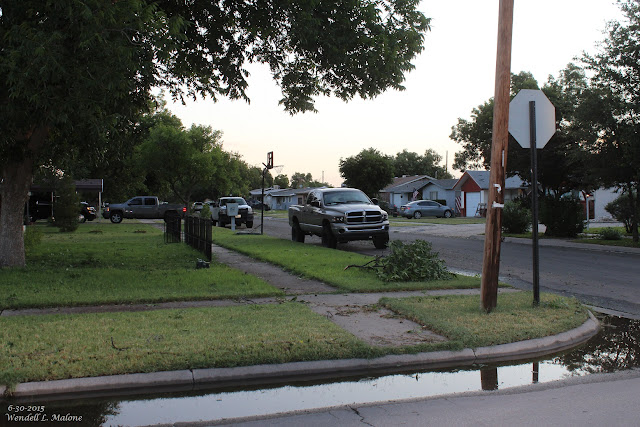 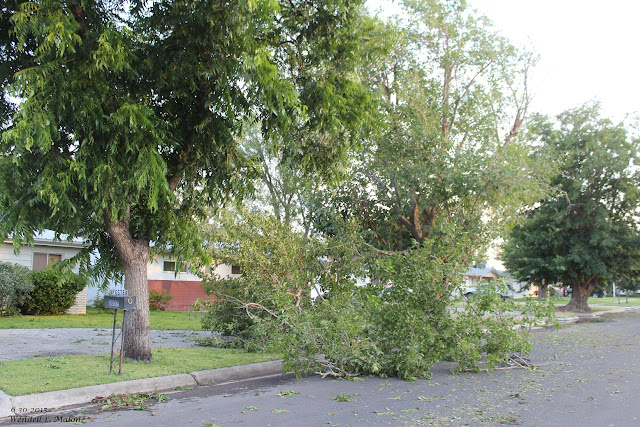 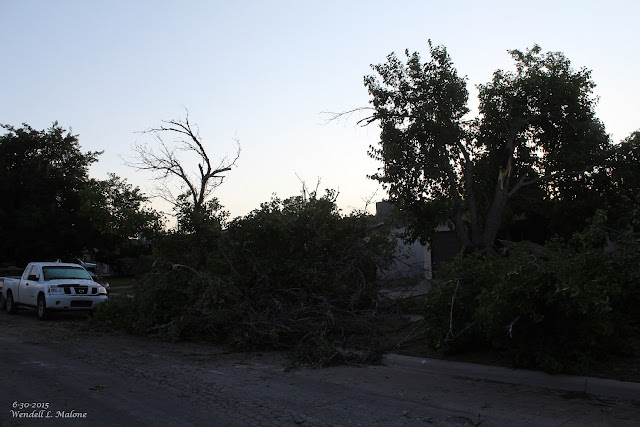 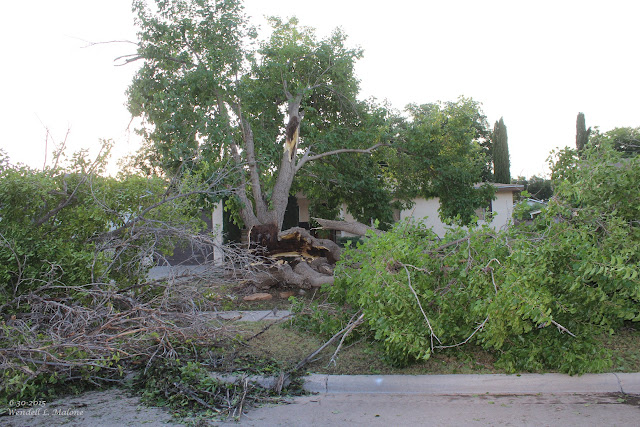 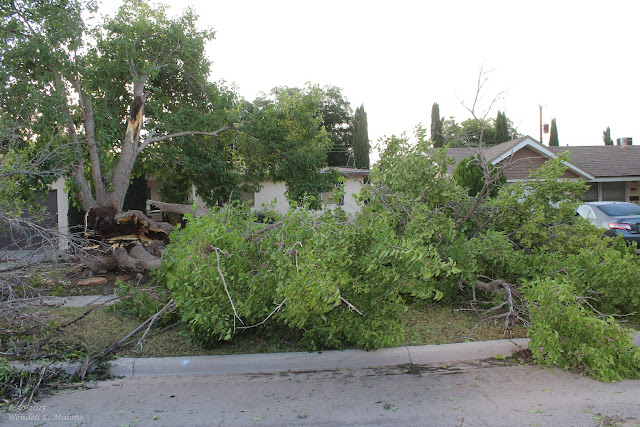 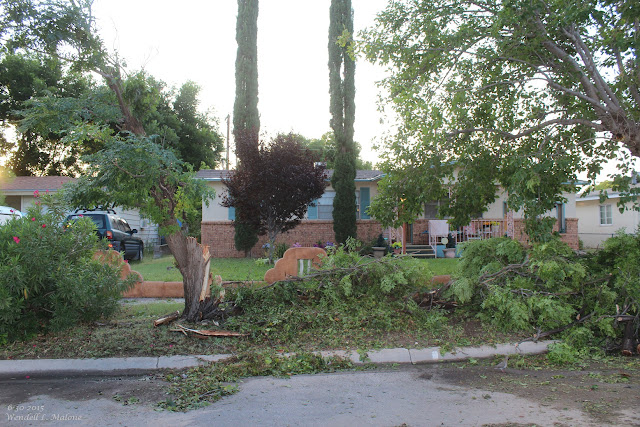 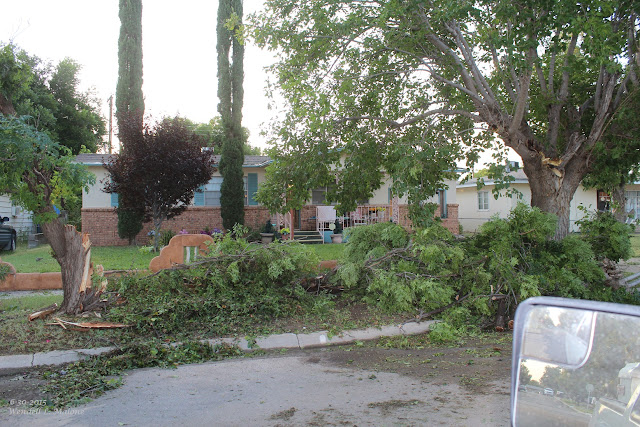 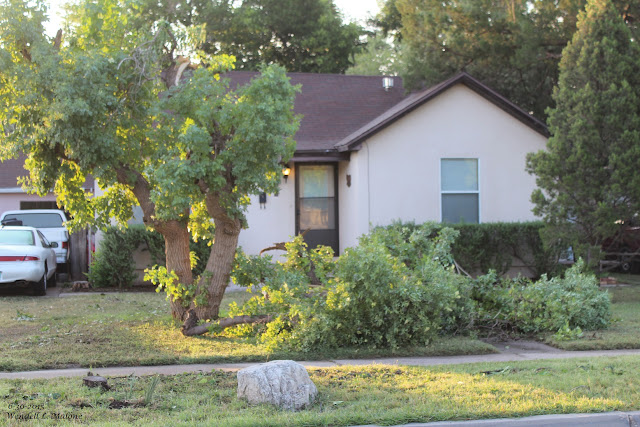 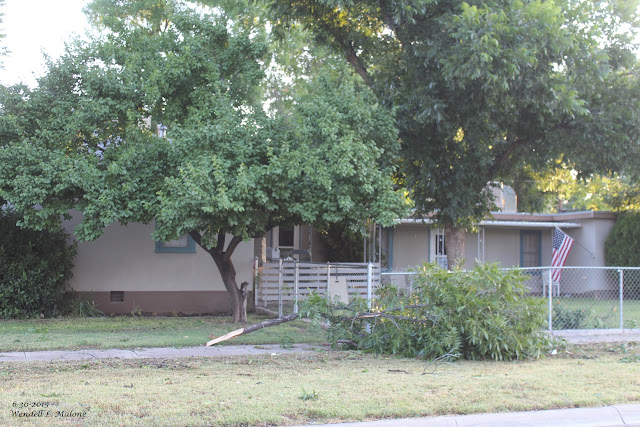 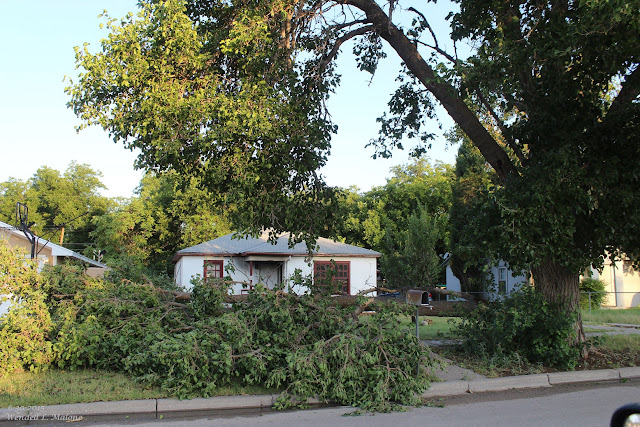 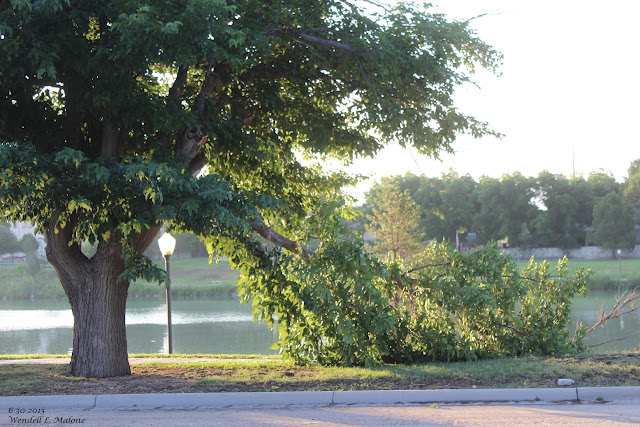 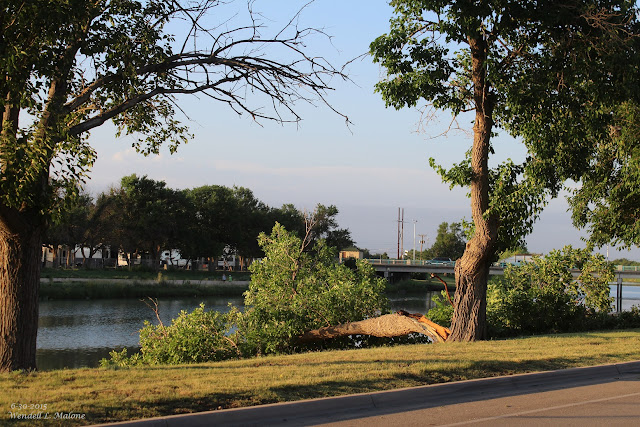 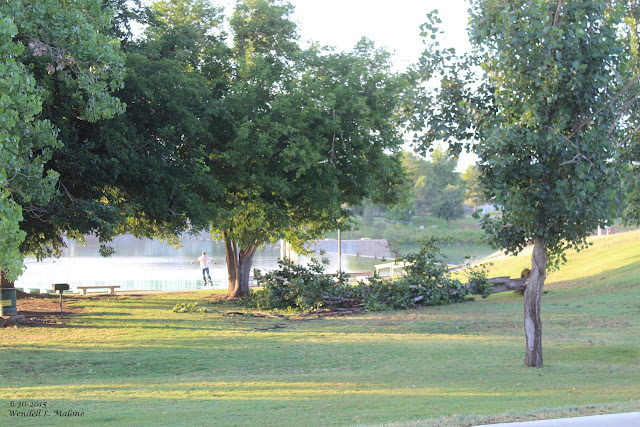 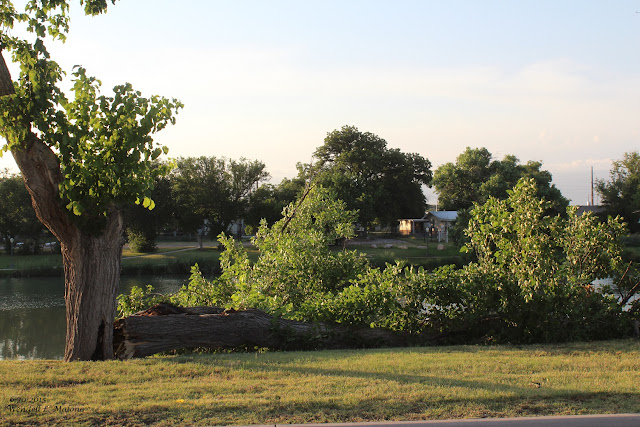 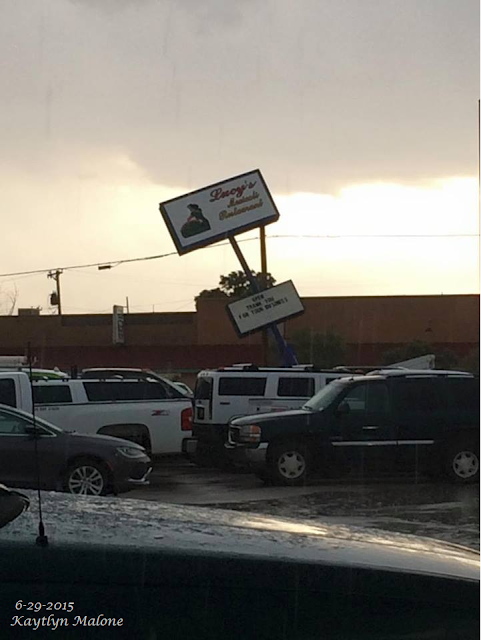 My youngest daughter took this picture of the "Lucy's Restaurant Sign" that
was blown over around 6:30 PM MDT.

Late Monday afternoon at around 6:25 PM MDT a severe thunderstorm rolled into Carlsbad, New Mexico from the northeast, moving to the southwest. This may seem odd, but its not at all that uncommon in the summertime to see thunderstorms moving south, southwest, or southeast.

Lots of hail accompanied the storm at least in the northern and central parts of the city. Public and spotter reports indicate that the hail ranged in size from peas to quarters (1/4" to 1" in diameter). The hail was not the worst of the storm, the wind was. Apparently a wet microburst hammered the city with gusts that I think may have reached at least 70 mph. A gust of 61 mph was clocked at the Carlsbad Airport at 6:35 PM MDT.

My Davis Vantage Pro2 home weather station recorded .58" of rain in about 15 minutes. My storm total rainfall ended up being .78". Curb to curb street flooding was noted at our home and across parts of the city.

I wasn't home during this event I was at work and missed out on all of the fun. My wife called me and said that the wind was really bad. Not until this morning when I headed out to work at sunrise was I aware of have bad it was. I shot these photos just in my neighborhood and on Lake Rd along the beach while I was driving to work. No doubt there was more tree damage than this in northern Carlsbad. Our local newspaper (Carlsbad Current Argus) carried this story on the event today.