Thunderstorm Complexes Moving South Through NM This AM. 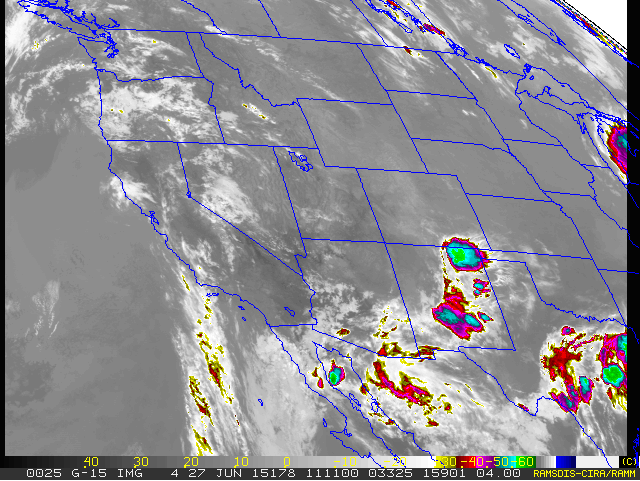 NWS MesoWest 24-Hour Rainfall Totals.
(As Of 6 AM MDT This Morning). 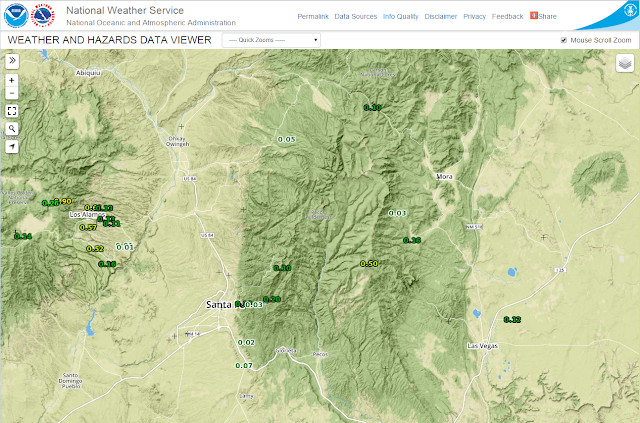 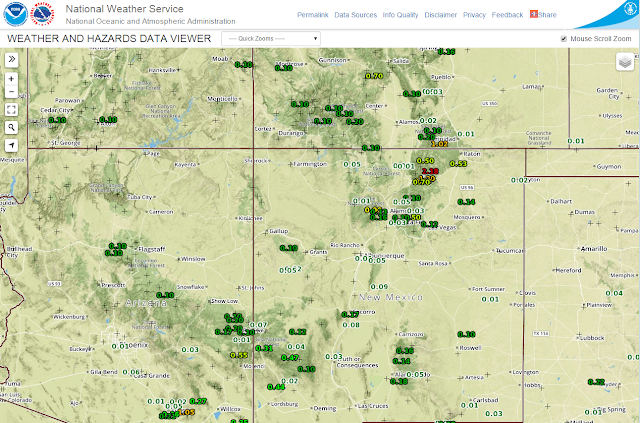 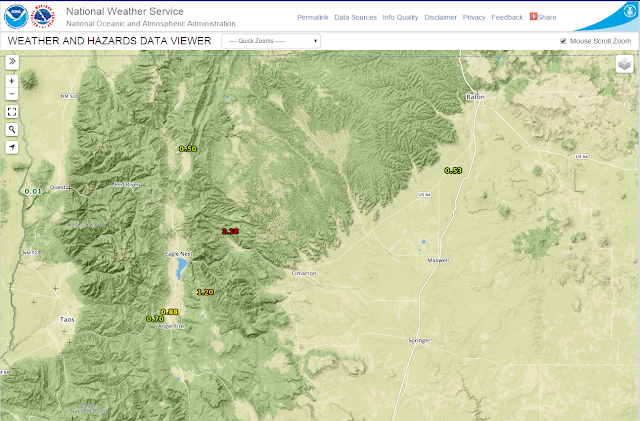 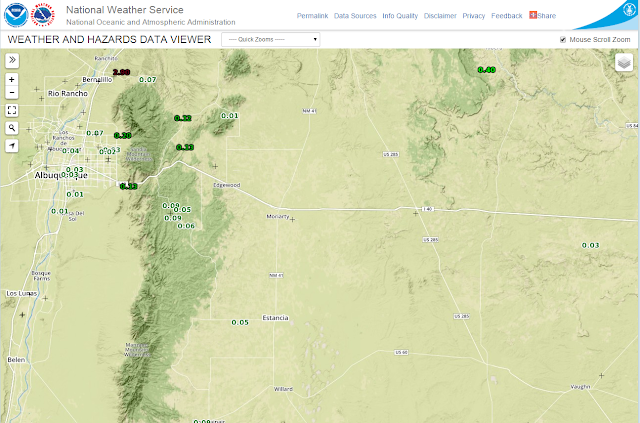 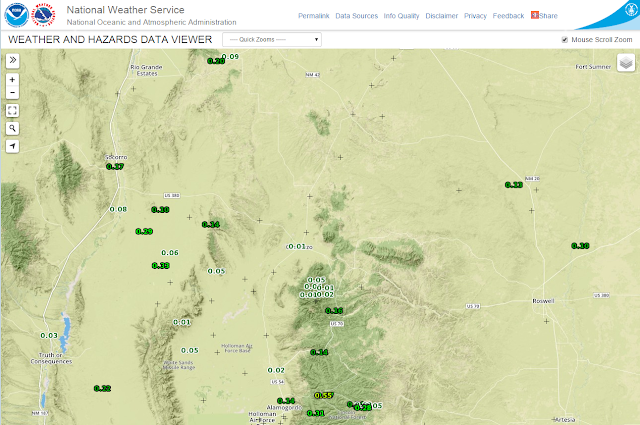 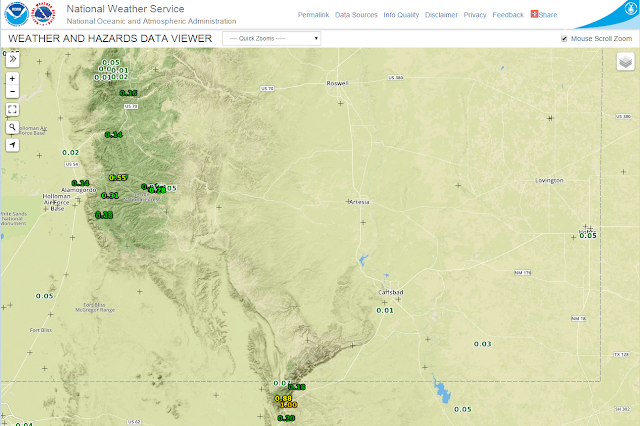 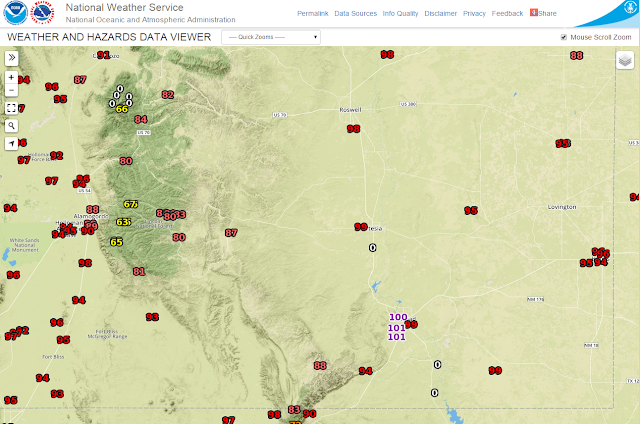 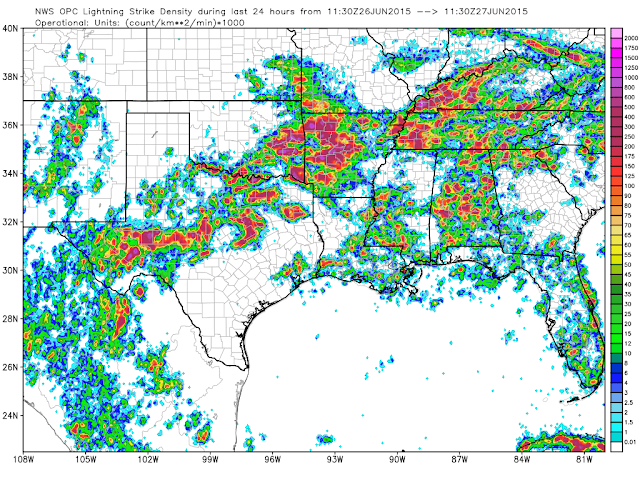 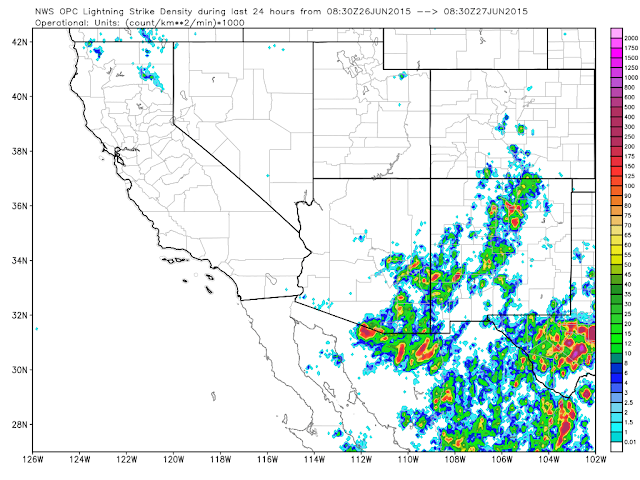 Yesterday was hot and somewhat humid. Carlsbad checked in with 101°F at the airport. Today will be cooler behind the cold front with most of the southeastern plains climbing up into the 80's to near 90. It will be in the 60's and 70's in the Sacramento mountains.

Additional development will continue locally into the forenoon hour before this activity dissipates. A few scattered afternoon and early evening thunderstorms will also develop today. Later tonight another complex of thunderstorms may develop and move south into the southeastern plains from the eastern plains of the state. Locally heavy rainfall will again be possible in some areas.

The Truth Is Stranger Than Fiction!
on June 27, 2015
Posted by Wendell Malone