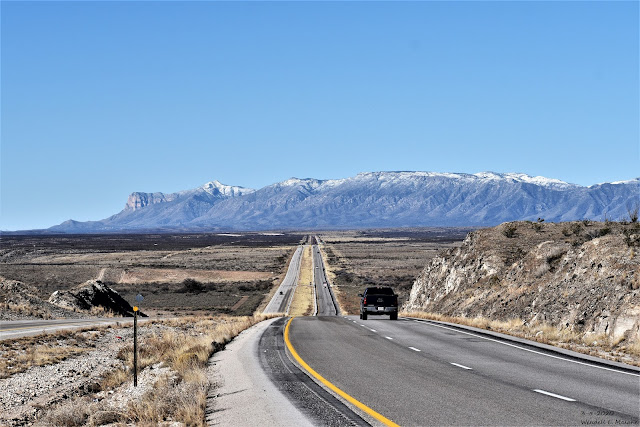 March 5, 2020.
Looking West At The Snow-capped Guadalupe Mountains. On US Hwy 62/180 Just North Of The New Mexico/Texas State Line Southwest Of Carlsbad. 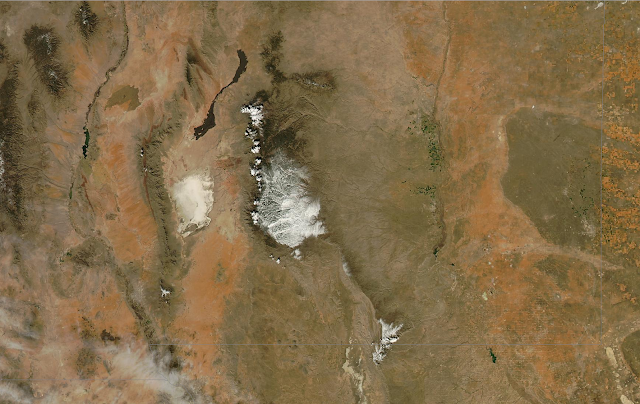 Snow covers the Sacramento and Guadalupe Mountains in the image above. Remarkably most of the snow missed the Capitan Mountains. In fact, the heaviest totals were in the Cloudcort area where snowfall totals of 12" to 16" were reported. The heaviest total was reported by the public in Sacramento with 18". 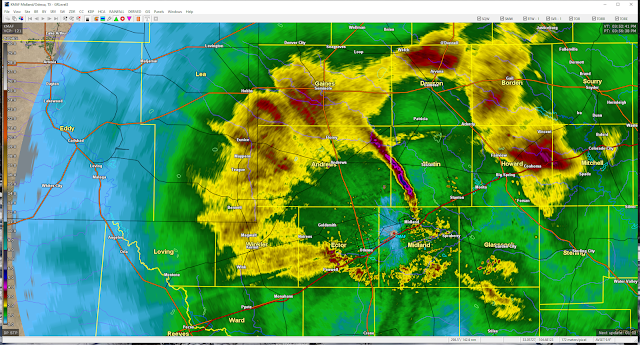 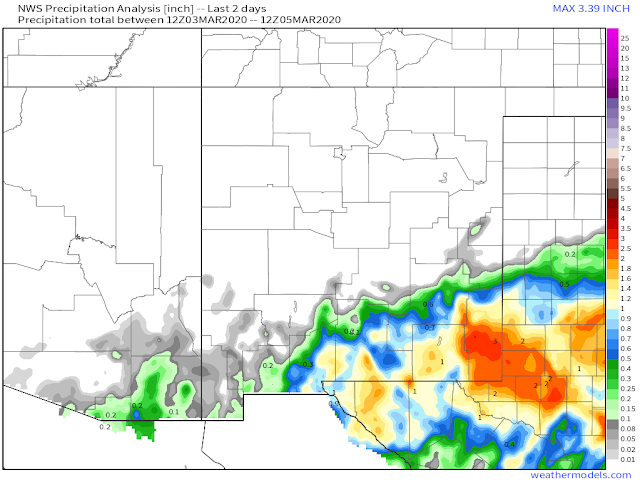 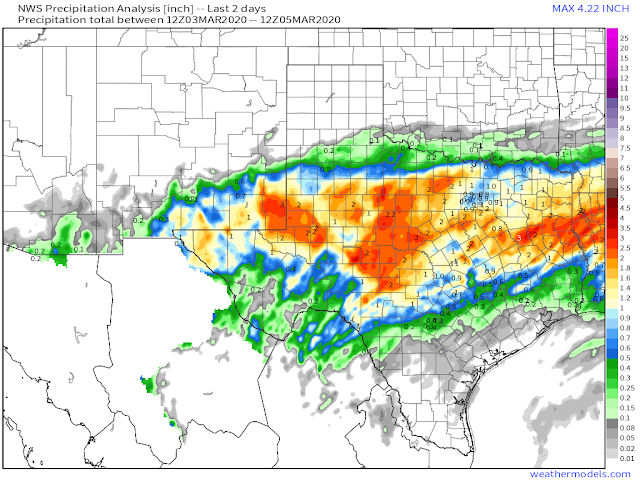 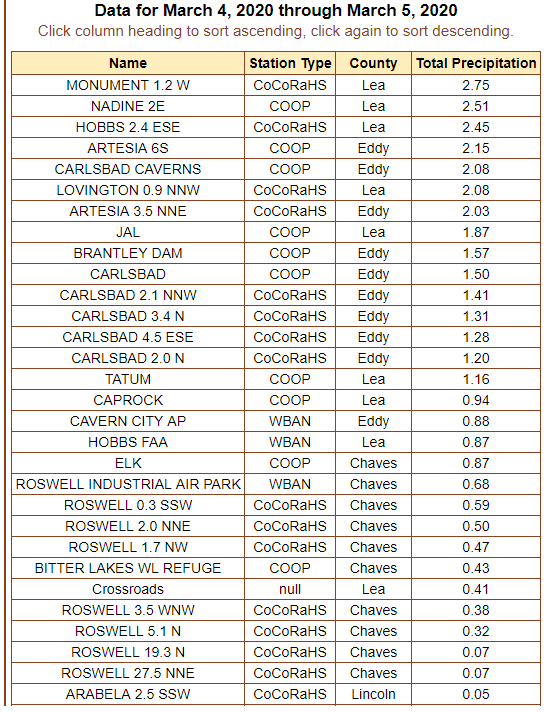 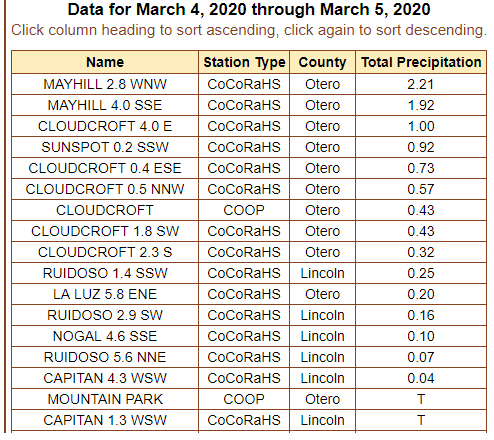 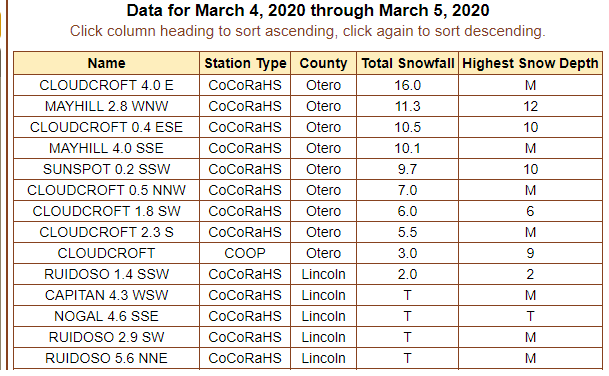 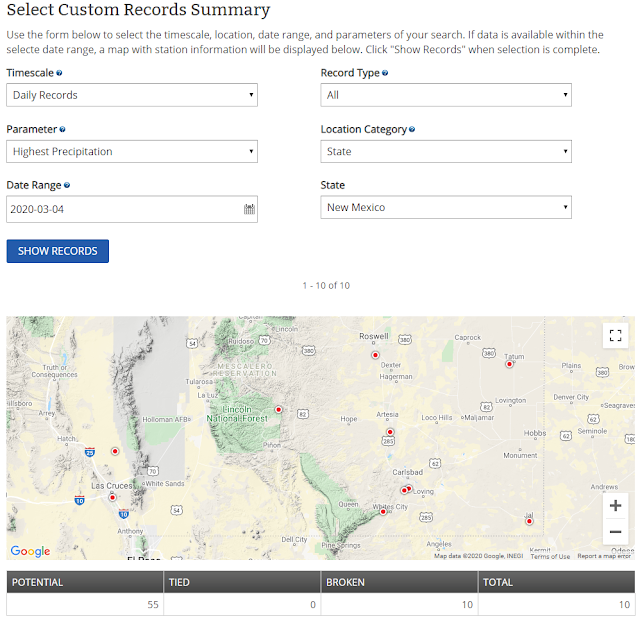 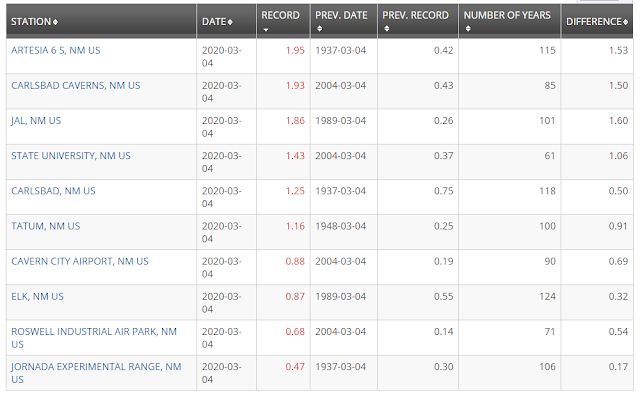 This was one of those cases where what radar estimated to have fallen and what actually did fall was considerably less in some cases. So the maps above do not really do justice for the local area concerning storm total rainfall amounts.

Historical rainfall totals fell over Southeastern New Mexico and parts of West Texas this past Wednesday and Thursday. Many stations established new daily maximum 24-hour rainfall records for March 4th. Rainfall totals across Southeastern New Mexico including parts of the Sacramento and Guadalupe Mountains averaged between 1.50" and 4.00". Most of us got more rain in one day than in entire months past (March) going back to 1894.

Long term average rainfall totals for Southeastern New Mexico during the month of March are only around .40". For most of us to get 1.50" to 4.00" in a day is pretty incredible for this time of the year.