How About Widespread Soaking Rains Monday Night Into Wednesday? 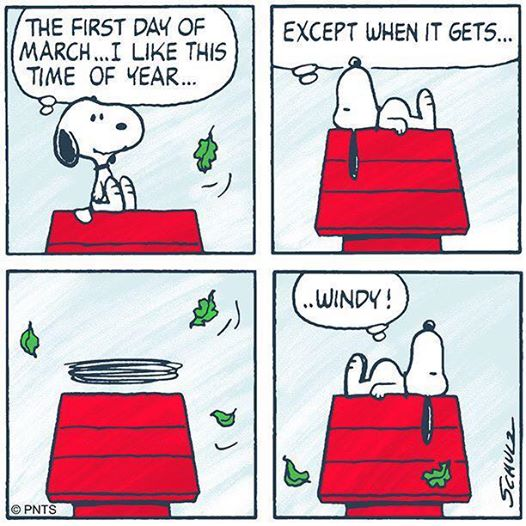 March typically is the windiest month of the year for New Mexico and for many places in the state the driest. March and April are battleground months for the atmosphere. The Polar and subtropical jet streams are still strong and active as winter tries to hang on during the transition from winter to spring. At the surface, the increasing higher sun angle is hard at work warming up the landmasses which adds heat and instability to the atmosphere. So a lot of dynamics are at work, often conflicting with one another, resulting in the wild swings in the weather we see during this time of the year. Such will be the case this week. 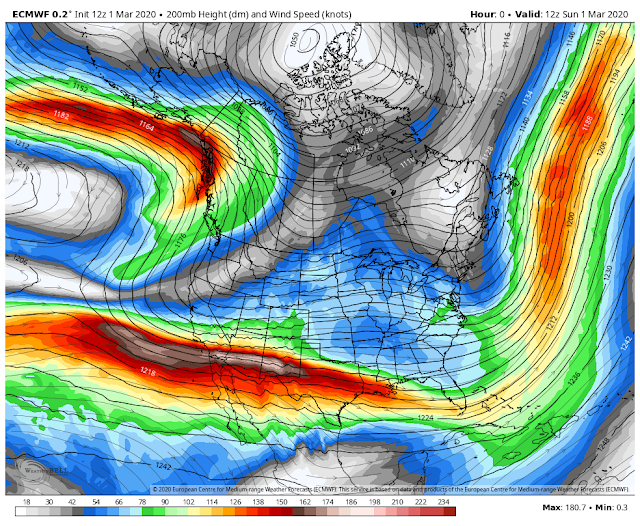 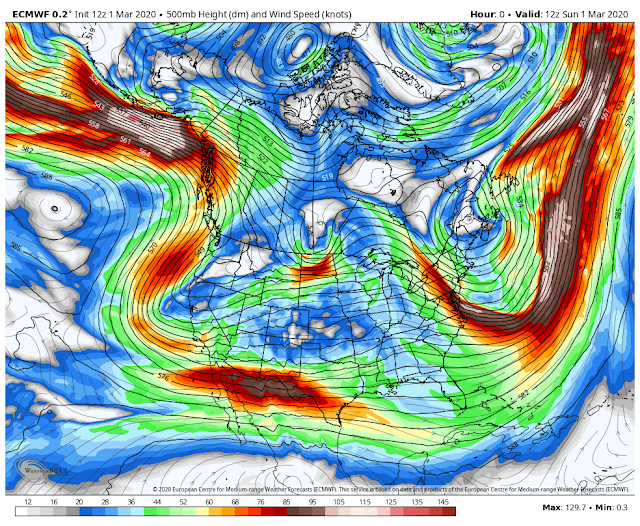 A powerful jet stream wind speed maximum is slicing across southern New Mexico today (Sunday) between 30,000' and 39,000' above sea level. Overhead at the 39,000' level, these winds were around 210 mph at sunrise this morning. Thankfully the strongest winds aloft and a little too far to the south of us along with a fairly weak surface pressure gradient. This combined with a thick deck of high clouds layered from 20,000' through 25,000' is helping to prevent good mixing conditions down to the surface. In other words the stronger winds aloft from 10,000' up to 39,000' aren't being pulled down to the surface. 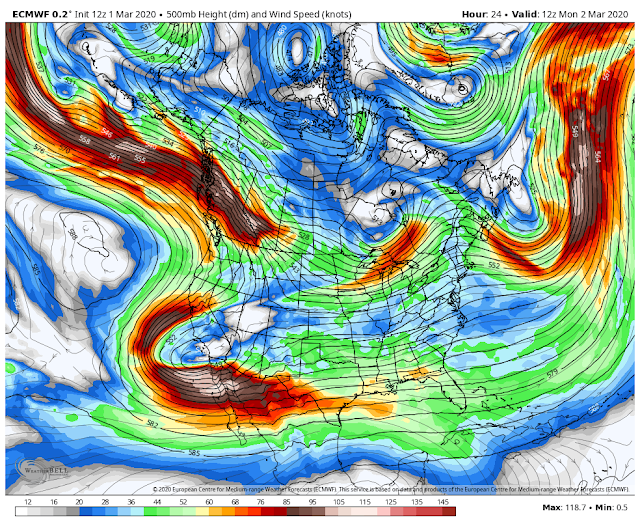 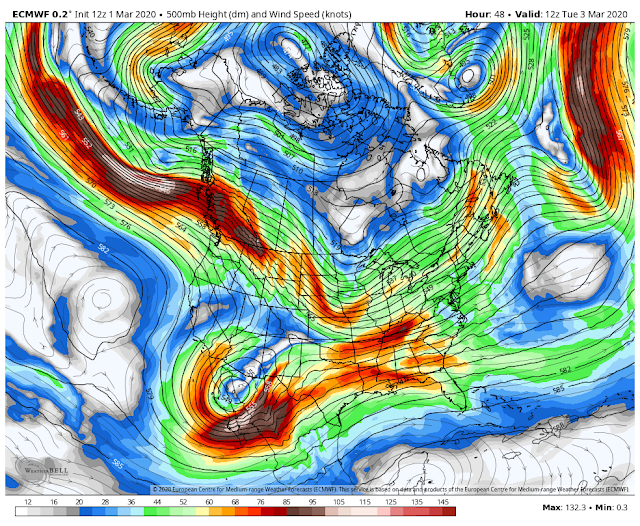 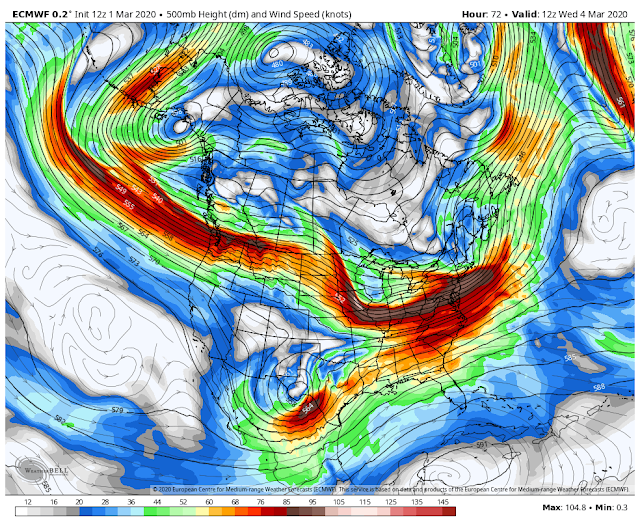 At the 18,000' level this morning the polar jet stream is digging a longwave trough of low pressure to the southwest from northern Idaho southwest into central California. This trough of low pressure at the mid-levels of the atmosphere is forecast to close off tonight into Monday, and by sunrise Monday morning it will be located west of southern California. Then it will move southeastward into northern Mexico south of Tucson by Tuesday morning. By Wednesday morning it will be somewhere near the Big Bend area of West Texas...unless it stalls or slows down.

Valid At 5 AM MST Monday. 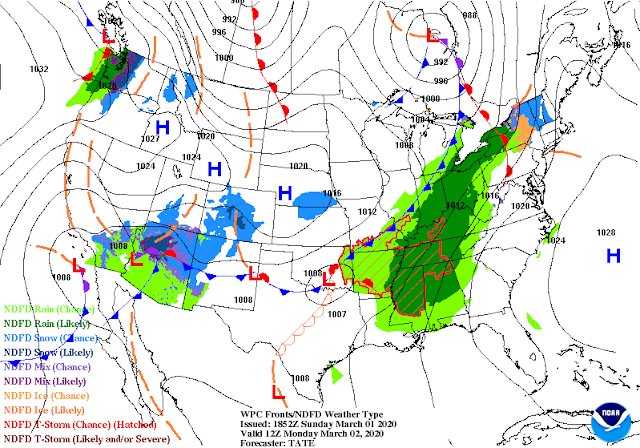 Valid At 5 AM MST Tuesday. 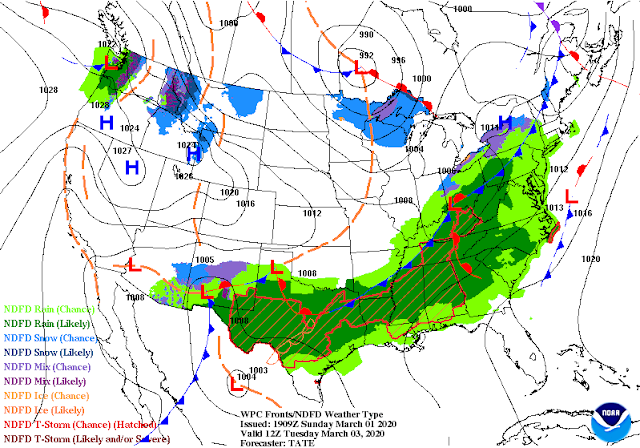 Meanwhile, a cold front approaching from the north and a Pacific cold front approaching the area from the west will interact with the strong closed low to our west Monday night into Wednesday to give the area a good chance for rain and higher mountain snows. Low level southeasterly upslope flow from the Gulf of Mexico will add to the mix. In fact, there are concerns for locally heavy rainfall, thunderstorms, and localized flash flooding. Once in a great while, this setup happens in March but not very often so it's going to be a pretty big deal if the model rainfall forecasts pan out.

Valid At 10 AM MST Sunday Morning.

A long stretch of mid and high-level subtropical moisture is being pulled northeastward from well south of the Hawaiian Islands into the Desert Southwest and will continue to do so into Tuesday night. This incoming late winter/early spring storm is going to be a wet one.

How Heavy Will The Rains Be? 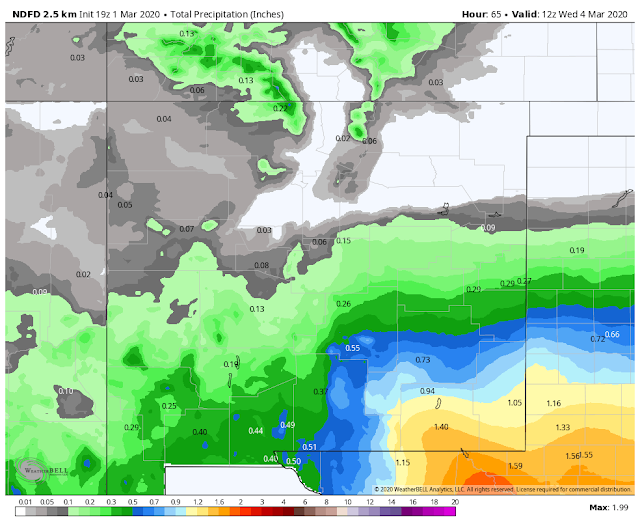 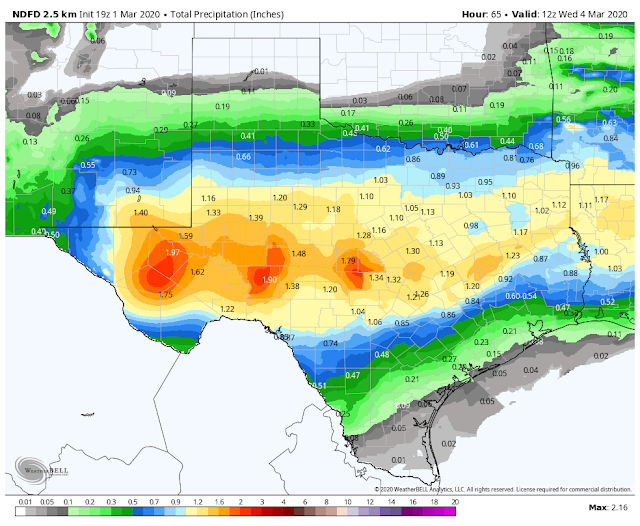 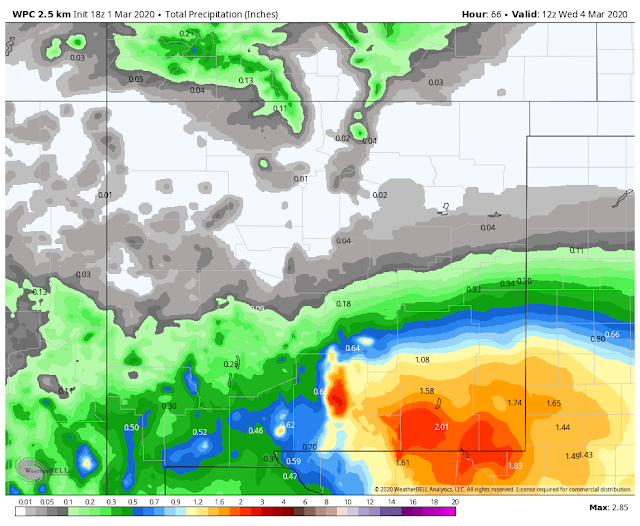 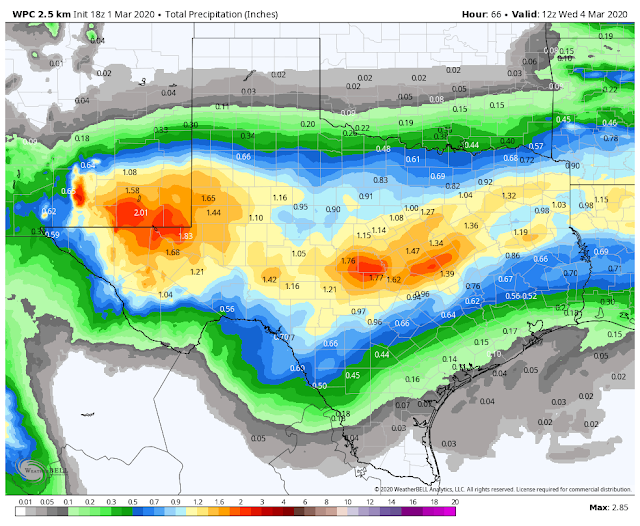 Generally speaking, current model forecasts are calling for the possibility of widespread moderate to heavy rainfall totals between Monday night into Wednesday morning in the neighborhood of 1" to 3". This may change over the next couple of days. But I'll take a soaking cold rain over a duststorm any day during the first week of March. 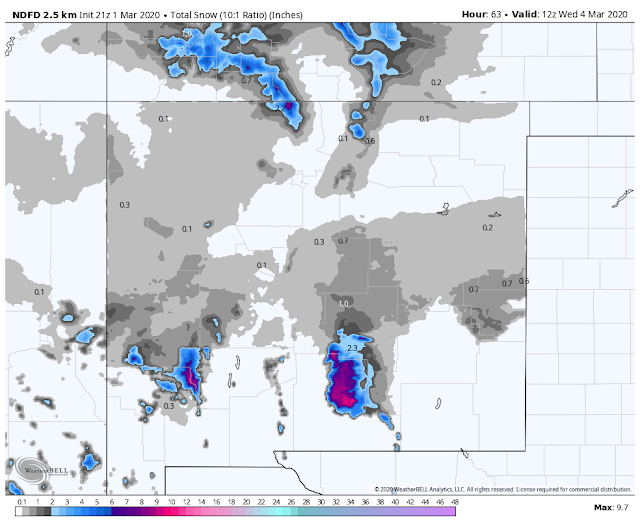 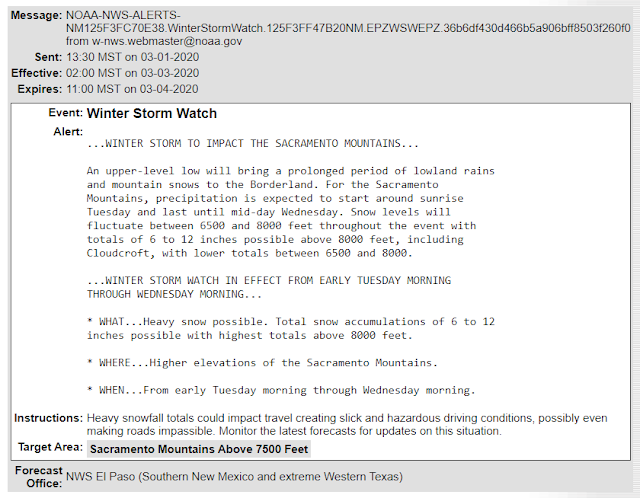 We are going to have to watch this storm closely because there is a chance that if the colder air to our north and west can work its way into the local area sooner than is currently forecast, then some of us may see a wintry mix of rain and snow. Especially over and near the mountains. The models are still trying to resolve all of the details but no doubt it's going to have a significant impact upon our local weather Monday night into Wednesday.