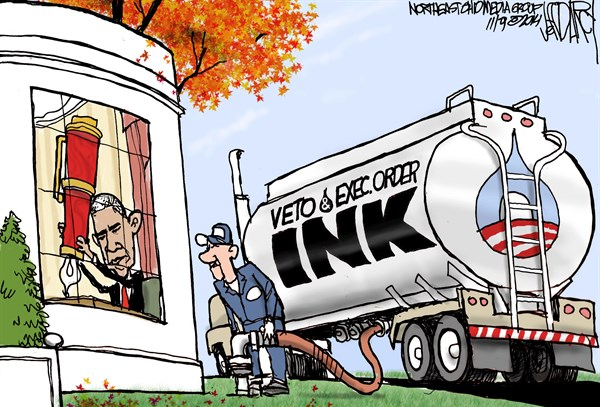 Article I, Section 1 of the U.S. Constitution states: “All legislative Powers herein granted shall be vested in a Congress of the United States, which shall consist of a Senate and House of Representatives.”
Despite the Constitution’s clear language, Barack Obama continues to “make law” on his own through executive fiat and bureaucratic directives.
Executive orders, actions, and memoranda that attempt to "make law" must be declared null by members of the U.S. House and Senate.
Take action! Add your name below to petition your U.S. Representative and Senators.