All remains quiet on the western front for now. At least this is the case here in southeastern New Mexico. Fog an low clouds blanketed parts of the local area this morning. The lowest visibilities noted at the Roswell, Artesia, and Carlsbad Airports occurred between 6:23 and 7:55 AM this morning. 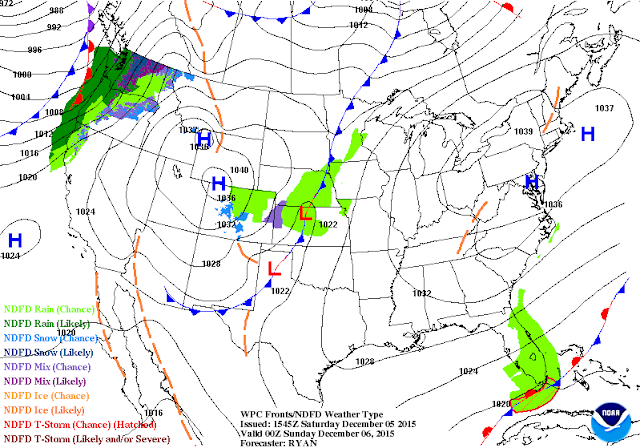 A weak cold front will work its way southeastward into the local area late this afternoon. Our afternoon high temperatures are forecast to climb up into the low-mid 60's today, cooling down some ten degrees or so by Sunday. Our weather is forecast to remain tranquil this up coming week.

I've learned through the years that when our weather is this quiet and uneventful in December during an El Nino winter...look out. A transition in the jet stream pattern continues to slowly unfold and will do so over the next week to ten days and beyond.

Next Winter Storm - Next Weekend? 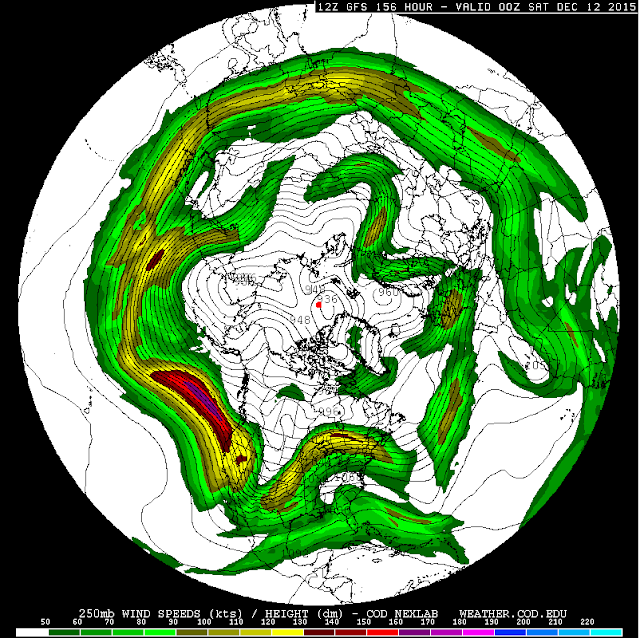 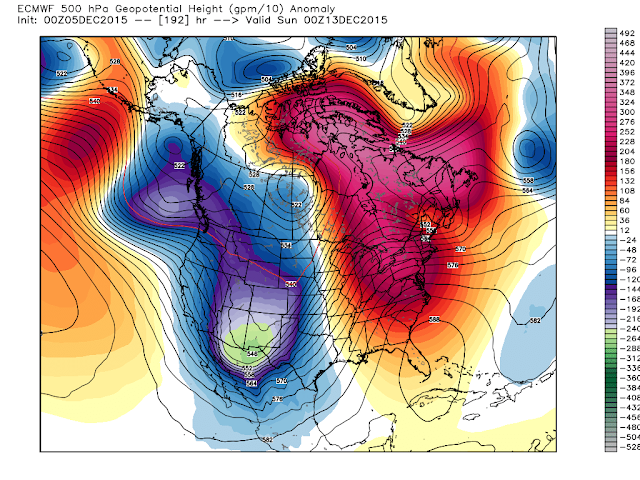 Anytime the atmosphere is transiting from one state to another, such as from fall to winter, which is happening now, the computer forecast models often have a hard time sorting things out. This is further complicated by the fact that this current El Nino appears to be peaking in intensity while shifting from an Eastern Pacific based event to more of Central Pacific based event. Result...model chaos.

We see this taking place in the model forecasts this morning. The long range models are struggling with our next potential winter storm due next weekend. The US GFS model seems to want to keep the 500 millibar trough due to arrive next weekend open and more progressive, or moving it into the state quicker with less winter-like effects than the European (ECMWF) model. Last nights run of the Canadian (GEM) model had the trough even further north than the GFS. Last nights run of the European model (posted above) digs the storm deeper into the Desert Southwest, and tries to close it off, forming a closed low over the Four Corners Region by around next Friday or Saturday,

I've found that the European model typically (but not always) does a better job of handling incoming winter storms, to a point. Anyway its going to be a few more days before the models sort all of this out. The subtropical jet stream will in time become an increasing partner/player in crime with the polar jet stream, both teaming up to hammer the Western and Southwestern USA. El Nino Winters favor a more southerly storm track so keep your chin up snow lovers and skiers. Winter is getting ready to ramp up and get busy!