Some Rain Falls On The Pine Lodge Fire Today. 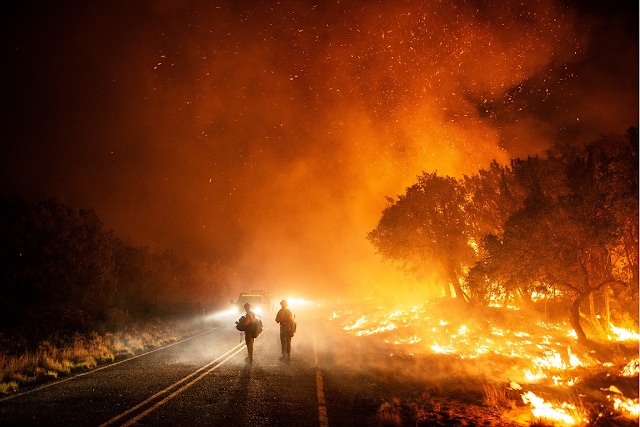 "The crew is leaving the Pine Lodge Fire in New Mexico and are on our way to Cloudcroft for a preposition due to the expected lightning the area is expecting over the next few days. These photos are from mostly backfiring operations on the Pine Lodge Fire. I'll add descriptions when I can, so sorry for the blank photo descriptions for now." 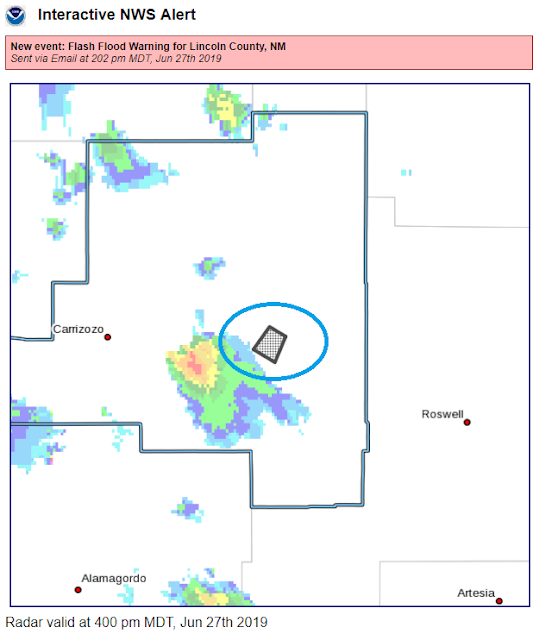 T"he National Weather Service in Albuquerque has issued a
* Flash Flood Warning for...
Southeastern Lincoln County in central New Mexico...
* Until 400 PM MDT.
* At 159 PM MDT, Doppler radar indicated thunderstorms producing
rain across the Pine Lodge burn area. Up to two tenths of an inch
of rain has already fallen and an additional one to two tenths of
an inch are likely. Flash flooding is expected to begin shortly.
* Flash flooding will impact Forest Service Roads 130 and 156,
drainages along State Road 246, Red Lick Canyon, and Kelly Canyon.
PRECAUTIONARY/PREPAREDNESS ACTIONS...
Runoff from rainfall will cause elevated water levels within
vulnerable drainage's in and downstream of the Pine Lodge fire burn
area."

This has to be one of the more interesting Flash Flood Warnings I've ever seen issued by the Albuquerque National Weather Service Office. Similar warnings were issued by this office during the Little Bear Fire in the Ruidoso area in June of 2012.

I grabbed a radar snapshot of the estimated rainfall that has fallen over the burn scar area today from the Cannon Air Force Radar. In the immediate vicinity of the burn area radar is estimating as of 5 PM that around .10" to .35" of rain has fallen. Thus prompting the flash flood warning. Sounds kinda of crazy right? Not so fast because when you burn off all of the vegetation in a hilly and mountainous area exposing bare rocky ground then it does not take much rainfall to create a flash flooding.

The warning at 4 PM MDT stated that up to .20" of rain had fallen and another .10" to .20" of rainfall would create flash flood conditions. Wild stuff indeed.

The Copeland Raws (IRAWS4) on the northeastern edge of the burn area (5,450') recorded .06" rainfall today as of 6 PM MDT. That's not much rain but its a start.

Hit and miss thunderstorms are forecast over the fire area tonight through next Monday so with luck one or more of these storms will help extinguish the fire.

As of today the Pine Lodge Forest Fire had consumed some 12,484 acres and was only 11% contained. The cause of the fire is still under investigation. 566 people are battling the fire.