Play That Song One More Time - Scattered T-Storms Today With Some Severe. 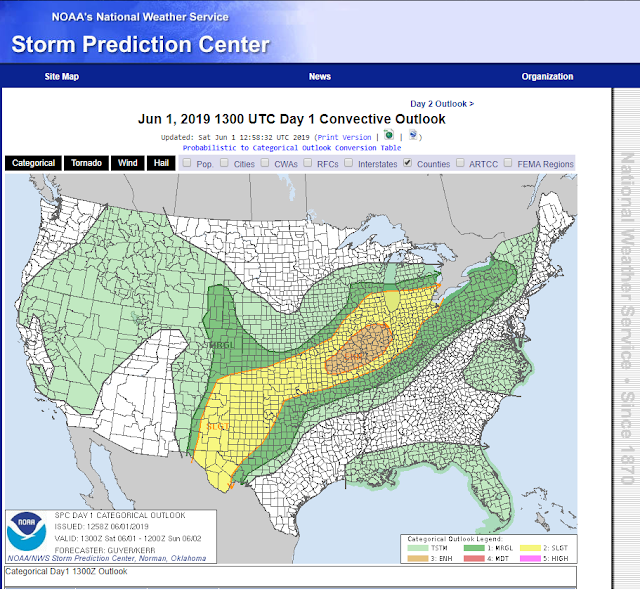 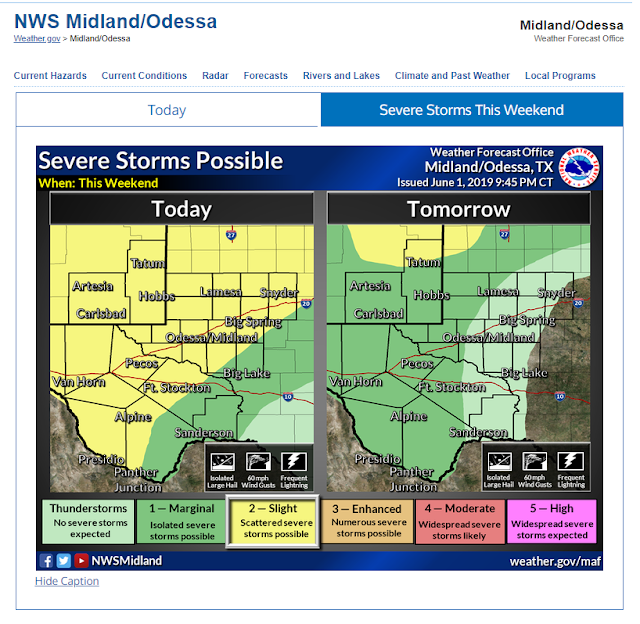 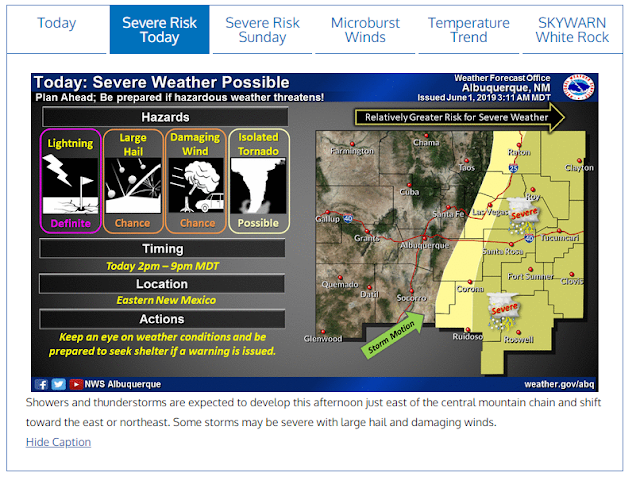 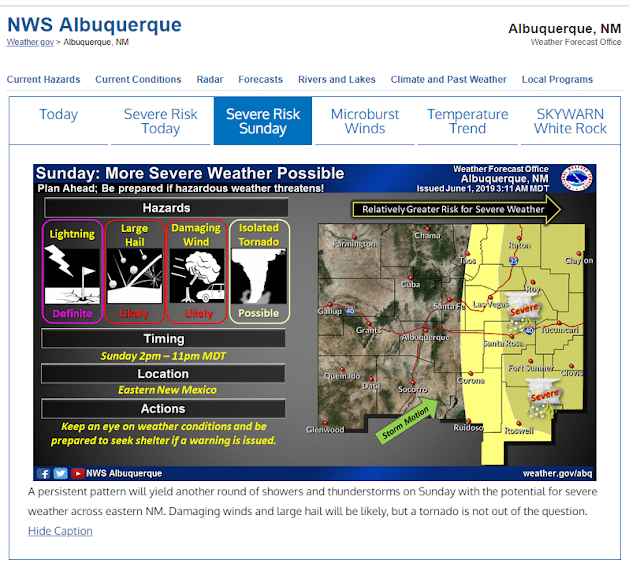 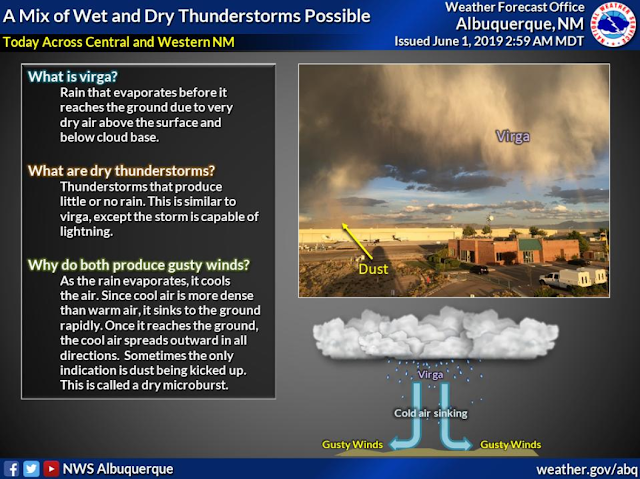 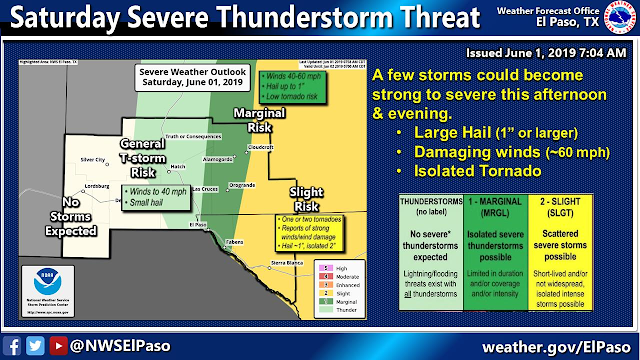 You know the drill. Widely scattered to scattered thunderstorm are still forecast to fire up over the local area today into this evening. Some will become severe. A few of these thunderstorms will be of the supercell type which will be capable of producing large hail, damaging thunderstorm wind gusts in excess of 60 mph, deadly cloud to ground lightning, locally heavy rainfall and localized flash flooding.

Then repeat the process over again on Sunday.

Thunderstorms did finally fire up across the Southeastern plains and adjacent foothills yesterday afternoon. Severe Thunderstorm Warnings were issued by our local National Weather Service Offices for a couple of these storms. A report from 29 miles west of Crow Flats at 7:34 PM MDT yesterday evening indicated that golf ball size hail and strong thunderstorm winds broke out windows.

I have always (for nearly 50 years now) contended that there are far more cases of severe weather that impacts/affects the Southeastern plains and nearby locations than are reported. Radar has come a long way with the advent of the Dopplers (recently upgraded to Dual Pols). We can finally see these storms roaming around in the middle of no mans land but getting ground truth info on what they are actually producing is still sometimes difficult. Simply because there are not enough storm spotters in these remote locations.

I run into this problem all of the time. Somebody will get clobbered on a ranch or remote location miles from a populated area with for example golf ball size hail but I won't hear about it for days may even longer. And that report most likely was never forwarded to the appropriate National Weather Service Office. The old saying that "if it isn't reported or documented it didn't happen" still holds true in some cases. So when I see a remote storm report like the one above it just reaffirms what I have always believed. Severe weather including the occasional tornado is out there but often is not reported.

Are our local National Weather Service Offices doing a better job at warning us and keeping us safe? Absolutely so! The National Weather Service Skywarn Program has been a huge success in many areas locally...but there is and always will be room for improvements. Starting with many more spotters in rural areas which means more reports, which means more verification of warnings. And better warning or lead time for the populated areas affected by an approaching severe thunderstorm. 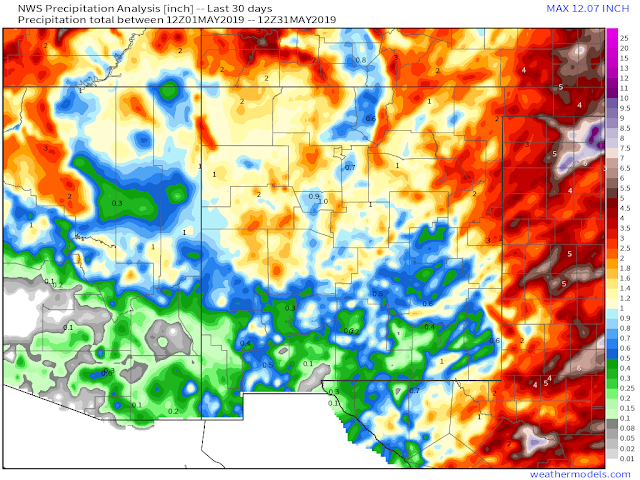 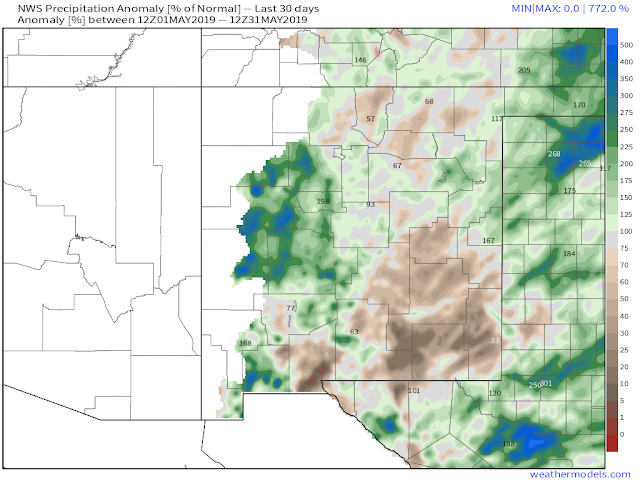 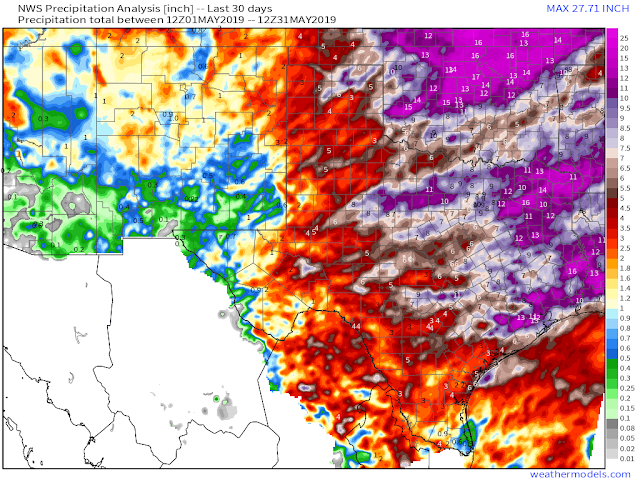 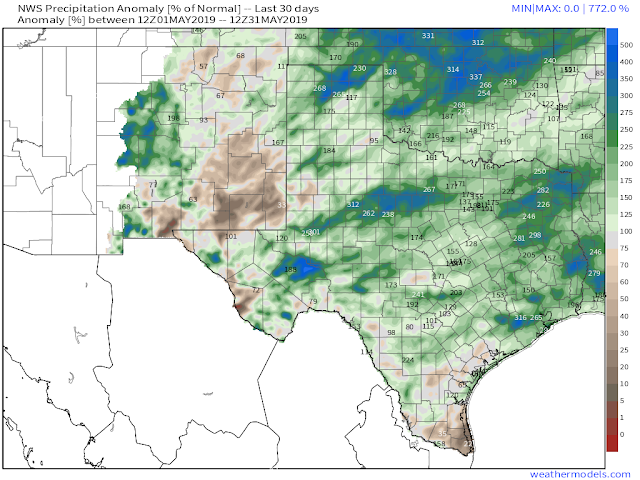 May 2019 in many ways was pretty typical for the area. It was however cooler and wetter than normal in some areas of New Mexico and many areas of Texas. Except for the black hole area of the Pecos Valley of Southeastern New Mexico. Many of us can't seem to buy a decent rain this spring.

The Truth Is Stranger Than Fiction - And Sometimes It Hurts!
at Saturday, June 01, 2019