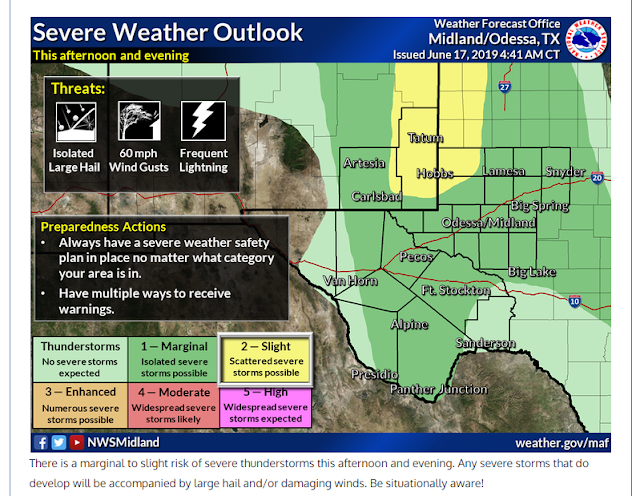 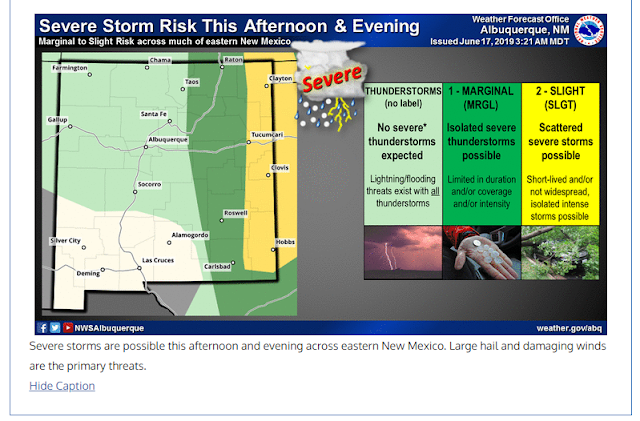 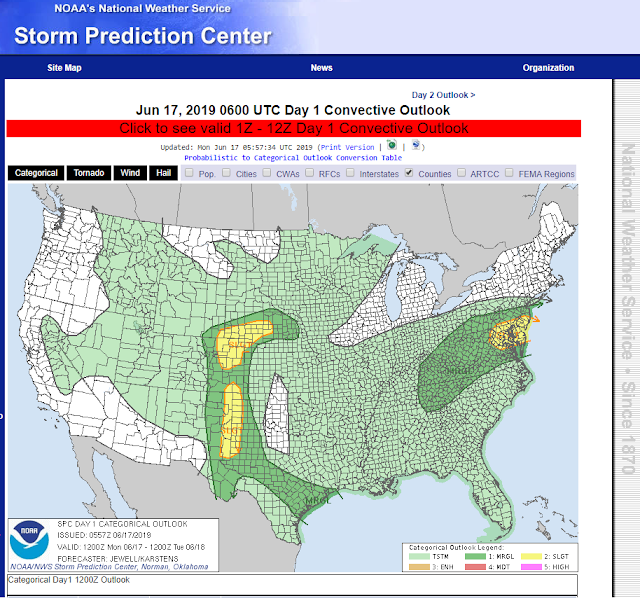 Dew point temperatures have climbed up into the low to mid 60's early this morning with the dryline backed up against the east slopes of the Capitan, Sacramento, and Guadalupe mountains. Low level southeasterly upslope flow is producing a deck of stratocumulus over the Pecos Valley and Southeastern Plains this morning.

Thunderstorms are forecast to form over the mountains late this morning and early this afternoon and then drift eastward out over the Southeastern Plains and into West Texas by late this afternoon and evening. Large hail and damaging thunderstorm wind gusts will be the primary severe weather threats. Along with deadly cloud to ground lightning and locally heavy rainfall that could produce localized flash flooding.

Winds aloft are fairly weak so the threat for tornadoes appears to be low. But remember severe thunderstorms can and sometimes do produce tornadoes with little to no advanced warning. 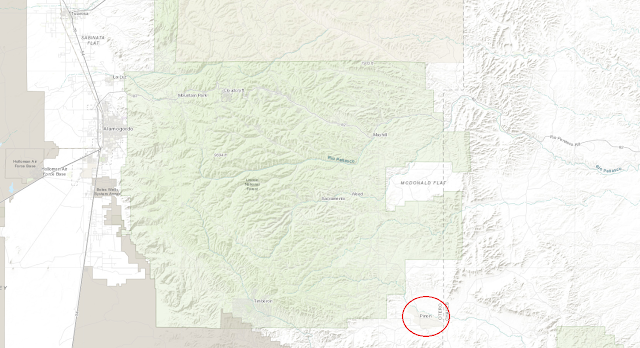 Pinon is a small ranching community located in the southeastern corner of Otero County at the foot of the Sacramento mountains. Pinon is southeast of Weed and Sacramento, and south-southeast of Mayhill and east of Timberon. Pinon's elevation is 6,020'.

I stumbled across this video yesterday while searching for additional videos of tornadoes that may have occurred near the Hope area on June 4th. Searching through the Storm Prediction Centers data base I can't find where this tornado was reported. Were there more tornadoes in and close to that area that afternoon? Did this tornado or others cause any damages? I'm thankful Mr. Gage shot the video because this just lends truth to what I've always said and believed in that we have more tornadoes in Southeastern New Mexico than most people think. They just go unreported and documented sometimes.

In the blog I posted on June 15th I mentioned that there still remains a need for more Skywarn Spotters and better reporting of severe weather events such as this locally and across New Mexico. This once again proves that tornadoes do occur in and near the mountains of New Mexico.

Remember radar does not and will not detect tornadoes. It detects the rotation within a severe thunderstorm that may lead to the development of tornadoes. Radar coverage over the Sacramento mountains is less than ideal. Ground truth information on what is really going on in a storm is always one of the key triggers for a warning or not. This is the role of the spotter. 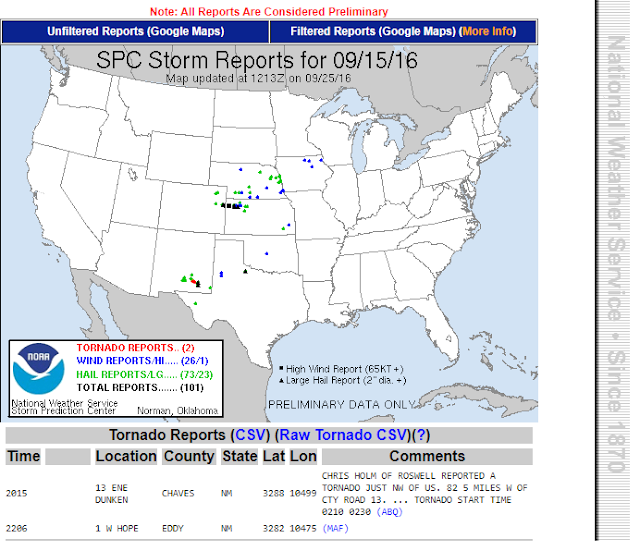 Two tornadoes were reported close by that afternoon. One 13 miles east-northeast of Dunken at 2:15 PM MDT and the second 1 mile west of Hope at 4:06 PM MDT. Although as my blog post from that day shows there were several more tornadoes that were well photographed and documented near Dunken and Hope that afternoon. Destructive hail also occured in the Atoka and Dayton areas south of Artesia. 4.00" diameter hail was reported from a separate severe thunderstorm at 10:18 PM MDT in Seven Rivers.

The Truth Is Stranger Than Fiction - And Sometimes It Hurts!
at Monday, June 17, 2019