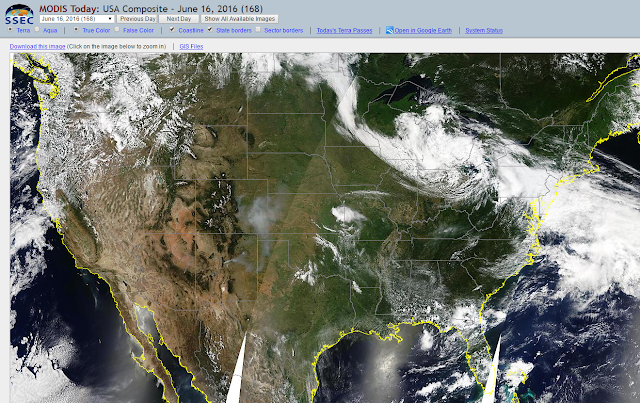 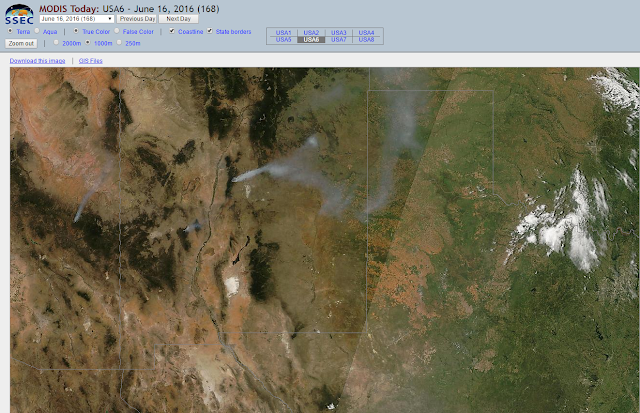 As of 11 PM MDT last night the Dog Head Forest Fire (burning in the Manzano Mountains) southeast of Albuquerque had consumed some 17,000 acres and was 0% contained. 24 homes and 21 other buildings had also been lost to the fire. Notice in the visible satellite images above that smoke from the fire was carried eastward into Eastern New Mexico and West Texas, and then northward into Colorado and Western Kansas on Thursday.

Check out this Facebook video posted by Gary Gurule of a close slurry drop on the fire! 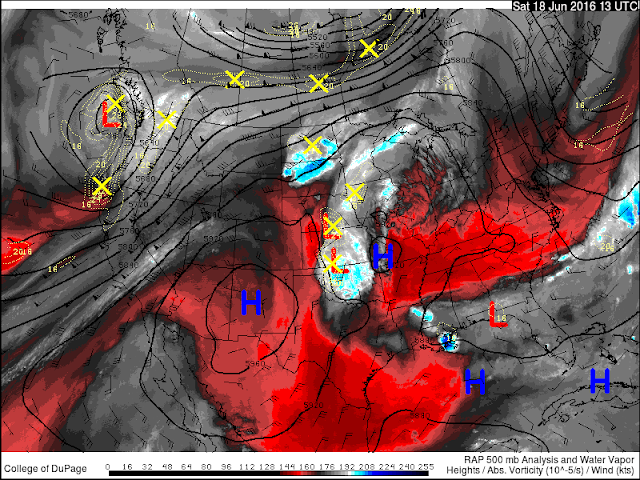 Our current heat wave is forecast to continue today across much of Eastern, Southeastern, and Southern New Mexico as well as across parts of West Texas. In fact a Heat Wave Advisory remains in effect for the area. Today potentially could be the hottest day of this heat wave. We get somewhat of a break for the first couple of days next week with highs dropping down into the upper 90's then rebounding again to the century mark by Thursday into next weekend. Rain? Nope that's not in the cards for us. 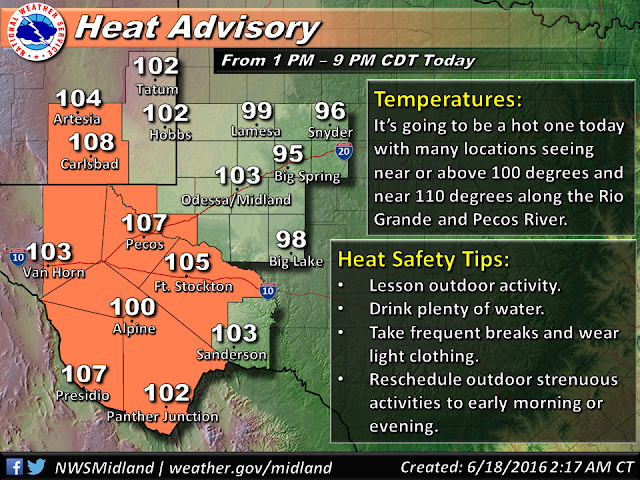 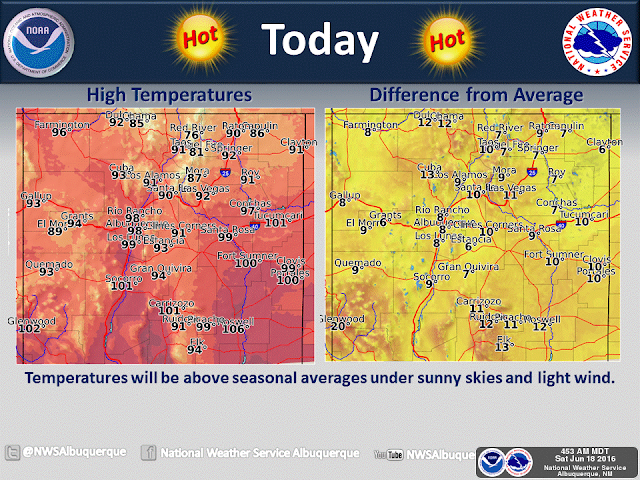 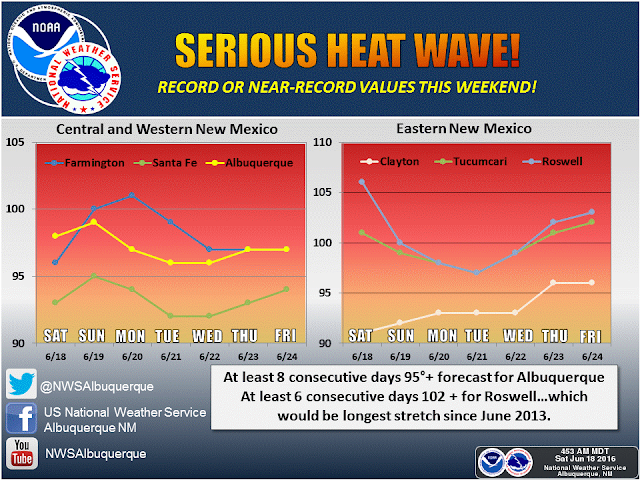 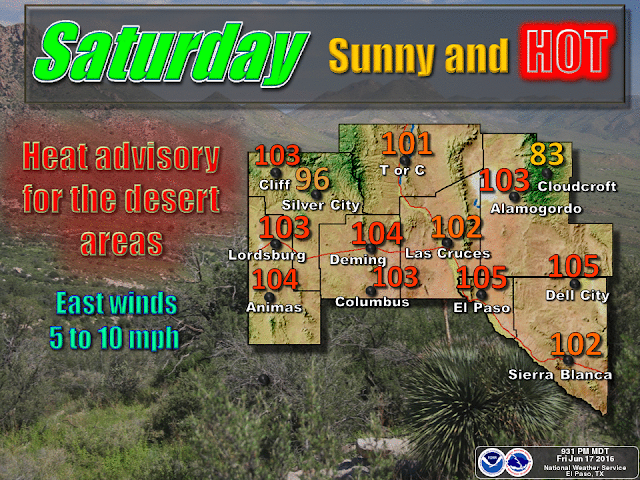 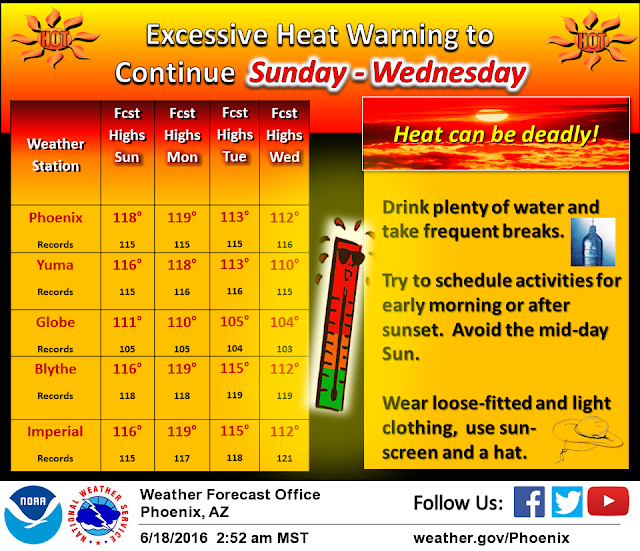 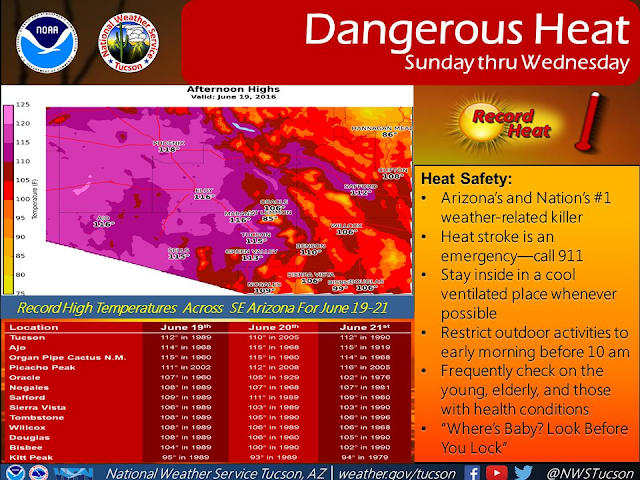 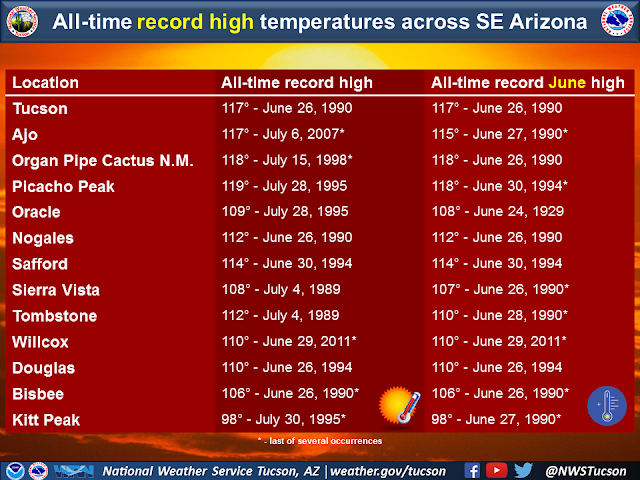 Our neighbors to the west in Arizona are looking at brutal temperatures this weekend into the middle of next week also.

Reported NM High Temperatures So Far This Month.
(As Of Yesterday Friday, June 17, 2016).
Click On The Images To Enlarge Them. 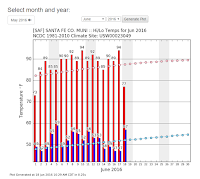 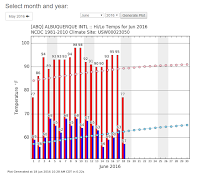 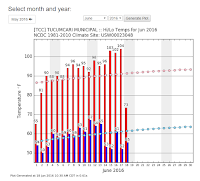 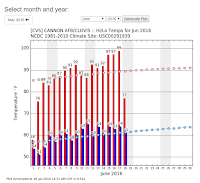 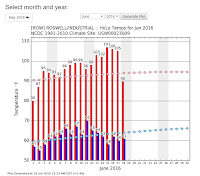 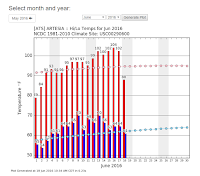 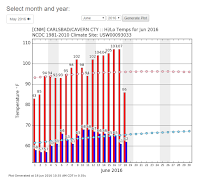 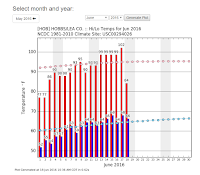 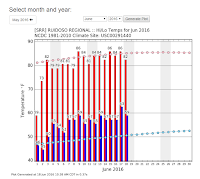 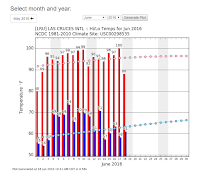 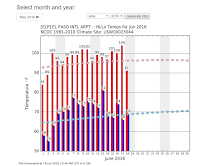 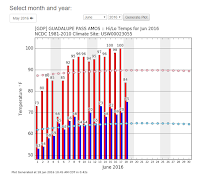 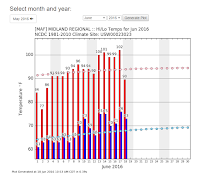 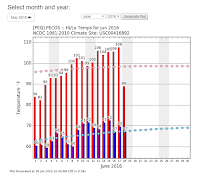 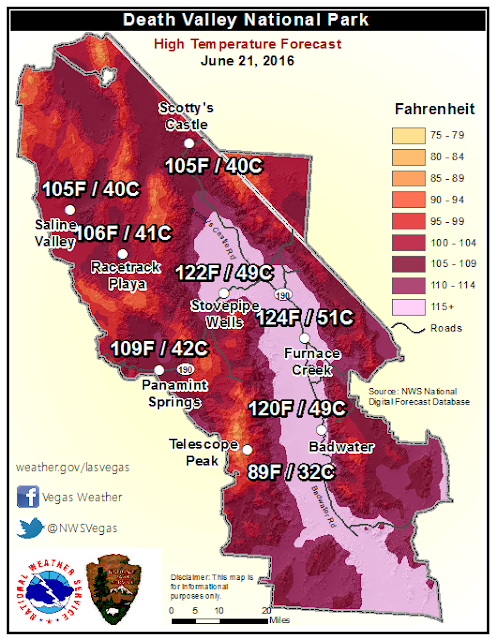 Interestingly enough the nations reported high temperature so far this summer has been 120ºF which occurred in Death Valley, California on the 2nd, 4th, and ith of this month. This reading will likely be eclipsed by Monday. The Las Vegas NWS Office is currently forecasting a high temp on Monday in Death Valley of 122ºF, 124ºF on Tuesday, and 122ºF Wednesday.

Roswell recorded the nations reported high temperature this past Wednesday with a reading of 107ºF. Pecos, Texas topped out at 108ºF on Thursday for the nation's high.

The Truth Is Stranger Than Fiction!
on June 18, 2016
Posted by Wendell Malone