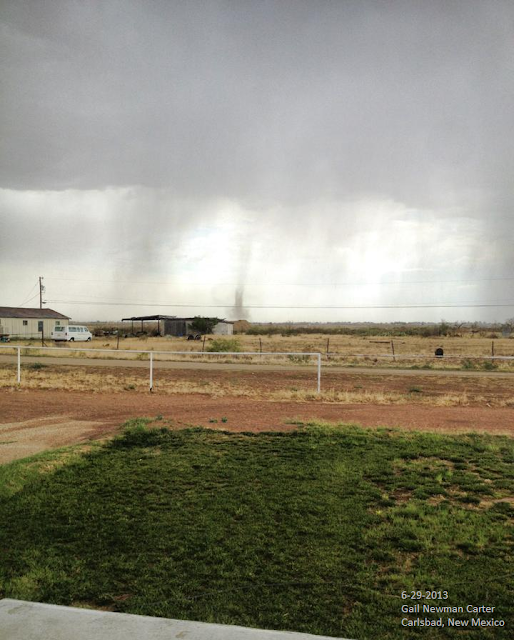 Photo Is Courtesy Of Gail Newman Carter.
Taken near the Carlsbad Airport which is 5 miles south-southwest of town. 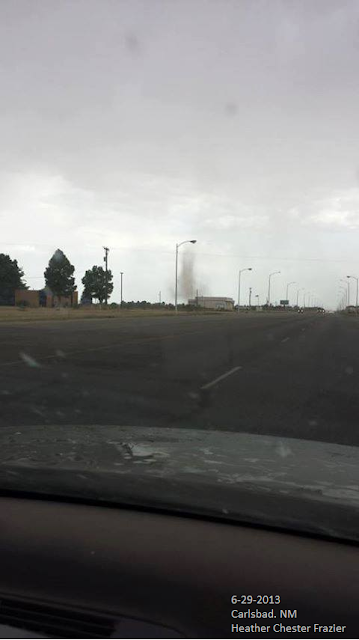 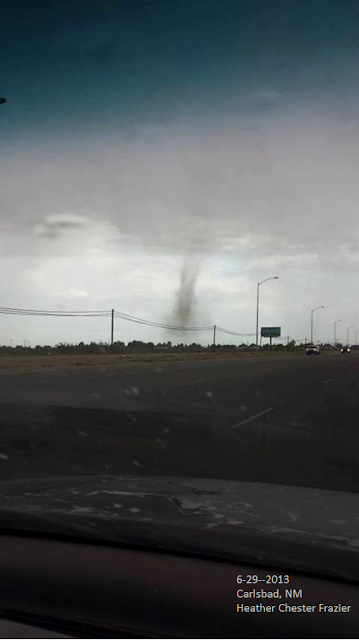 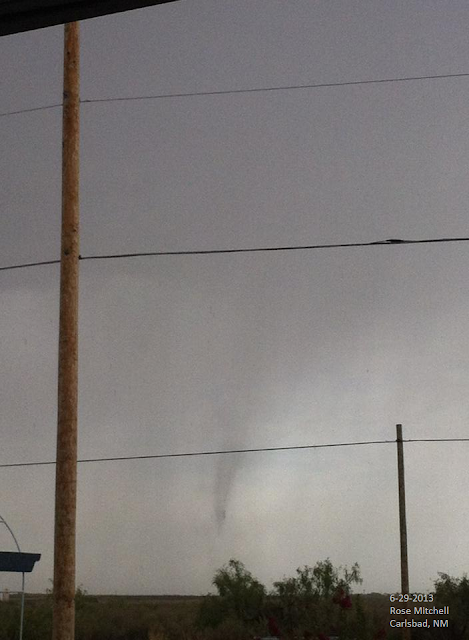 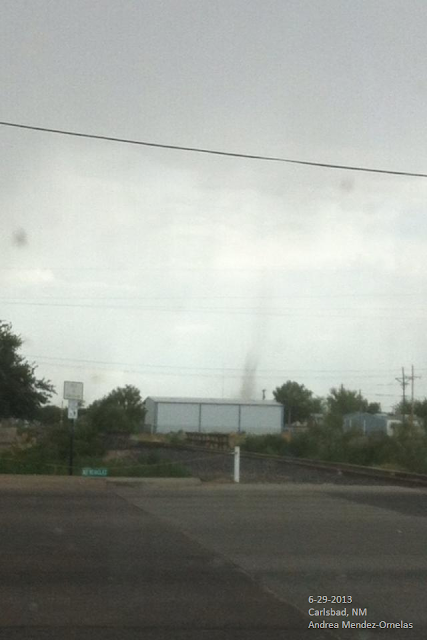 Photo Is Courtesy Of Andrea Mendez-Ornelas. 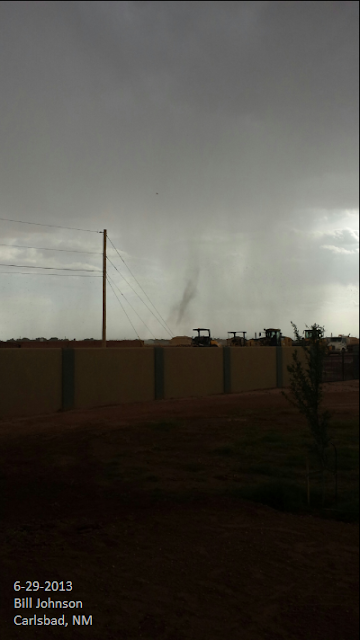 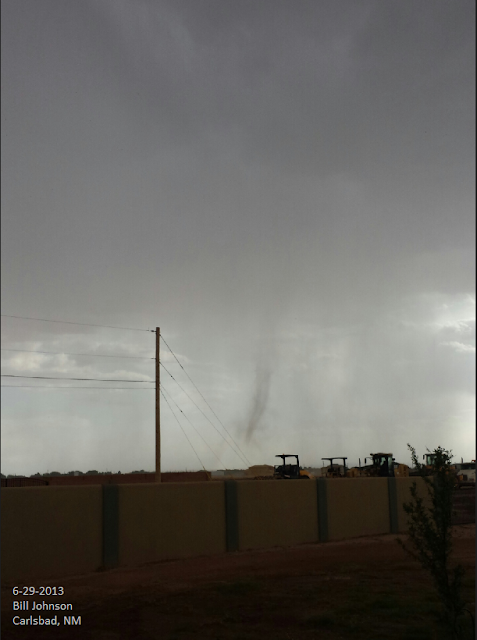 Photos Are Courtesy Of Bill Johnson Of Carlsbad.

"Colloquial expression describing tornadoes occurring with a parent cloud in its growth stage and with its vorticity originating in the boundary layer.
The parent cloud does not contain a preexisting midlevel mesocyclone. The landspout was so named because it looks like a weak Florida Keys waterspout over land."[2]

Known officially as "dust-tube tornadoes" by the National Weather Service,[3] they form during the growth stage of convective clouds by the ingestion and tightening of boundary layer vorticity by the cumuliform tower's updraft.
Landspouts most often occur in drier areas with high-based storms and considerable low-level instability. They generally are smaller and weaker than supercellular tornadoes, though many persist in excess of 15 minutes and some have produced F3 damage.
They bear an appearance and generative mechanism highly similar to that of waterspouts, usually taking the form of a translucent and highly laminar helical tube. Like waterspouts, they are also technically considered tornadoes since they are defined by an intensely rotating column of air in contact with both the surface and a cumuliform cloud. Not all landspouts are visible, and many are first sighted as debris swirling at the surface before eventually filling in with condensation and dust.

Click on this link for additional photos of landspout tornadoes.