Its Extremely Dry & Likely To Stay This Way. 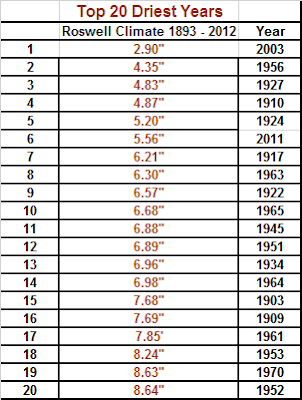 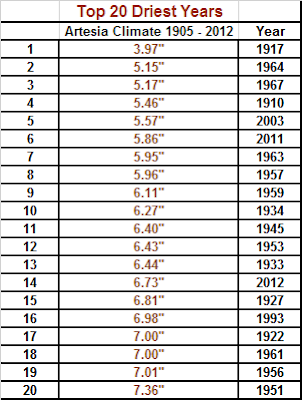 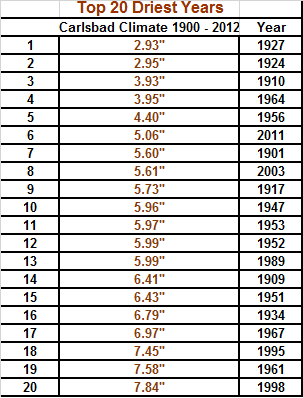 Rainfall Totals Listed Above Are Courtesy Of
The Western Regional Climate Center.

Rainfall Totals Listed Above Are Courtesy Of- 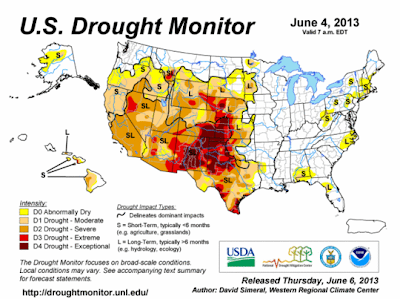 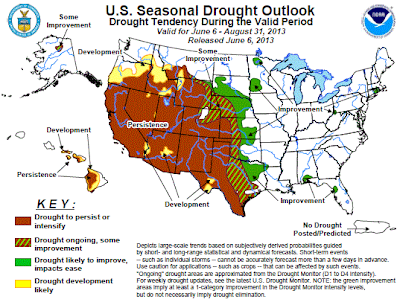 No matter how you dissect it the current ongoing three year drought is bad, very bad as a matter of fact, and its getting worse with time. Take a look at the local National Weather Service Climate Co-Op Station rainfall totals to date for the local area.

I've managed to squeeze out 1.68" for the year so far here at my home in Carlsbad. Additional local rainfall totals for the area are available via the CoCoRaHs network. June typically is the hottest month of the year as far as daily high temperatures are concerned and we've already topped 100-degrees multiple times in May and so far this month. This trend will likely continue with little to no relief in sight in the near term.

"New Mexico and other areas across the Southwest U.S. are affected by the North American Monsoon System (NAMS) every summer, and the “Monsoon Season” is designated as the period lasting from June 15th through September 30th.

With the onset of the Monsoon, New Mexico is typically impacted by a variety of weather hazards that can often put the population at risk for serious injury or death. Thunderstorm frequency increases during this period, while exceptionally hot days are common as well.  These pages were prepared to help promote awareness of the life-threatening weather hazards that affect New Mexico during the Summer Monsoon."