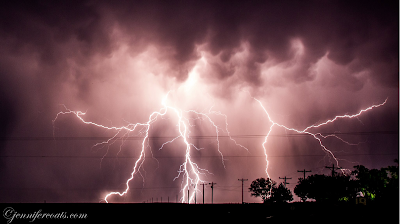 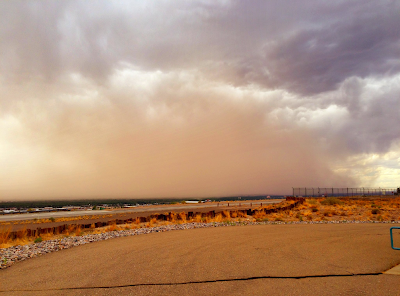 Albuquerque Gets Hit With Another Haboob Yesterday Afternoon.

This Graphic Depicts How Much The Radar Was Over Estimating
The Rainfall Totals Yesterday.

NWS Mesonet 24-Hour Rainfall Totals As Of  6 AM MDT. 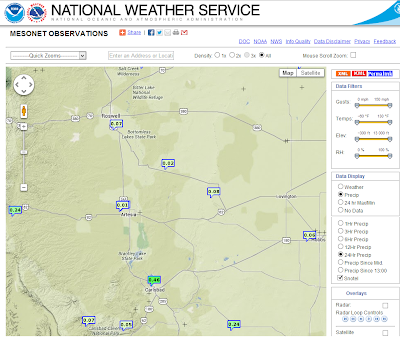 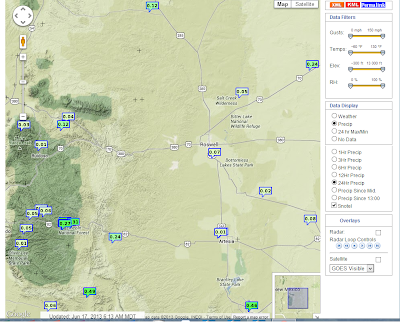 Rainfall Totals The Past 14-Days. 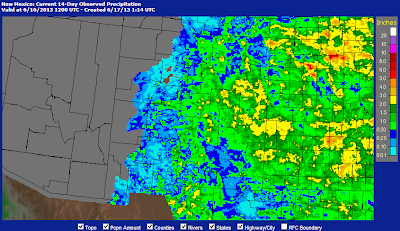 Thunderstorms have returned to southeastern New Mexico and west Texas. Some of these storms have produced some decent rainfall totals over the past couple of weeks in some locations. As is typical with these storms not everybody has received the same amount of rainfall. Some locations have done fairly well while others remains very dry. Its a start and we're hoping for more to come.