Storm Chasers Are Getting Too Close! 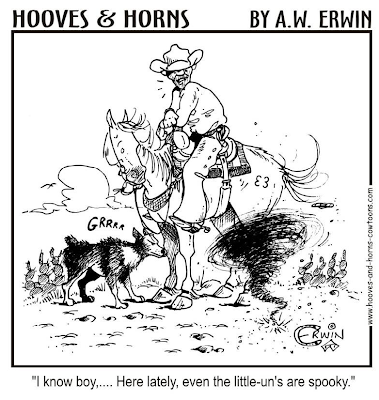 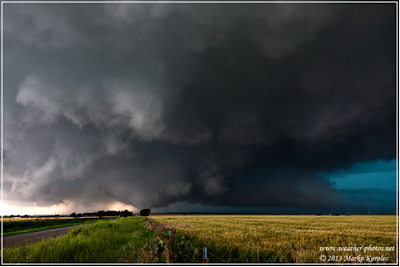 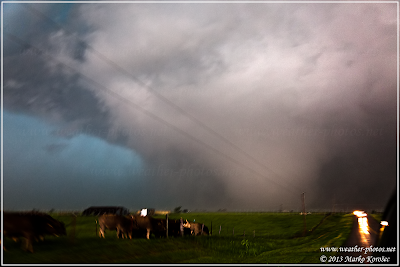 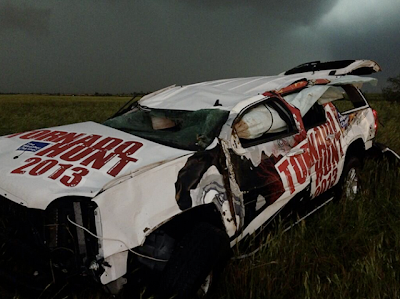 The Weather Channels Mike Bettes & His Chase Vehicle Got Too Close
To The El Reno, Oklahoma Tornado Last Night And Got Caught. They
Are Ok But Lucky To Be Alive. Click On This Link To See The
Video From Inside Of Their Vehicle As They Got Rolled By The
Approaching Tornado. 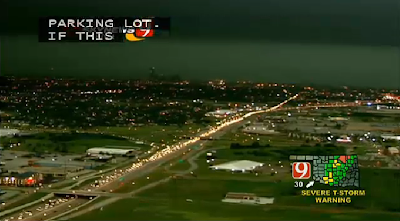 People Panicked In Oklahoma City Last Night And Created A
Massive Traffic Jam On I-40 And I-35. When They Tried To Flee
The Approaching Tornadoes. Wrong Thing To Do. Some Didn't
Make It And Got Caught. At Least 9 People Were Killed. 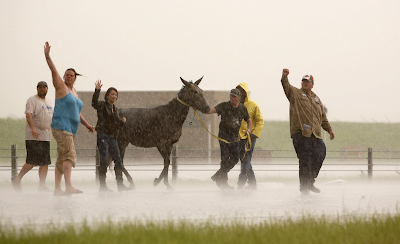 This Horse Was Rescued From Off The Highway After The El Reno,
Oklahoma Tornado Yesterday Afternoon.

Storm Chasers have been getting way to close to tornadoes for way to long. Some of them got caught yesterday in Oklahoma.

A lot of things went wrong in Oklahoma yesterday, chasers getting too close and getting hit or nearly hit by the tornadoes, and apparently someone in the local news media telling the people in Oklahoma City to evacuate the city and drive south to get away from the tornadoes. I can't say for sure if this is true or not but if it is then this has to top the all time stupid list of the century. Getting into your vehicle and trying to flee an approaching tornado in a crowed large city on a packed interstate is the wrong thing to do.

Take a look at Storm Chaser David Drummonds video below...notice the wall cloud in the background with the continuous line of traffic of people fleeing the approaching storm. Insane to say the least.

"Video shot on Hwy 81, just north of Chickasha, OK. In the distance you can see a wall cloud, often a precursor to a tornado, and fairly intense rotation in that area was seen on radar.


Evidently someone on broadcast TV gave the word for people to get in their cars and drive south at some point, and even out here on this rural road, cars were bumper to bumper for as far as one could see driving about 45 mph...20 mph under the speed limit, with a potentially new tornado developing. Fortunately, it did not. I have up the chase right after this after having to take to dirt roads to avoid the traffic.


Evidently this scene was played out on every decent north/south road leading away from Oklahoma City.

Sadly I am learning this Sunday morning that one of the nations pioneer storm chasers and scientists was killed while chasing the El Reno, Oklahoma tornado. My thoughts and prayers go out to his family and friends. Tim was not a reckless storm chaser in any respect.