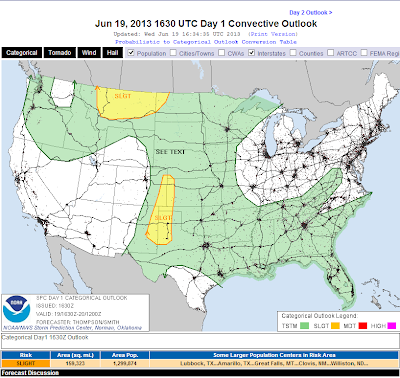 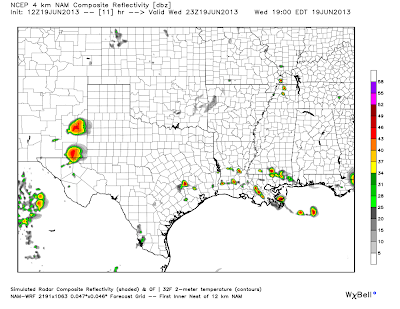 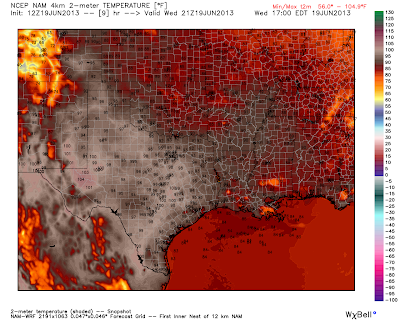 Relatively hot temperatures will dominate the southeastern plains and surrounding areas today into this weekend. Most of us will see highs close to 100F each afternoon. This is about 5-degrees above normal for this time of the year. Nothing earth shattering or record breaking, but when combined with the recent increase in humidity levels...it makes for some uncomfortably hot afternoons for us. 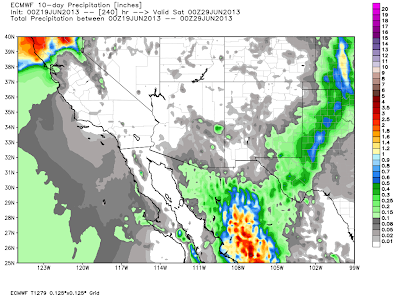 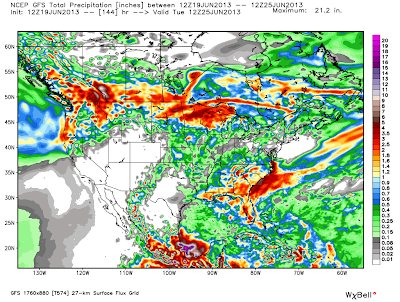 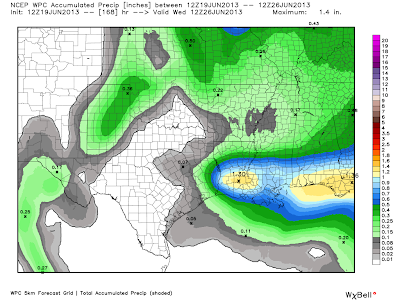 Combined with our hot afternoons over the next week will be isolated to widely scattered thunderstorms from time to time. Most of this activity will be confined to over and near the mountains. A few of these will occasionally drift out across the plains, but will be highly localized in nature. Long term drought relief still remains elusive for the area for the foreseeable future.

My Web Page Is Best Viewed With Google Chrome.
at Wednesday, June 19, 2013