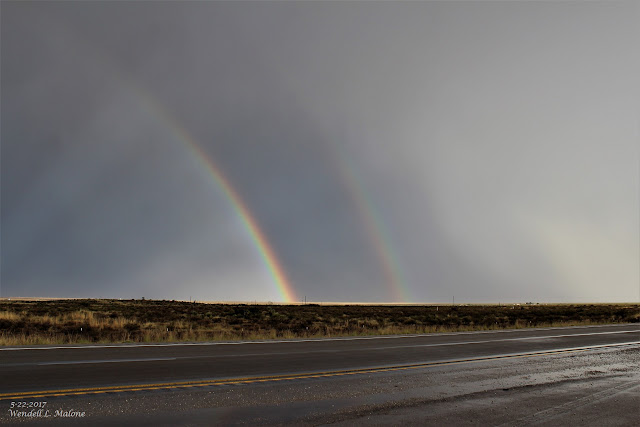 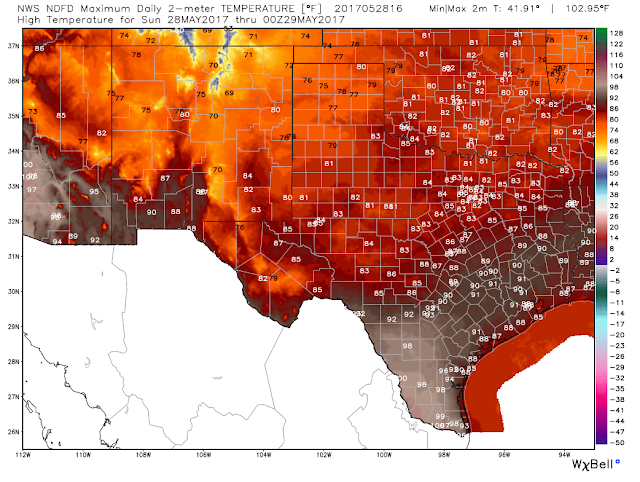 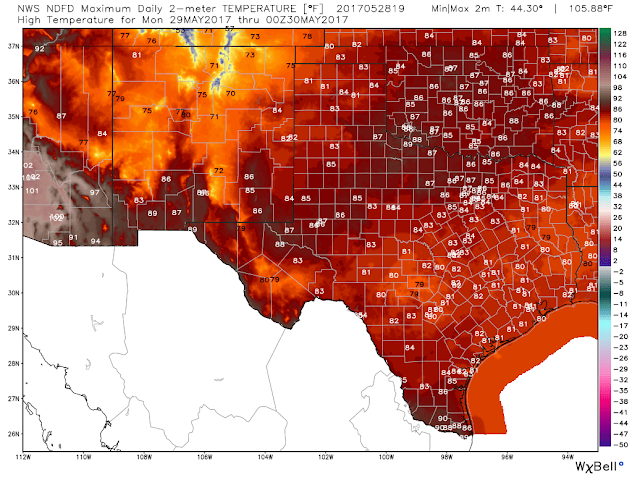 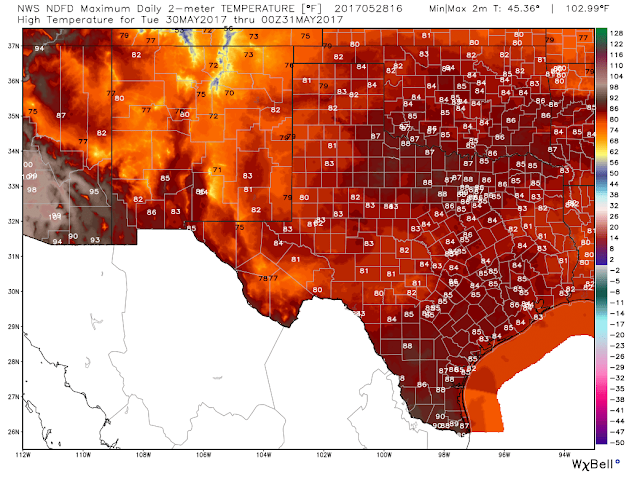 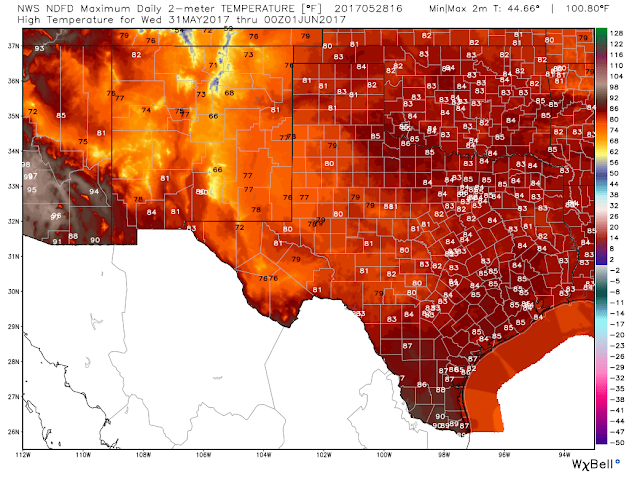 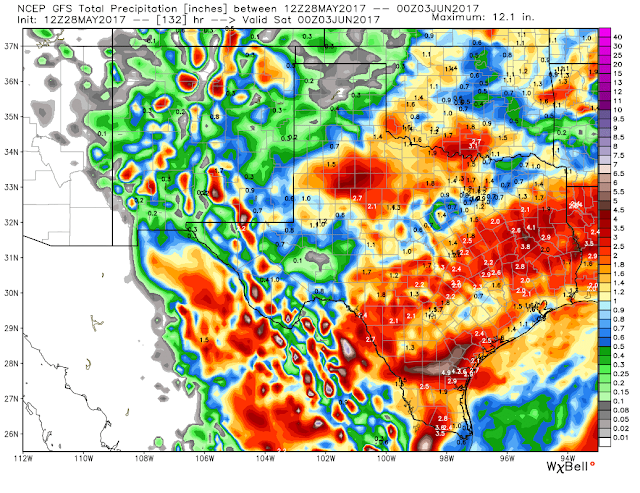 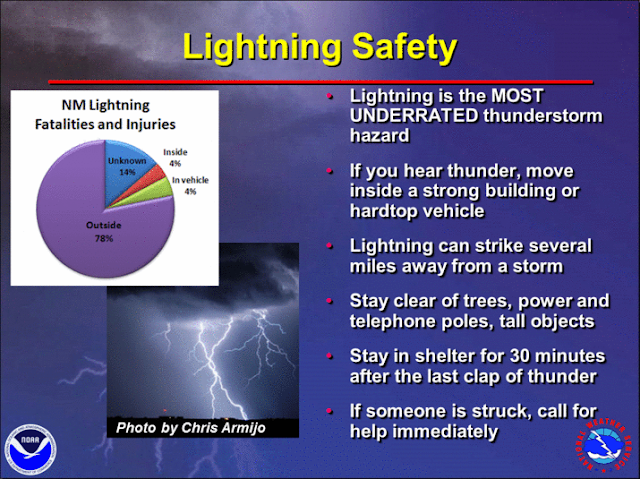 A southward moving cold front has pushed south of the state this afternoon with temperatures locally in the upper 70's to the lower 80's at the lower elevations , and the 60's in the mountains. This upcoming first week of the meteorological summer (which begins Thursday, June 1st) will be cooler than normal especially Wednesday and Thursday. Average daily afternoon high temperatures are near 90ºF and we will see our afternoon highs on Wednesday and Thursday in the 70's.

Low level southeasterly upslope flow from the Gulf of Mexico will increase behind the cold front tonight into this week. At the same time an upper level trough of low pressure will dig southward along the West Coast tomorrow into the first of the week. Upper level disturbances will rotate northeastward over the area out of this trough providing lift and instability for the development of showers and thunderstorms this week. This activity will be on the increase Wednesday and Thursday as the trough approaches from the west.

A few severe thunderstorms may form Memorial Day evening as they move off of the mountains and out onto the southeastern plains and across West Texas. Locally heavy rainfall will be a possibility with any thunderstorm this week especially Tuesday into Thursday. If the forecast models are correct then by the end of the week most of us will have received some decent rainfall amounts with some storm totals in the 1" to 3" range. Localized flash flooding may become a concern in some areas.