Several debris balls were noted with these tornadoes on radar as they tore through west-northeast of Little Rock, Arkansas last night. A debris ball occurs when a large tornado picks up a large number of objects on the ground and lofts them into the air. 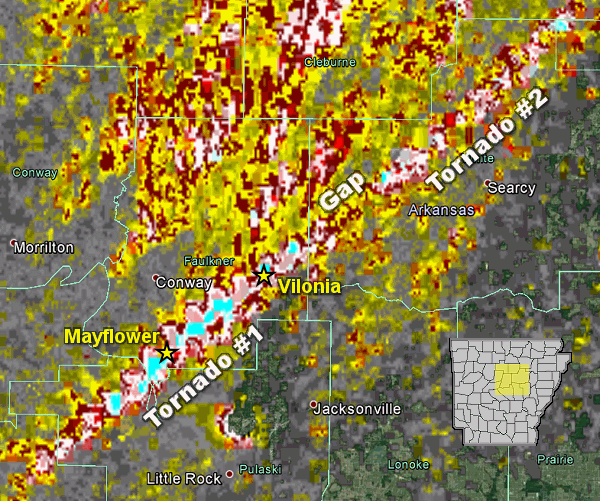 In the picture: Rotation associated with the parent storm on 04/27/2014 was persistent for roughly 40 miles (Tornado #1) before weakening (where the gap is indicated). Another tornado (Tornado #2) was likely spawned a short time later by the same storm and tracked through White, Jackson, and Independence Counties. Note: Tornado #2 may actually be several tornadoes. This will be determined through damage surveys. The graphic is courtesy of the National Severe Storms Laboratory. 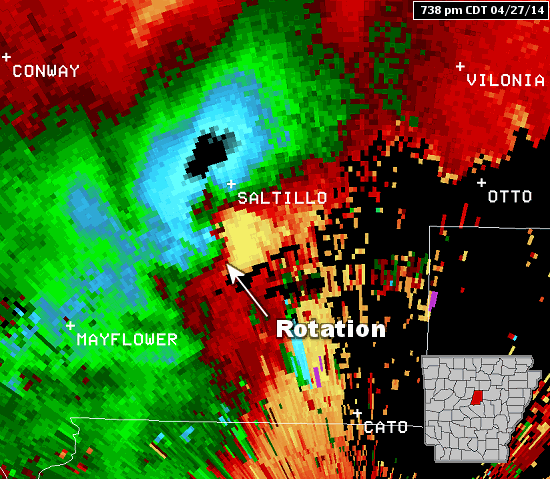 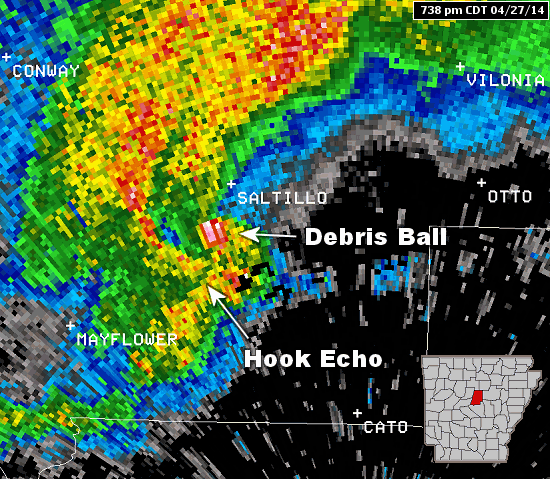 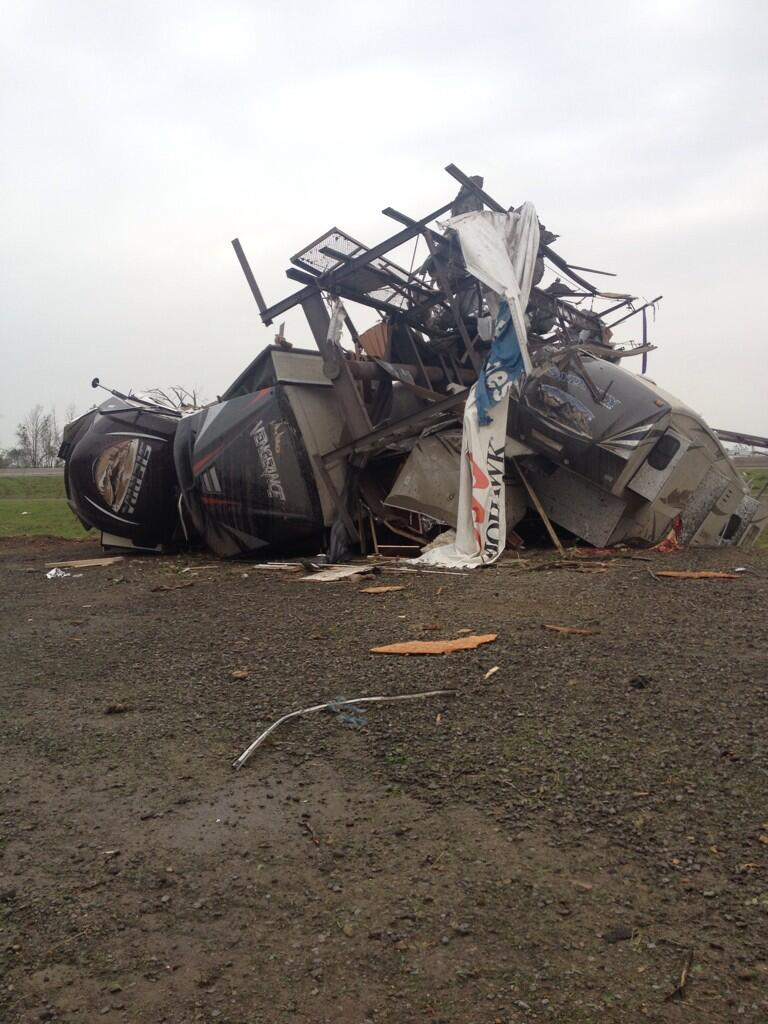 Three RVs entwined in a metal billboard sign near I-40 in Mayflower.
Courtesy Of Justin Lewis: #KATV #arwx pic.twitter.com/6TzM6y0U9E 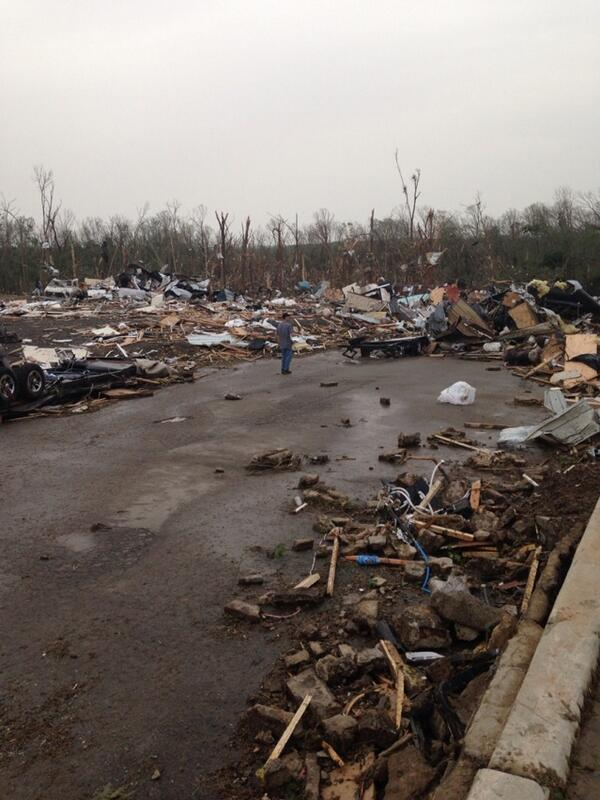 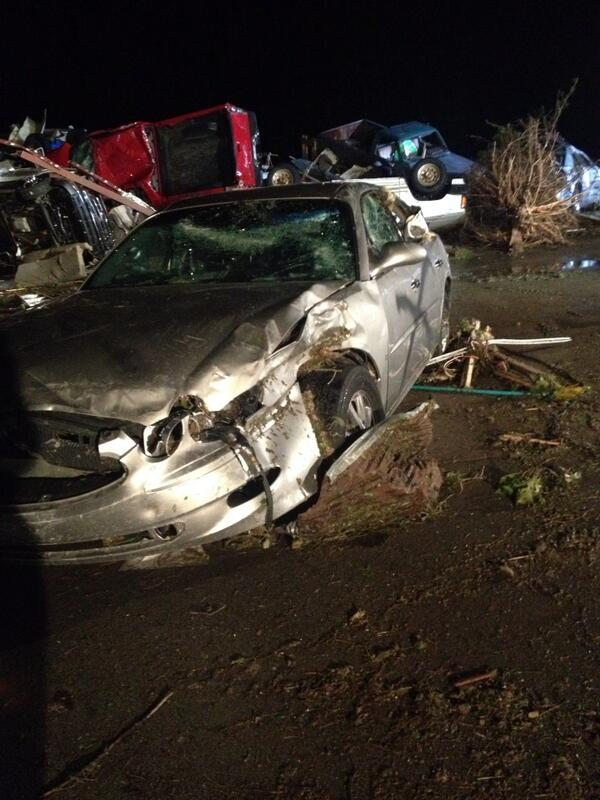 Another shot of piled up cars at Mayflower RV from Sunday tornado.
Courtesy Of Justin Lewis: #arwx #KATV pic.twitter.com/DMUYegX6qa 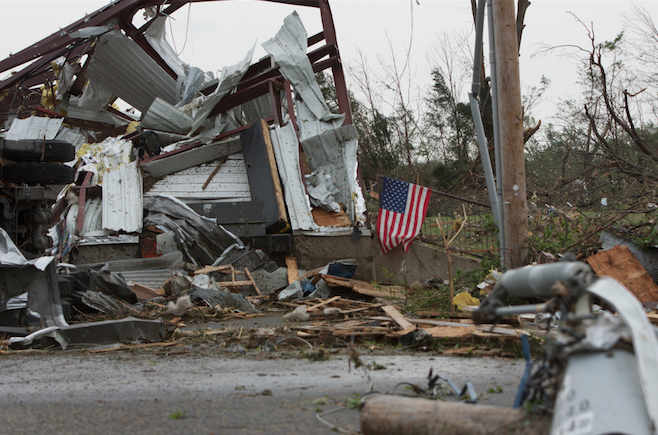 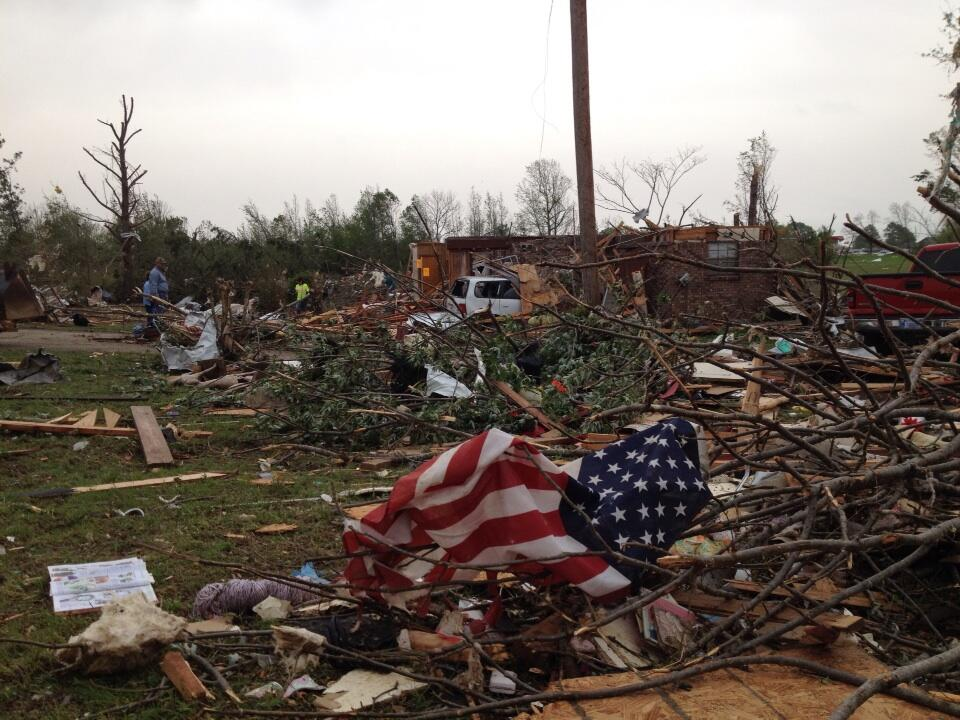 Vilonia, AR: RT @ChadSDay: Von Lee and his family road out the storm in their cellars.
They came out to this. pic.twitter.com/H8okzO3VVD 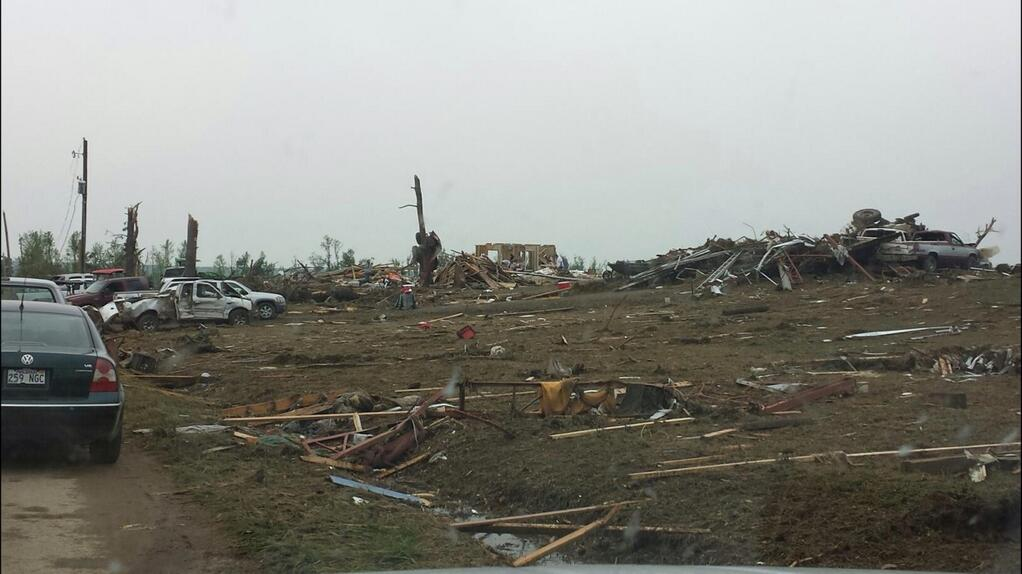 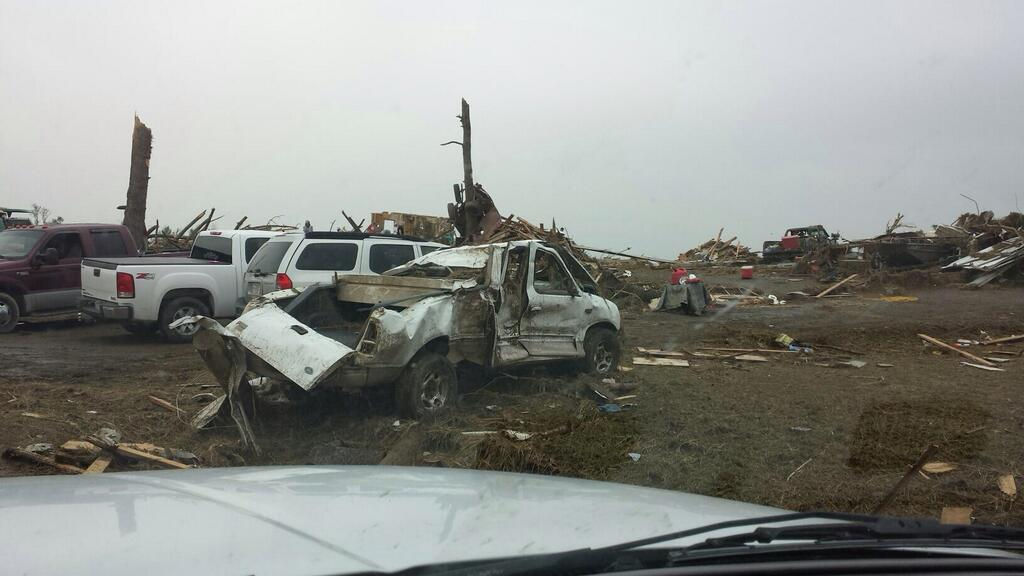 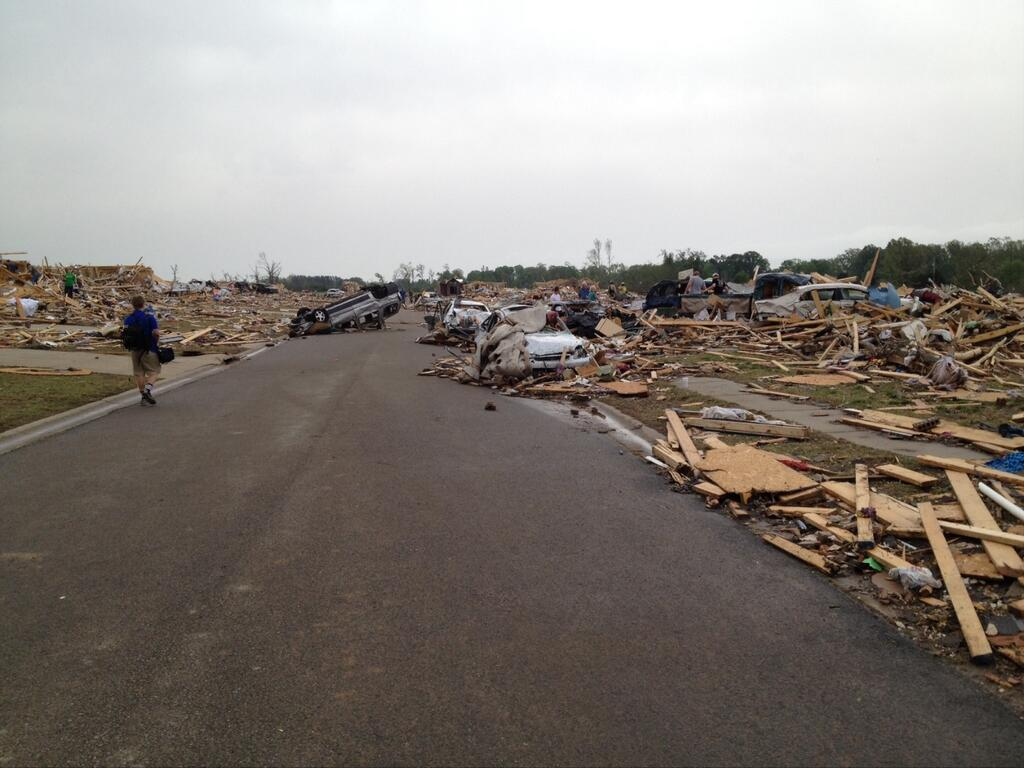 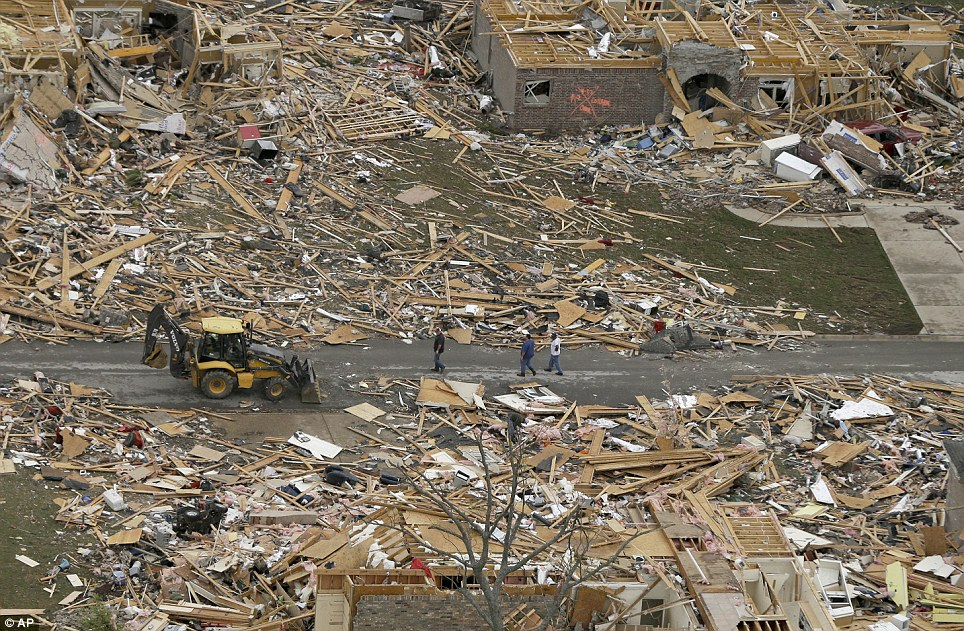 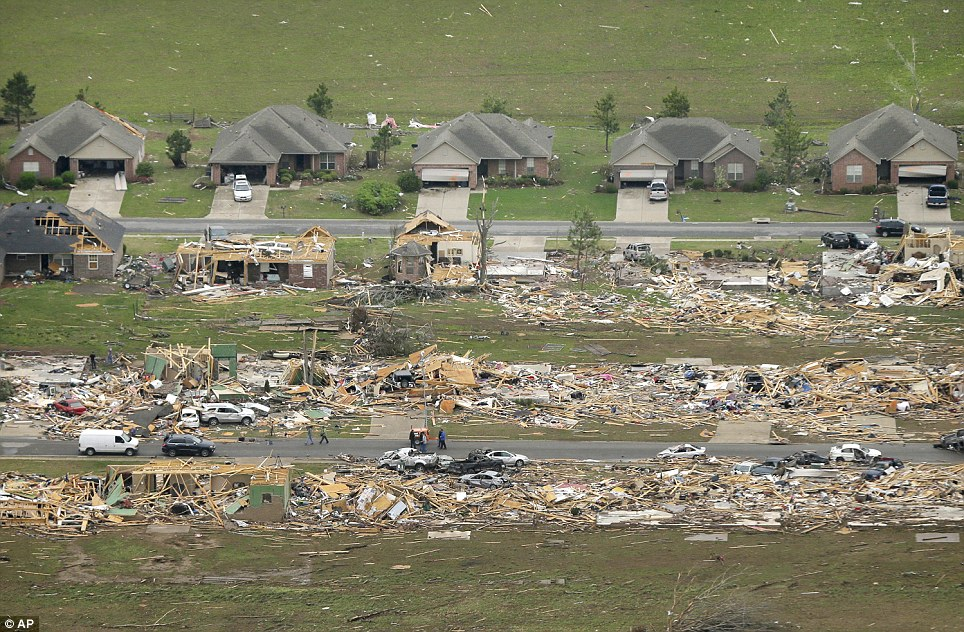 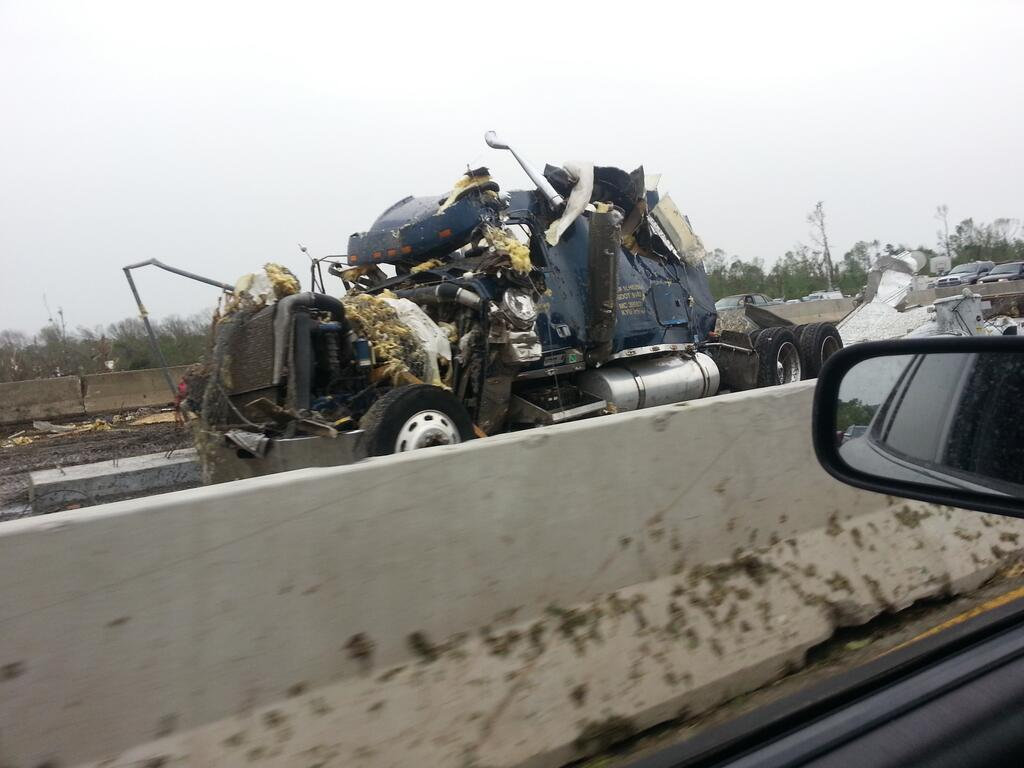