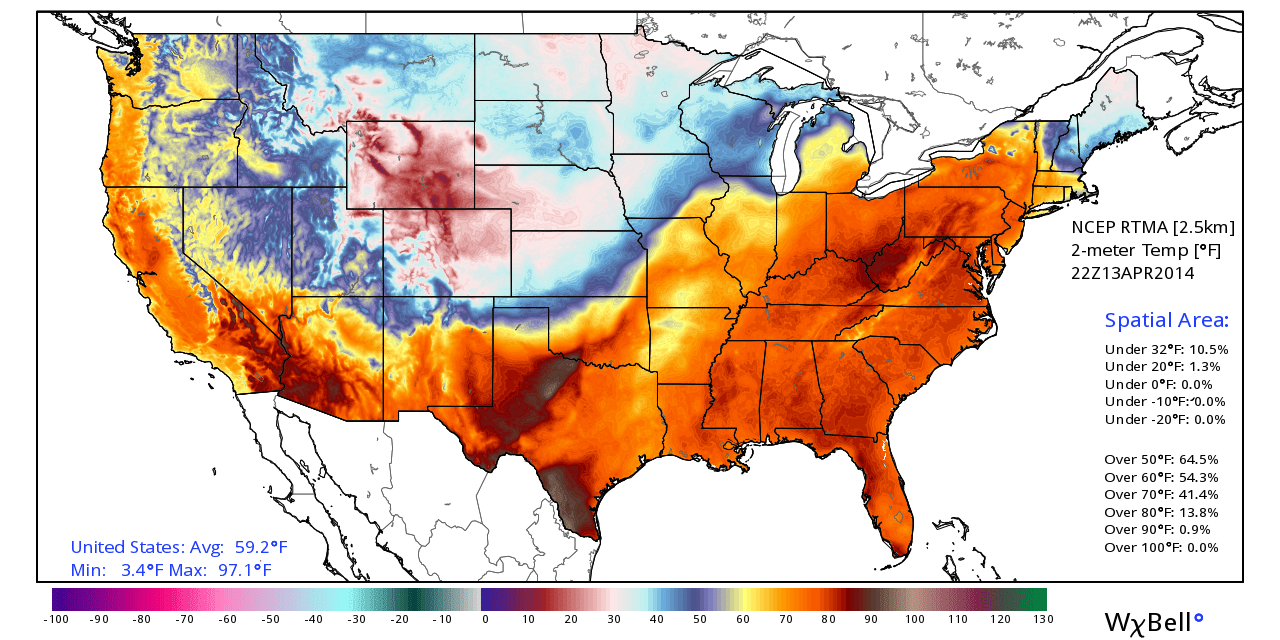 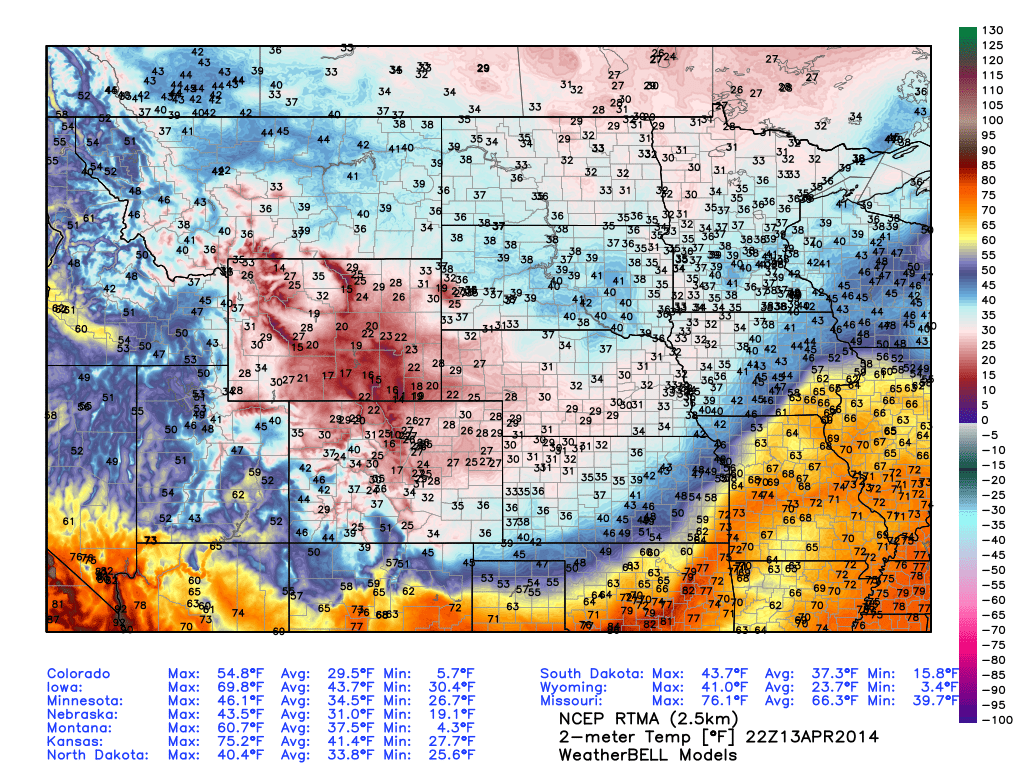 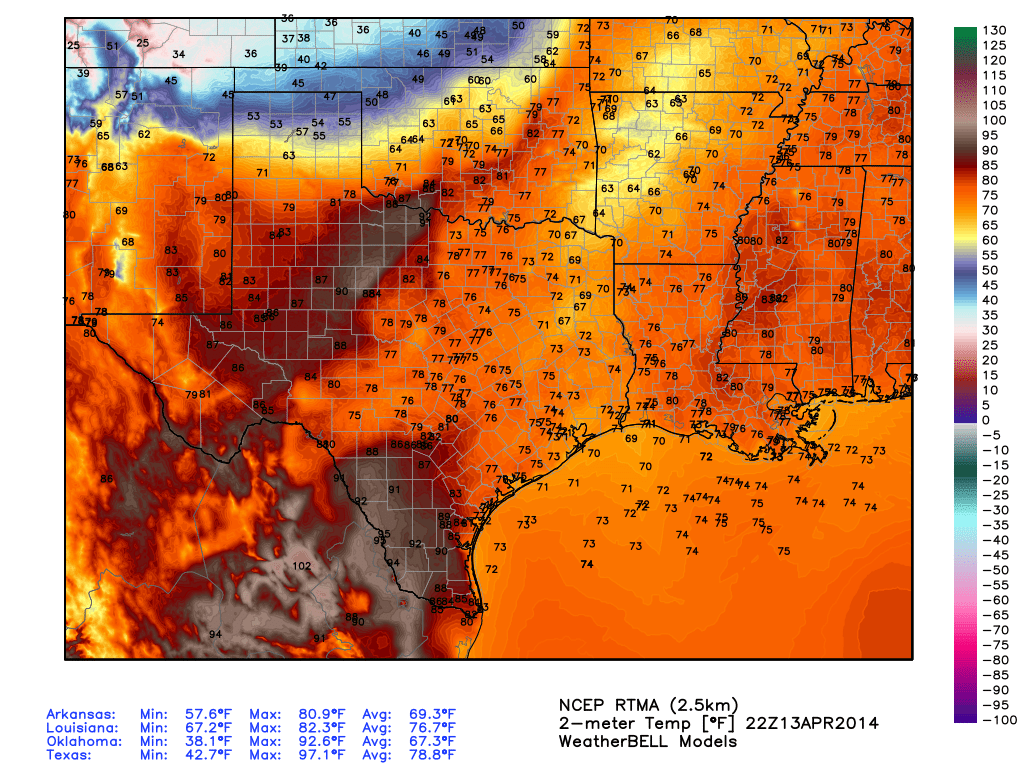 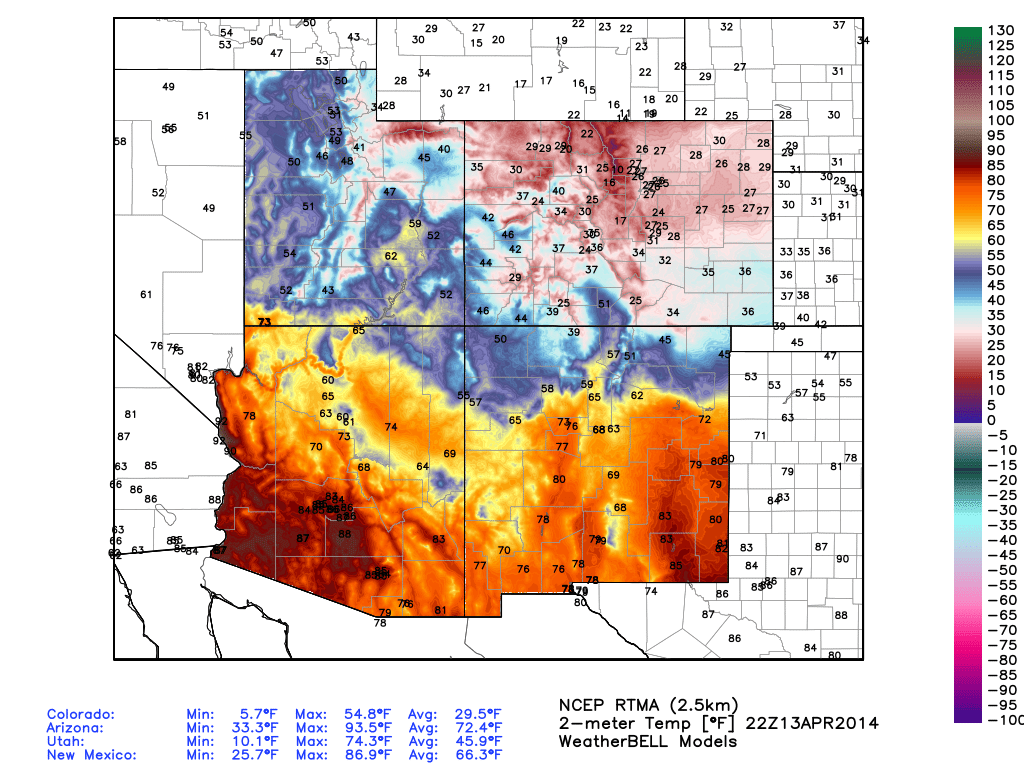 A strong late season cold front had entered northeastern New Mexico as of 4 PM MDT. Gusty northerly winds were accompanying the front passage along with falling temps. Widespread 20's and 30's were noted across the eastern side of Colorado. 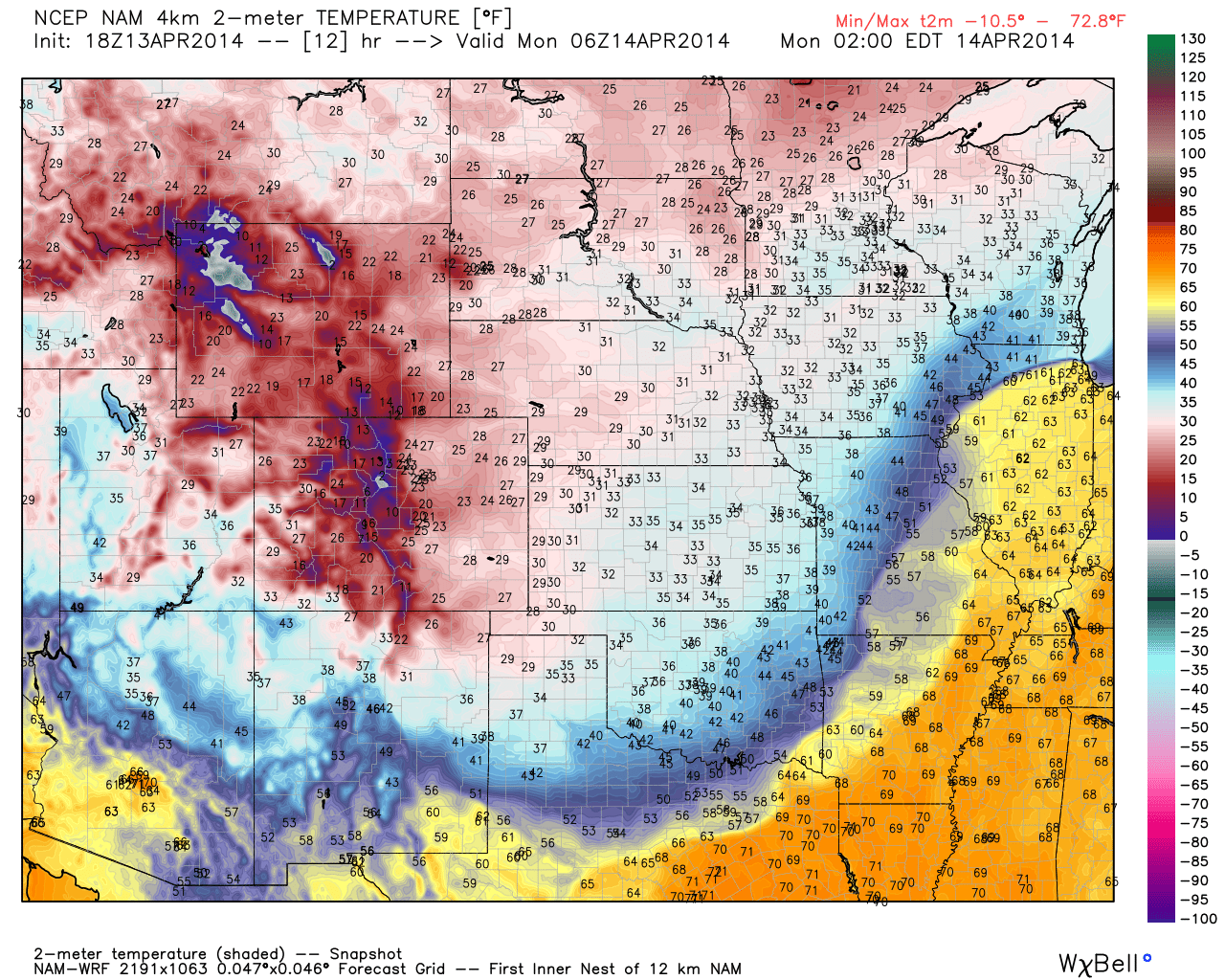 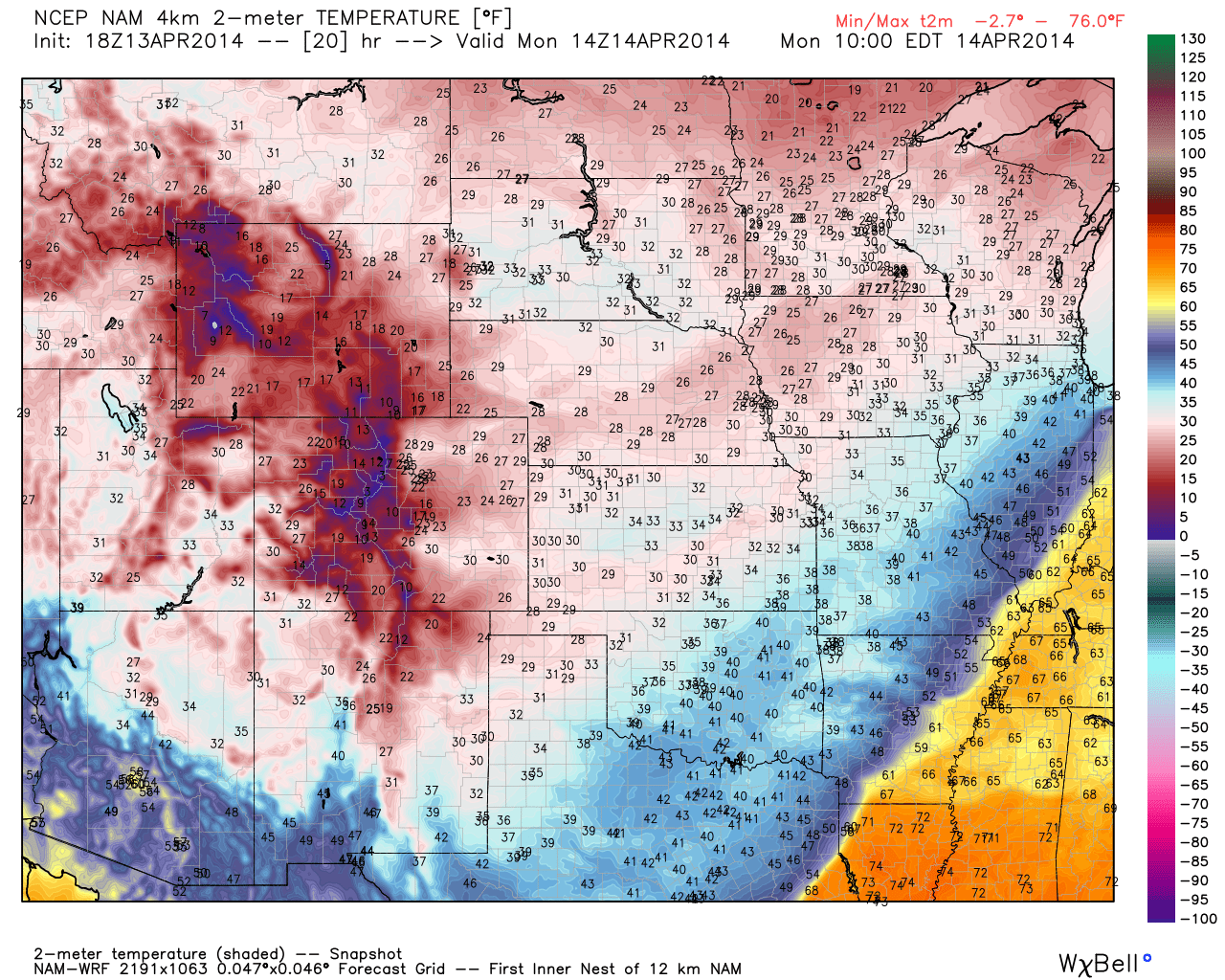 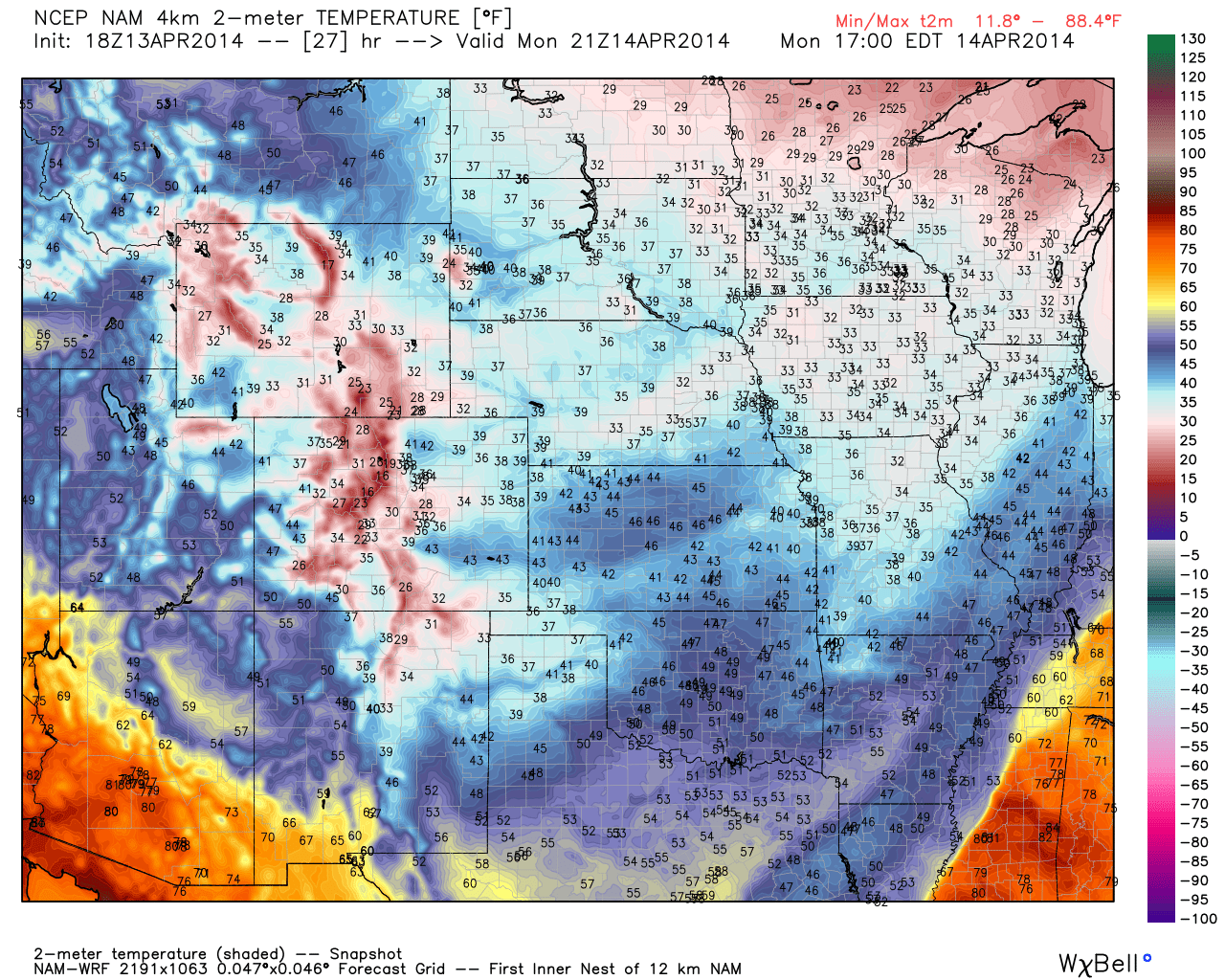 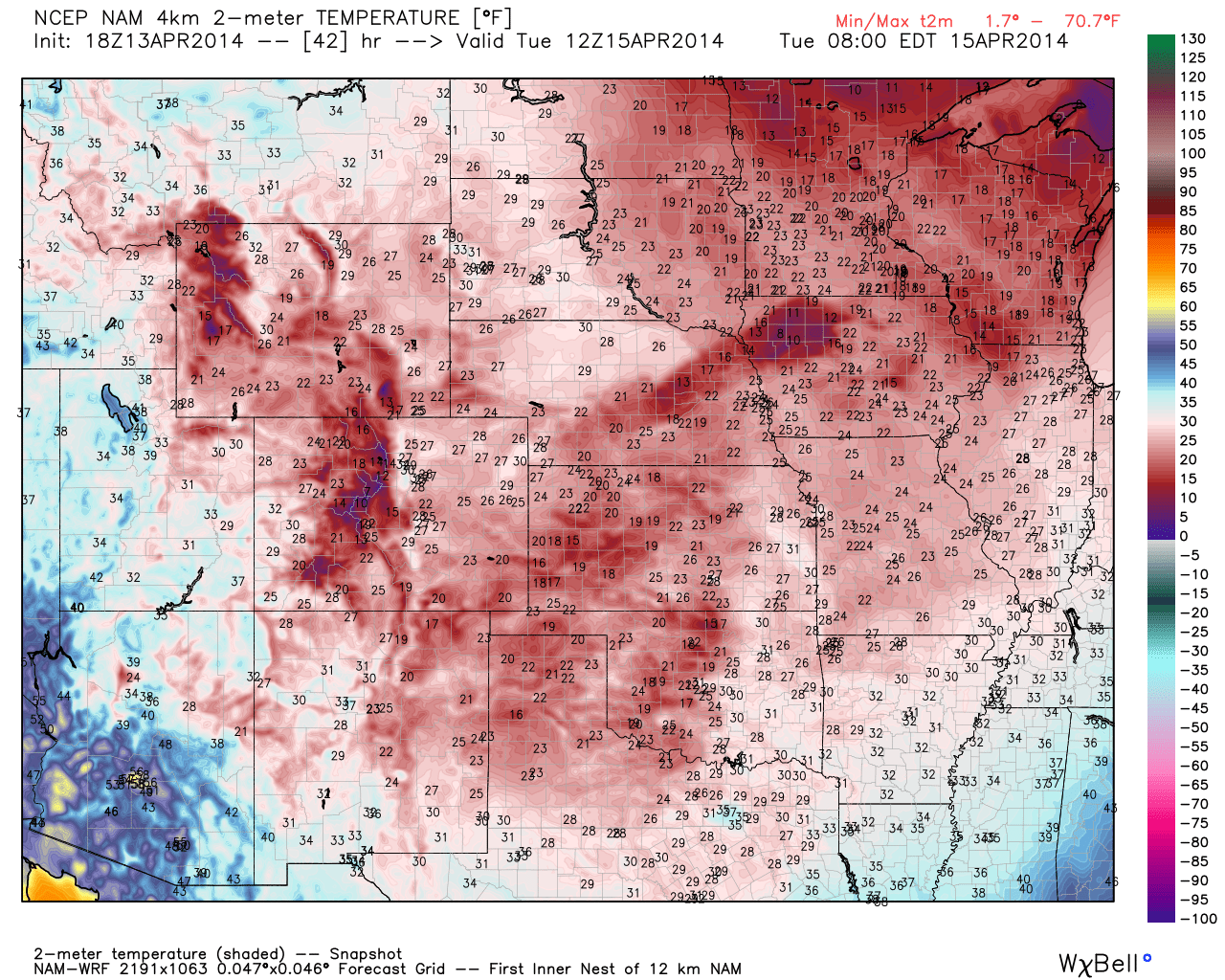 Get read for a big temperature drop behind the cold front tonight as it moves south into the local area. The front will be entering the northern sections of southeastern New Mexico by around midnight, and then will have moved south of the state line by sunrise tomorrow morning.

Strong northerly winds sustained at around 25 - 35 mph with gusts up to around 55 mph will accompany the frontal passage tonight. A Wind Advisory is in effect from midnight tonight through 6 AM MDT tomorrow morning.

Areas of blowing dust will also be possible tonight into tomorrow morning as the front blows south. Some locations may see drops in the visibility down to less than one mile, especially over and near some of our dust prone locations such as open or freshly plowed fields, exposed lots, and construction sites.

Monday will be much colder with most of us seeing highs in the 40's and 50's. Believe it or not but a freeze is anticipated by Tuesday morning as our low temps drop down below freezing. Some of us may even see lows in the 20's. 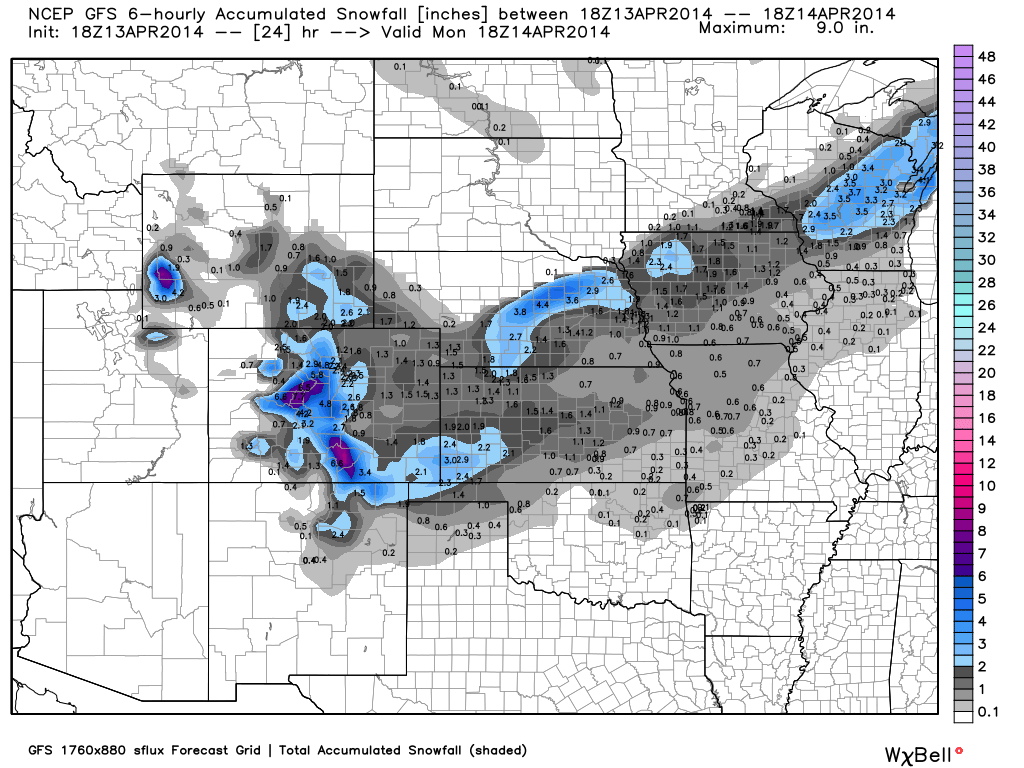 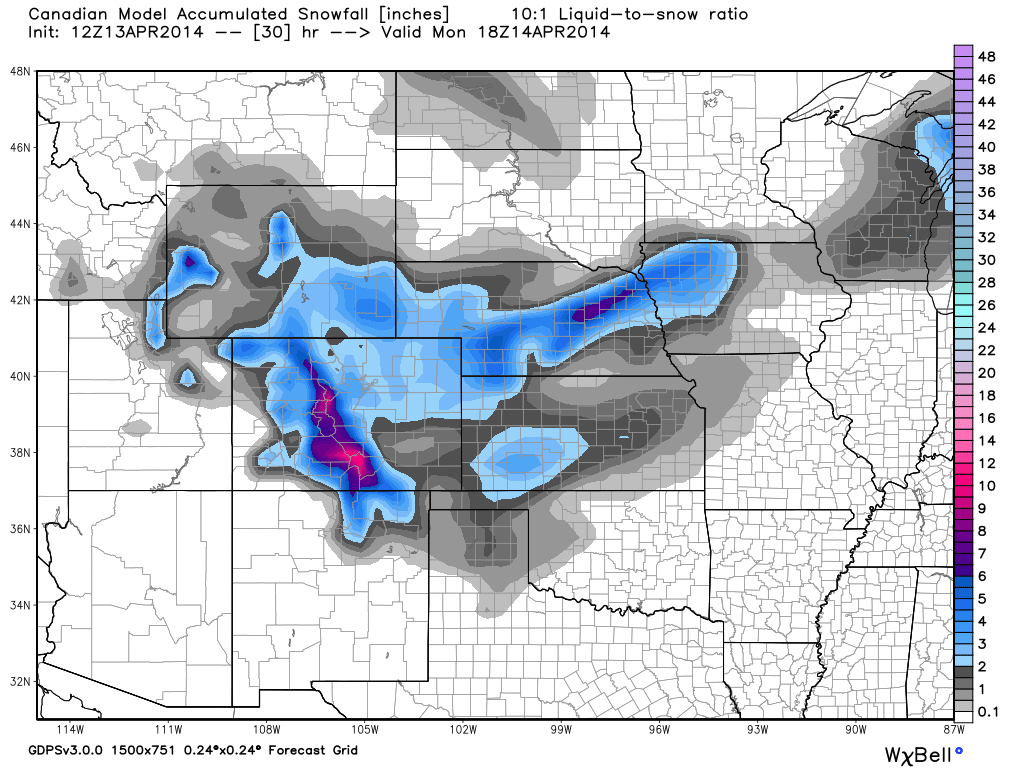 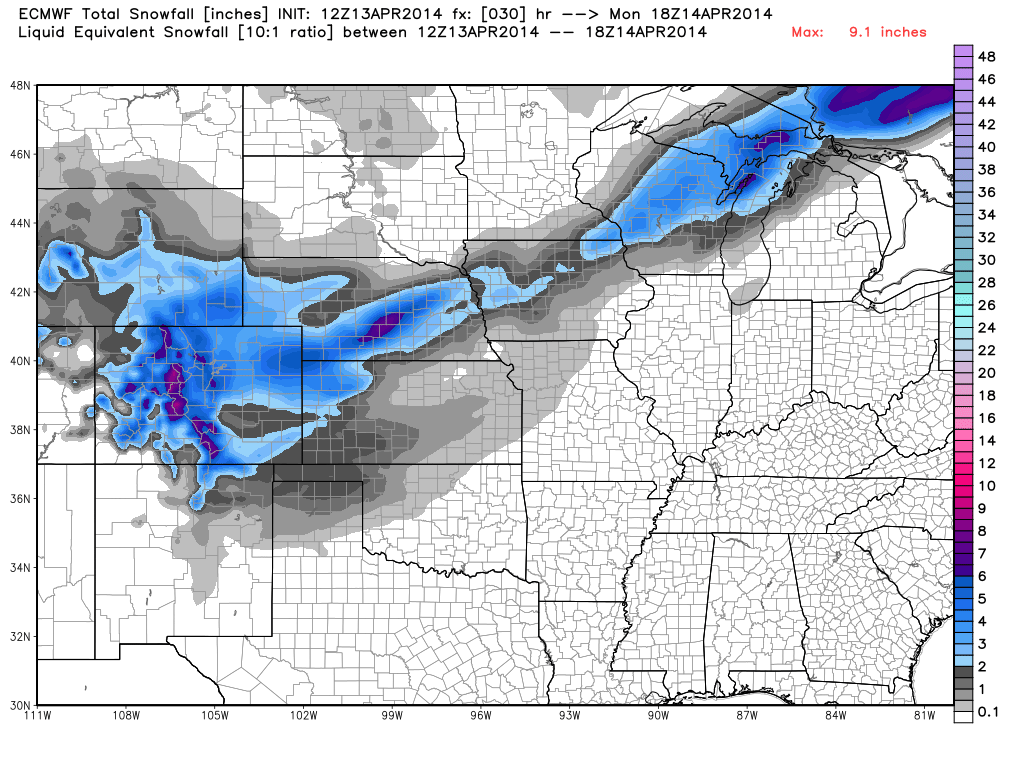