Just How Far Away Are Those T-Storms Anyway?

We Can See For Miles & Miles In NM. 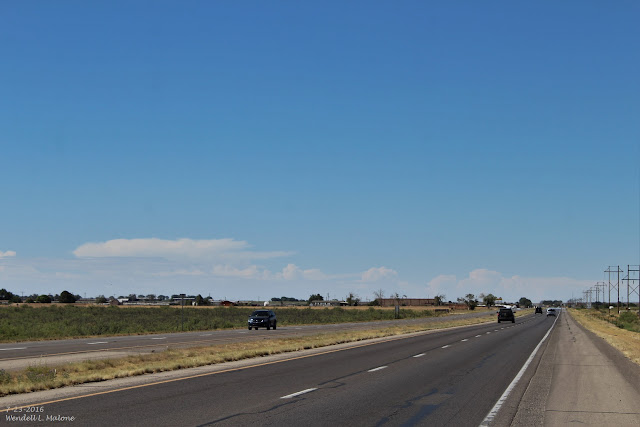 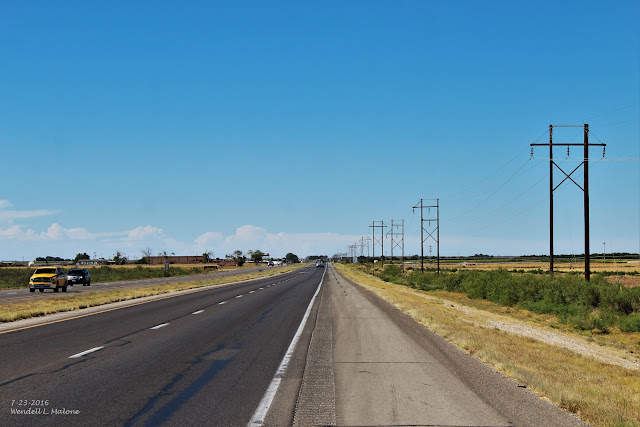 Just How Far Away Were Those Thunderstorms Anyway?

My wife and I were headed north up US Hwy 285 to Roswell yesterday afternoon when I shot the above two photos. We were looking northwest-north at the Eddy and Chaves County line just north of Artesia at 3:56 PM MDT.

This morning I pulled up a snapshot archive of the Cannon AFB Dual Pol Doppler Radar from yesterday afternoon at 3:55 PM MDT. The thunderstorms stretching from our northwest-north were anywhere from 115-180 miles from us. We were first able to see the tops of these storms right after we left Carlsbad...placing them some 210+ miles north of us.

Finally Its Going To Cool Down Some - With T-Storms. 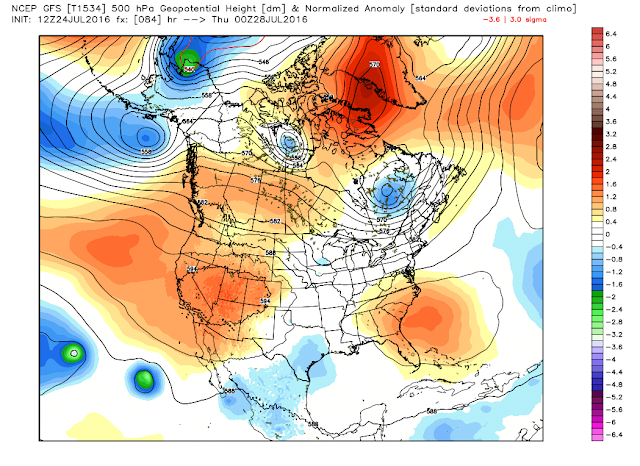 Forecast models are showing that the oppressive upper level ridge of high pressure that has been plaguing the local area will shift to the northwest Tuesday into Thursday. This will allow an easterly wave at the mid levels of the atmosphere to work its way westward from South Texas towards us. This will allow low and mid level moisture and instability to increase over the area beginning Tuesday...along with cooler temperatures and thunderstorms. Our high temperatures in southeastern New Mexico and parts of West Texas may even be slightly below normal Wednesday and Thursday.

Hot Again Today & Monday - But A Cool Down Is Coming. 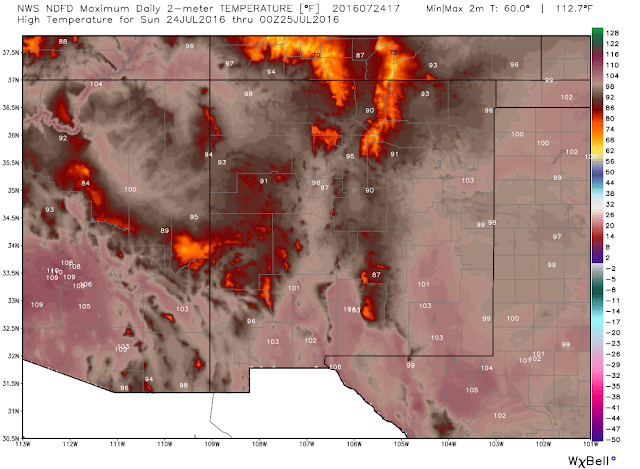 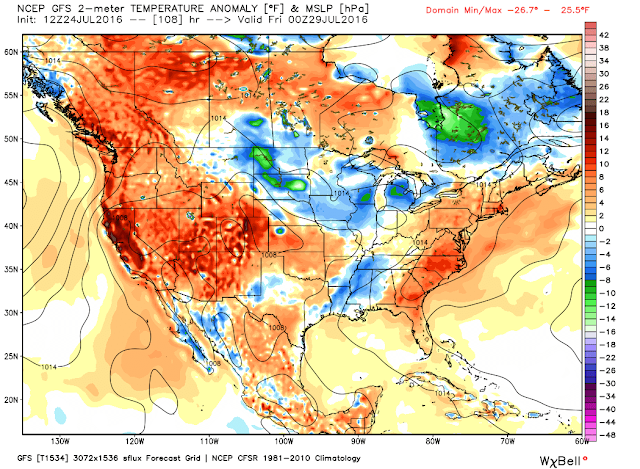 T-Storms & Some Much Needed Rainfall Return This Week. 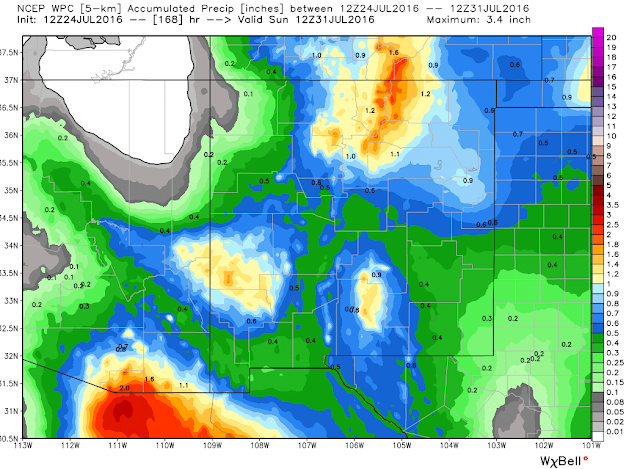 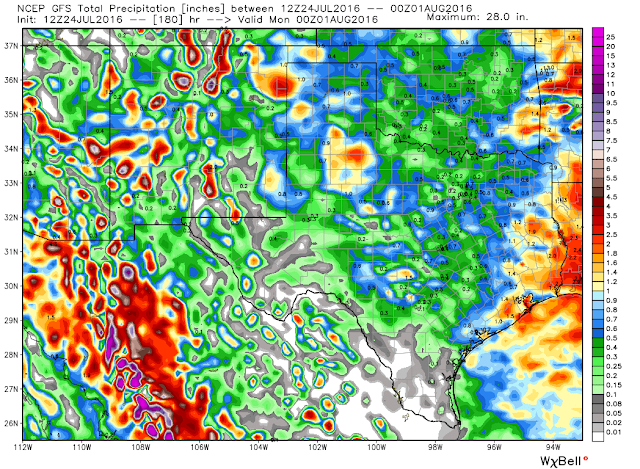 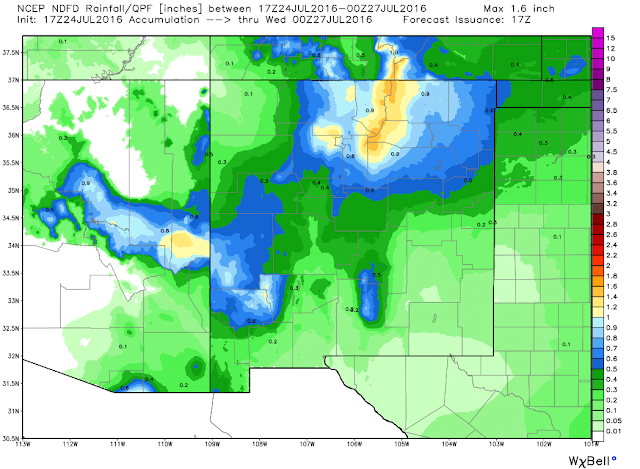 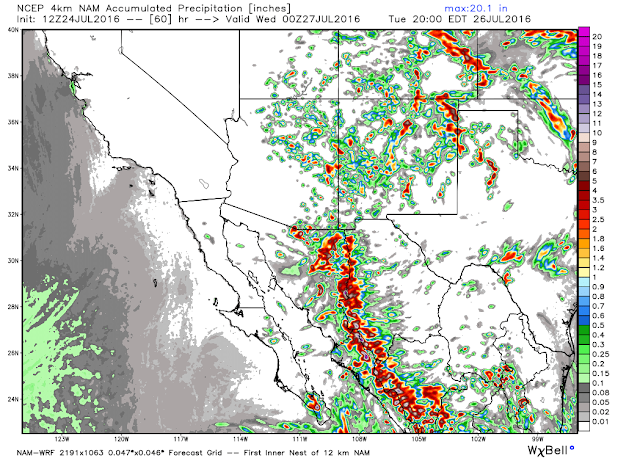 As is almost always the case the varying models are forecasting varying rainfall totals for the state this upcoming week...nothing unusual about that. So for the first time in a long time southeastern New Mexico and nearby areas will cool down by the middle of this week, and get wet. Given that the airmass will contain subtropical moisture some locals may even end up with some heavy rainfall. The mountains will be the favored areas and some storm totals by next weekend could exceed 2-3".