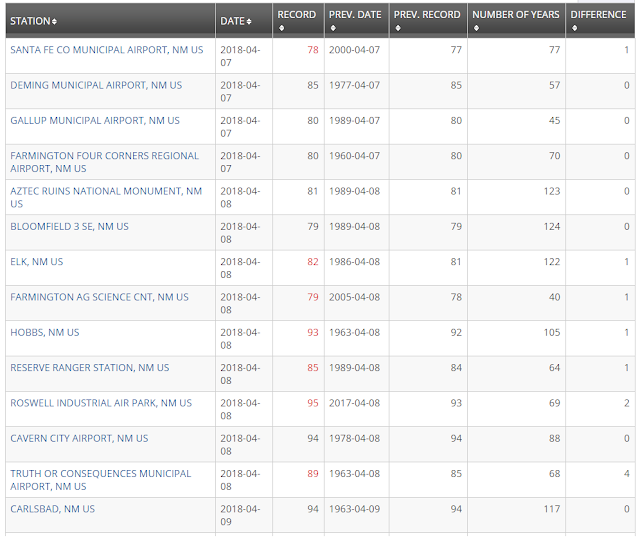 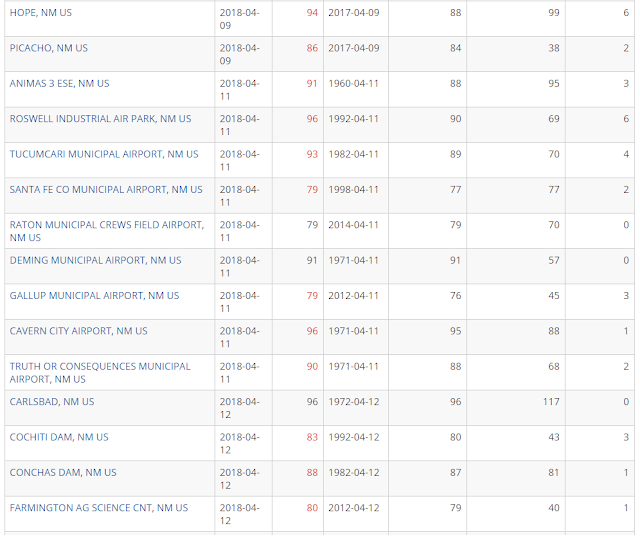 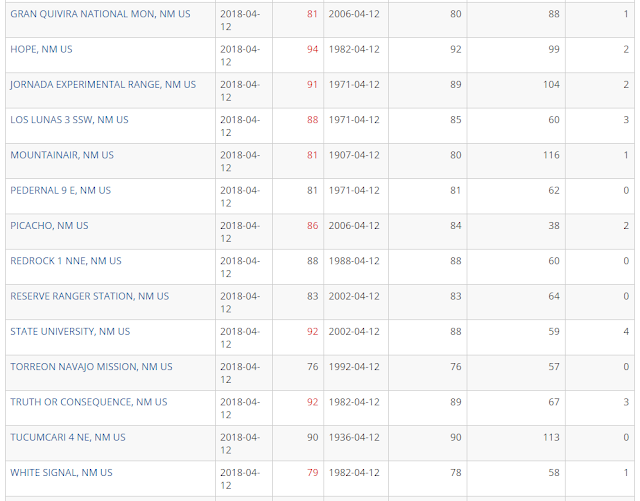 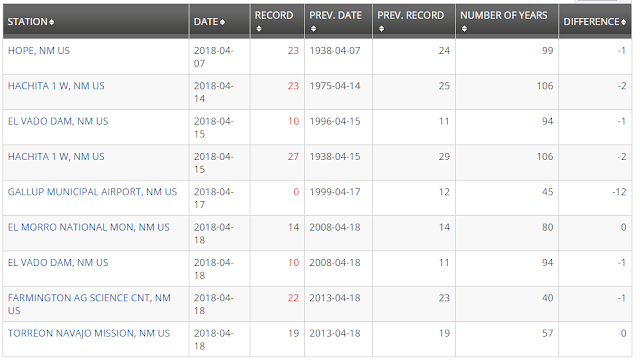 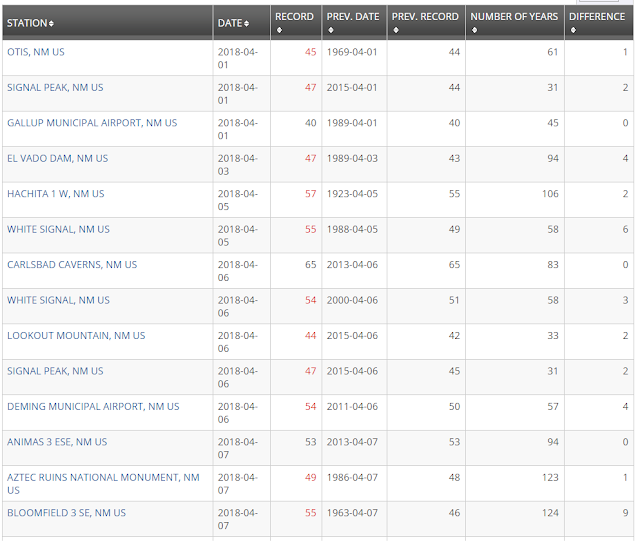 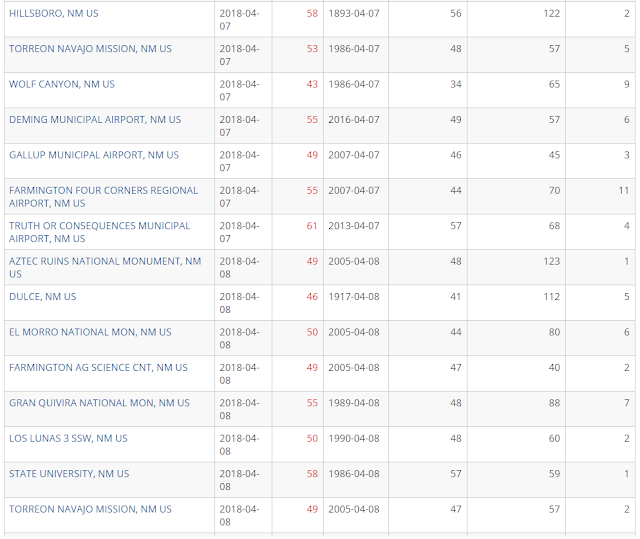 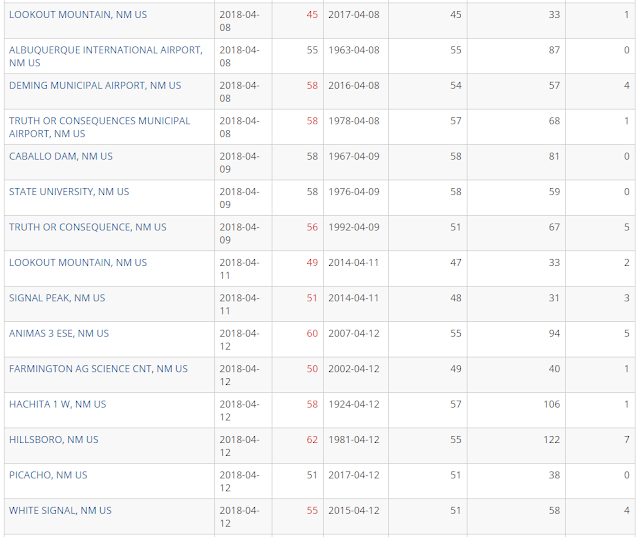 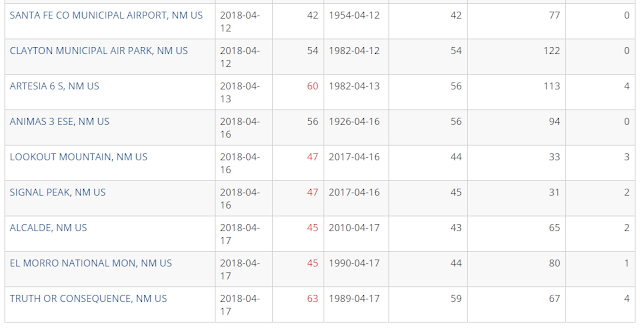 Several new daily low temperature records have been established as well. Locally Hope dropped down to 23ºF on the 7th which beat out the old record low temp for the date of 24ºF back in 1938.

The Gallup Airport dropped down to 0ºF on April 17th which beat the previous daily low temp record of 6ºF back on April 14th, 1993 making this the coldest low temp there for the month.