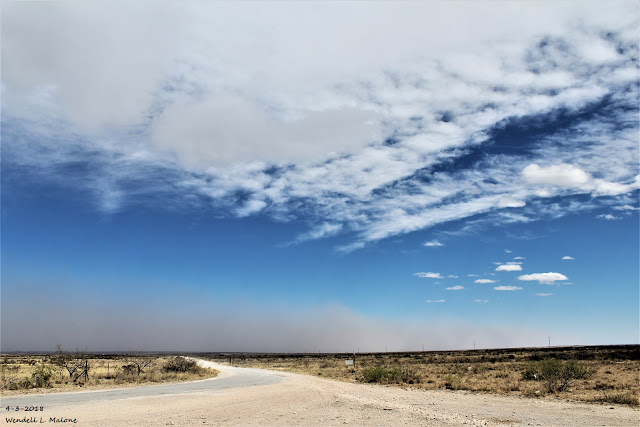 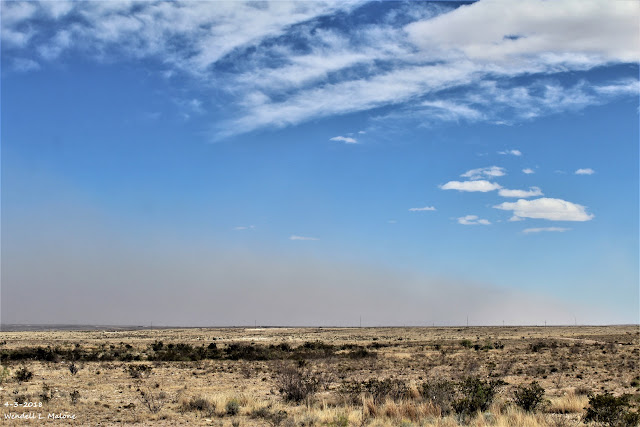 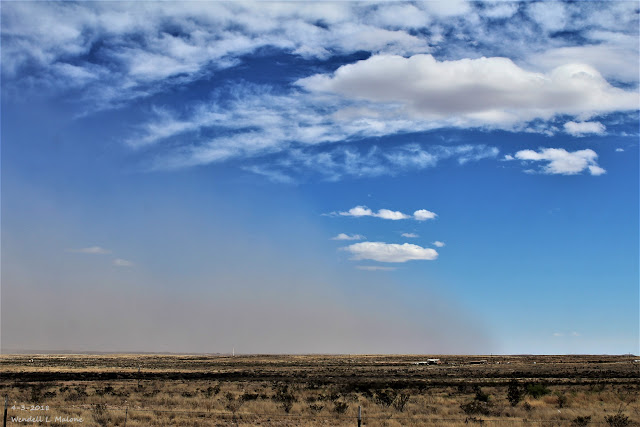 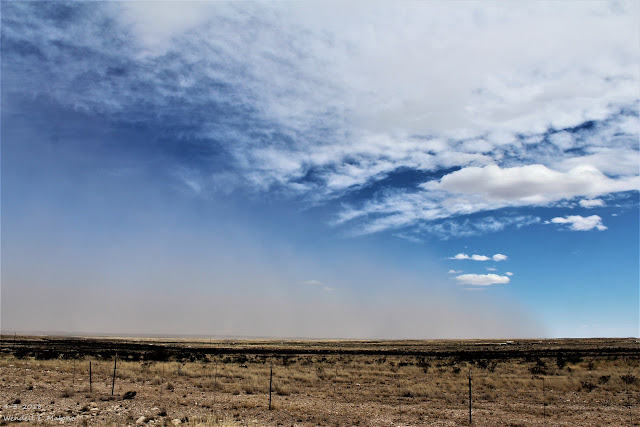 I took the photos above just north of Whites City this afternoon. Looking back to the east from U.S. Highway 62/180. The Haboob or dust cloud marked the leading edge of the cold front. 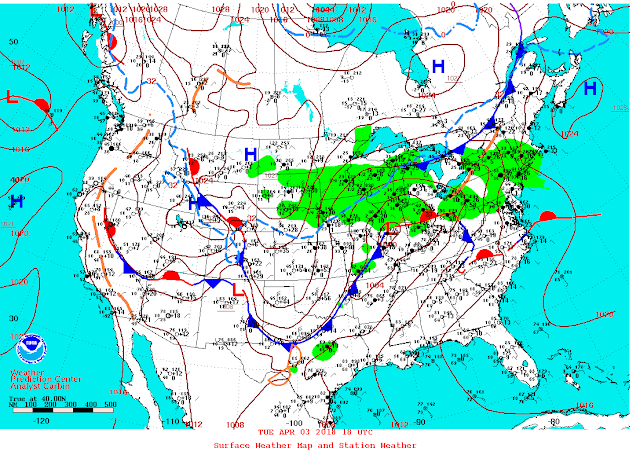 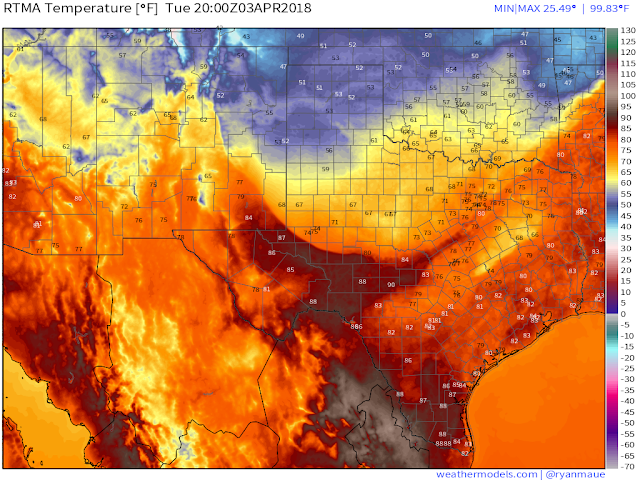 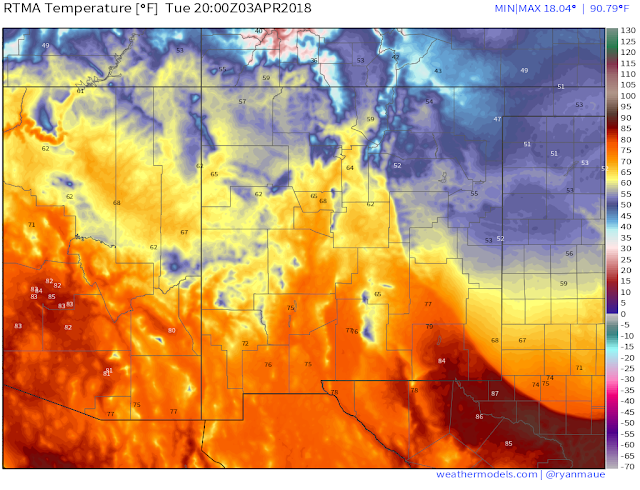 Notice the temperature gradient ahead of and behind the cold front at 2 PM MDT.

A southward moving cold front was kicking up a "Haboob" along its leading edge as it pushed southward and westward. A Haboob is a dust storm and in this case it formed along and just behind the leading edge of the cold front. Although the dust was not as thick in Southeastern New Mexico as it was in West Texas it was still impressive. 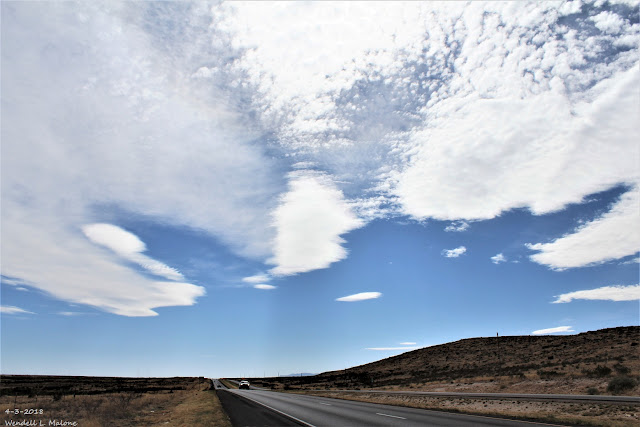 Taken just north of Whites City looking back to the south at Altocumulus Standing Lenticular Clouds as the cold front and Haboob were moving westward and southward through the Pecos Valley near Carlsbad and Loving. Notice how clear the visibility was prior to the frontal passage with the blowing dust from the Haboob. 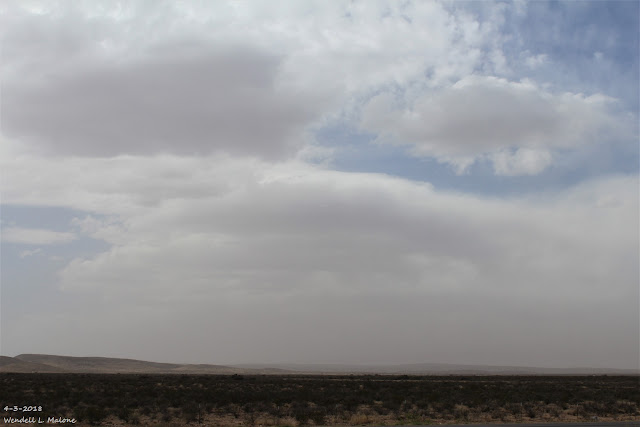 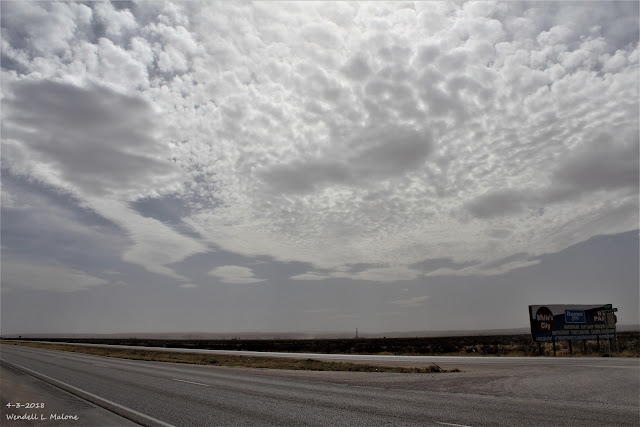 South of the Carlsbad Airport as the blowing dust reduces the visibility.and begins to obscure the sky. 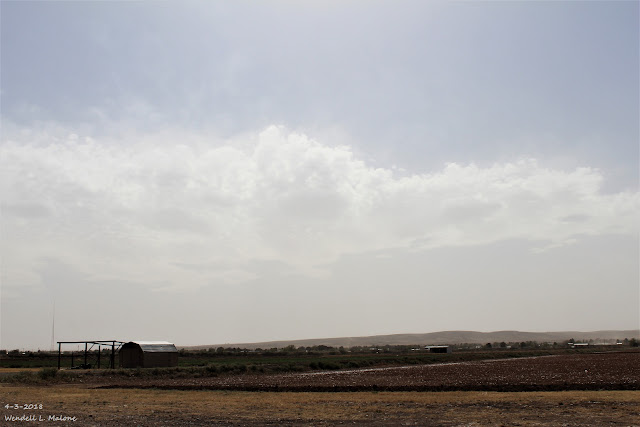 Shot from south Carlsbad looking back to the southwest as the blowing dust partially obscures the sky and lowers the visibility.

West Texas Bore The Brunt Of The Haboob. 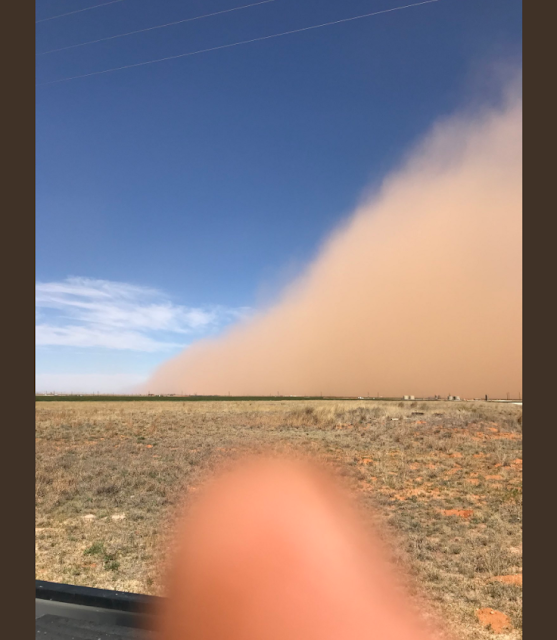