Heatwave Has Broken - A More Typical Summer Pattern Setting Up. 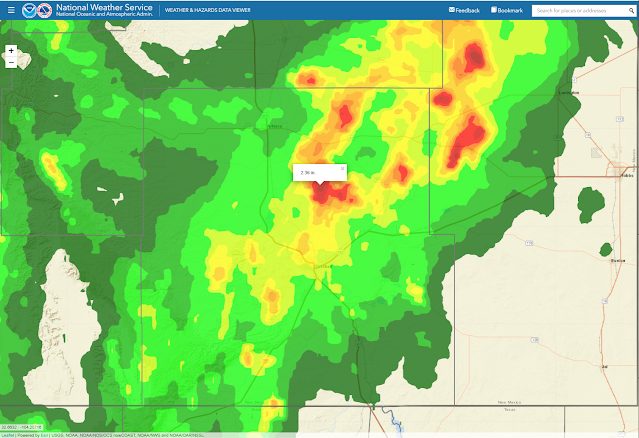 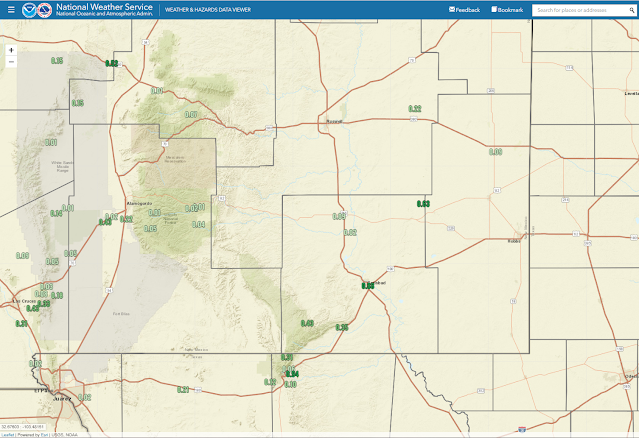 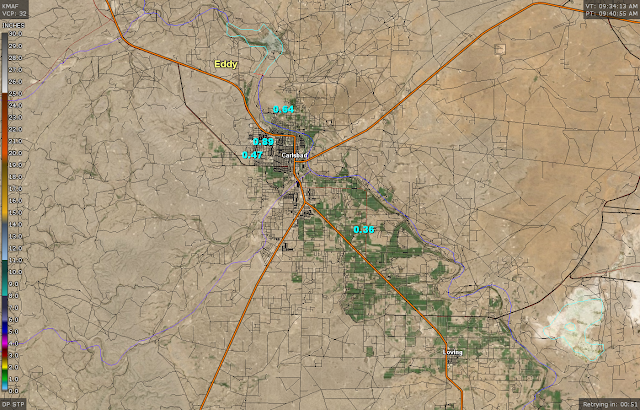 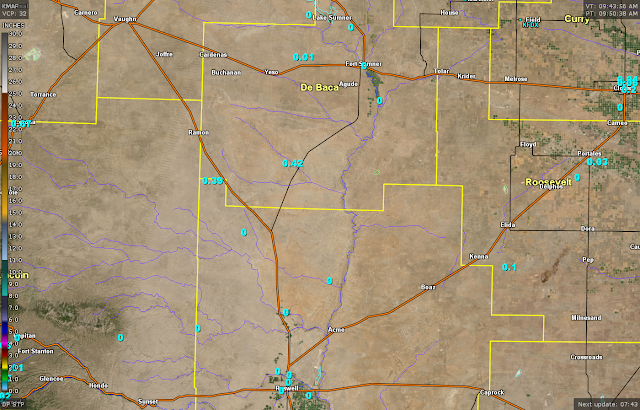 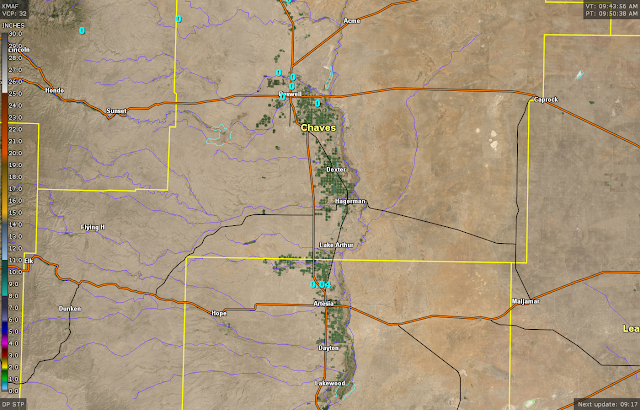 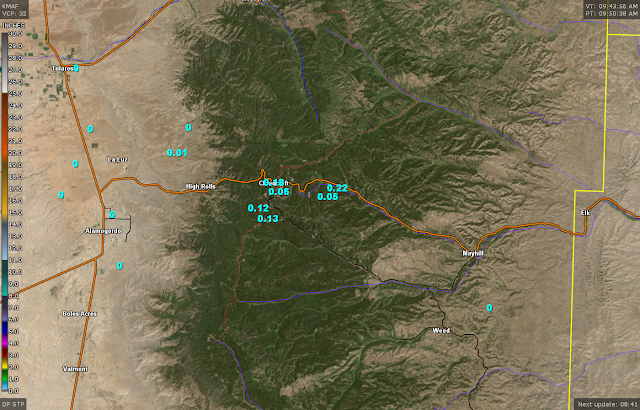 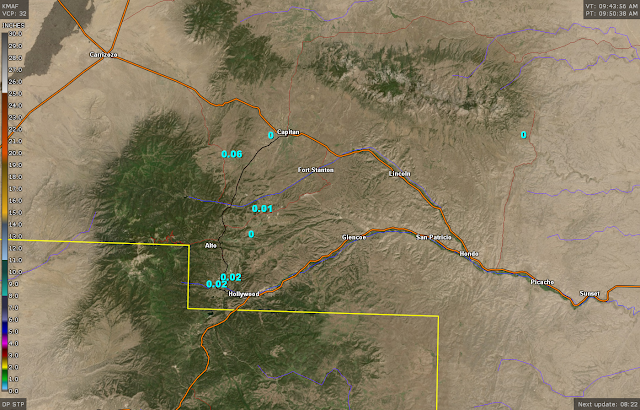 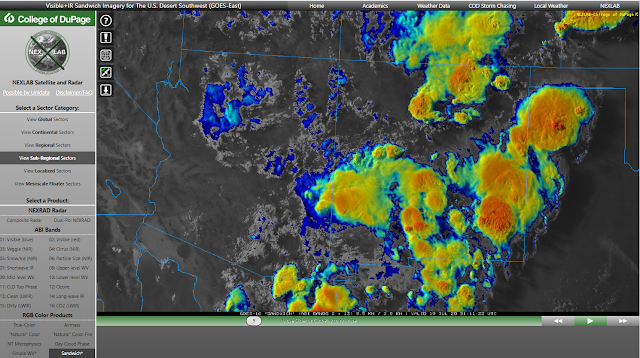 Sandwich Satellite Image At 7:11 PM MDT Saturday Evening.
A cluster of thunderstorms (MCS - Mesoscale Convective System) as depicted in the "Sandwich" satellite snapshot image above moved south down the Eastern Plains and into the Southeastern Plains Saturday afternoon and evening. Locally heavy rains fell in a few spots but for the most part, missed the populated areas. Radar estimated that 2" of rain may have fallen southeast of Artesia and south of Loco Hills. Here at our home in northwest Carlsbad, I measured .89". This is the heaviest 24-hour rainfall total of the summer and the greatest since March 4th when I measured 1.18". My yearly-to-date total now stands at 3.91" which is some 2.80" below normal to date.
Southeastern & Southern NM July High Temperatures.
(July 1st - July 18, 2020). 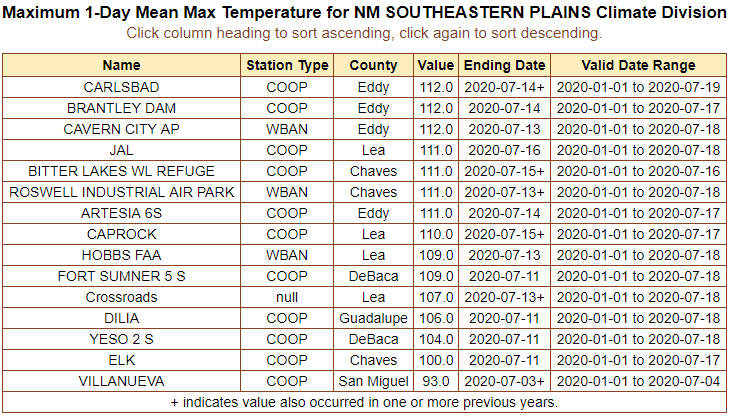 Pattern Change To Bring Scattered T-Storms.
Finally, our torrid heatwave has broken with forecast high temperatures locally today into next week in the upper 90's dropping off to the low to mid 90's by the end of the week. Our pesky unusually strong mid-level high-pressure area that had been centered over the state for the past week has shifted westward into Arizona.
A bunch of new daily and monthly (July) record high temperatures were tied or broken from this heatwave the past ten days. I'll post a blog listing them at a later date when more data comes in.
Thus a stronger southerly and southeasterly flow has developed at the low levels and is advecting higher dew points a more moist air mass into the area. The net result will be an increase in scattered thunderstorms throughout the upcoming week. Thunderstorms are expected once again to form clusters that move from north to south over the Eastern and Southeastern Plains late this afternoon and evening with a repeat on Monday. Locally heavy rain will be possible.
The mountains are the most favored areas for thunderstorm activity this week especially over and near the mountains. Our chances of seeing measurable rainfall in the Southeastern Plains this week will be in the 20% to 30% range. In the Ruidoso and Cloudcroft areas, this jumps up to 30% to 80%. Storm totals in the Sacramento's could be in the 3"- 5" range in places by the end of next week.
The Truth Is Stranger Than Fiction!
at Sunday, July 19, 2020