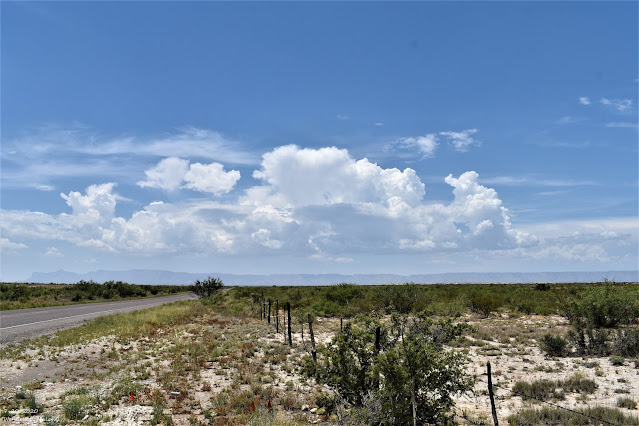 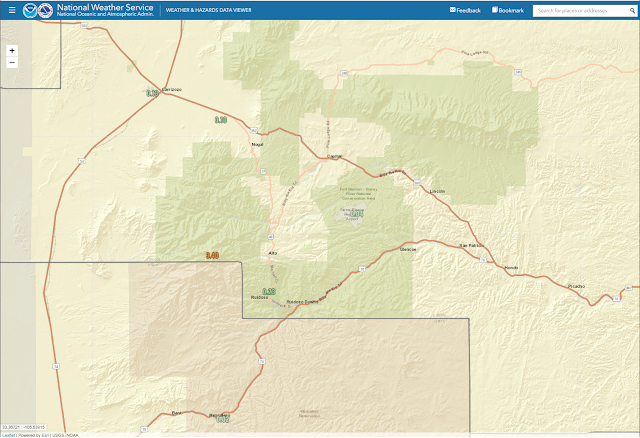 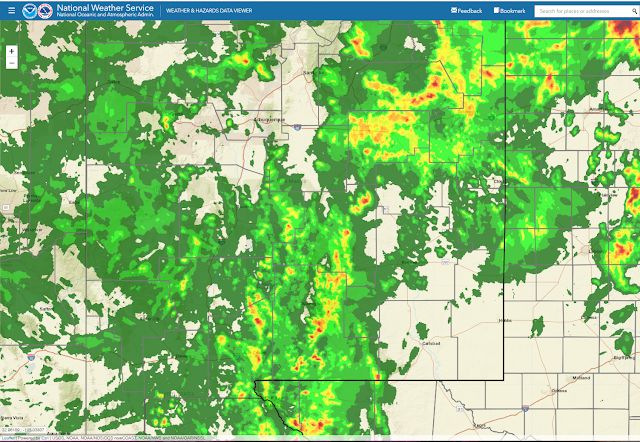 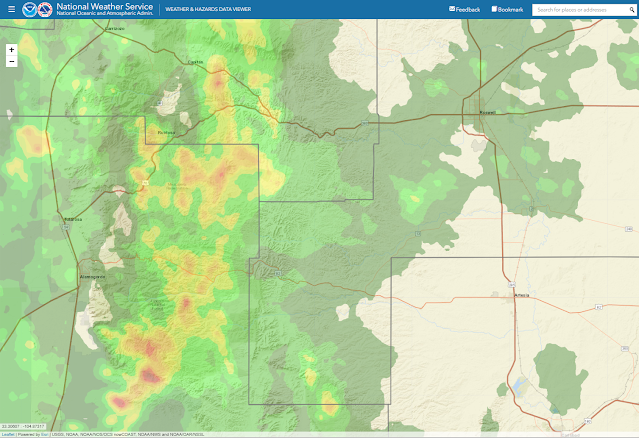 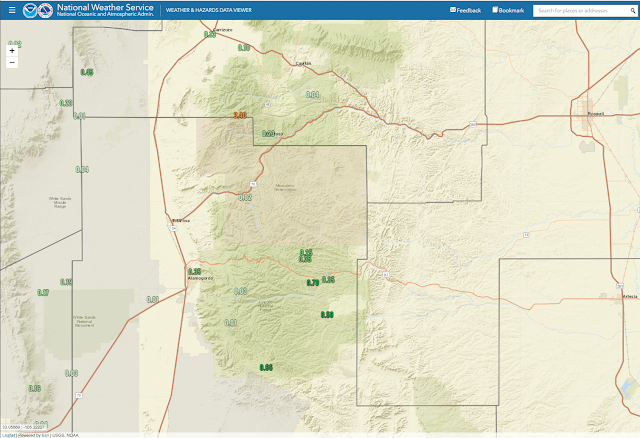 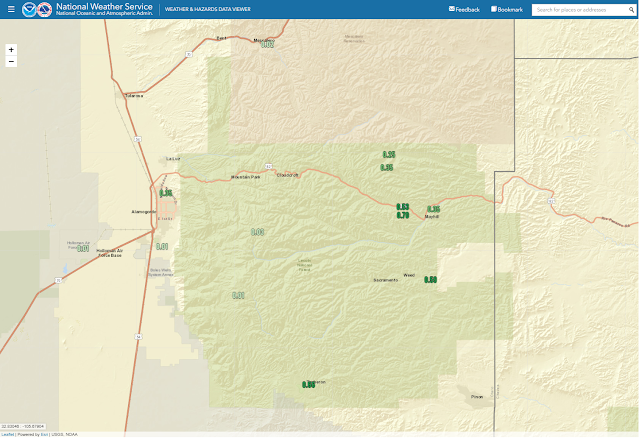 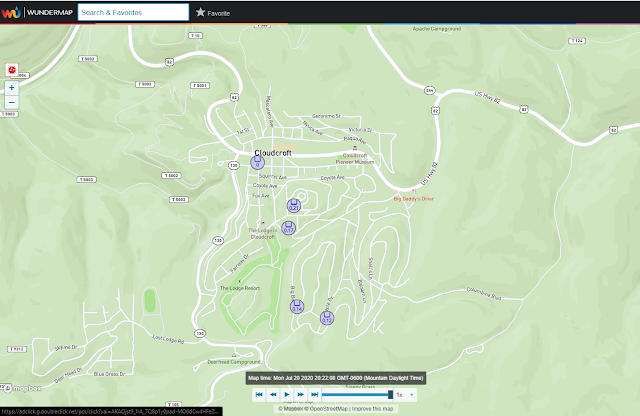 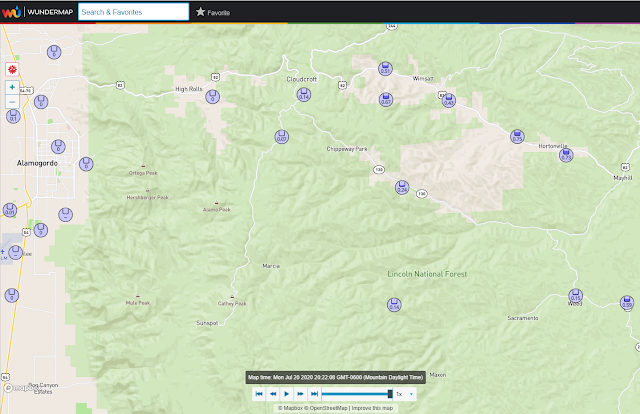 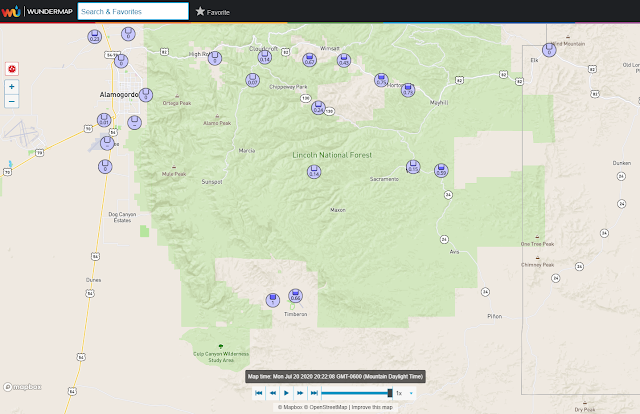 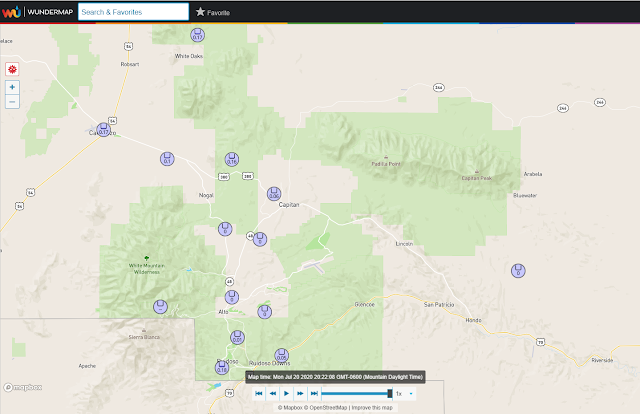 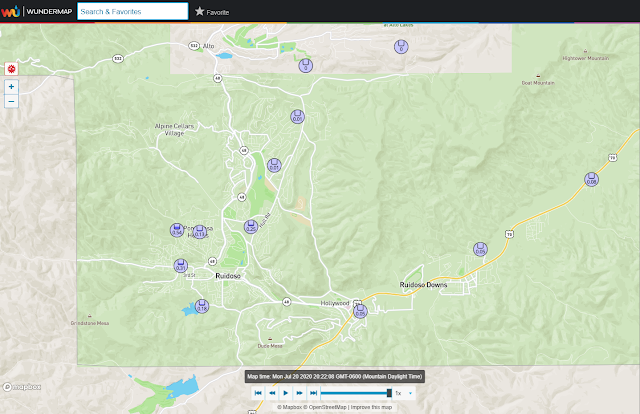 Summer T-Storms Over The Sacramento's.
Afternoon thunderstorms are firing up over the mountains around noontime each day now continuing until around sunset. This is the typical summer Monsoon pattern kicking in and is very welcomed. Moderate to occasionally heavy rainfall has fallen in a few spots. So far this month the Cloudcroft Climate Co-Op Station has recorded 2.56" of rainfall compared to average to date total of 3.68". So they are slowly catching up after a long hot dry spring and summer.
Beneficial Rainfall This Week.
NWS NDFD Forecast Rainfall Totals. 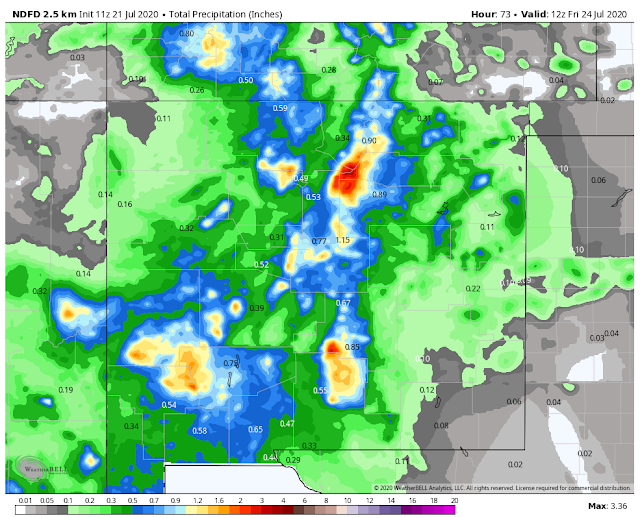 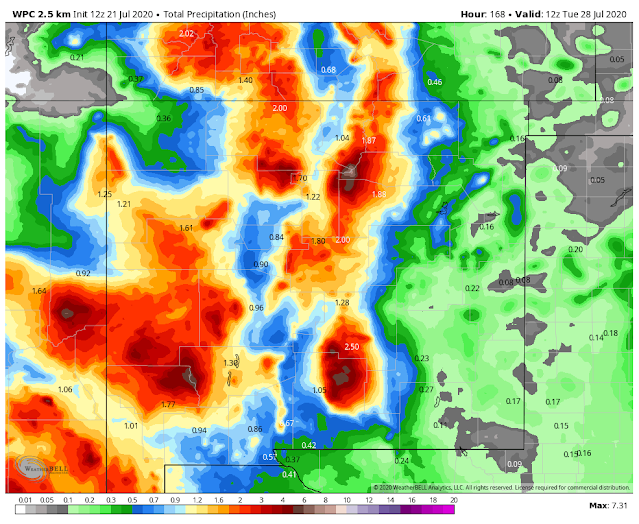 Typical summertime weather is occurring now with a fairly decent monsoonal pattern established and this is forecast to continue into next week. With this pattern, the mountains are forecast to stand the best chance of seeing measurable rainfall. In fact as we head into the late week and upcoming weekend locally heavy rainfall and localized flash flooding will become a concern especially over and near the mountains. Storm totals in the mountains may equal or exceed 5 inches of rainfall by the weekend in a few spots.
Hot afternoon temps in the upper 90's to near 100º are forecast for the plains and lowlands today through the rest of the week. Scattered hit and miss thunderstorms are forecast for the local area today and Wednesday with an uptick in activity Thursday into the weekend. A tropical wave moving northwestward through the Gulf of Mexico is forecast to move into south Texas on Friday and if it moves into the region it could increase our chances for rain this weekend into the first of next week.
The Truth Is Stranger Than Fiction!
Email Post