A WARNING FROM HISTORY--THE CARRINGTON EVENT WAS NOT UNIQUE! 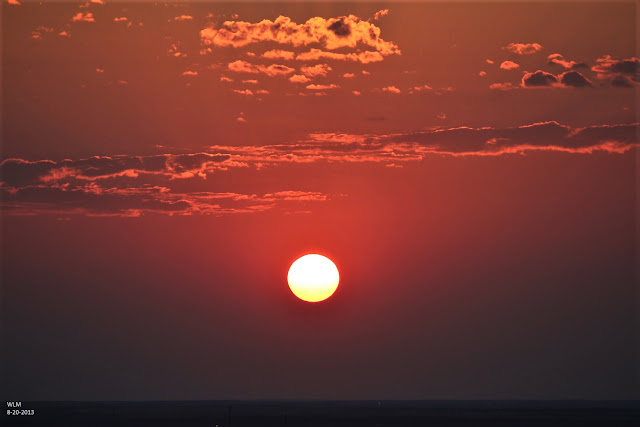 August 20, 2013.
El Sol - Spanish For The Sun.
Sometimes the simple truth for some of life's greatest mysteries lies right before us. In this case right above us. Our star, the sun, controls the earth's weather and climate. Yes, there are other factors such as volcano activity, oceanic temperatures cycles, and more. But overall it is the sun the keeps us alive on this planet. Our sun gives life. It prevents the earth from becoming a giant ball of ice floating through the universe.
I love this popular saying that has cropped up since the Climate Change craziness has engulfed our world: "It's The Sun Stupid". There is no point in arguing with those who believe otherwise, so I don't even try. It's simply a waste of mine and their time.
Our star has grown quiet again. Nothing at all that is unusual about this. Roughly every 200 years we experience a Grand Solar Minimum. And we are due. In fact, many think we have already started the sliding downward into our next Grand Solar Minimum.
Sometimes our star acts up and tries to kill us all. This has happened before and will it happen again someday...possibly soon. We have learned over the past few centuries, that our sun poses just as much of a threat to the planet when we experience Grand Solar Minimums, as it does when we experience Grand Solar Maximums.
When our sun goes quiet it affects/changes the magnetic fields on, in, and around the earth, which causes massive volcanic eruptions. Cloud cover increases which aids in cooling the planet also.
Image what our world and life would be like should the sun fire another massive Coronal Mass Ejection (CME) at us such as happened during the Carrington Event. We are due. We may even be past due!
When Our Sun Acts Up - We Pay Dearly Here On Earth.
On September 1st, 1859 our star threw a fit, more to the point a nasty hissy fit. The results were far-reaching and devastating. Should such an event repeat itself soon then the results will be far more devastating than in 1859. Our world is nearly entirely dependent upon technology. Most of us would not survive without cell phones, electricity, running water, Wal Mart, and much much more. In short, our world would be plunged into technological darkness and literally, we would wake up the next day to find ourselves back in the Stone Ages.
Take note...because the lessons of history that many of us have forgotten will someday come back to haunt us.
161st Anniversary of the Carrington Event.

A WARNING FROM HISTORY--THE CARRINGTON EVENT WAS NOT UNIQUE:

On Sept. 1st, 1859, the most ferocious solar storm in recorded history engulfed our planet. It was "the Carrington Event," named after British scientist Richard Carrington, who witnessed the flare that started it. The storm rocked Earth's magnetic field, sparked auroras over Cuba, the Bahamas and Hawaii, set fire to telegraph stations, and wrote itself into history books as the Biggest. Solar. Storm. Ever.

But, sometimes, what you read in history books is wrong.

"The Carrington Event was not unique," says Hisashi Hayakawa of Japan's Nagoya University, whose recent study of solar storms has uncovered other events of comparable intensity. "While the Carrington Event has long been considered a once-in-a-century catastrophe, historical observations warn us that this may be something that occurs much more frequently."

To generations of space weather forecasters who learned in school that the Carrington Event was one of a kind, these are unsettling thoughts. Modern technology is far more vulnerable to solar storms than 19th-century telegraphs. Think about GPS, the internet, and transcontinental power grids that can carry geomagnetic storm surges from coast to coast in a matter of minutes. A modern-day Carrington Event could cause widespread power outages along with disruptions to navigation, air travel, banking, and all forms of digital communication.

Many previous studies of solar superstorms leaned heavily on Western Hemisphere accounts, omitting data from the Eastern Hemisphere. This skewed perceptions of the Carrington Event, highlighting its importance while causing other superstorms to be overlooked.

A good example is the great storm of mid-September 1770, when extremely bright red auroras blanketed Japan and parts of China. Captain Cook himself saw the display from near Timor Island, south of Indonesia. Hayakawa and colleagues recently found drawings of the instigating sunspot, and it is twice the size of the Carrington sunspot group. Paintings, dairy entries, and other newfound records, especially from China, depict some of the lowest-latitude auroras ever, spread over a period of 9 days.

"We conclude that the 1770 magnetic storm was comparable to the Carrington Event, at least in terms of auroral visibility," wrote Hayakawa and colleagues in a 2017 Astrophysical Journal Letter. Moreover, "the duration of the storm activity was much longer than usual."

Hayakawa's team has delved into the history of other storms as well, examining Japanese diaries, Chinese and Korean government records, archives of the Russian Central Observatory, and log-books from ships at sea--all helping to form a more complete picture of events.

They found that superstorms in February 1872 and May 1921 were also comparable to the Carrington Event, with similar magnetic amplitudes and widespread auroras. Two more storms are nipping at Carrington's heels: The Quebec Blackout of March 13, 1989, and an unnamed storm on Sept. 25, 1909, were only a factor of ~2 less intense. (Check Table 1 of Hayakawa et al's 2019 paper for details.)

"This is likely happening much more often than previously thought," says Hayakawa.

Are we overdue for another Carrington Event? Maybe. In fact, we might have just missed one.

In July 2012, NASA and European spacecraft watched an extreme solar storm erupt from the sun and narrowly miss Earth. "If it had hit, we would still be picking up the pieces," announced Daniel Baker of the University of Colorado at a NOAA Space Weather Workshop 2 years later. "It might have been stronger than the Carrington Event itself."

The Carrington Event of 1859 - a massive solar storm and what it could mean in today's world.

The sun continues to be quiet with no visible sunspots during the last eleven days and it has been without sunspots 68% of the time this year which is slightly less than the 77% experienced during all of 2019. In fact, last year turned out to be the quietest year in terms of sunspots since 1913 with 281 spotless days as the solar minimum phase intensified from the year before. Back-to-back years of very high levels of spotlessness on the sun would certainly support the notion that this is indeed a noteworthy and deep solar minimum. Solar minimum represents the end of solar cycle #24 which featured the fewest number of sunspots since solar cycle 14 peaked in February 1906. Some of the predictions for solar cycle #25 suggest that it may peak in July 2025 and continue the trend of weakening solar cycles that began around 1980 when solar cycle 21 peaked in sunspot activity. Even weak solar cycles, however, can produce significant solar storms. In fact, it was this same time of year back in 1859 when a super solar storm - now known as the “Carrington Event” - took place during another weak solar cycle (#10).  The event has been named for the British astronomer, Richard Carrington, as he observed from his own private observatory the largest solar flare which caused a major coronal mass ejection (CME) to travel directly toward Earth.

Recent studies have warned that these type of super solar storms may not be quite as rare as once thought (e.g., Hayakawa et al). Many previous studies of solar superstorms leaned heavily on Western Hemisphere accounts according to spaceweather.com, omitting data from the Eastern Hemisphere. This skewed perceptions of the “Carrington Event” of 1859, highlighting its importance while causing other superstorms to be overlooked. A super storm of the same magnitude as the “Carrington Event” in today’s world would very likely have a much more damaging impact than it did in the 19th century potentially causing widespread power outages along with disruptions to navigation, air travel, banking, and all forms of digital communication.

The Truth Is Stranger Than Fiction!
at Tuesday, September 01, 2020