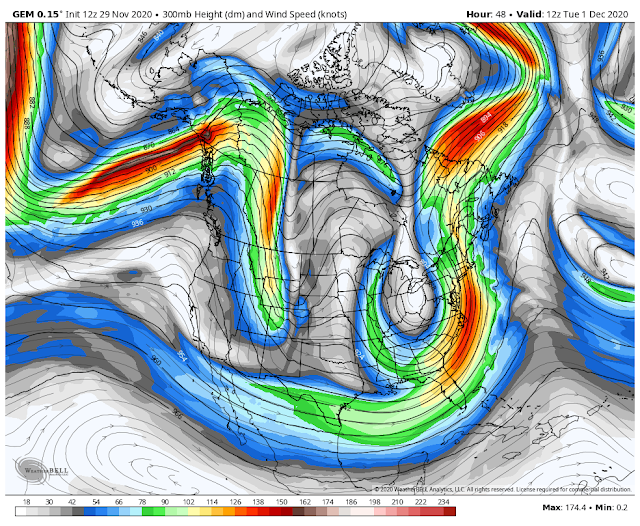 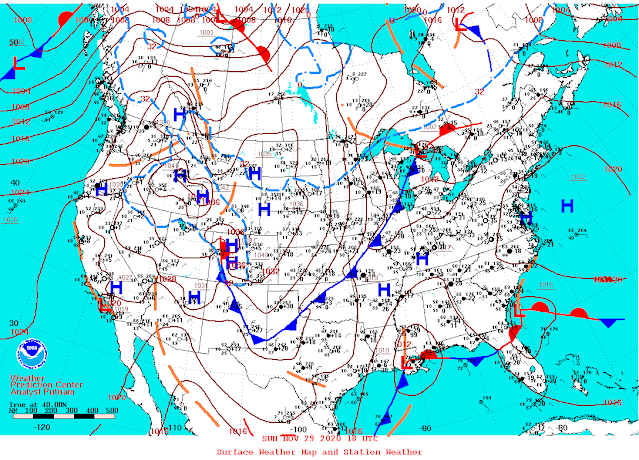 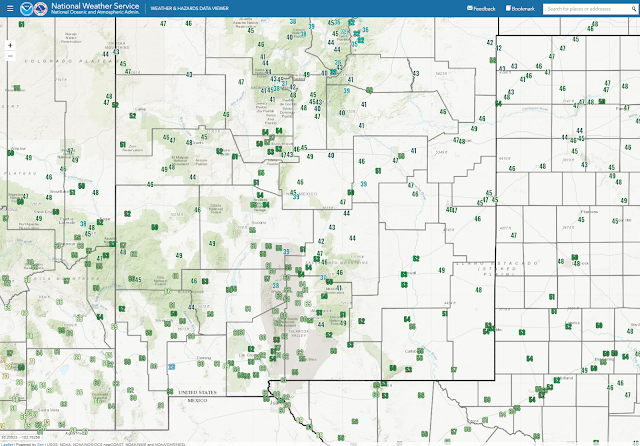 Chilly Day Sunday In NM - The Week Ahead Will Be Too!
Sunday's high temperatures across New Mexico and nearby areas were some 10º to 15º below normal for the date. This trend will continue for the upcoming post-holiday work week (except for Tuesday). A weak cold front entered the Southeastern Plains this morning and pushed southward out of the area through the day. A second stronger cold front is forecast to drop southward into New Mexico Tuesday and Tuesday night bringing even colder temperatures behind it.
Surface Map Forecast. 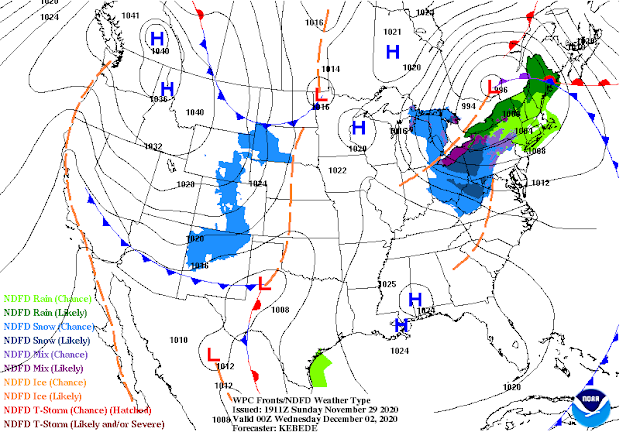 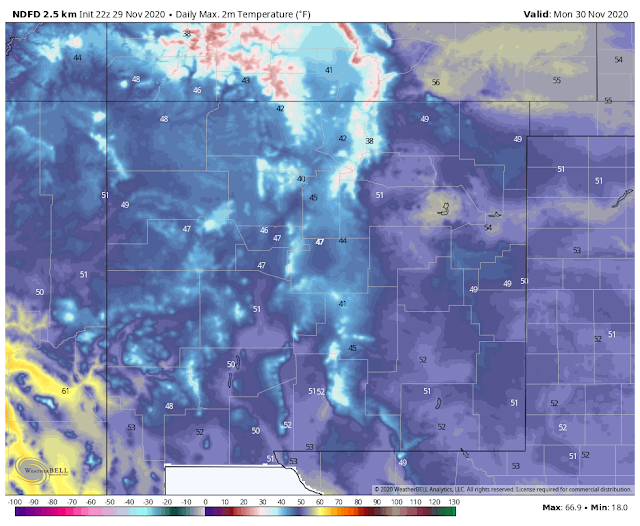 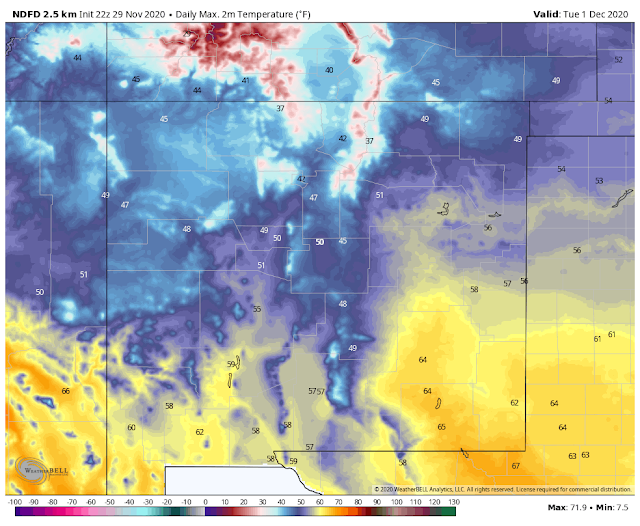 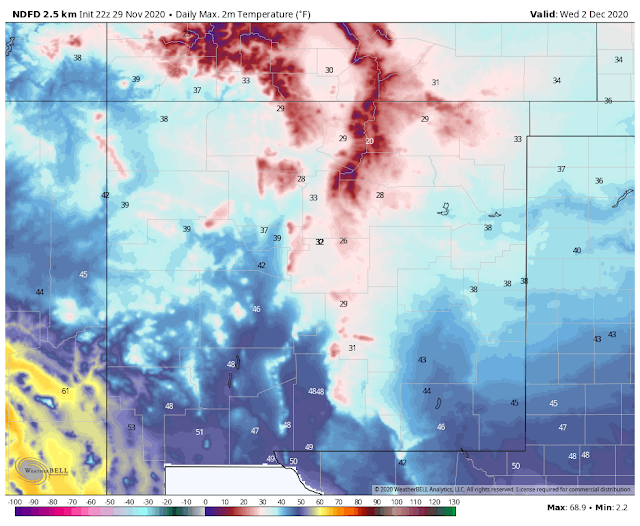 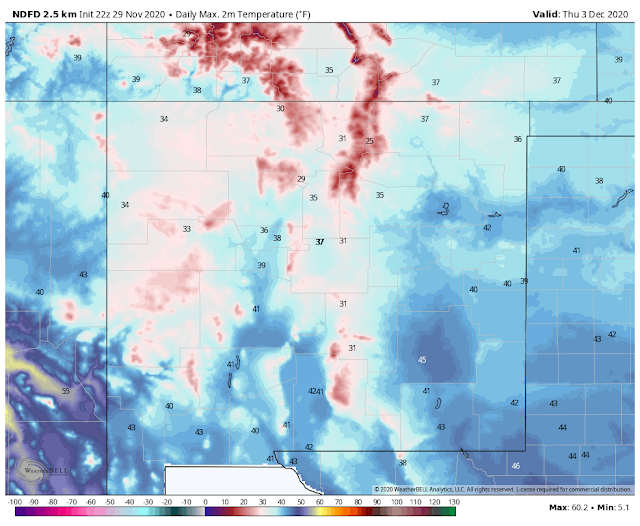 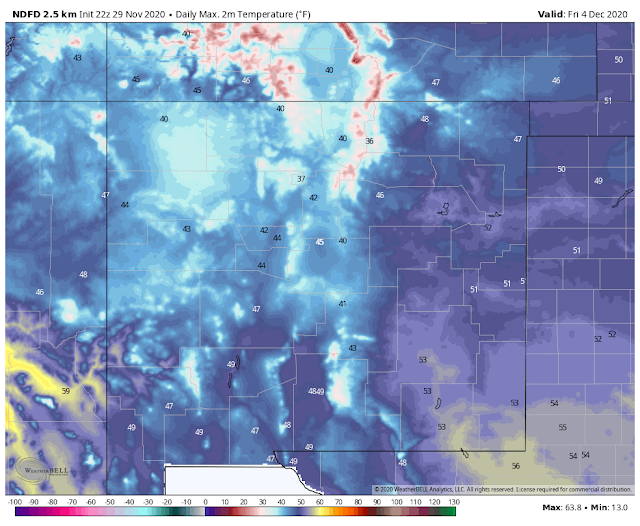 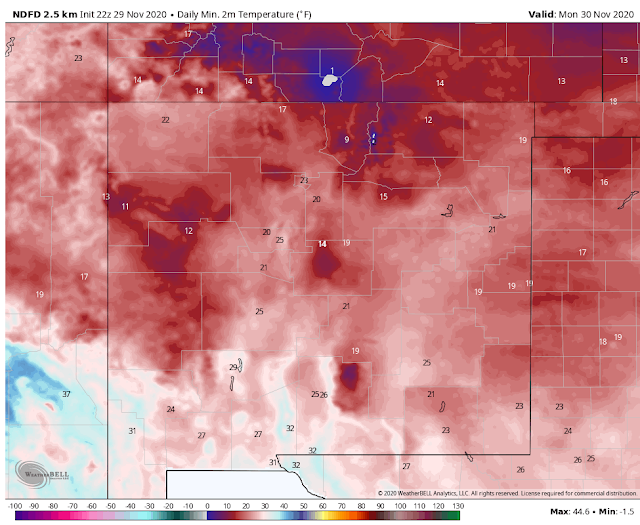 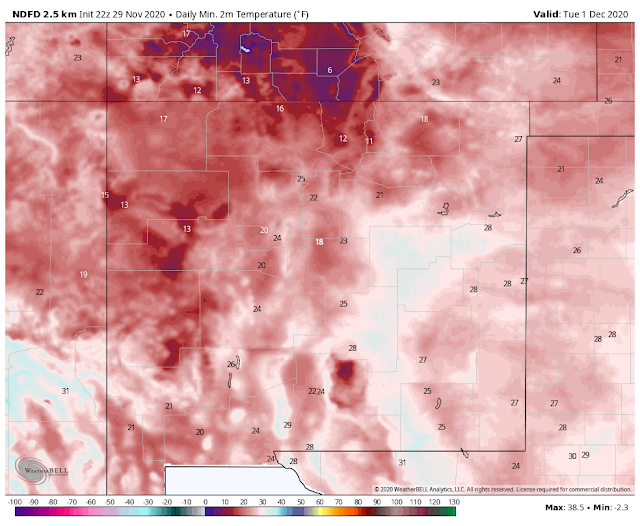 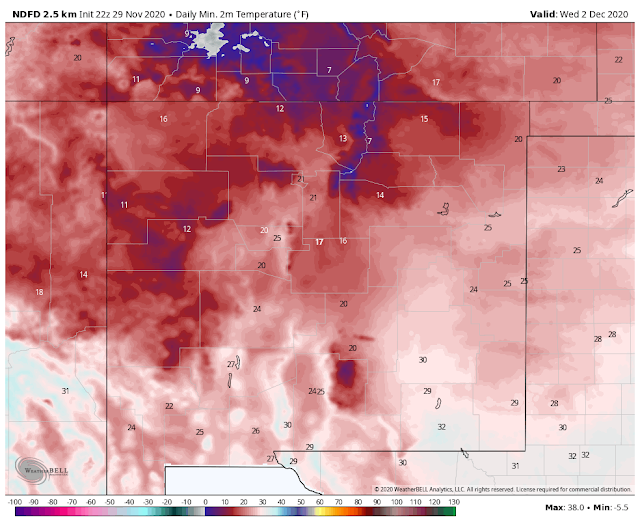 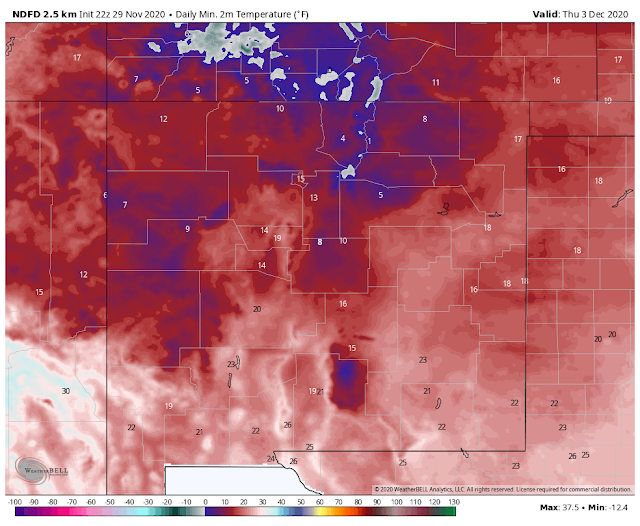 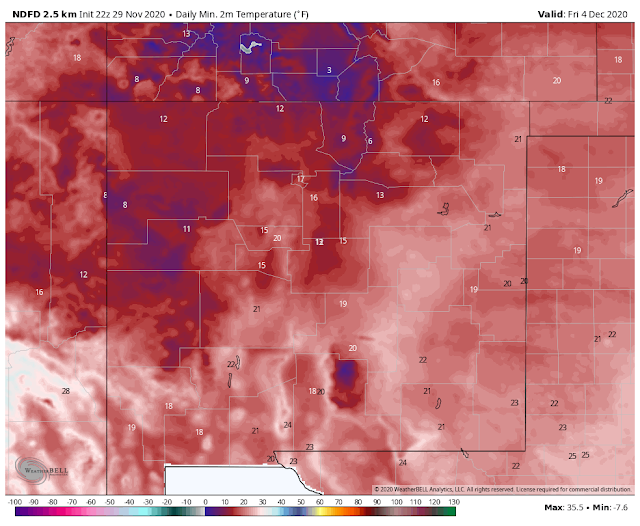 With the jet stream diving straight south into the southern Rockies early this week, cold air will continue to funnel southward out of Canada and into the area all week long. Tuesday we get somewhat of a break with our local high temperatures near normal for the date ahead of the next southward moving cold front. Locally (SE NM) our high temperatures will average some 10º to 20º below normal for most of the week ahead. If this morning's Canadian (GEM) forecast model is correct our temps will be even than colder than indicated above.
Mid-Upper Level Storm Cuts Off From Jet Stream Mid-Week.
Canadian (GEM) 500 MB (18,000') Forecast. 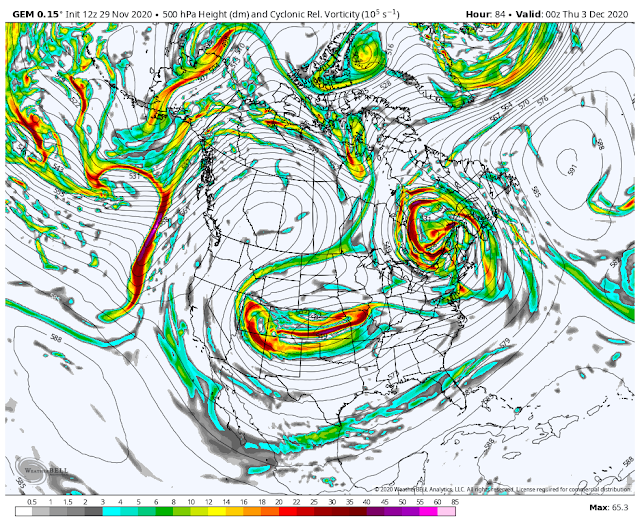 Valid At 5 PM MST Wednesday, December 2, 2020.
Model mayhem rules the day again concerning our next mid-upper level closed/cutoff low to affect the area by mid-week and later. The models are all over the place with the strength and location of this next winter storm. Parts of New Mexico will see snow this week but how much and where is up in the air tonight.
Canadian (GEM) Snowfall Forecast. 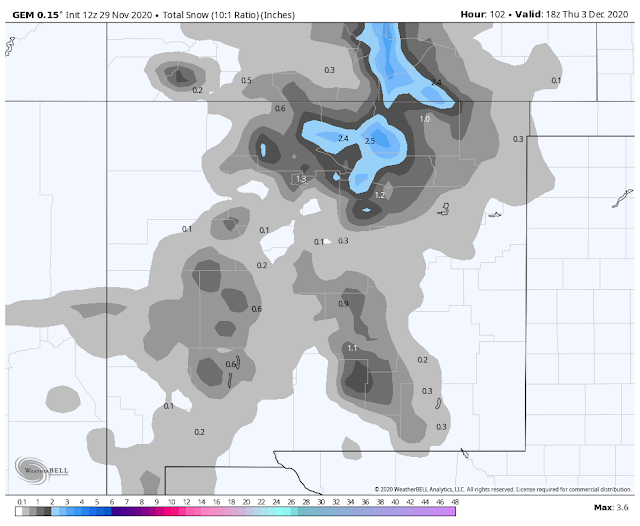 Valid At 11 AM MST Thursday, December 3, 2020.
Both the European and Canadian models produce the most widespread snow from our mid-week storm but keep it on the light side. The point is don't get too hung up on the forecast map above because it will change once the models sort out the details or our next storm and its impacts hopefully by Tuesday.
Canadian (GEM) 10-Day Temperature Forecast. 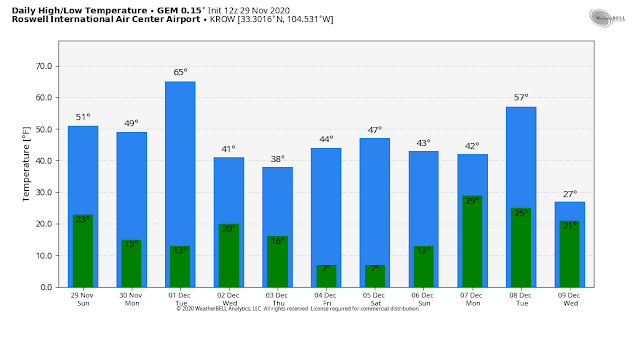 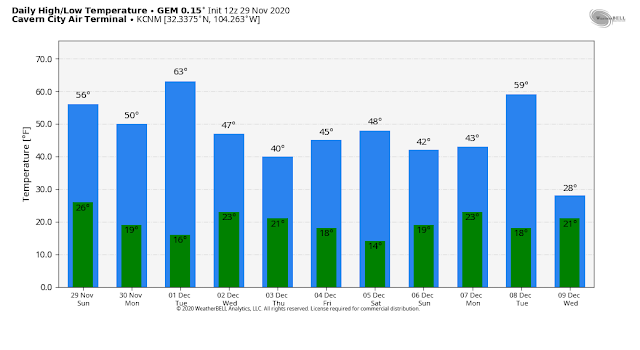 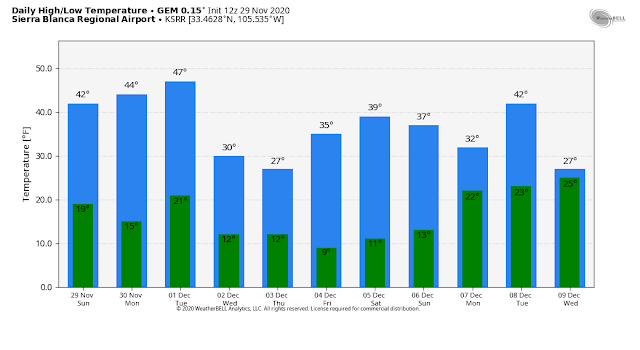 This morning's run of the Canadian (GEM) model was the coldest so our temperatures may or may not get as cold as is shown above this week. Some areas will be close though.
The Truth Is Stranger Than Fiction!
Email Post