Cooling Down Late This Week. 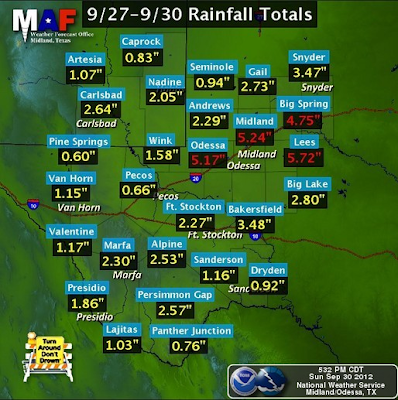 Additional rainfall totals can be viewed here.
View my summary of the event here. 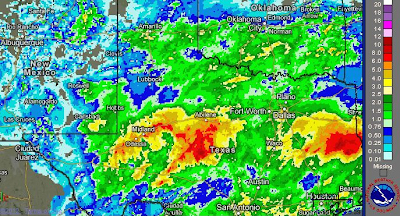 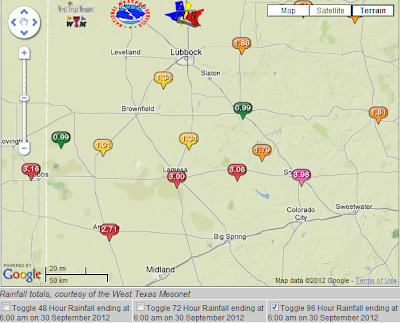 What is the best way to break the back of a historic drought? Have the left over moisture from a Hurricane move over the area and that's exactly what happened this past Thursday, Friday, and Saturday.

The greatest three day total I have been able to come up with is the Beals Creek Raws located near Westbrook, that automated station is reporting 8.41" of rain! A weather station located 4 miles east-northeast of downtown Midland, Texas recorded an incredible three day rainfall total of 7.33". Big Springs recorded 6.25", the CRN site located near Monahans recorded 6.23", and a weather station located 5 miles west-southwest of Odessa recorded 5.36".

Cooler By The End Of The Week. 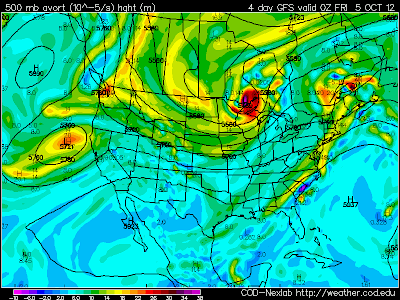 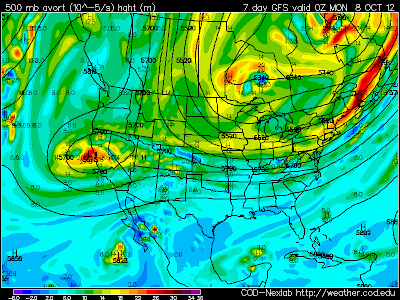 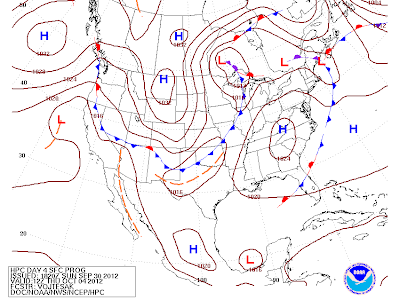 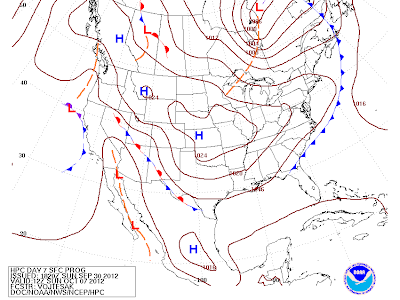 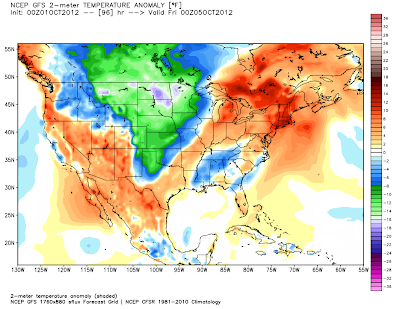 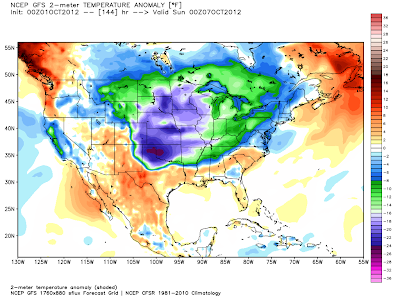 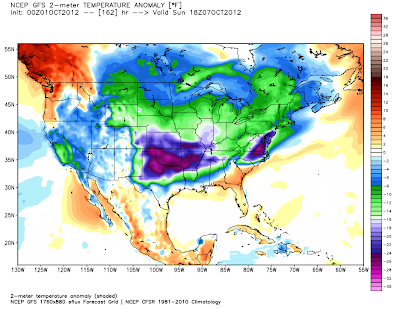 Added this mornings (below) GFS 12Z/6 AM MDT
surface temperature departure from normal forecast
valid at noontime this coming Saturday. If this models
forecast pans out, we could only be looking at daytime
highs in the 50's and 60's Saturday and Sunday. 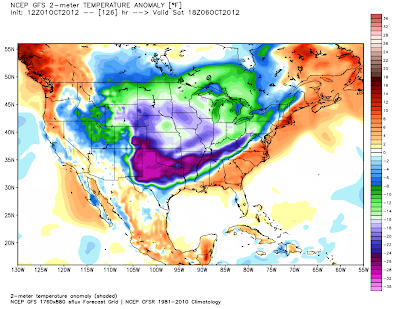 A fairly tranquil start to October is expected for most of this week. By Thursday a cold front will move through the area cooling us down somewhat. A stronger cold front will arrive by Sunday, which may cool us down some 20 - 30 degrees below normal by next Monday.

My Web Page Is Best Viewed With Google Chrome.
at Monday, October 01, 2012