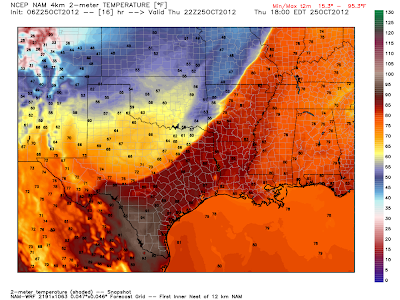 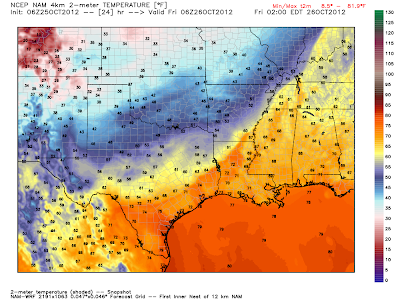 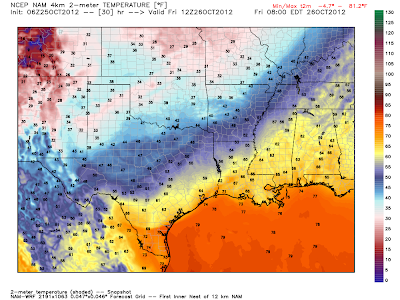 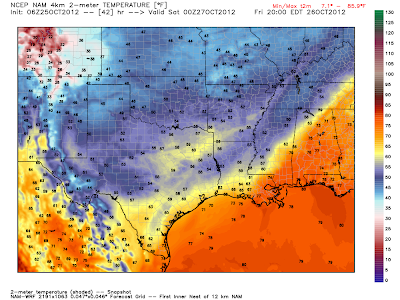 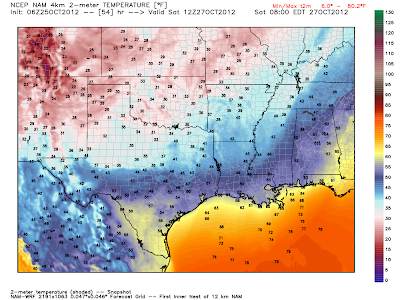 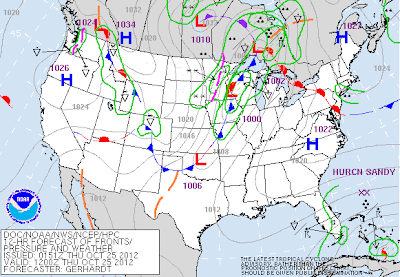 Keep in mind when taking a look at the temperature forecast maps that I have posted above that these maps are just that, a forecast, by this particular model (NAM 4KM), which was issued at midnight last night. So its possible that some locations may see temperatures a little colder, or even warmer, than what is being shown over the next couple of days. But overall you get the idea...colder temps are coming!

Early this morning the cold front was draped across northeastern New Mexico, and is poised to drop south into the local area later today. As of 5 AM MDT this morning, Clayton had a temp of 37F with a north wind gusting to 36 mph behind the front, giving them a wind chill of 25F. A pretty good indicator of what is headed our way. 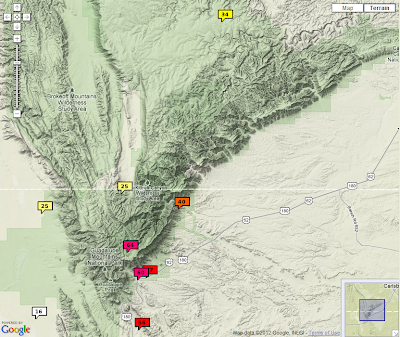 Before the front arrives in southeastern New Mexico later today, we should see our afternoon high temps climb up into the low-mid 70's. Warm, dry downslopping southwesterly winds have kept our local temps up overnight. As of 5:30 AM MDT this morning, my low here at my home in Carlsbad, NM has only been 61F, with a current temp of 70F.

Gusty northerly winds will accompany the fronts arrival later today. Some gusts may approach 40 mph. Falling temperatures are expected once the colder air arrives tonight along with areas of low clouds.

Friday promises to be a chilly and breezy day under overcast skies early. I think that most of the area will see afternoon highs in the 40's and 50's. Skies should clear later in the afternoon. Clear skies, along with a colder and drier airmass in place will allow our thermometers to drop tomorrow night into Saturday morning. Most of us will likely see our first freeze of the season Saturday morning. 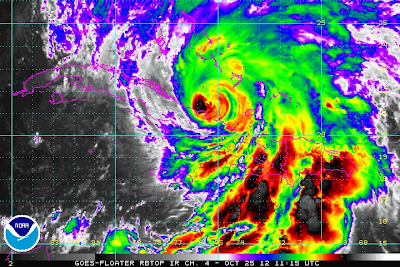 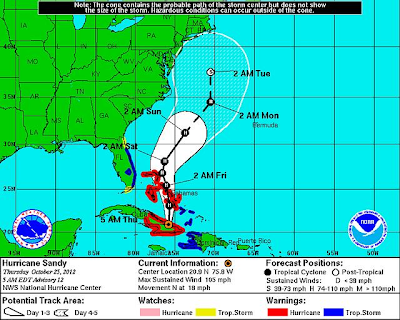 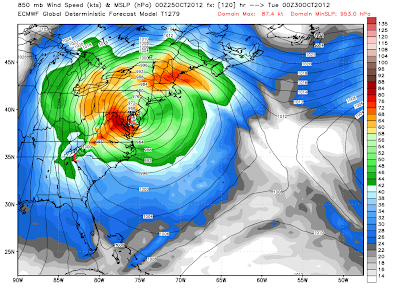 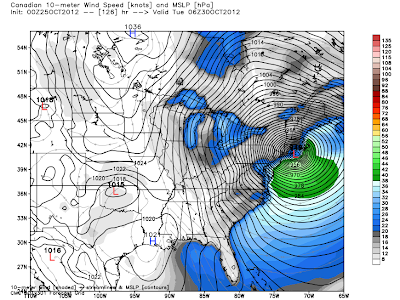 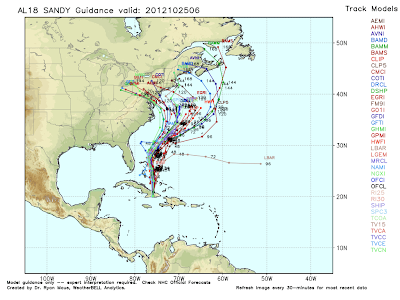 As of 6 AM MDT, Hurricane Sandy was located 75 miles northeast of Holguin, Cuba moving north at 10 mph. Sandy has sustained winds of 105 mph with gusts near 130 mph. Her central pressure is down to 967 millibars, or 28.55 inches of mercury.

Millions of people could potentially be in the path of a Major Hurricane along the Eastern U.S. Seaboard early next week as Sandy treks north. Many questions are on the minds of many people this morning concerning this potential. Sandy's eventual track and strength are still very much uncertain this morning.

No doubt there are a lot of nervous Meteorologists,  Emergency Managers, and other local official's, in the potential path of this late season monster. Anyone living along the coastline from Virginia northward to New England, really needs to pay attention to this storm and be prepared ahead of time, to take the necessary precautions to protect yourself, and your loved ones in the event Sandy makes landfall near you.

My Web Page Is Best Viewed With Google Chrome.
on October 25, 2012
Posted by Wendell Malone