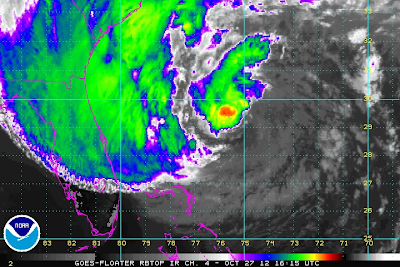 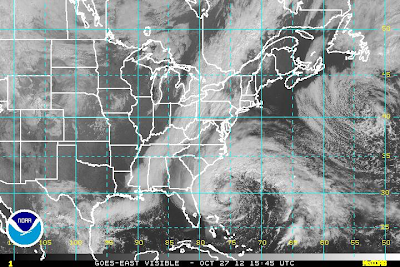 Hurricane Sandy was located about 355 miles southeast of Charleston, South Carolina as of 9 AM MDT this morning. She continues moving off to the north-northeast at around 9 mph. Her central pressure is down to 28.29 inches of mercury, or 958 millibars. 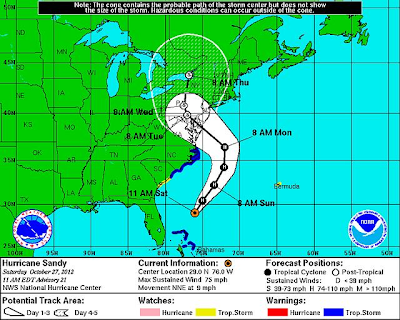 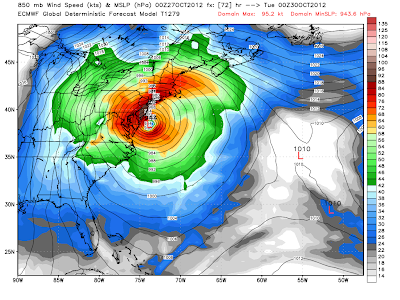 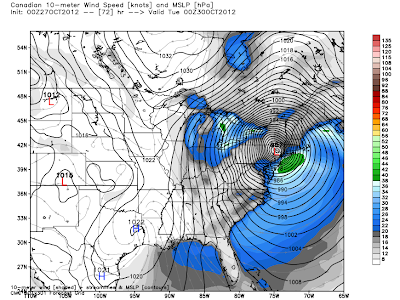 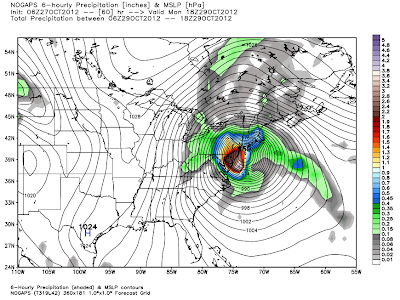 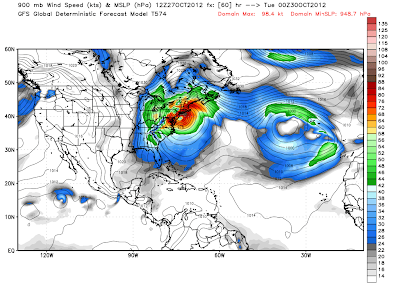 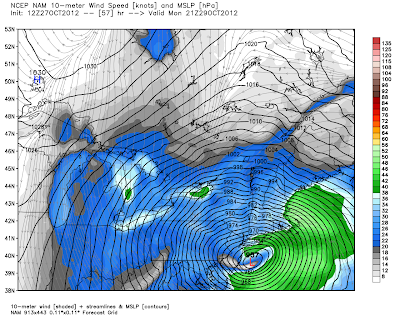 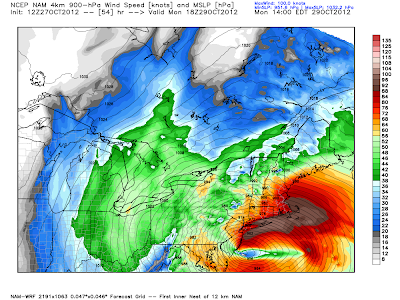 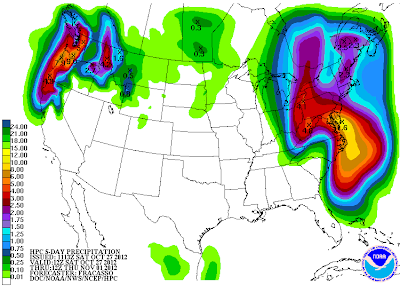 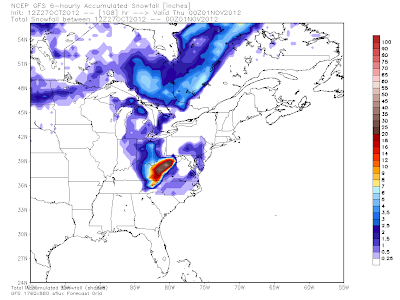 There currently are no meteorological precedents for Hurricane Sandy, which will eventually morph into a hybrid monster once she makes landfall. The weather world is burning down with discussions, blogs, new stories, and chatter about where, and what will Sandy do to the Eastern U.S. Seaboard and nearby areas.

History could be re-written with this one. Some 60+ million people may be affected. Power could be out in many of these areas for weeks, which as crazy as it sounds, could potentially affect the upcoming election. Damages from Sandy could potentially exceed $1 Billion.

Some model forecasts indicate that Sandy may dump up to 12"-15" of rain before she finally dissipates later next week. Inland, heavy snow (maybe more than 2 feet worth) could pile up in parts of the Appalachian Mountains of West Virginia.

I thought I would do something different, and provide you with some useful links that will help inform you of the many dangers this potentially historic storm posses. No doubt, once Sandy nears the coastal areas somewhere from New Jersey to New York, and makes landfall, her main initial impacts will include the following-

My Web Page Is Best Viewed With Google Chrome.
on October 27, 2012
Posted by Wendell Malone