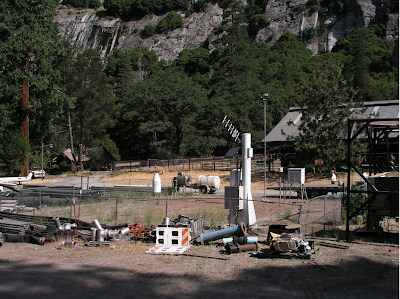 Watts Up With That?

The article below is courtesy of Fox News-

"Data from hundreds of weather stations located around the U.S. appear to show the planet is getting warmer, but some critics say it's the government's books that are getting cooked -- thanks to temperature readings from sweltering parking lots, airports and other locations that distort the true state of the climate.

Indeed, the National Oceanic and Atmospheric Administration has closed some 600 out of nearly 9,000 weather stations over the past two years that it has deemed problematic or unnecessary, after a long campaign by one critic highlighting the problem of using unreliable data. The agency says the closures will help improve gathering of weather data, but critics like meterologist and blogger Anthony Watts

say it is too little, too late.

"The question remains as to why they continue to use a polluted mix of well-sited and poorly-sited stations," Watts told FoxNews.com.


Watts has for years searched for weather stations that have flaws. And he points to a still-open station at Yosemite park as an example of one with “heat sinks” – objects that store heat, and then release it at night. Heat sinks can cause stations located in or near them to give off useless data -- generally in the form of inflated temperatures not representative of the broader area.

“The heat sinks are a road, a building, and stacked metal pipe

and beams surrounding the station,” he said.
After the heat sinks were added at Yosemite, temperature readings show a curious trend: minimum nighttime temperatures increased more

than daytime temperatures. Watts says that's because the concrete structures store heat that is released at night, and that such a trend backs up the idea that the "heat sinks" are having an effect.

But the government agency that compiles the temperature data says that such concerns are unfounded because of statistical methods used to adjust the data.

"There is no doubt that NOAA's temperature record is scientifically sound and reliable," NOAA spokesman Scott Smullen told FoxNews.com. "To ensure accuracy of the record, scientists use peer-reviewed methods to account for all potential inaccuracies in the temperature readings such as changes in station location, instrumentation and replacement and urban heat effects."

Smullen added that the recent station closures, which were made after "an extensive six-month review by all National Weather Service forecast offices," make the system even better.

He said the agency considered several factors in shuttering stations, including whether their data was redundant, whether urban growth had rendered data invalid and if sites were transmitting reliable data. But Watts says that closures are something of a vindication of a years-long project to identify stations with problems.

Some of the first official notice of Watts’ findings were in the leaked “Climate-gate” emails from 2009, in which the director of the National Climatic Data Center at the NOAA appeared to take Watts’ findings seriously.

“He has a website of 40 of the USHCN [weather] stations showing less than ideal exposure. He claims he can show urban biases and exposure biases. We are writing a response for our Public Affairs. Not sure how it will play out,” Thomas Karl, the director, wrote in an internal email.

Then the Government Accountability Office -- the government agency which issues reports evaluating other agencies -- looked into the issue of inappropriately-sited stations, interviewing Watts twice.

In an August 2011 report titled “NOAA Can Improve Management of the U.S. Historical Climatology Network”

the GAO concluded that “NOAA has not developed an agencywide policy… whether stations that do not adhere to siting standards should remain open… or should be moved or closed.”

NOAA spokesman Scott Smullen said that the NOAA’s recent review and closure of stations over the last two years is far more extensive than the investigation Watts conducted.

“While some of the 600 sites we targeted for closure may overlap with some sites Mr. Watts has questioned, we understand that his study looked only at siting criteria at a 1,200-site subset of our overall network, while we reviewed the entire network, and siting criteria was just one factor we considered.”

So how serious is the problem of poorly-sited stations for the overall historical climate record? And does it have implications about the extent of manmade global warming?

Watts says it does, and that if one looks only at pristine stations, they show a temperature increase of 1.1° Farenheit over the years 1979 to 2008. That is noticeably lower than the government estimate of 1.7° Farenheit, which includes readings from all stations, including those with potential problems, which it tries to adjust for statistically.

But many scientists concerned about global warming say that the statistical adjustments work, and they point out that many other measurements of temperature match closely with NOAA’s historical data.
http://www.foxnews.com/science/2013/08/13/weather-station-closures-flaws-in-temperature-record/

“I don’t dispute the satellite measurements, but they are measuring temperature of the atmosphere above the Earth, and that includes all cities and populated areas as well as rural open space… My premise is this: if you want to see the effect of CO2 on warming, you need to look in areas that have not been affected by urbanization to find the true signal.”

In other words, Watts says the data show that global warming is due relatively more to increased urbanization than to greenhouse gases. Such a finding would be relevant for whether government should further restrict greenhouse gasses.

“Questions should then be asked about… decisions all the way up the food chain,” Watts said."

My Web Page Is Best Viewed With Google Chrome.
at Tuesday, August 13, 2013