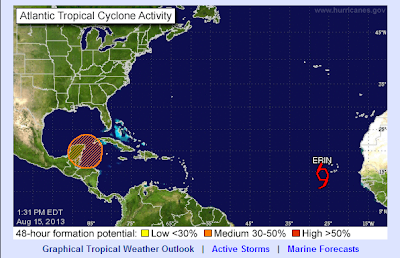 Courtesy Of The NHC. 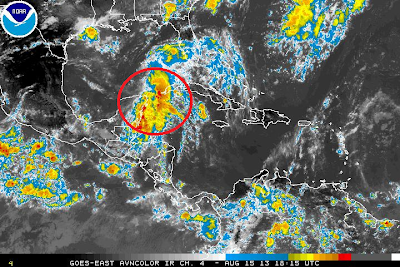 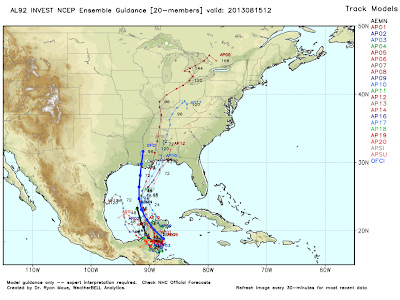 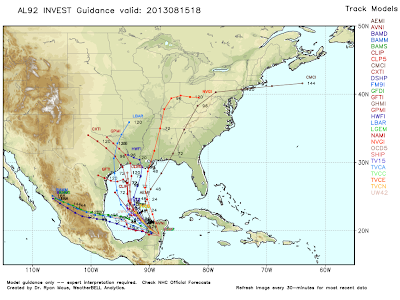 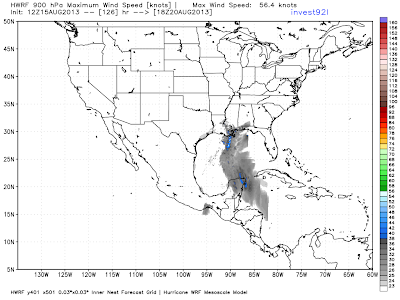 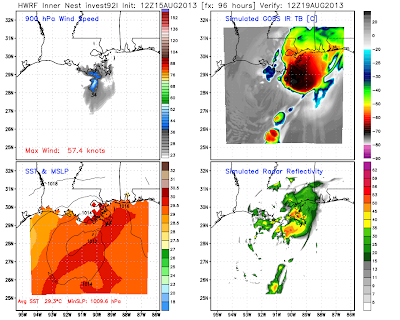 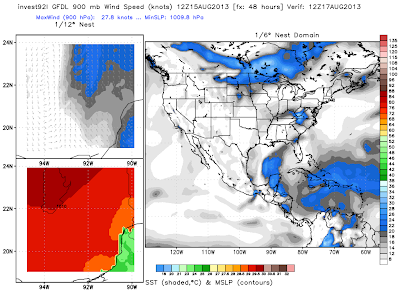 Valid Today Through 6 AM MDT Saturday. 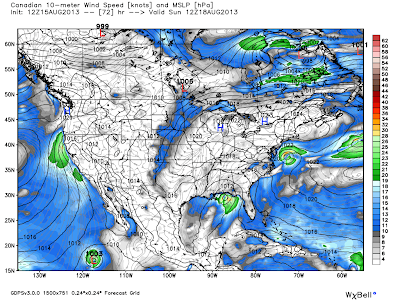 With out a doubt the models are really struggling with the easterly wave that is currently located over the Yucatan Peninsula. Since this wave is over land now, and highly disorganized, the models are simply all over the place with their forecasts concerning this system. None of them appear reliable at this time in my opinion.

Yesterday I thought that this system would be named Erin but that's not to be. Tropical Storm Erin has formed about 115 miles west-southwest of Brava, in the Cape Verde Islands. Erin will generally continue moving westward for the next several days. For now, I won't focus much on this system since it will not be impacting the U.S. mainland anytime soon, if at all.

Back to our storm that is forecast to enter the Gulf of Mexico by Friday...which will be named Fernand if it strengthens into a Tropical Storm. None of the models have a handle on this situation yet, so its basically useless to try and speculate on where it may be headed.

Pick any model you want and its forecasts will change with each new run...which happens every 6 to 12 hours. The GFS and ECMWF are still not very impressed that it will even amount to much once it does reemerge into the Gulf of Mexico. We're just going to have to wait until the weekend to get a better idea of what this storm may or may not do, and where it may be headed once it gets back over the warm waters of the Gulf of Mexico.