2013 Rainfall Totals For New Mexico - One Extreme To The Other. 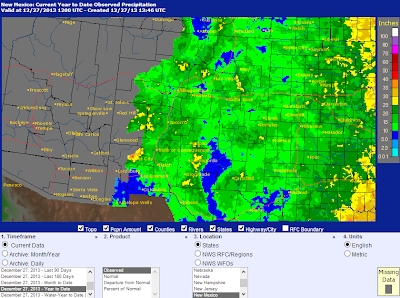 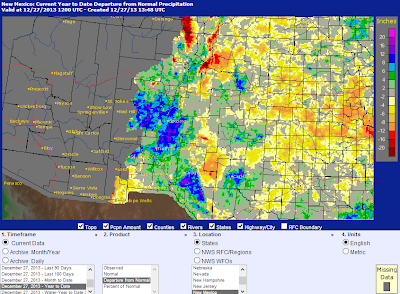 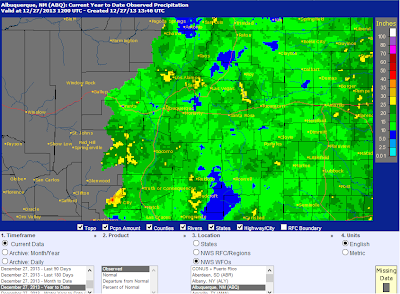 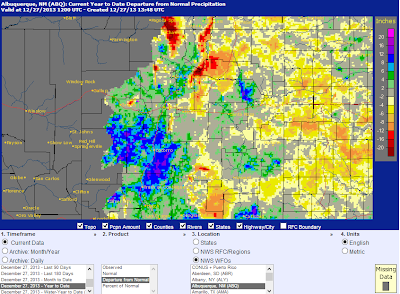 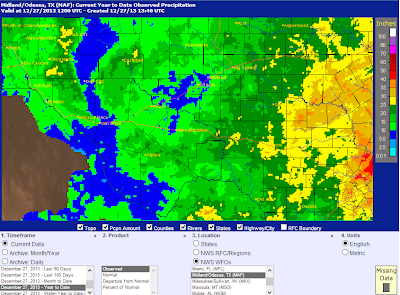 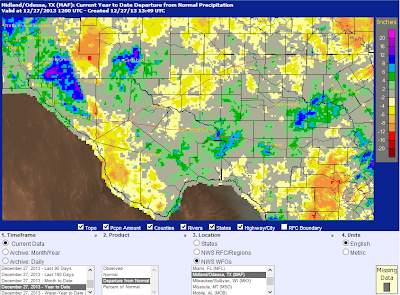 Maps Are Courtesy Of The NWS AHPS Precipitation Page.

Rainfall over New Mexico was highly variable in 2013. Southeastern New Mexico rainfall totals especially show this variability. Extreme east-central Eddy County near the Lea County line are estimated to have received up to around 25" of rainfall this year. I believe this to be a reasonable estimation.

Check out the CoCoRaHS and National Weather Service Climate Co-Op rainfall (courtesy of the Midland, Albuquerque, and El Paso NWS Offices) totals for 2013.

Like most of New Mexico not all of Eddy County had heavy rain.

Its a little crazy how heavy rains favored isolated areas this year while most of southeastern New Mexico, like most of the rest of the state, saw near average to below average rainfall for the year.

Chaves and Lea Counties did not receive nearly as much rain as parts of Eddy County did.

The wettest location that I have been able to find is the CoCoRaHS Station that is located 4.7 miles east of Cloudcroft with a total of 37.88". While the Cloudcroft Climate Co-Op Station has recorded 28.67".

Just east of Mayhill at the Elk that Climate Co-Op Station they have recorded 14.97".

Drought To Continue Across New Mexico. 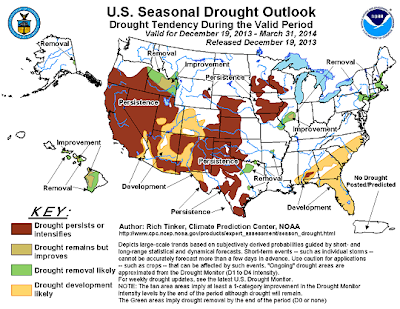 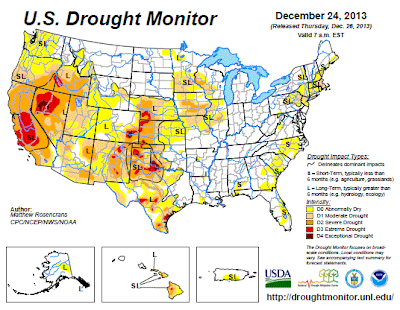 Maps Are Courtesy Of The NWS Climate Prediction Center.

For all intents and purposes New Mexico remains in a drought with much of the state in the Severe category. This in spite of the localized heavy rains across parts of the state this summer and fall. 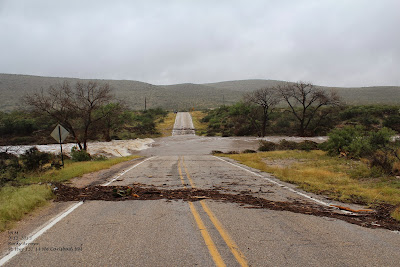 Three days of very heavy rain produced widespread flash flooding across parts of southeastern New Mexico. Chaves County was hit hard on Wednesday, September 11, 2013. Eddy County had its turn today Thursday, September 12, 2013. Over 13 inches of rain was reported in the Pine Springs area, and over 10 inches was reported in the Queen area. Over 9 inches of rain also fell 11 miles northwest of Carlsbad. Widespread 2" - 4" amounts were common across the Pecos Valley.I was wrong on the location in this video. I shot this at the junction of Boyd Drive and Radio Blvd in Carlsbad, New Mexico.

Exceptionally heavy rains fell in the Guadalupe mountains from September 9th through the 13th. An automated rain gauge located in Pine Springs (GUMO Mesonet Station) recorded an astonishing 15.76" of rain. Incredibly 13.62" of this fell in the 24-hour period between the 11th and 12th of the month, with most of this falling in 12-hour period during the early morning hours of the 12th! Meanwhile the Queen CoCoRaHS Station measured 11.95" of rain overnight.

Widespread flash flooding occurred across southeastern New Mexico due to these and other heavy rains that fell that week.

For additional information and photos on this event please visit my blog list for September of this year, which is located on the very right hand side of my web page, and is listed under "Blog Archive. "

My Web Page Is Best Viewed With Google Chrome.
at Friday, December 27, 2013