All Is Quiet On The Southwestern Front - But Not So In The South & East.

Rough Couple Of Days Ahead! 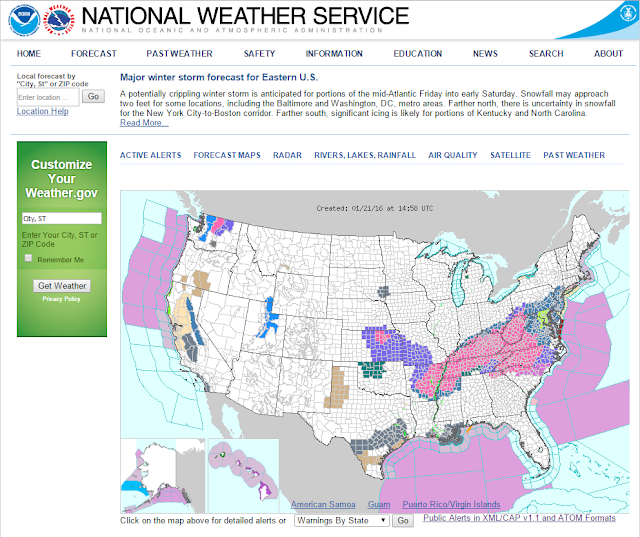 Click On This Link To Open Up The Latest Updated Version Of This Map.
(Then Click On Any Location You Are Interested In For The Latest Information). 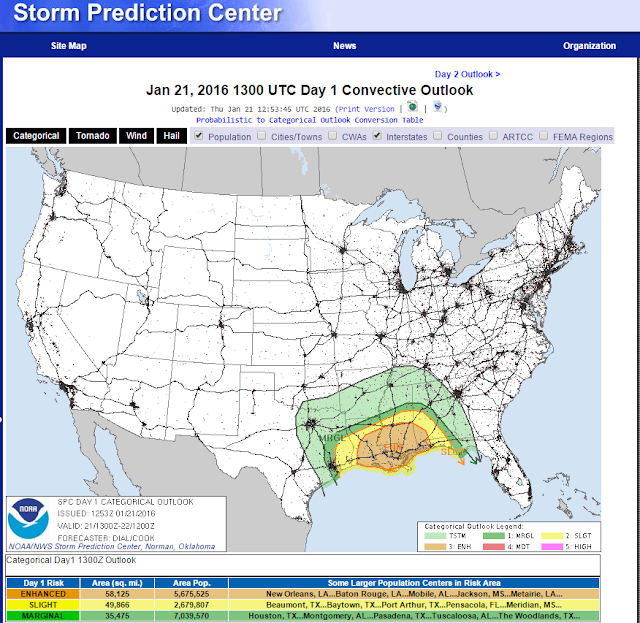 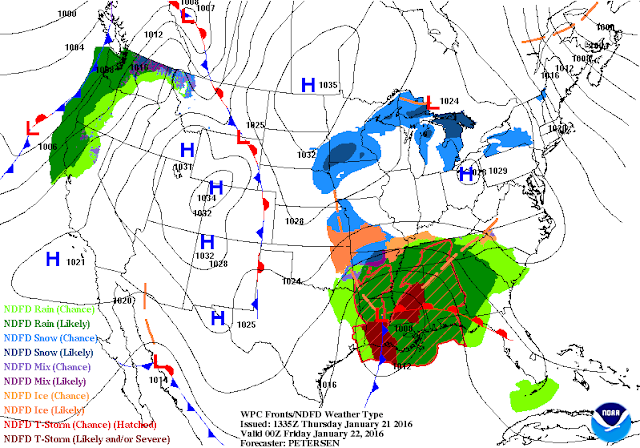 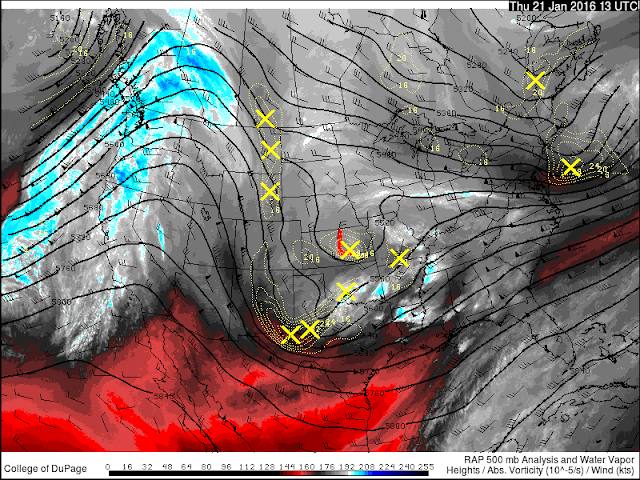 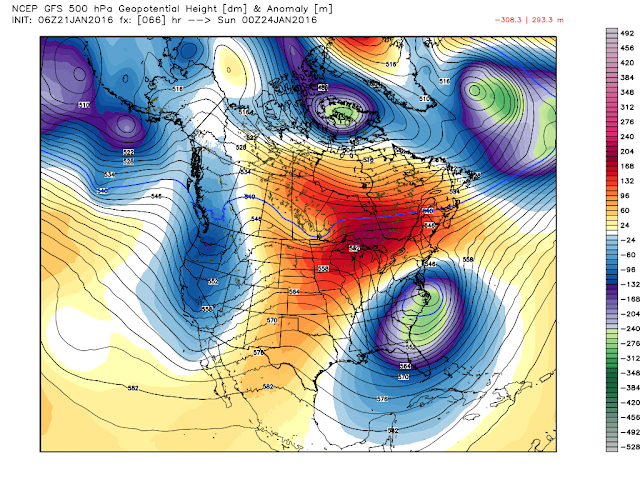 An upper level disturbance was located near the Midland/Odessa, Texas area as of 7 AM MST this morning. The computer forecast models continue to forecast this disturbance to rapidly deepen and become a Major Winter Storm tonight into Sunday.

I won't get into the details of the exact track of this storm but generally speaking it should be located near Norfolk, Virginia by sunset Saturday evening. Like any Winter Storm of this magnitude its exact location, track, and speed will play an important role in determining just who gets the heaviest snows and where.

Take a look at the National Weather Service Watch & Warning Map above and you can see that everyone from Arkansas northeastward to southern New England will be affected in some way by this storm. In fact the Washington, D.C. area seems at this time to be ground zero for Blizzard Conditions Friday afternoon into late Saturday night. Snowfall totals of 18" - 24" driven by northeasterly wind gusts of 55 mph will make this Blizzard a potentially Life Threatening Situation! 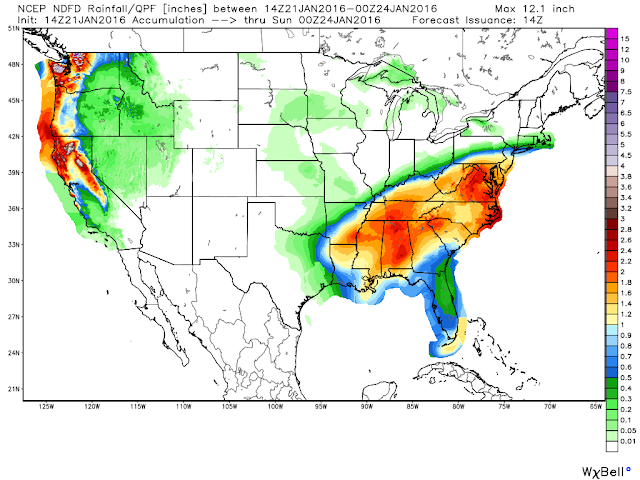 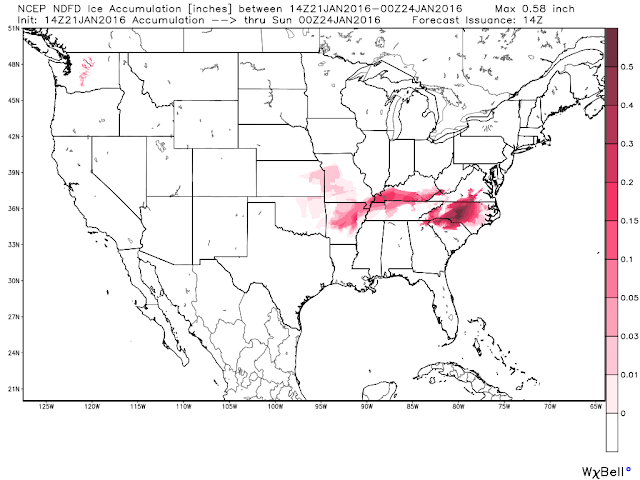 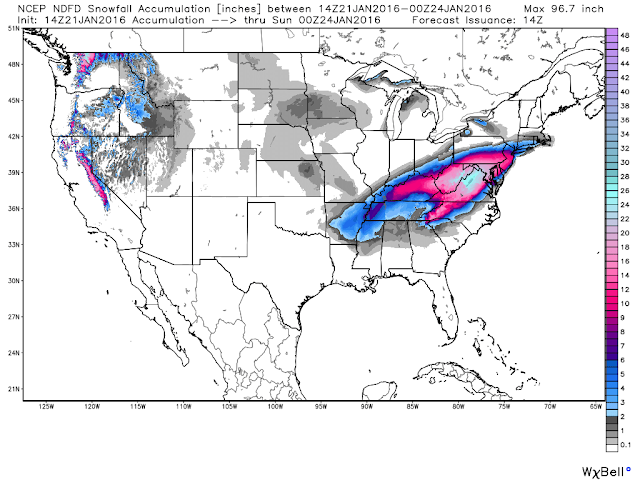 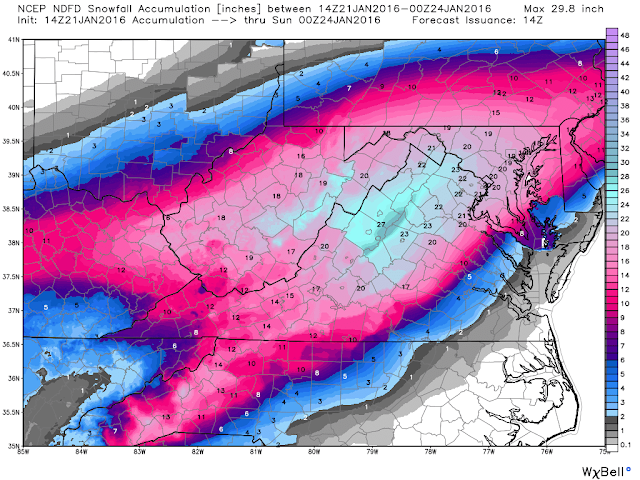 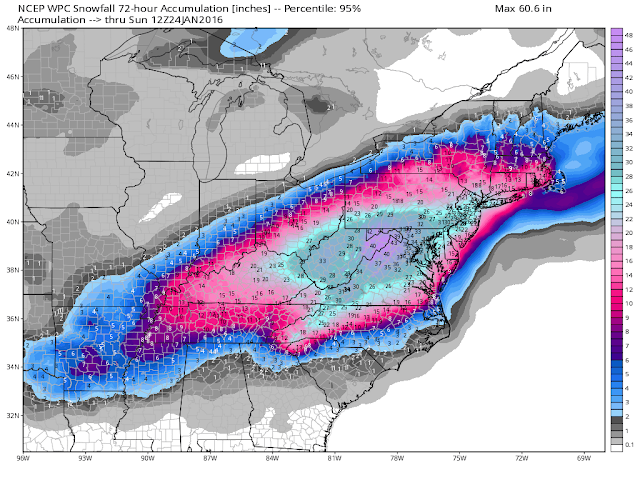 There isn't much doubt that this developing Winter Storm is going to be one to remember, and in some places one for the record books. A lot of talk in the weather world about this one turning out to be Historic in some places as far as snowfall totals go.

Meanwhile Back In New Mexico. 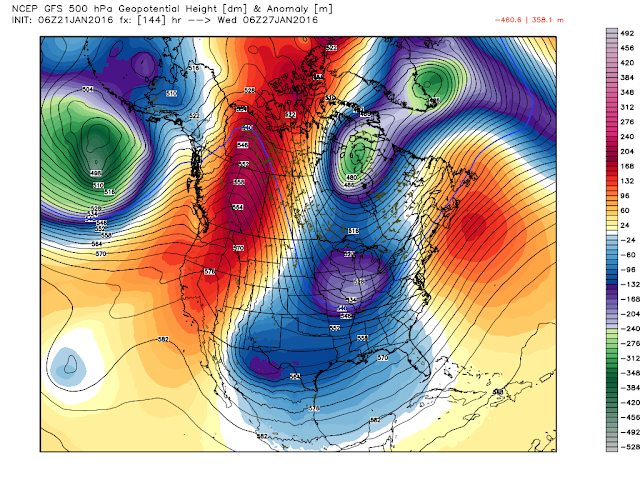 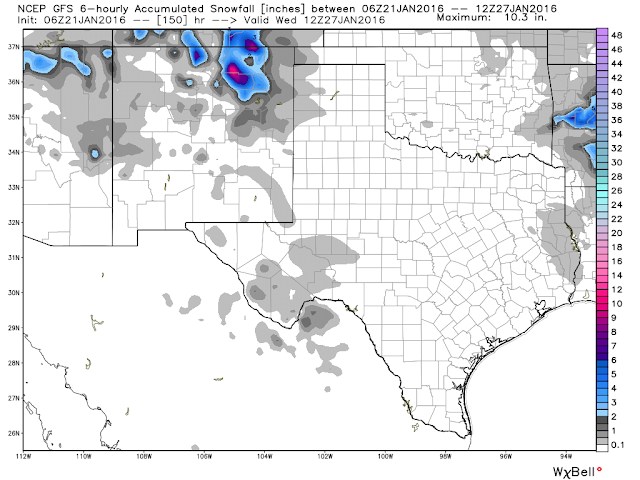 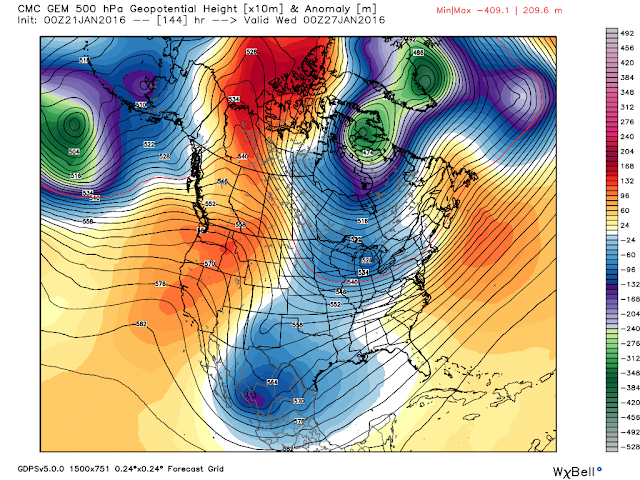 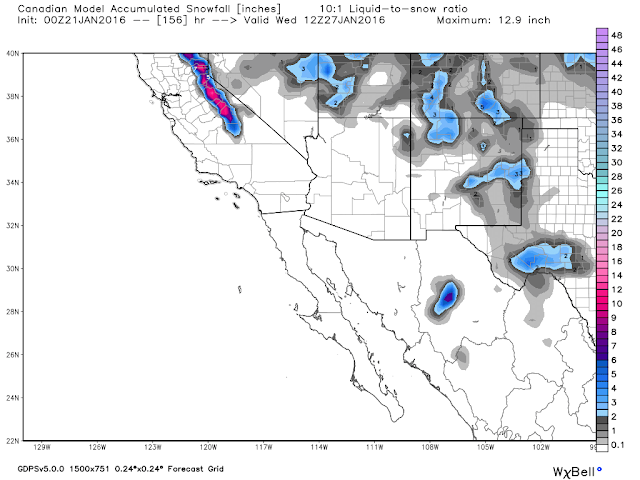 Two of the long range models (the US GFS and the Canadian GEM) continue to point to a weak storm that could possibly drop some light snowfall across the local area by around next Tuesday and Wednesday. The European (ECMWF) model has a similar but weaker and drier storm tracking south of New Mexico with little impact upon the local area as far as snow is concerned.

So for now I'm not overly excited about this but as always time will tell a better story as we get closer to early next week. Our January "pause" will continue with no significant storms affecting the state into at least next Monday.

My Davis Vantage Pro2 Weather Station has recorded a high temperature yesterday of 71.3°F. This is the warmest temperature I've had since December 20th when my high that day was 74.2°F.

Remember This One - Its Not Likely To Be Seen Again For A Long Time.
(Now That I Say This Watch Mother Nature Make A Liar Out Of Me). 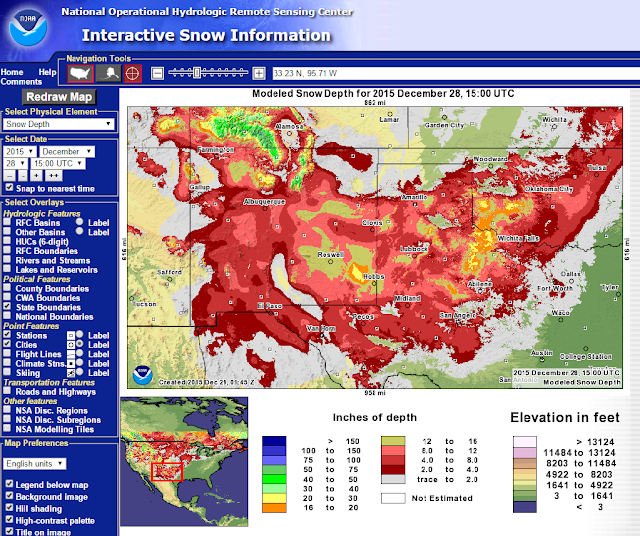 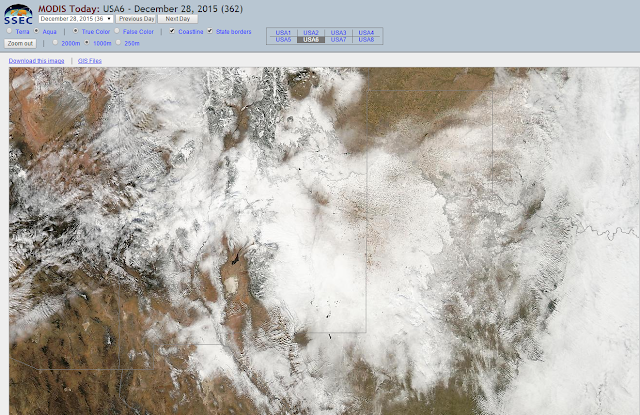