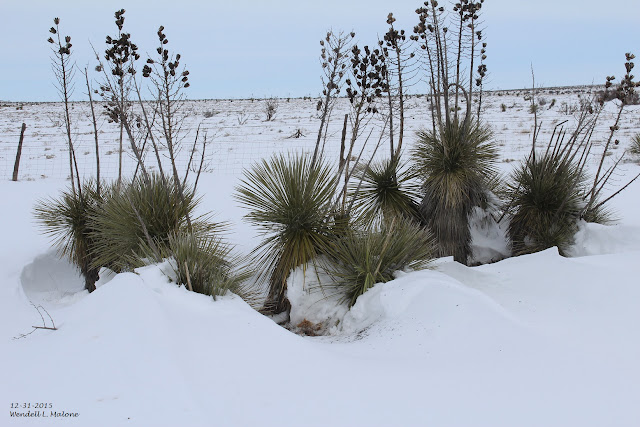 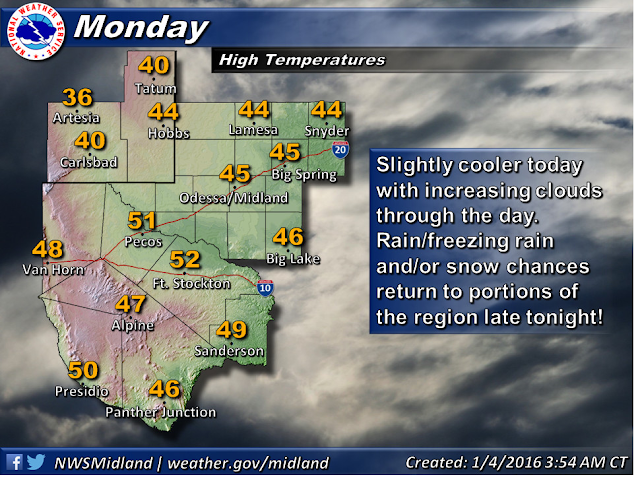 Our daily high temperatures continue to struggle to get out of the 30's or low 40's due to the snow pack still on the ground. As of 6 PM MST last night Roswell officially (at the Climate Co-Op Station) was still measuring 6" on the ground. I'm sure that Artesia has a similar depth, and here at our home in Carlsbad early this morning I still have 4.0". Sunday morning Hobbs was still reporting 5", Mayhill 6.5", and Cloudcroft 10". 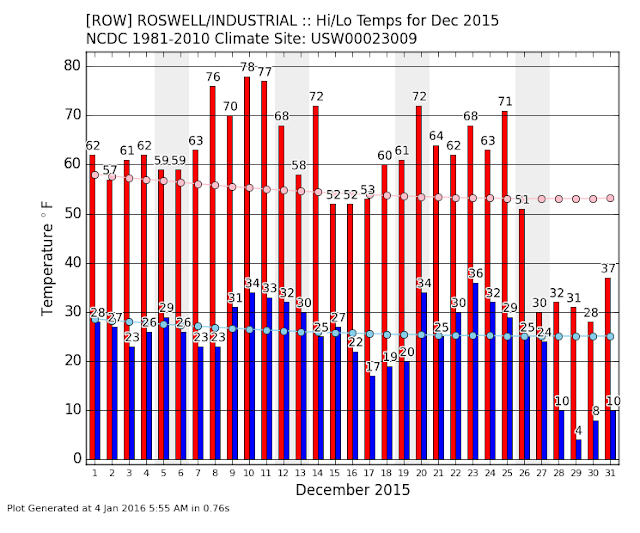 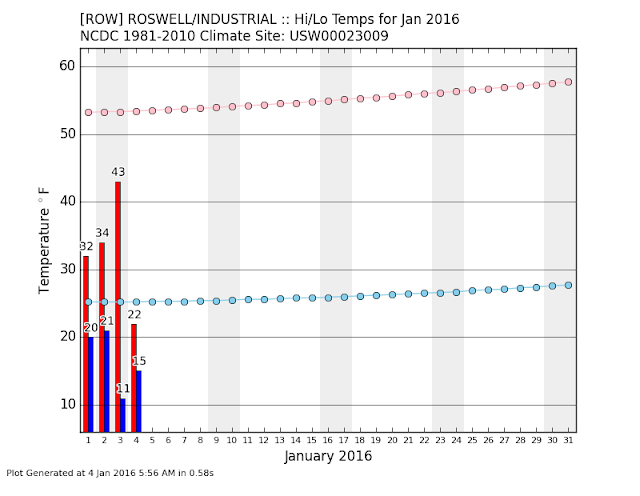 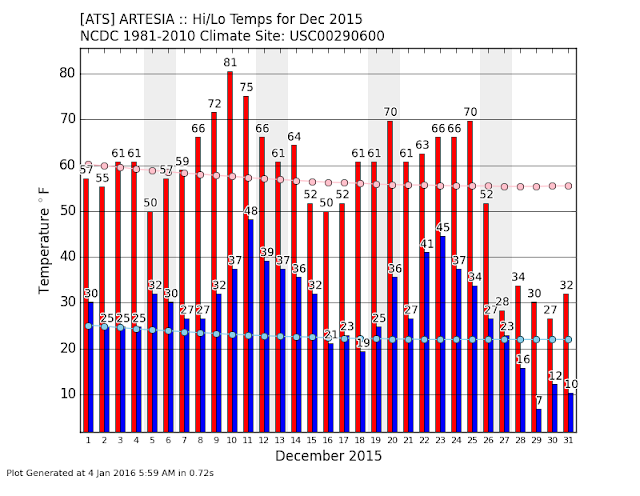 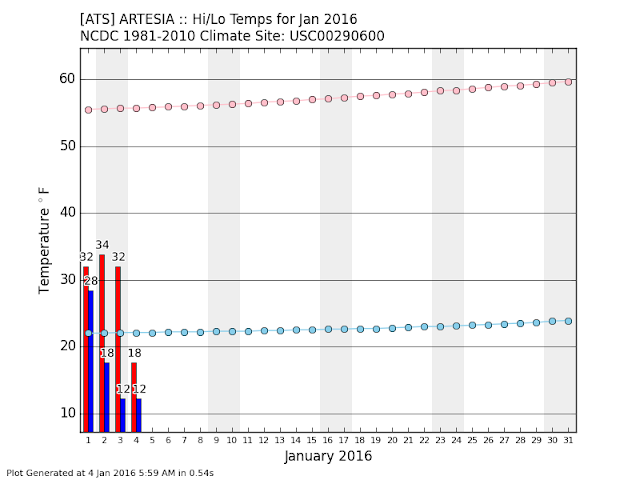 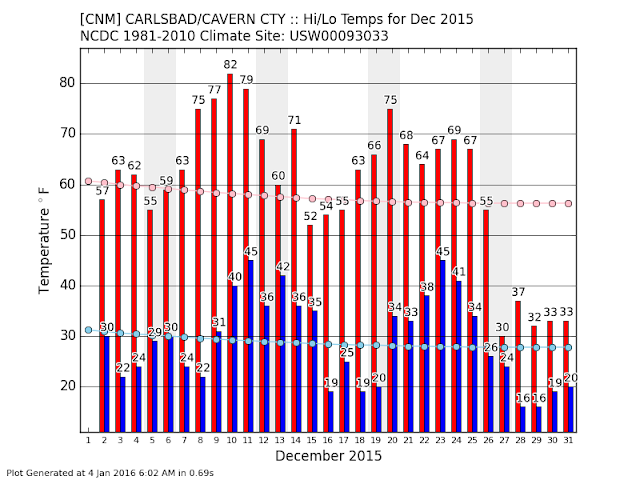 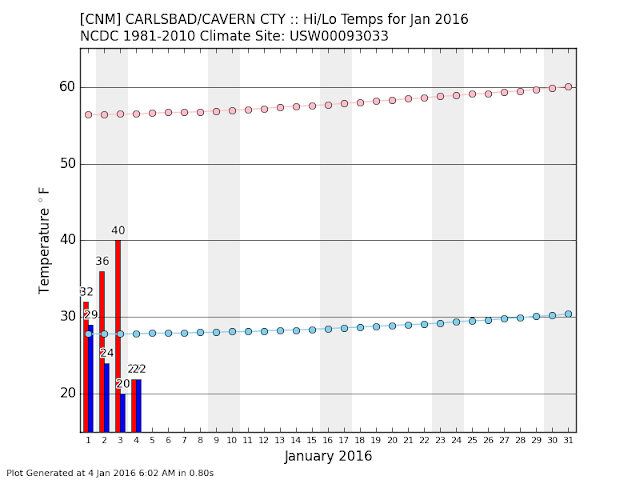 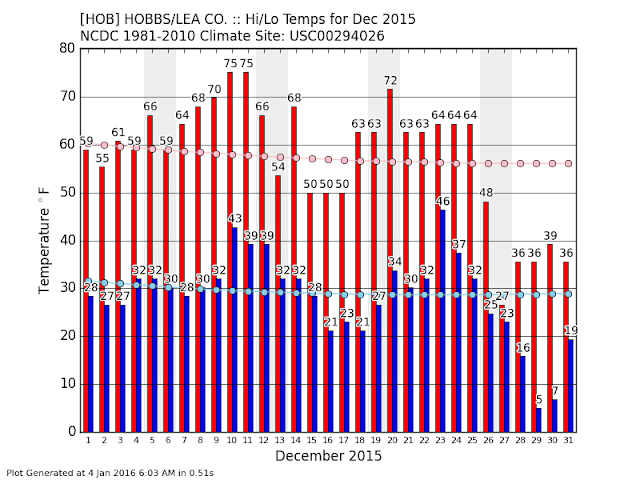 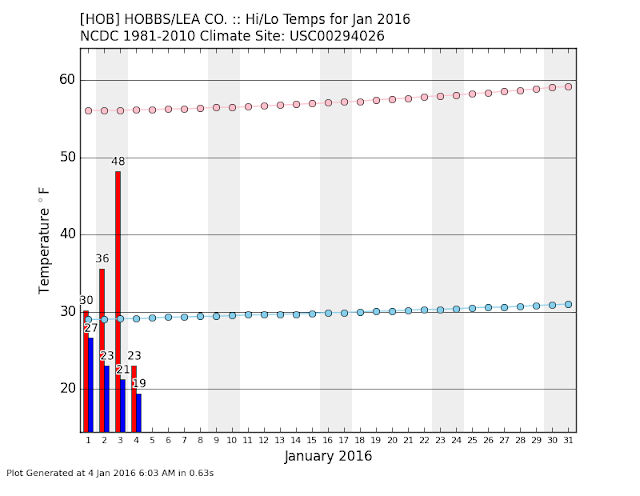 Lowest temperatures reported so far in the past 10 days include the following: 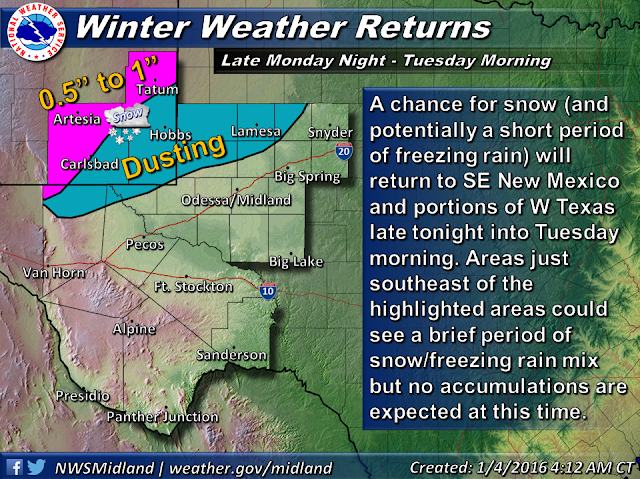 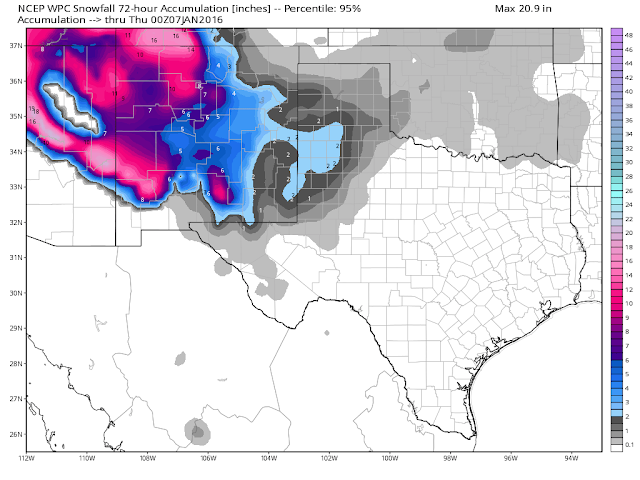 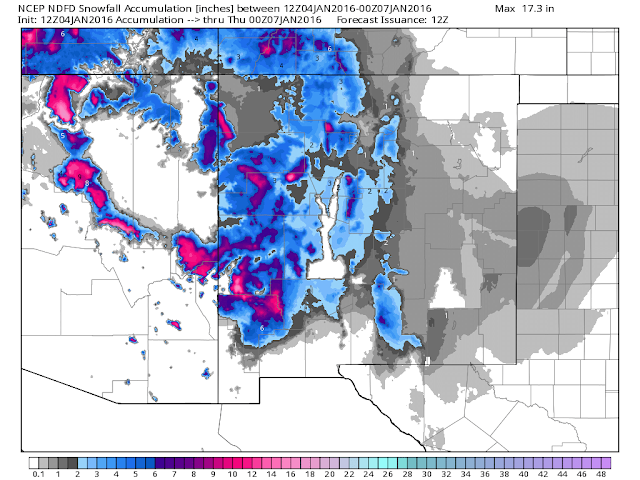 A quick moving mid-level disturbance is forecast to zip across New Mexico today into tomorrow morning. Dare I say the "s" word is back in our local forecast? Sorry but it is. Southeastern New Mexico will see a mix of light rain, perhaps a brief period of light freezing rain, light sleet, and light snow tonight into about noontime Tuesday.

Will Barney Invade Around The 13TH? 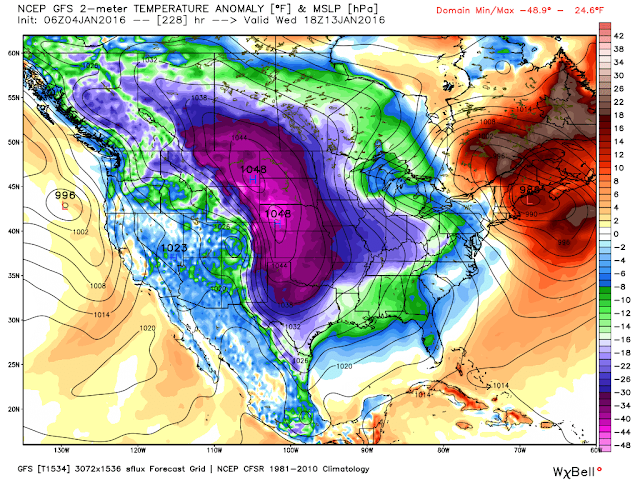 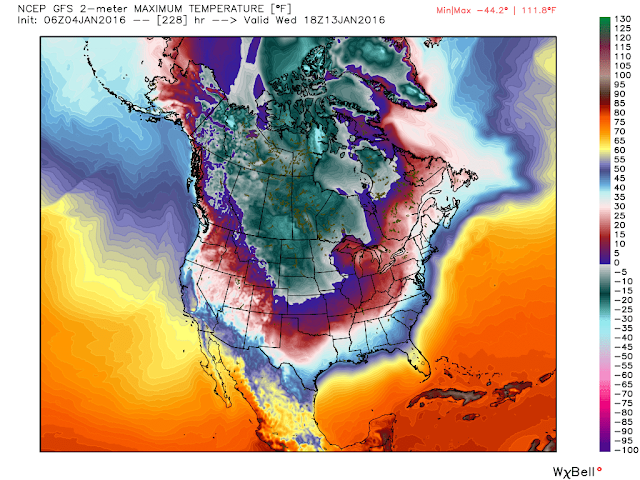 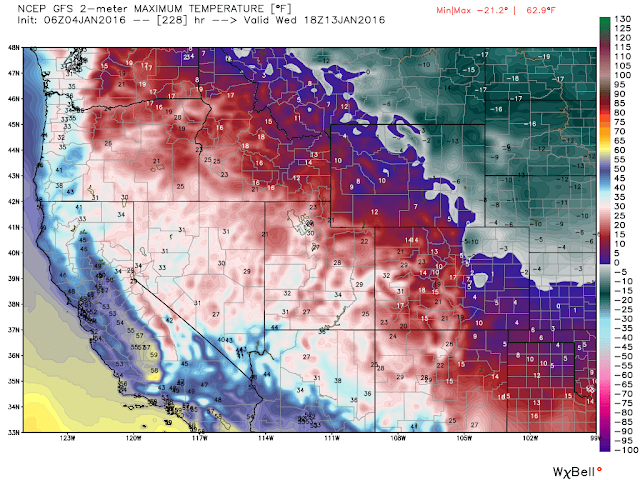 In about 10 days the models are hinting that Barney will invade much of the nation. Who is Barney? Its a joke in the weather world...referring to the deep Barney purple colors on the forecast temperature anomaly map above. An invasion of an arctic airmass is being forecast by around the 13th of the month for the local area. Notice the single digit temperatures in northeastern New Mexico and the Texas Panhandle...and the below zero temperatures (forecast at 11 AM MST) north of  us. More on this later as the waters become less muddy.