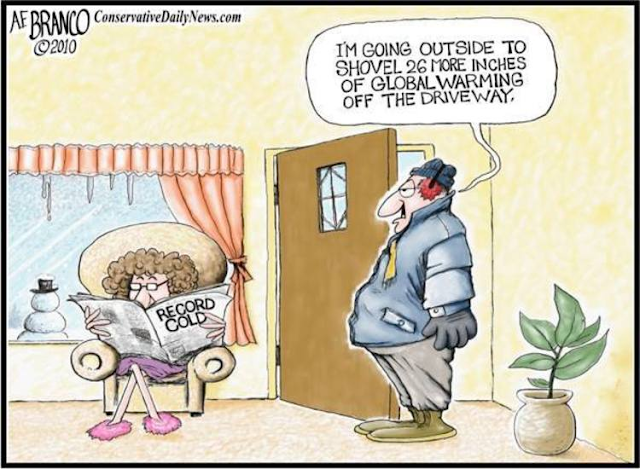 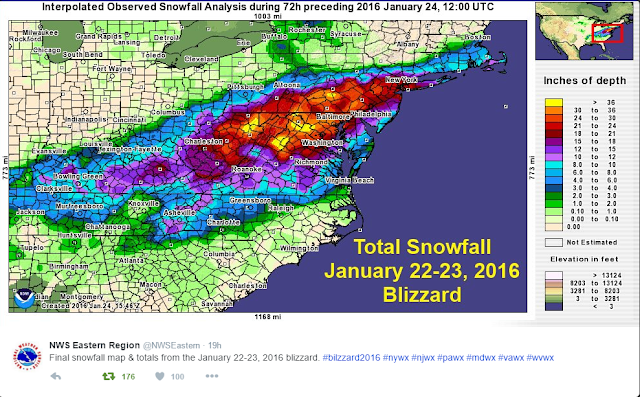 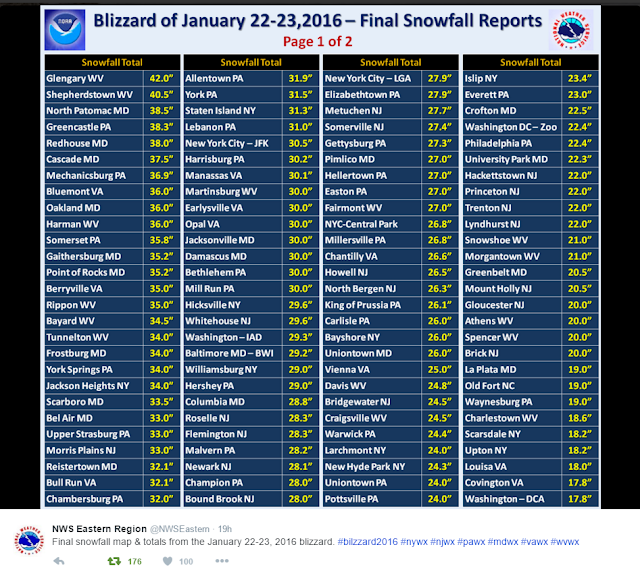 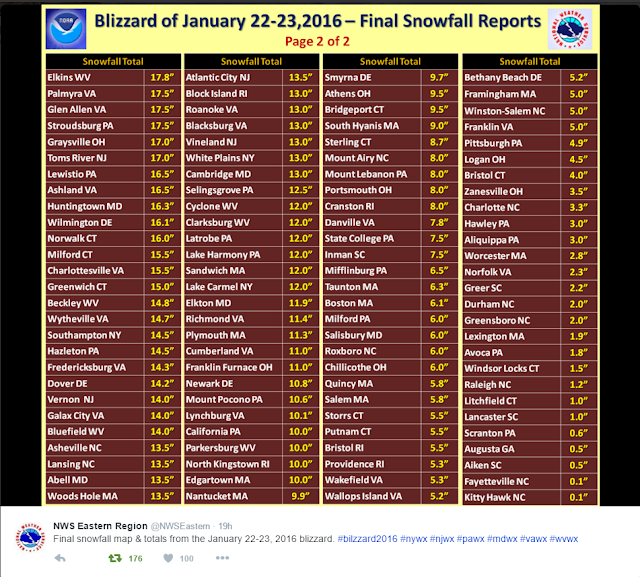 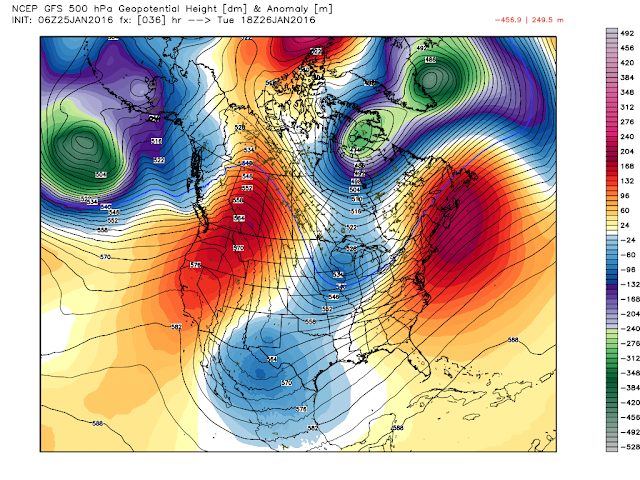 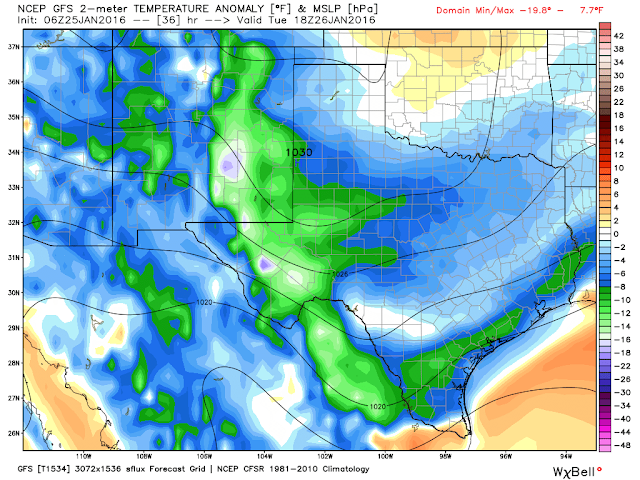 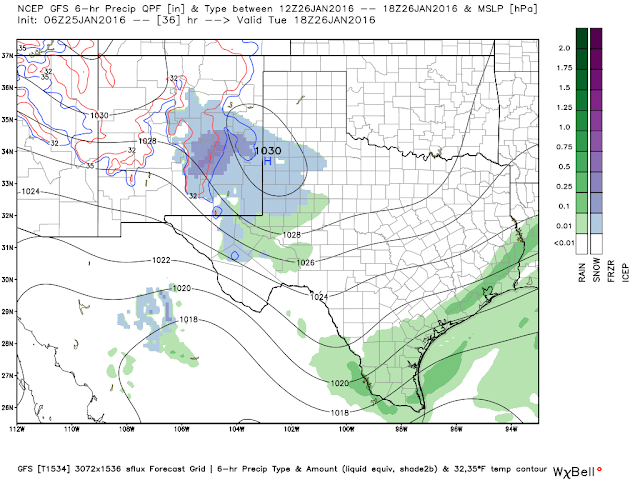 As one upper level disturbance departs the state today a second one will drop southward through New Mexico later today and into southern New Mexico by tomorrow morning. This next system will be a little colder and wetter therefore snow is in our local forecast. Most of the heavier snows are forecast to fall across northeastern and eastern New Mexico late this afternoon into Tuesday.

A mix of light rain and light snow is forecast for the southeastern plains. Light rain and snow showers should enter the local area (Chaves and Lincoln Counties first) late tonight or early Tuesday morning and end before midnight Tuesday night. 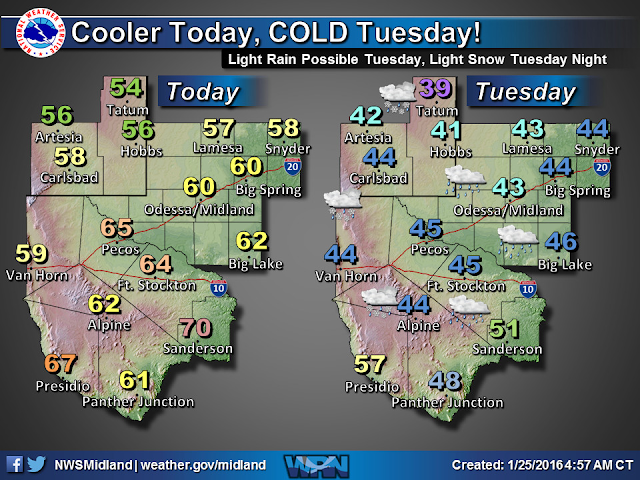 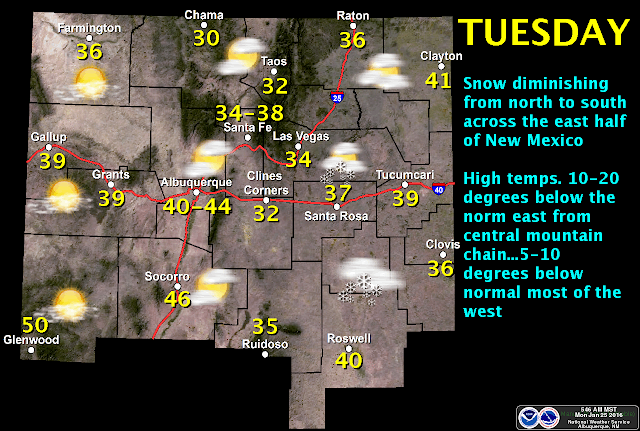 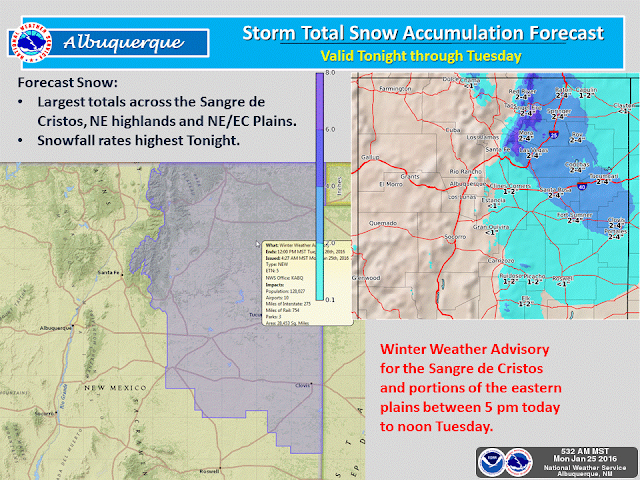 Today will be cooler with our afternoon high temperatures mostly in the 50's. Tuesday will be a little colder with highs in the upper 30's to the mid 40's. Our highs on Tuesday will be some 10 to 20 degrees below normal for this time of the year. 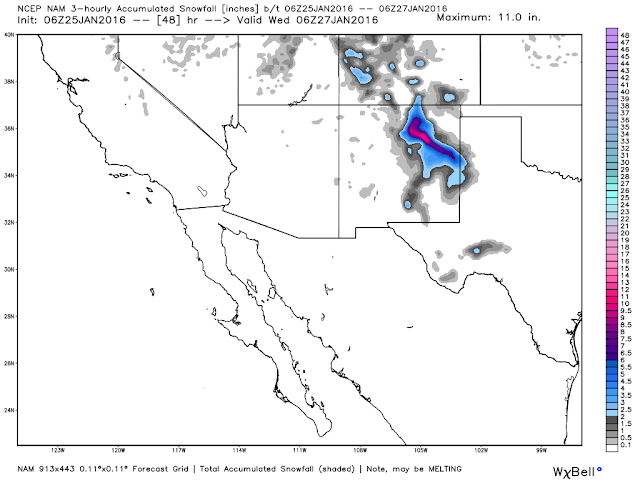 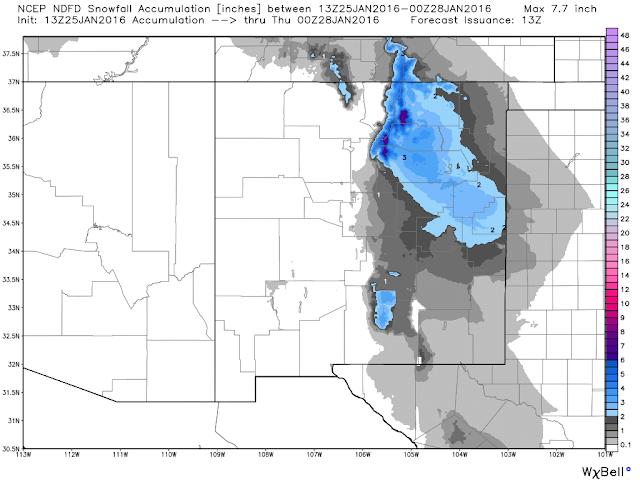 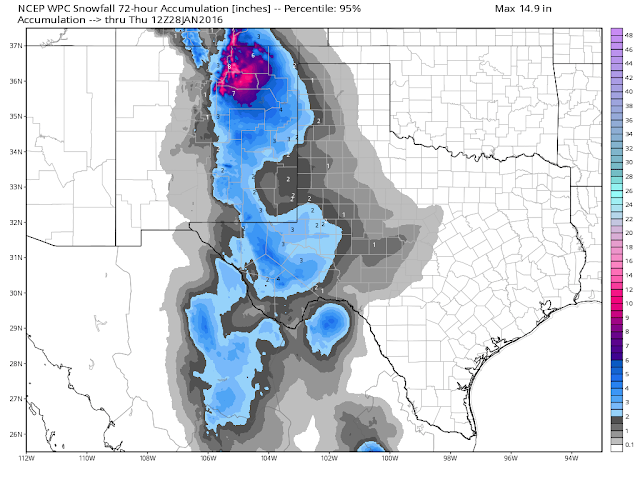 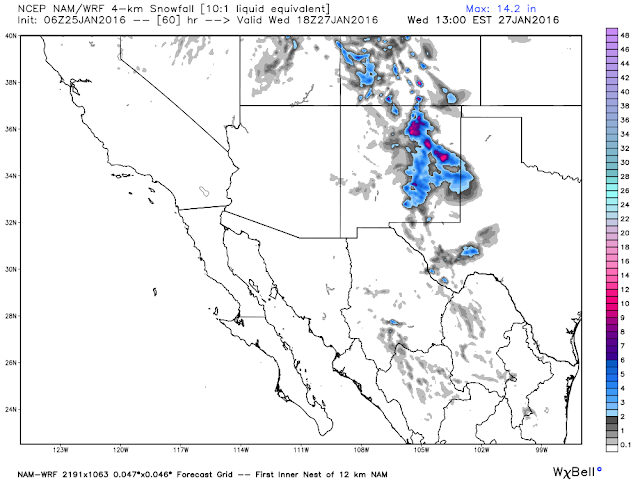 Current National Weather Service forecasts are calling for perhaps and inch or two of snow in the Ruidoso, Roswell, and Elk areas with a dusting to perhaps an inch in some places across the rest of southeastern New Mexico. This inbound storm will be somewhat moisture starved therefore one of the reasons for the low snowfall totals forecast. Another reason for this is that the ground is fairly warm due to our recent stretch of warm and dry weather, and given that this next storm will exit the area fairly quickly and not linger.