Powerful Cutoff Low Headed To Mexico City For A Vacation - Or Not? 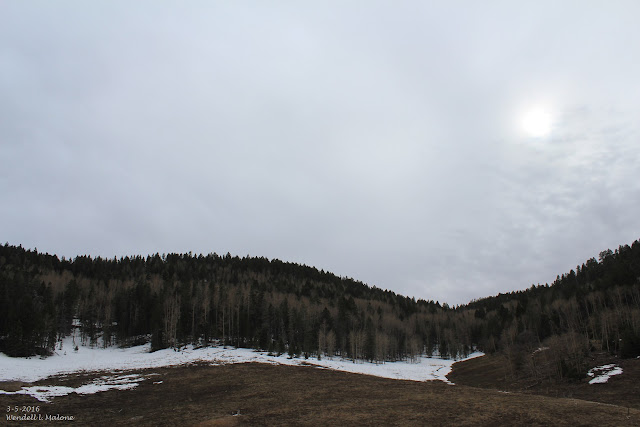 Fading Light Of The Day In The Sacramento Mountains.
As Is The Winter Snowpack In Russia Canyon South Of Cloudcroft, NM.

GFS Sends Powerful Cutoff Low To Mexico For A Vacation. 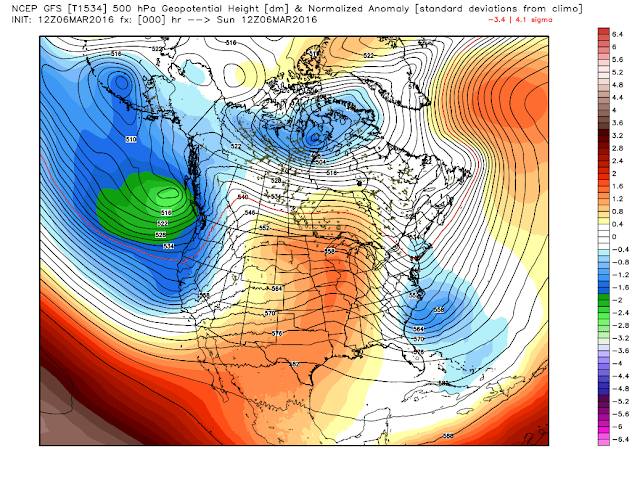 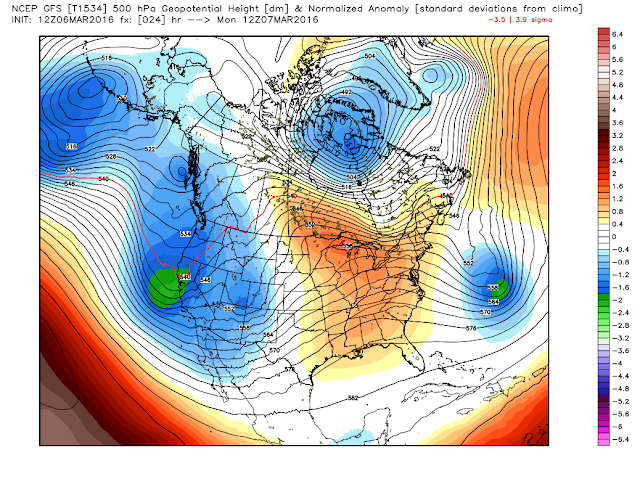 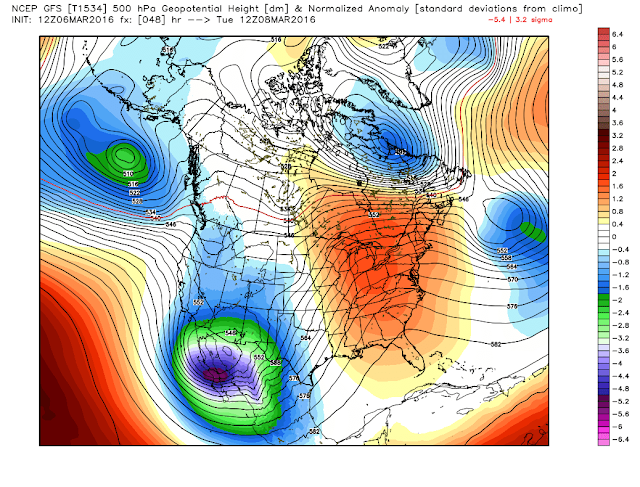 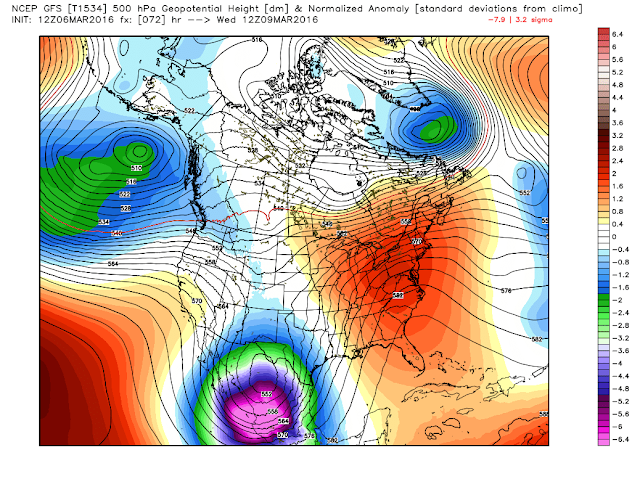 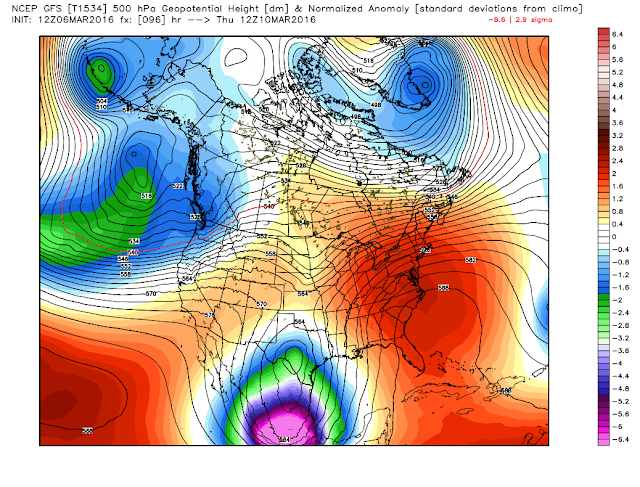 Holy crap Batman what are the forecast models doing with this storm? The latest GFS run (at 5 AM MST this morning) just basically bypasses New Mexico with the core or the worst weather associated with the storm and sends it south on a vacation deep into Central Mexico. Last nights run of the European (ECMWF) takes it south all the way to Mexico City! This is ridiculous. What a waste of a really good storm if this forecast pans out! Meanwhile as the first wave hammers California parts of that state have already received 8 inches of rain. 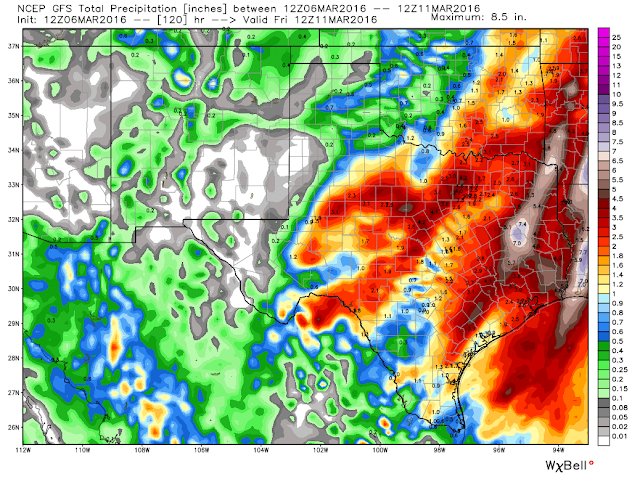 If this latest run of the GFS forecast model is correct then we get left out rainfall-wise here in southeastern New Mexico. Talk about a change in its forecast twenty four hours ago this model was forecasting 4" of rain for Carlsbad. This mornings run just a trace. 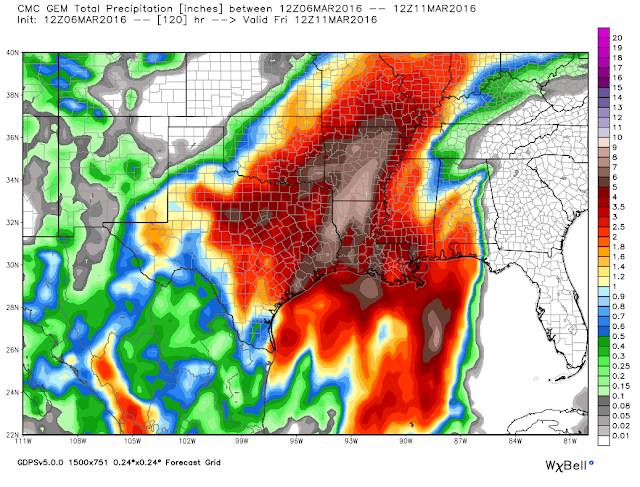 This mornings run of the Canadian model (GEM) still holds the precipitation shield back a little further over the state with the heaviest amounts (just short of 2") over Eddy and Lea Counties. 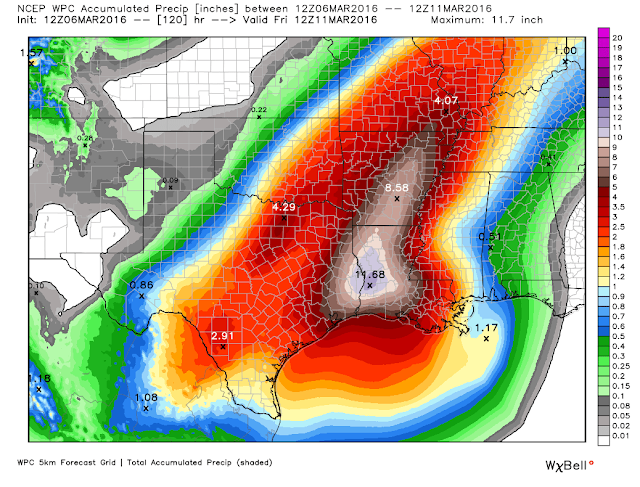 This mornings run of the Weather Prediction Centers (WPC) model follows suit with the GFS model and pulls the heaviest rains south into southeastern Texas and Louisiana. Most of southeastern New Mexico is left high and dry. 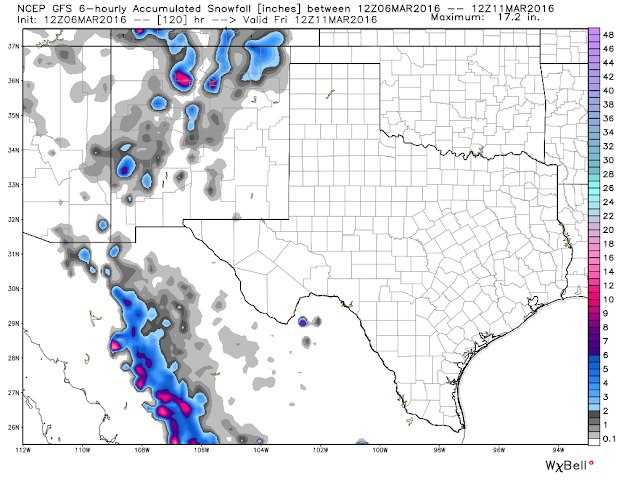 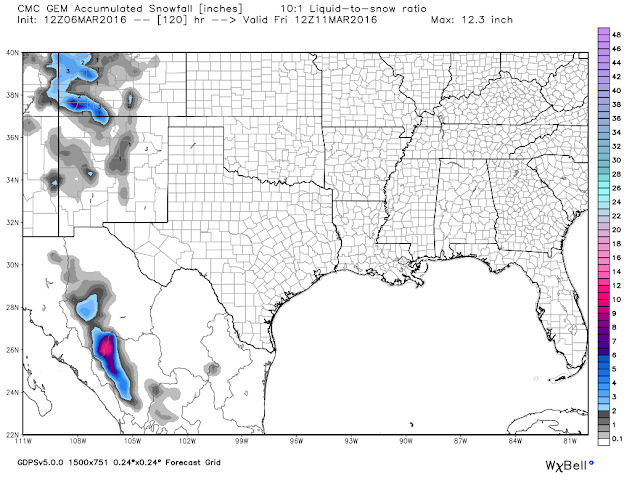 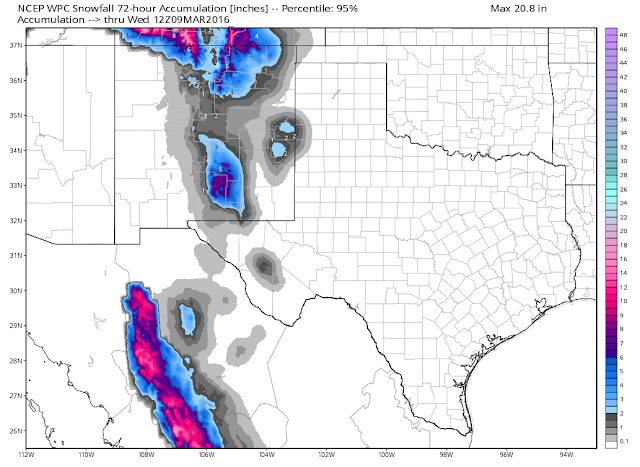 As with the rainfall forecasts the models have backed off on the snowfall forecasts from this storm over the state. The GFS went from forecasting 1-2 feet of snow over the higher elevations of the Sacramento Mountains to maybe an inch or two.

Yesterday I talked about as powerful as this storm is likely to be it would also hold some surprises. What I see this morning is that the models are still struggling with this one. So take the above forecasts with a grain of salt. I'd be willing to bet that the models flip back around the other way and end up forecasting more rain and snow for the state. The fat lady hasn't sang just yet and the jury is still out on this one. It ain't over till its over and it ain't even started yet. 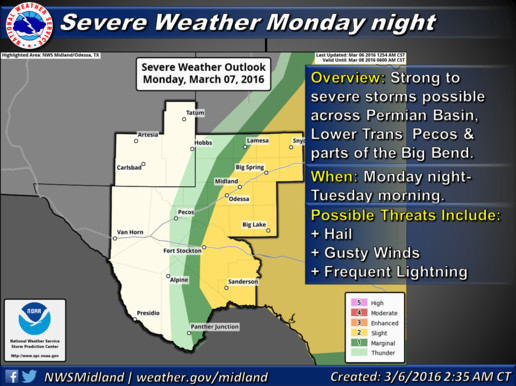 Our old friend the dryline has returned to southeastern New Mexico. A rich fetch of low level moisture being transported northwestward from the Gulf of Mexico east of the dryline has produced areas of fog and low clouds locally this morning. As is typical this early in the spring the dryline will mix eastward later this morning and end up over West Texas by this afternoon. Once again it will retrograde westward after sunset back in southeastern New Mexico tonight. And again it will mix out or move east back into West Texas Monday afternoon. Back and forth we go is rather normal this early in the season.

Late Monday afternoon and evening a few severe thunderstorms are forecast to fire up over West Texas along and east of the dryline. Aided by a very strong low level jet some of these storms will produce large hail, damaging thunderstorm wind gusts, locally heavy rains, and the always present deadly cloud to ground lightning. 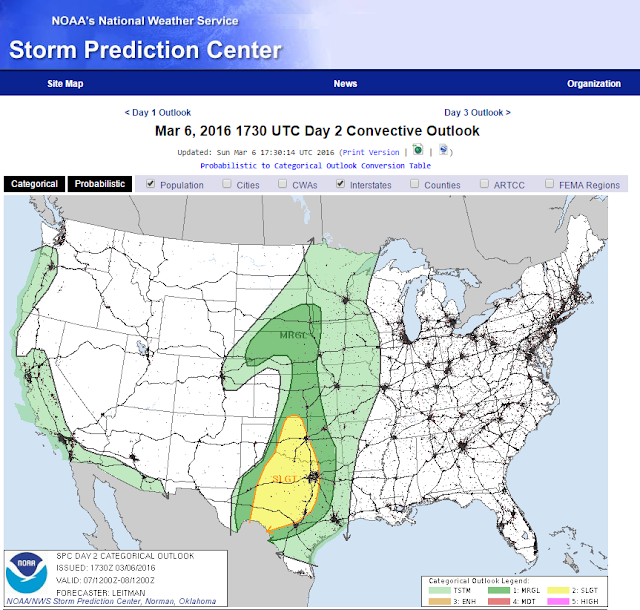 As the potent upper level storm to our west begins to dig southward into northern Mexico a more widespread threat for severe weather will occur on Tuesday.

The Truth Is Stranger Than Fiction!
on March 06, 2016
Posted by Wendell Malone