RTMA Temperatures @ 7 AM MDT This Morning. 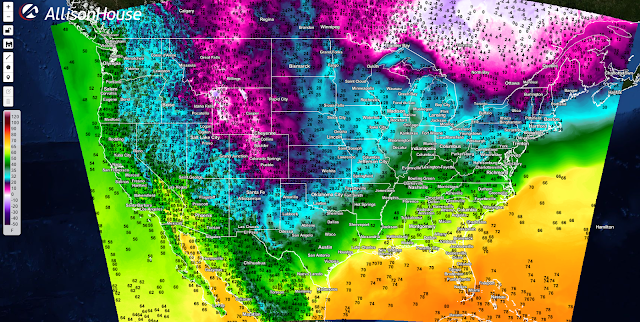 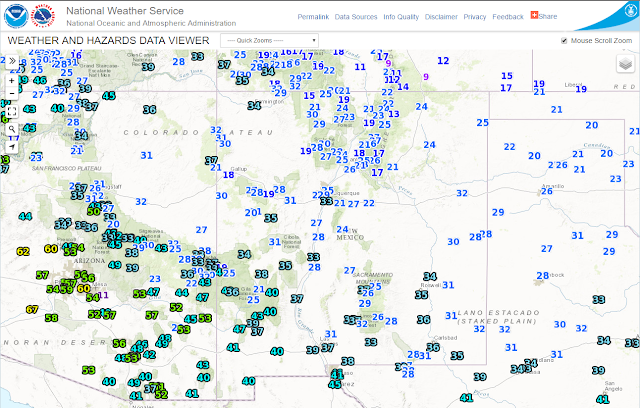 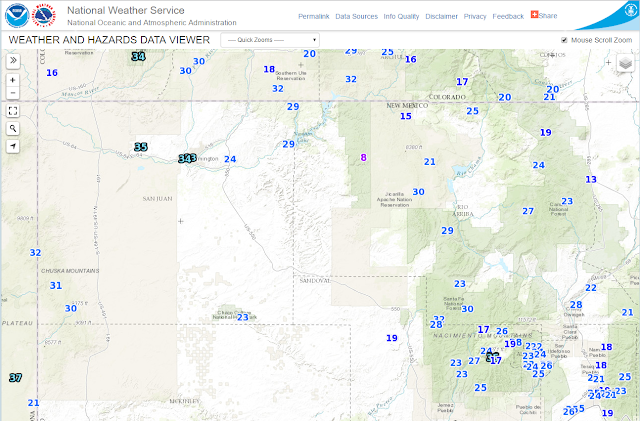 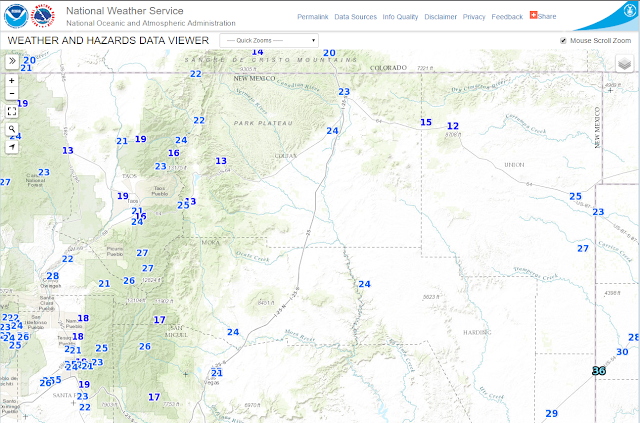 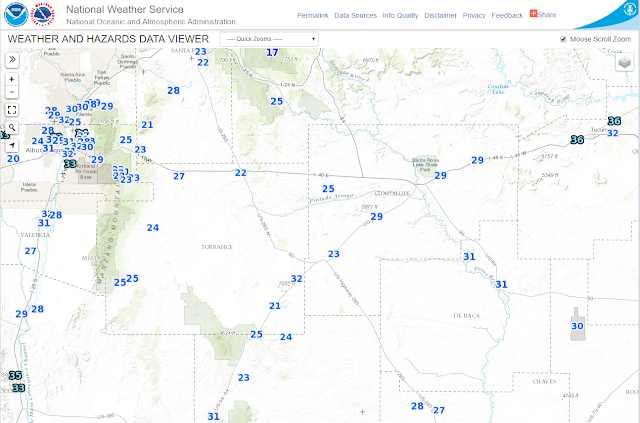 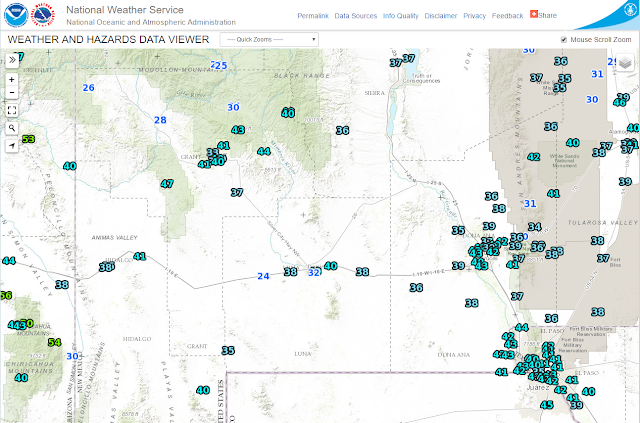 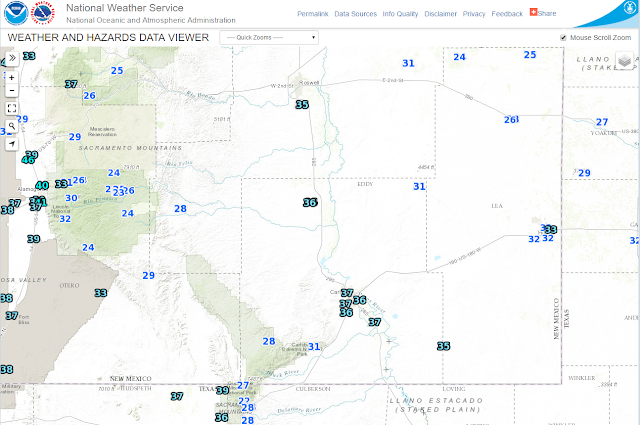 Low temperatures this morning the last day of the calendar winter were rather chilly. My low here at our home in northwest Carlsbad was 37°F. Tonight's are forecast to be about five degrees or so lower than this mornings therefore its likely that most of us will see a freeze in the morning.

Given the recent late winter and early spring warmth many of us have been fooled into thinking that we've already experienced our last freeze of the season. Tonight's freeze might not be the last one of the season either. 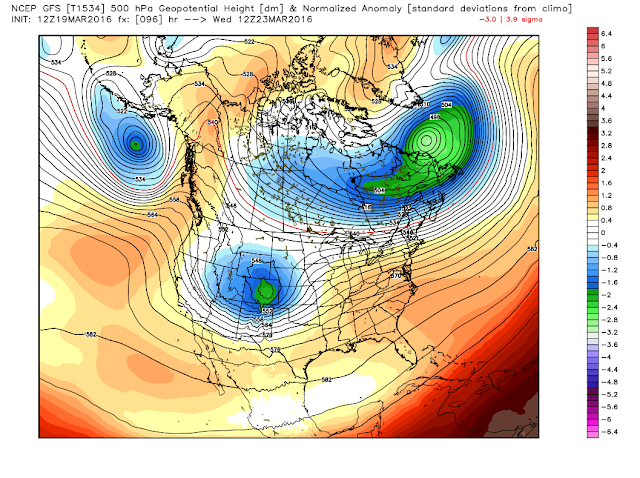 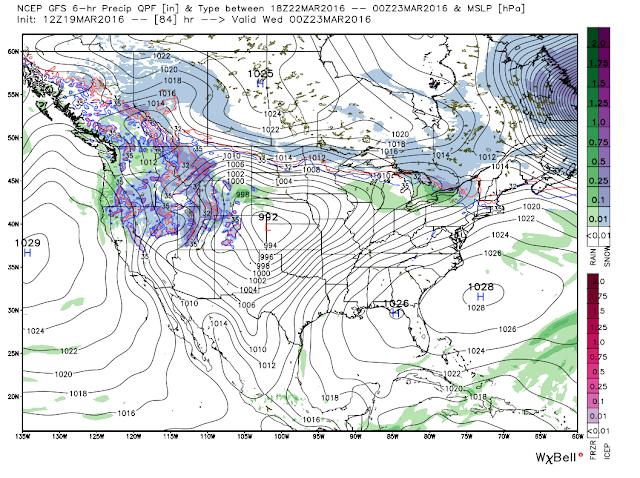 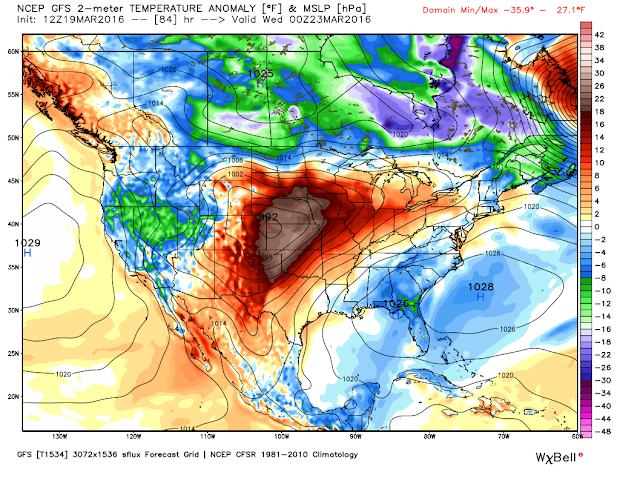 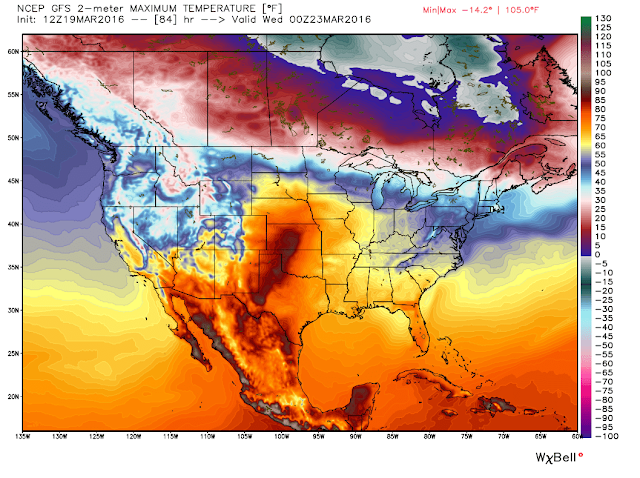 Our next upper level storm forecast to impact the area will arrive in the late Monday - Wednesday time frame. This storm looks like its taking the northern route across southern Colorado so guess what that means for us locally? You got it...our next March windstorm. Tuesday-Wednesday look to be rather windy statewide not to mention the blowing dust that may also accompany the strong southwest-northwest winds.

Our high temperatures by Monday should be flirting with the 80-degree mark and Tuesday will see the mid-upper 80's.

The Truth Is Stranger Than Fiction!
on March 19, 2016
Posted by Wendell Malone