What Goes Up - Comes Down - Eventually. 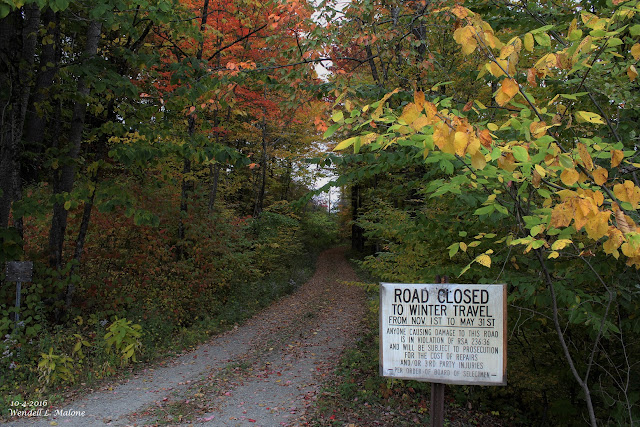 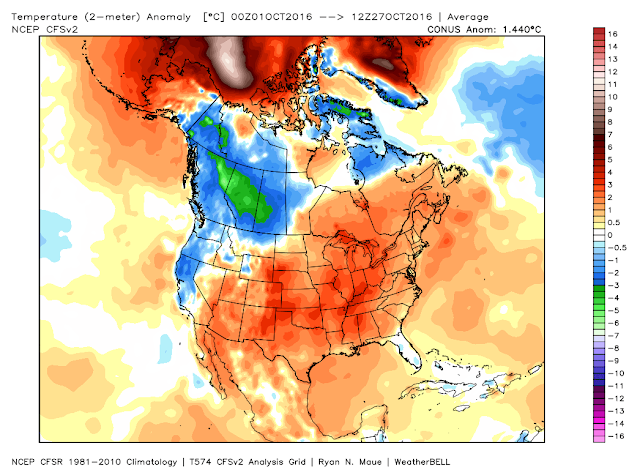 So far this October has been rather warm and dry for New Mexico. And warm (above normal temps) for much of the nation. Normally we would be getting very close to experiencing our first freeze of the season but this is not to be for awhile. Perhaps not for another 10 days to two weeks here in SE NM if not longer. 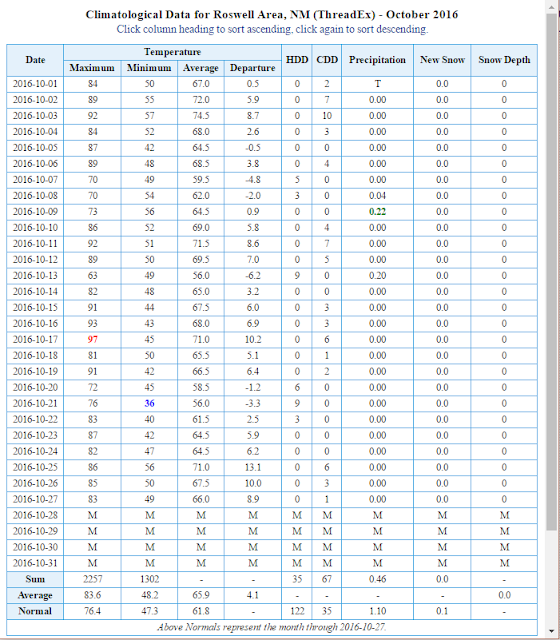 Average temp so far this month= +4.1 above normal. 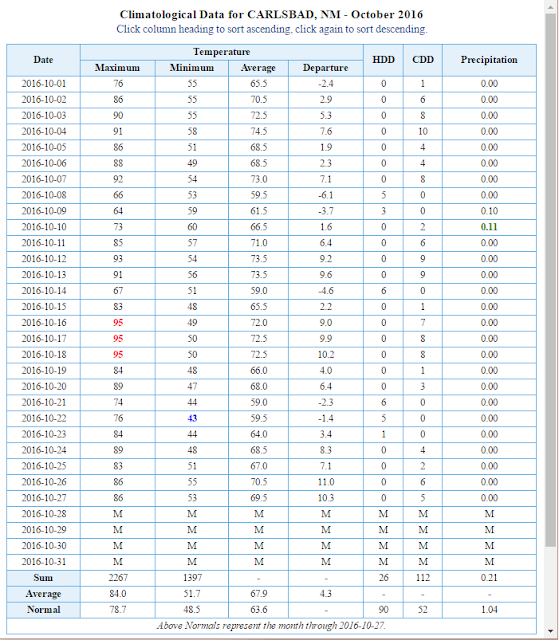 Average temp so far this month= +4.3 above normal. 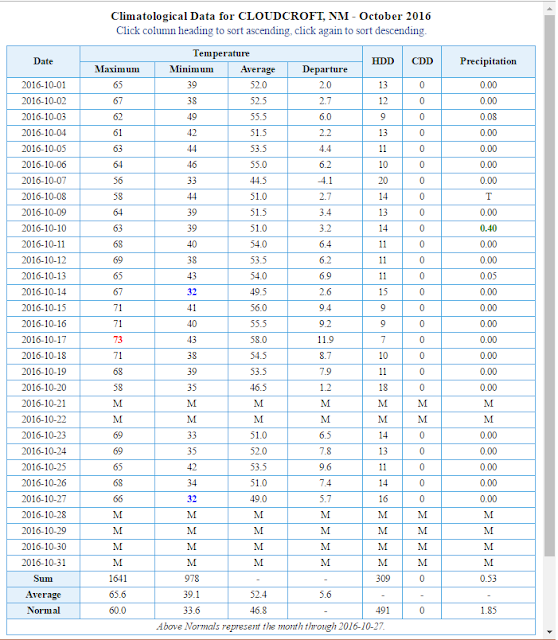 Average temp so far this month= +5.6 above normal.

There is an old saying that goes like this: "What goes up - will come down." Time and time again this has proven to be true in the weather world. Octobers weather may be warm and tranquil now but in time this will change. Just because its warm now does not necessarily mean that it will stay this way through the coming late fall and winter.

Early Start To Winter From Europe East Into Siberia. 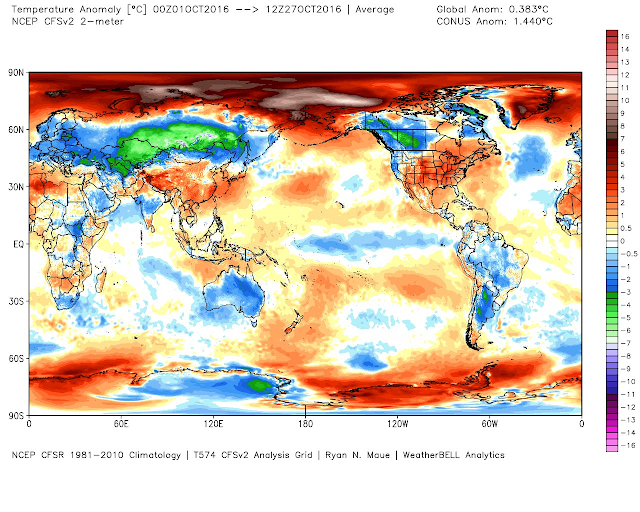 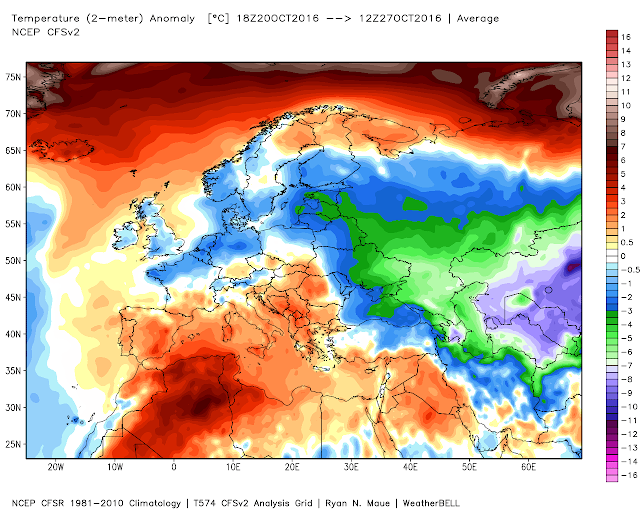 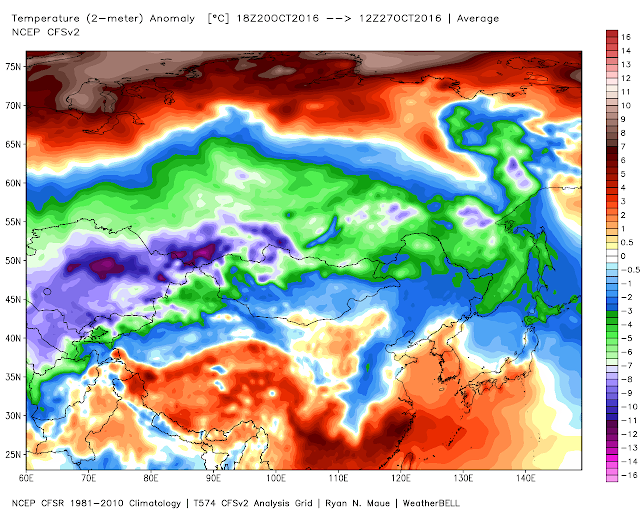 These three maps above show that the average temperature so far this month has ranged below to much below normal across the European and northern Asian Continent. This is important because it may give us a clear indication of what our coming weather may look like in the U.S. in a couple of weeks. The cold that has been bottled up here will likely translate eastward into the U.S. in the coming weeks/months. Trying to figure out when and just how cold is always a major challenge. Notice too that much of Alaska southeast into Western and Central Canada has been below normal too. 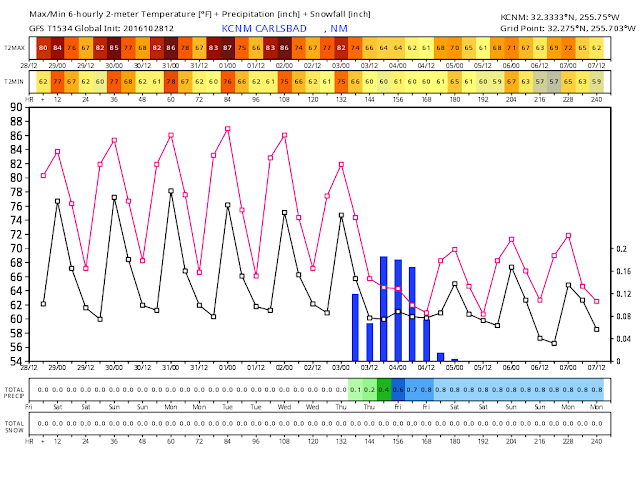 The models are hinting at a change come the middle of next week. A cutoff or closed upper level low is forecast to drop into the area by mid week perhaps giving us a shot at some rain and cooler temps.

What Lies Ahead This Winter? 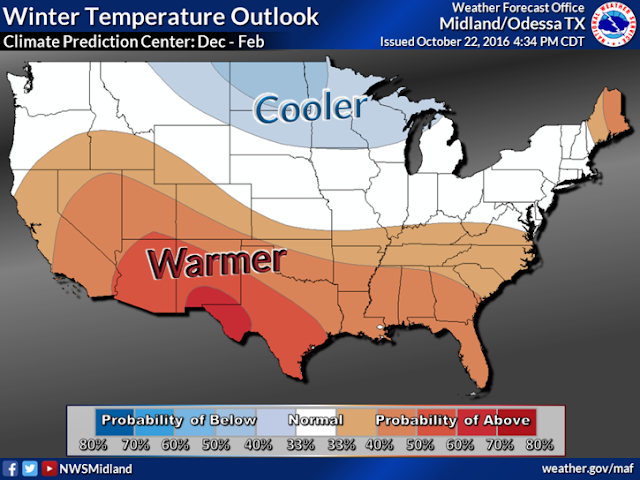 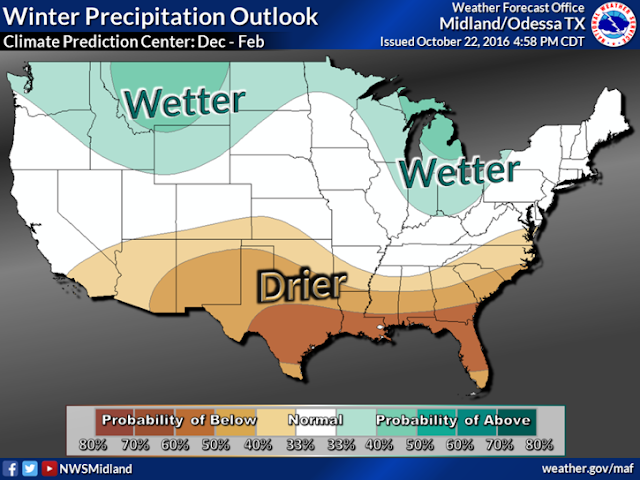 Long range weather forecasting in my opinion is risky business to say the least. I've never been a fan of this simply because there is just too much that we don't know about the atmosphere, the oceans, and the sun, and how they interact together. To say its complicated hardly gives the subject justice.

I do not, nor have I ever bought into the AGW/Climate Change foolishness that mankind is somehow changing the planet's climate. I do however believe that the planet's climate cycles both on a short and long term scale. Trust me the impacts from what occurs on the sun and its direct and indirect influences upon the earth's atmosphere and its oceans are by far more important that anything mankind can do.

Not everyone agrees with the NWS long range forecast above and I will post more on this in coming weeks. 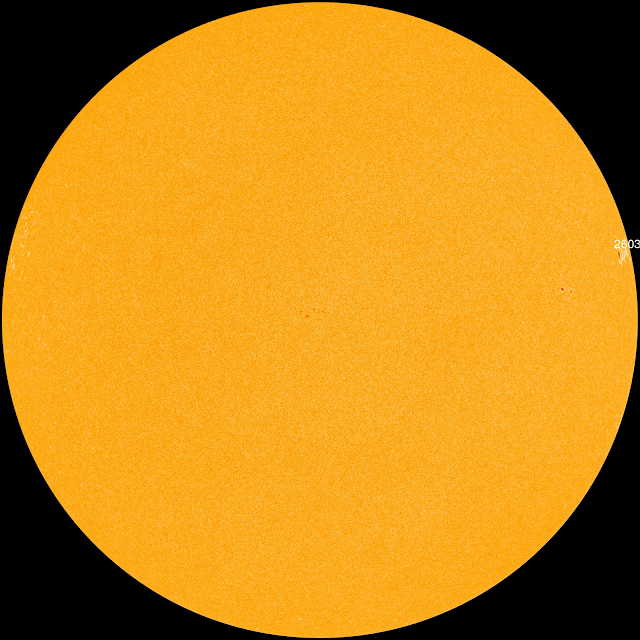 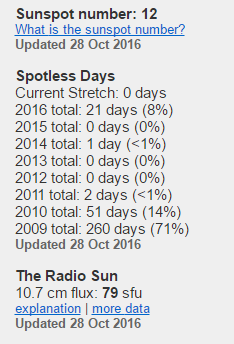 Our Sun Is On The Verge Of Becoming Spotless Again.

Without a doubt this upcoming winter is going to be very interesting given the fact the our sun continues its spiral downward as far as sunspot activity and brightness (API) is concerned. This combined with the earth's oceans and atmosphere as they react to the sun's activity. Complicating this upcoming winter forecasts is the current transition out of a strong El Nino to La Nina conditions across the Equatorial Pacific Ocean. The jury is still out on how this all will unfold so check back for updates in the coming weeks.

What Does History Say?

I've been looking back into our local climate records at some of our coldest winters here in southeastern New Mexico and comparing them to the pattern setup we have now and what may come this winter.

Digging through our local newspapers and local historical records spanning the mid 1800's up until the early 2000's I found some pretty amazing stories. Remember that the Dalton Solar Minimum ended in 1830. Here are some of comments from those stories:

Listed below are some of our temperatures recorded by our local National Weather Service Climate Co-Op Stations. These are our top coldest daytime and overnight low temperatures for Roswell, Artesia, and Carlsbad.

Note: These values do not reflect the current climate data being used by NOAA since that organization decided a couple of years ago to alter its records to reflect its current Climate Change policies as dictated by the powers to be in Washington, D.C. I've kept copies of the older Climate Data records before they were altered and this is what I am using below.