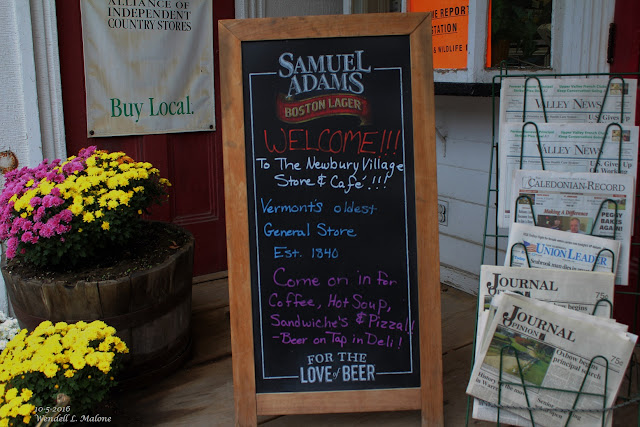 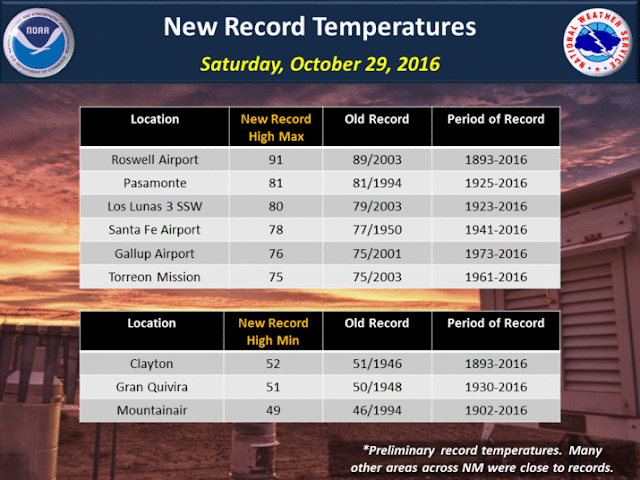 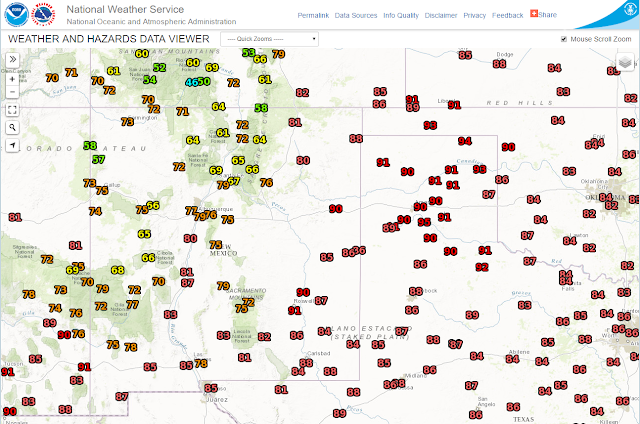 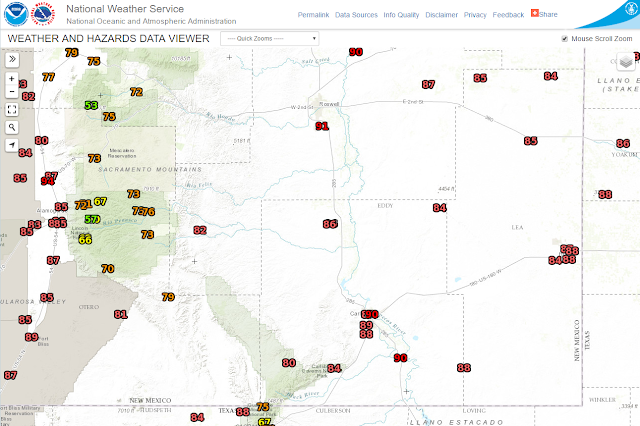 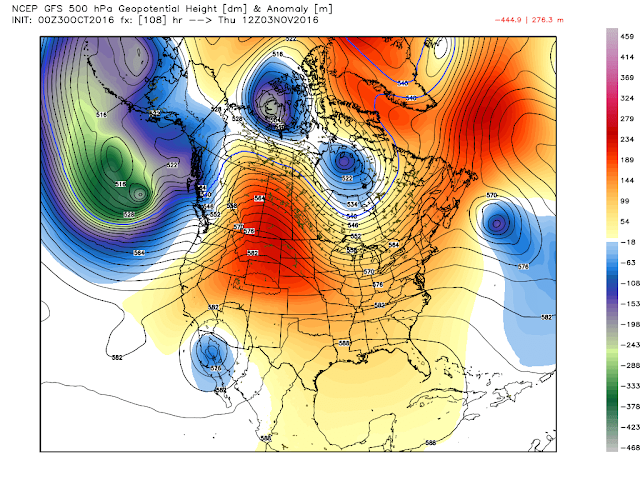 Last nights 00Z/6 PM MDT run of the GFS model drops out cutoff low into northern Baja, California by sunrise next Thursday morning. The computer forecast models are showing signs of disagreeing on exactly where this storm will end up and for how long. Which is fairly typical for this type of storm. It may end up wobbling around northern Mexico into next weekend.

Rain Upon The Plain & Mountain? 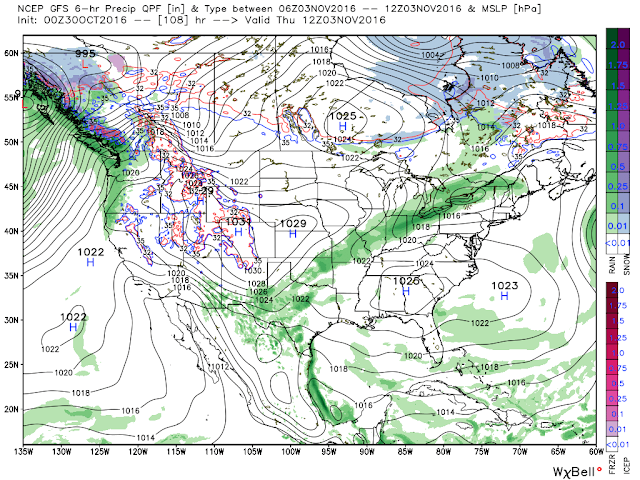 Last nights GFS surface map forecast shows that a backdoor cold front will be moving southward and westward down the eastern plains of New Mexico Wednesday into Thursday morning. Low level upslope from from the southeast is forecast to combine with the lift and instability of the cutoff low to our west to help moisten up and destabilize the atmosphere. Therefore the calendar may say that its the first week of November but thunderstorms are forecast over the area Wednesday into at least Thursday. Some of these may be strong. Cooler temps will invade the area behind the frontal passage. 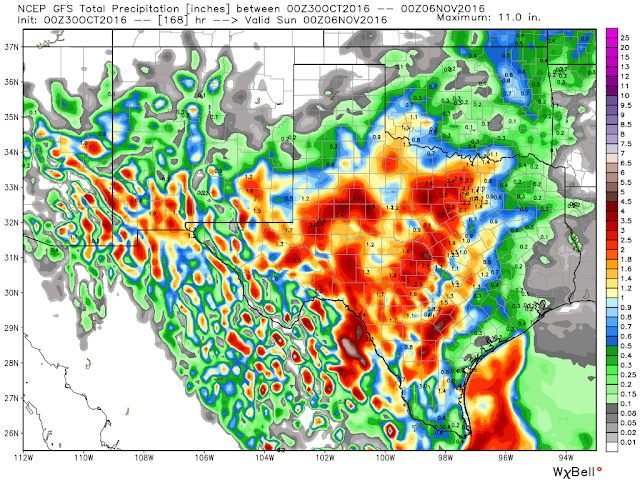 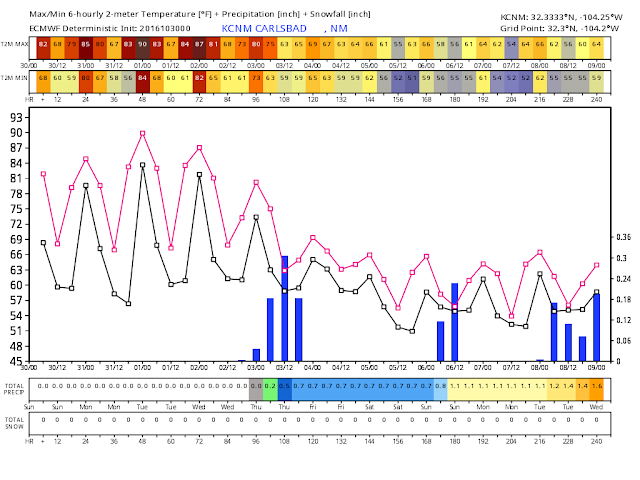 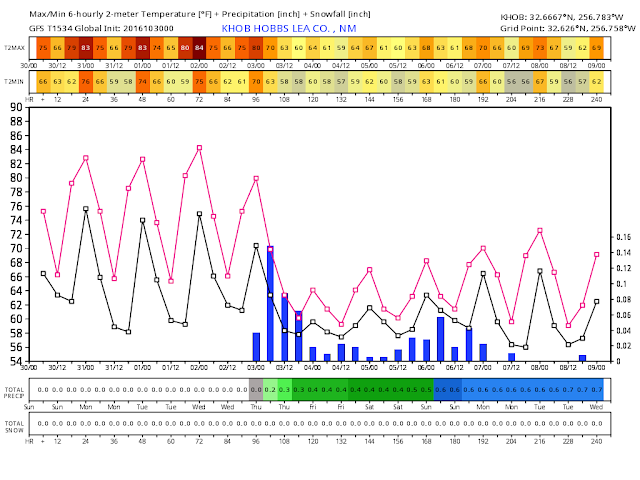 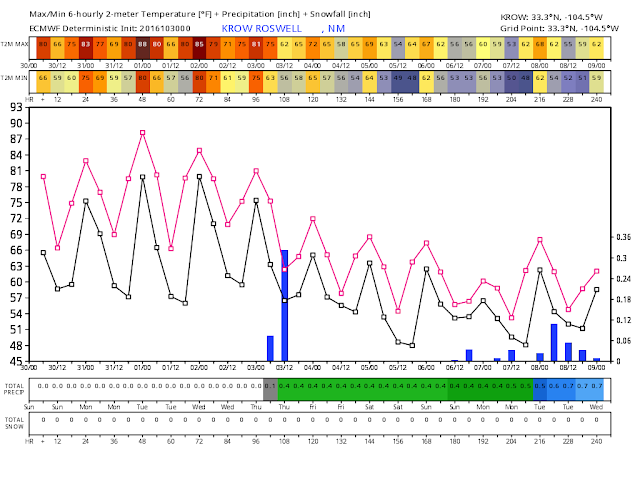 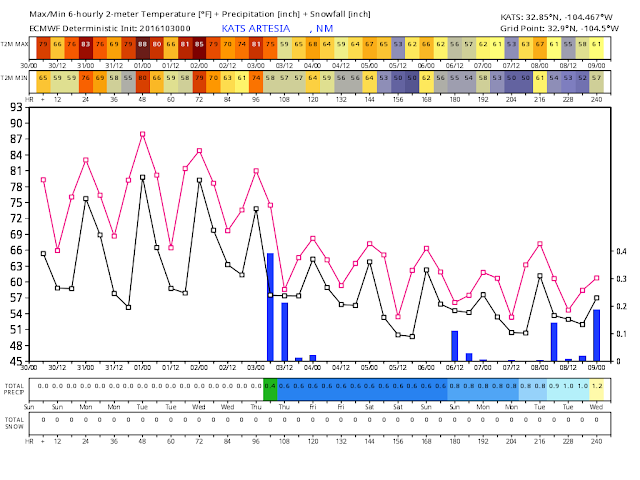 Our chances for a decent rain still look good. Last nights run of the GFS model continues to paint 1" to 1.50" across most of the southeastern plains from Wednesday into next weekend. This is not 100% for certain though. Should the cutoff low to our southwest end up digging further west and stalling then our chances of rain would be less as would the amount that falls. 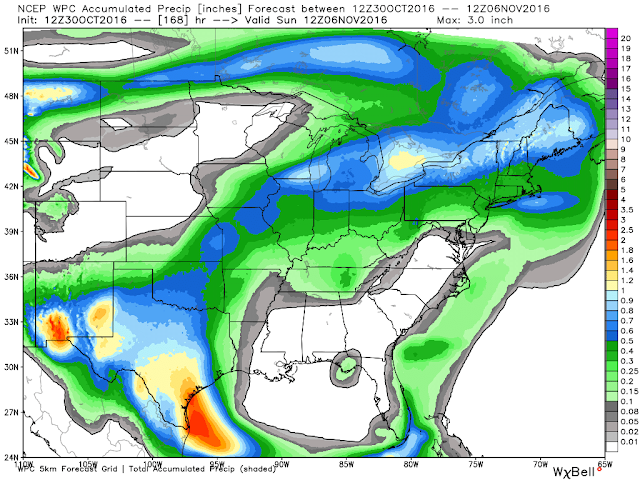 Where Is Our Freeze? 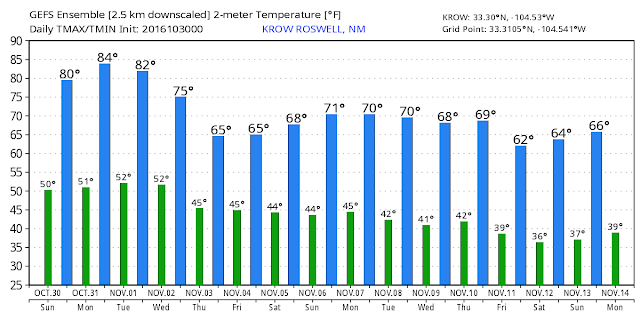 Nowhere to be found anytime soon according to the GFS Ensemble model forecasts. Normally the Pecos Valley sees its first freeze by the last week of October into the first week of November.