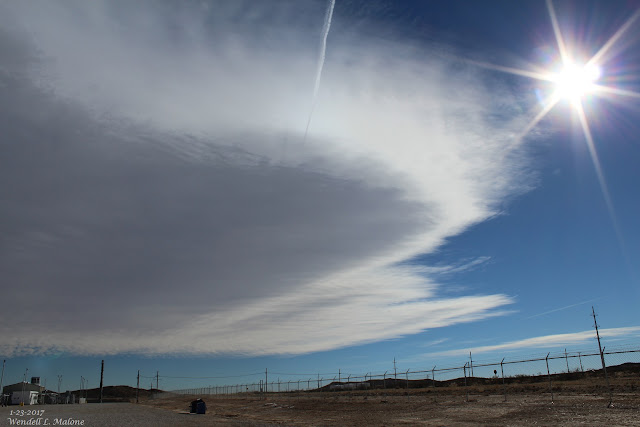 Wondering The Folks On That Jet Had A Rough Ride...Note The Contrail Passing Through The Lenticular Cloud. 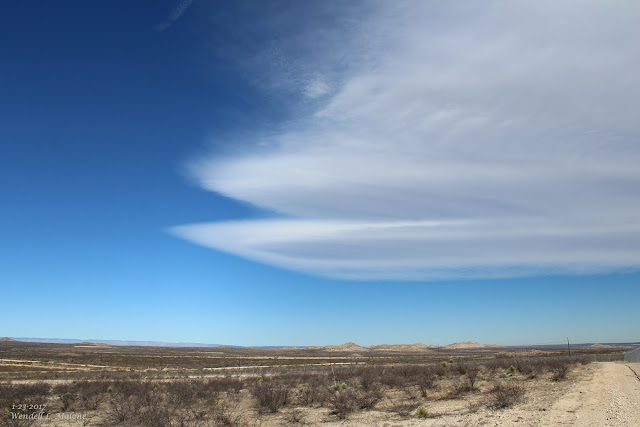 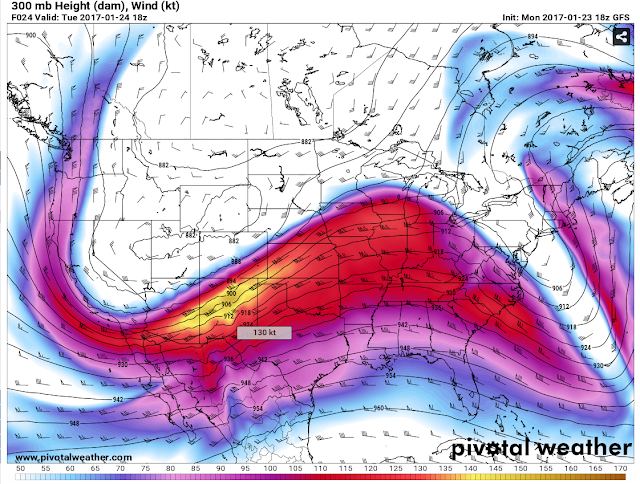 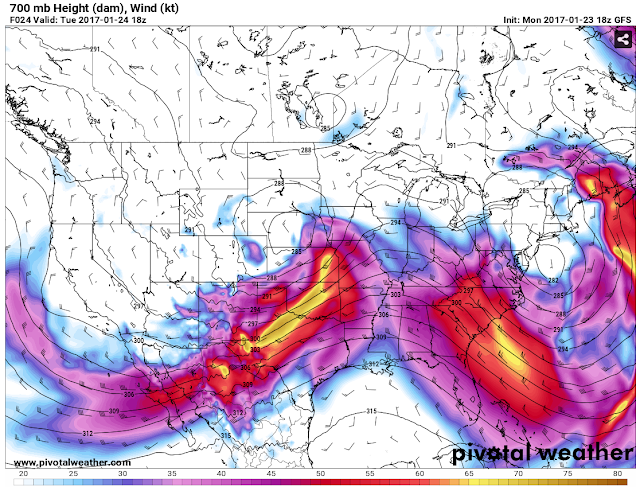 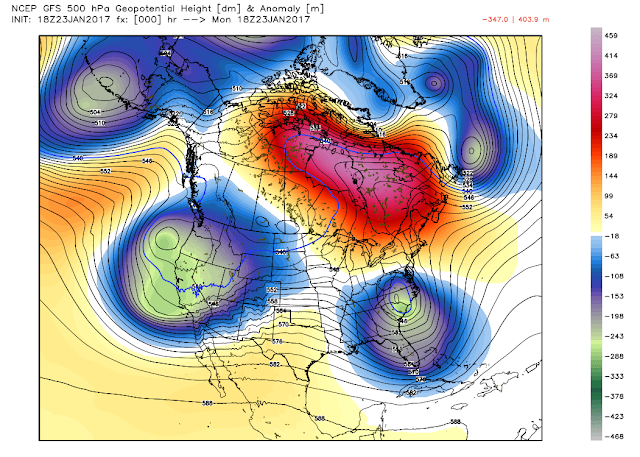 A deep cold closed low is located west of Portland, Oregon and is forecast to drop southeastward dragging a trough of low pressure at the mid and upper levels of the atmosphere across the region tonight into Wednesday. This is a fairly cold storm with temperatures at its core down to -30ºC/-22ºF. 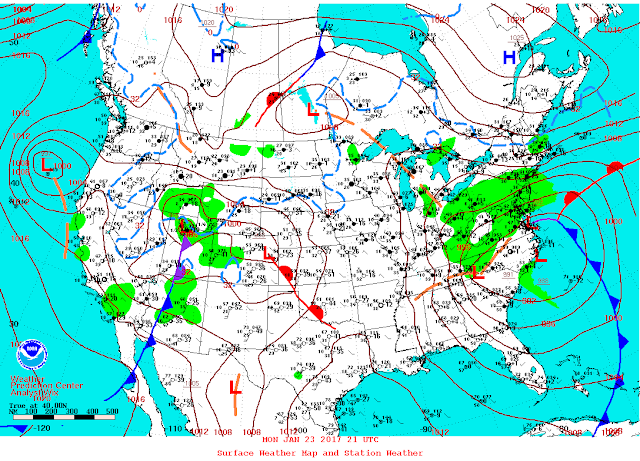 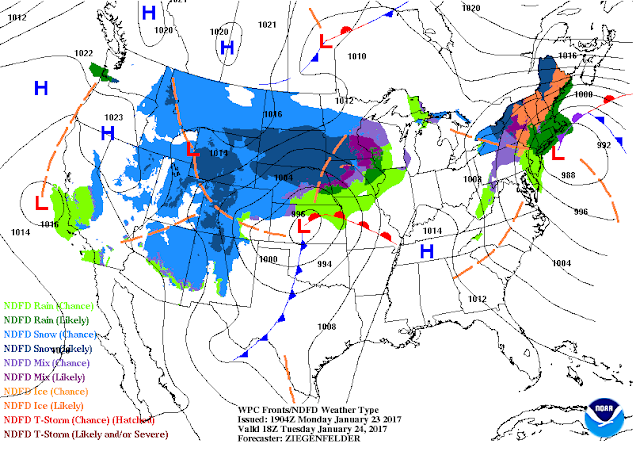 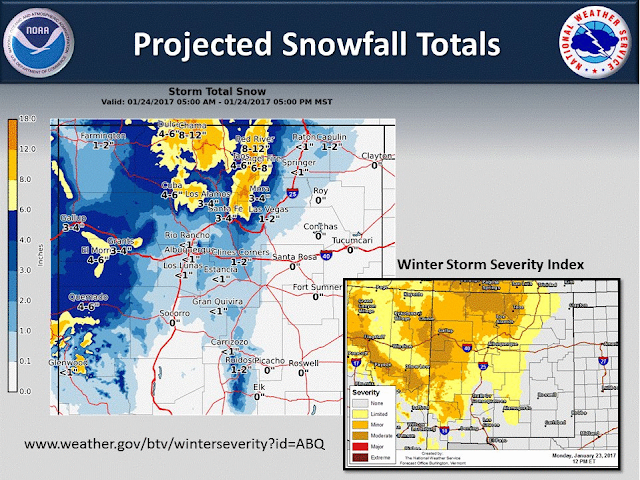 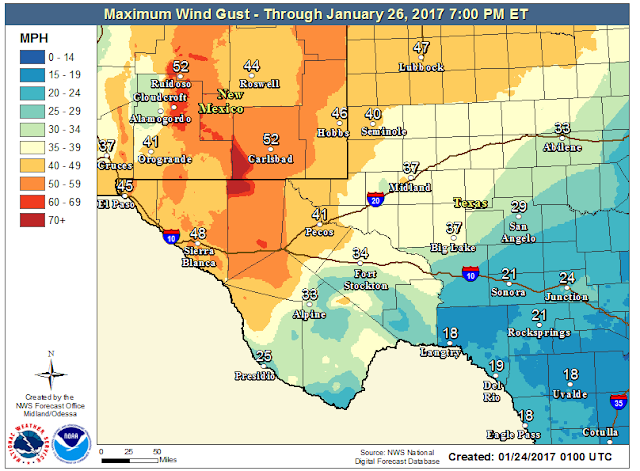 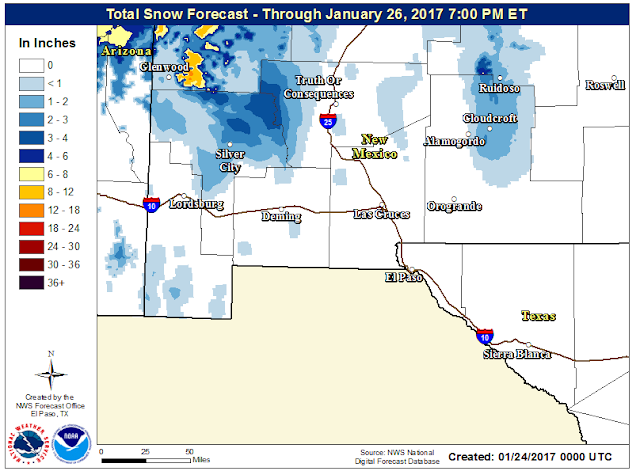 So we know that the winds aloft over the area tonight into tomorrow are going to be strong with a cold mid and upper level storm approaching the state from the northwest. This energy is reflected at the surface via a fast moving surface Pacific cold front. As of 2 PM it was slicing eastward through Central Arizona. This front will literally blow eastward through New Mexico tonight into tomorrow morning. Check out its forecast location by around noontime tomorrow...dropping southward out of Southwestern Kansas south through West-Central Texas. Bad news for us...the wind is going to howl.

High Wind Warnings are now in effect for the Guadalupe Mountains of Southeastern New Mexico and West Texas. Southwest winds are forecast to crank up to sustained speeds of 35 to 55 mph with gusts near 70 mph throughout tonight. These winds will then shift around to the west with the frontal passage and become sustained at around 35 to 60 mph with gusts near 85 mph on Tuesday. Those of you who may have travel plans through Guadalupe Pass on U.S. Hwy 62/180 may want to reconsider your route due to the dangerous cross winds. High profile vehicles and smaller cars will be subject to being blown over and blown off of the highway!

Wind Advisories will be in effect for Eddy,Chaves, and Lea Counties as well as across parts of West Texas tonight into Tuesday. Southwesterly winds will increase to sustained speeds of 30 to 40 mph with gusts near 55 mph. A few stronger gusts will be possible especially over and near the foothills and mountains.

Localized areas of blowing dust will develop across parts of the area especially over and near: freshly plowed or exposed farmlands, open fields and lots, construction sites, and other normally dust prone areas. Sudden drops in the visibility in these areas will occur with little to no advanced warning.

After seeing high temperatures this afternoon in the low to mid 70's (74ºF here at the house today in Carlsbad), colder air will follow the frontal passage tonight into Tuesday. Our afternoon high temperatures are forecast to range from the mid to upper 50's tomorrow, to around 50 Wednesday and Thursday, to the upper 40's to near 50 on Friday. Our highs are forecast to be some 20 to 25 degrees below normal for the rest of the week. Lows will be close to seasonal with readings mostly in the 20's.

Snow is forecast to fall in the Sacramento Mountains tonight into Tuesday with new accumulations forecast to be in the 1" to 4" range.